Beware of Spoilers to Batman #53, Ye Who Enter Here

The past month has been a trying time for Bruce Wayne. After being left at the altar, he’s had to deal with jury duty, of all things. Absolute torture for Bruce by writer Tom King. But it’s been an interesting arc nevertheless for us readers, Bruce, and Mr. Freeze. Gothamites hear from Batman himself about why Batman’s case could be inadmissible or flawed.

But despite the meta courtroom drama, that doesn’t mean there hasn’t been some great action. Lee Weeks is a splendid artist who creates amazing and iconic imagery with his pencils. That hasn’t changed with some of the beautiful art released since Batman #51. Now, the talented artist introduces a major change to Batman’s life: a style change.

Following in the footsteps of Superman, Batman has a new look. In the pages of Batman #53, Batman returns to his most memorable outfit, losing the Rebirth costume for the classic suit. 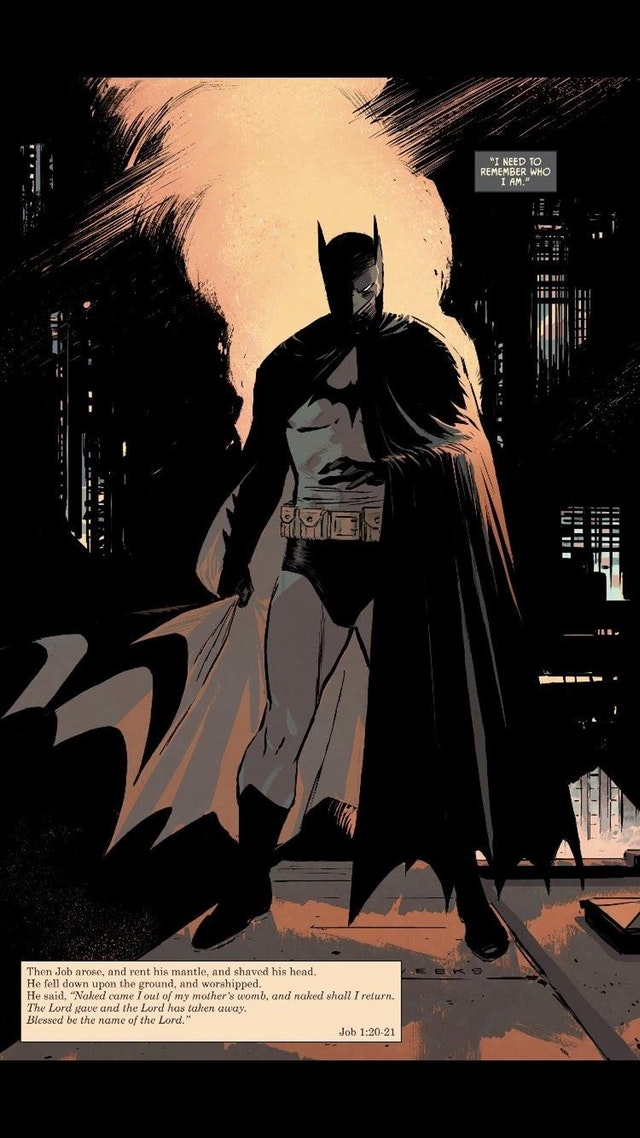 A simple mix of gray and black along with the classic yellow utility belt. Similar to his appearance in countless comics as well as Bruce Timm’s animated series. Before getting into the design, let’s point out that Lee Weeks doesn’t draw characters with an abundance of muscles, like almost every other artist does. It’s just not his style. So before getting up-in-arms about how lean Batman looks in the above image, remember that Weeks has always had a Golden-Age touch with his characters. [easyazon_link identifier=”1401260098″ locale=”US” tag=”boundingintocomics-20″]Pick up Batman: The Golden Age Omnibus Vol. 1 and help support Bounding Into Comics[/easyazon_link]. One that doesn’t embellish any aspect of any superhero.

It’s important to note that while this is the most famous Batman costume of all time, it’s definitely a step away from the most recent outfit introduced by Scott Snyder and Greg Capullo. 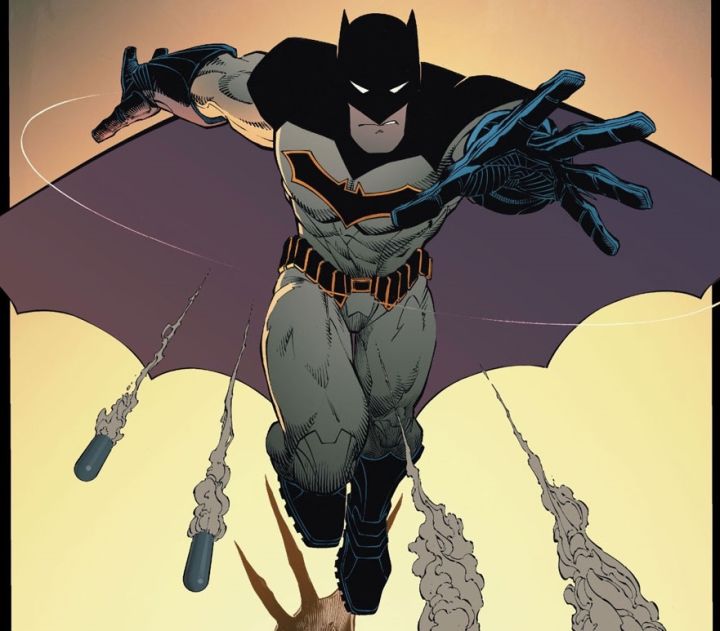 This is the Rebirth suit that was introduced in Batman #50 of the New 52 era. A simple but colorful outfit that looks more durable and somewhat militaristic. The gloves and boots look sturdy and armored, with detail lines accenting joints and muscles throughout the suit. Very modern.

Lee Weeks’ design is far-removed from that modern-day style. Which could be a problem. Fans are obsessed with superhero costumes these days. Classic costumes that resemble loose fabric over bare skin just aren’t believable. Yes, for Superman it works, but not for the likes of Batman. It will be interesting to see how other artist’s interpret this new design. If the costume appears anything like Andy Kubert’s work, readers should be plenty pleased.

Grays and blacks with shorts and a yellow belt. The same outfit. The only difference is Kubert’s use of muscles, compared to Weeks, who prefers to depict Batman in the more acrobatic and lean form of his origin. [easyazon_link identifier=”1401244025″ locale=”US” tag=”boundingintocomics-20″]Get Batman: Batman and Son here on Amazon[/easyazon_link].

Matt Wagner will be the next artist to showcase Batman’s redesign in Batman #54. He’s an undeniable talent, so however he chooses to design his Batman, fans should be excited for his guest-spot on the series.

Eventually fans will get to see just how artists like David Finch and Mikel Janin will bring this suit to life. Until then, Lee Weeks gave readers an interesting first look.