Across the nation, myriad once-successful comic book stores have shuttered their doors. The formerly revered bastions of nerd culture and community have been replaced by hip coffee shops and experimental restaurants, or merely left as a decrepit shell of plaster walls and loose fixture fossils. Recent years have seen an increase not only in comic store closures, but the frequency of said closures (2017 alone saw at least 50 comic book stores close between January 2017 and January 2018), and unfortunately 2018 does not signal an end to the trend:

“What a depressing morning. I’m sending out a postcard to comic shops that carry our comics and I’ve had to remove 15 of them from our list because they’ve gone out of business in the past month. ? But by all means, comic industry, let’s keep doing what we’re doing right?”

I’m having a similar summer to @petersimeti. My FB shop network lost four shops and got the word than two more are closing this month. Our world is broken and it goes beyond surface layer traits most of the fighting is about. There are big, fundamental problems in #comics.

Comic book sales have dropped significantly in 2018 (continuing trends from years prior), a trend that continues on a monthly basis across the board, despite the contrary rhetoric from comic professionals and insiders. As comic fans and store owners alike are lamenting the deaths of their meeting points for products and communities, many are clamoring for explanations and solutions. Unfortunately, the answers are not simple, and there are a multitude of factors that contribute to the decline in traditional brick and mortar sales.

Alternate avenues of purchase have put a significant dent in traditional comic book sales. The rise of convenient platforms where fans can rent for a much lower price point, rather than own, has had a significant impact on comic book sales. Streaming services, such as Comixology, Marvel Unlimited, and the recently announced DC Universe, allow fans who wish to learn the histories of their favorite characters to read the issues neatly, digitally, and at minimal cost. No longer does one have to spend hours hunting strangely numbered back titles or drop hundreds and thousands on every issue or trade paper back they wish to read.

Amazon, the company behind Comixology, also sees its online shopping and convenient home delivery putting a dent in traditional comic book sales. Simply put, Amazon’s prices and convenience are a significant factor in their rising market share. It is difficult for small comic book stores to compete with the gargantuan outlet. 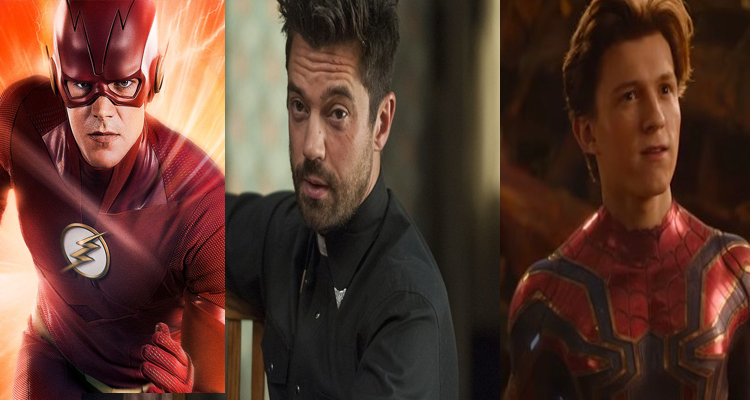 The Flash (Grant Gustin), Jesse Custer (Dominic Cooper), and Spider-Man (Tom Holland) have all made successful, quality appearances in television or cinema, drawing in old and new fans alike.

The heroes and heroines that grace the pages of print comics have also moved toward a more lucrative medium to tell their stories as well. From “Arrow” to Wonder Woman 1984, Netflix’s “Daredevil” to Avengers: Infinity War, superheroes have taken their place amongst the stars and silver screens. Movies are more accessible than comic book stores to most fans (even more so with this wave of closures), for not only are films and television cheaper than buying entire backlogs of stories in print form, but they also tell a story in a shorter amount of time, allowing for more people to invest their scarce time. As Michael Uslan put it, “The movies aren’t rescuing the comics; they’re replacing them.”

Changing markets aren’t the only cause of the downward trend. Across the board, horrible business practices are pushed by creators and insiders despite numerous backlashes. Marvel seems to have learned little from a catastrophic 2017, doubling down on pushing unwanted characters and storylines on a tired audience. 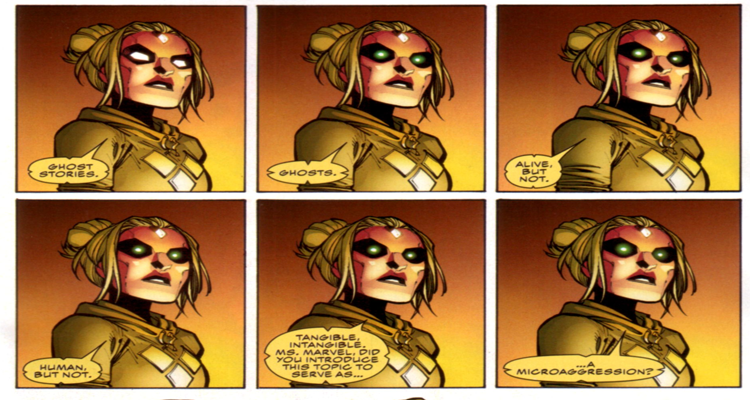 After Ms. Marvel suggests The Champions tell ghost stories around a campfire, Viv reaches to believe that the innocent act of suggesting an activity is a microaggression against her. Many of Marvel’s titles have similar blatant and jarring ‘social justice’ moments within in their pages.

Books that rely on tired pandering, like The Unbeatable Squirrel Girl, Iceman, and The Champions, are pushed upon audiences who have staunchly voted against their desires for such books with their wallets. These books aren’t selling, and it’s not because of imagined bigotry, but rather because of their low quality. The dialogue is written as if by a tumblr blogger, the characters are shells of themselves, and the stories ham-fistedly attempt to insert social justice narratives into the foreground of every book. Alongside Marvel’s tendency to habitually relaunch books (in an attempt to push books with a new first issue), confusing fans and store owners alike when looking for the next book, these issues push readers away. 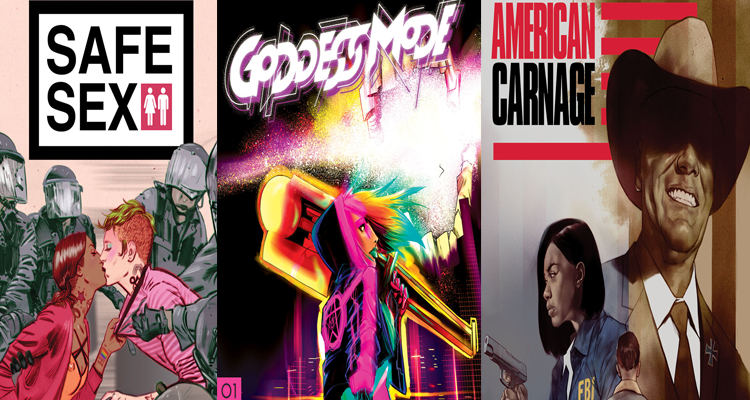 Safe Sex, Goddess Mode, and American Carnage are three titles being produced under the newly revived Vertigo imprint. Their themes and stories are presented in solicits as unsubtly as possible.

DC, who normally limits their social justice pandering to a few specific titles amongst their wide line of books, has also announced a reboot of their Vertigo imprint. Vertigo, once a line for adult stories that broke from the restrictions of the Comics Code Authority, will focus on books blatantly pushing activist agendas, much to the dismay of long-time comic book fans. Fans were dismayed to see an adventurous and experimental imprint become home to, as DC Vertigo Executive Editor Mark Doyle stated, “Stories [that] just felt really relevant and really topical… Whether it was a smart take on immigration fears or what it’s like to be a woman on the internet, these are all things that are just constantly in the headlines and not going away.”

The biggest factors in the drastic decline in comic book sales are the creators themselves. In a twist of irony, these same industry insiders and creators regularly take to social media to condescendingly insult their established fans and prospective audiences. Creators wantonly dismiss legitimate criticisms and discussions, opting instead to label anyone who doesn’t completely agree with their opinions or statements as a bigot or a Nazi (In fact, the term Nazi has been thrown around so often at any possible disagreement, that it’s meaning has been extremely diluted). Old fans who once supported their books are systematically being dismissed while new fans are turned away by the people they wish to support. Creators are willing to disavow the old guard for the new, only to find that there is no new guard, and that their empires are in ruins due to self-siege. 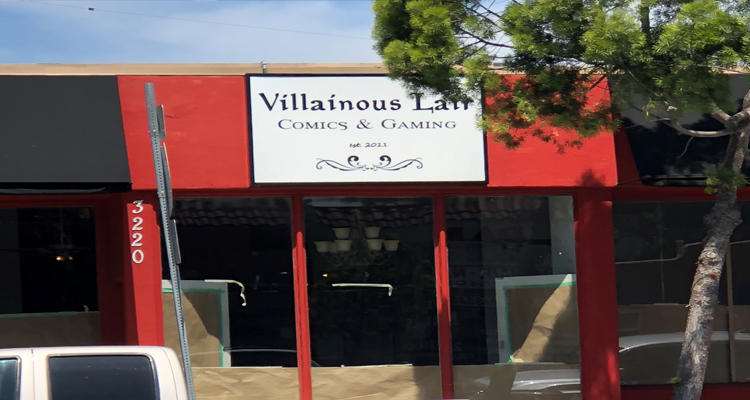 Villainous Lair, a former San Diego staple for comics and gaming, is sadly yet another casualty caused by poor market practices and sales.

While the comic industry has learned to adapt and explore opportunities to counter outside business trends, creators and insiders act counter to this goal, doubling down on their current talking points: forced diversity, embarrassingly blunt political statements, regularly antagonizing and berating the audience, and pandering to an audience that doesn’t read their finished products.

There is so much turmoil in every aspect of the comic book industry that it would not be far-fetched to speculate that another crash is on the horizon. Though none want to see their respective and favorite comic book stores close, perhaps it is the Hail Mary pass needed to finally see productive change. Until then, comic creators will continue to double down, shouting ever futilely that their initiatives are successful at the ghosts of fans and corpses of stores long since alienated.