After many months of going radio silent as to why she left Instagram, Star Wars actress Kelly Marie Tran has finally broken her silence. Writing a piece for the New York Times titled “I Won’t Be Marginalized by Online Harassment,” the Star Wars starlet opens up about many things related to her departure from social media.

Though notably missing was any evidence or examples of the online harassment that prompted her departure.

At the very beginning of the essay, the actress talks about her being a female and nonwhite left her feeling as if she “belonged in margins and spaces.” The idea being that because she isn’t white that she was meant to be a minor character both in film and in life.

Tran goes on to relate stories from the beginning of her life that she cites as examples of why she felt that way. From discontinuing her use of Vietnamese due to bullying at age nine to an incident when she was seventeen and a waitress had mistaken her for a foreign exchange student. This happened while she was eating dinner at a restaurant with her white boyfriend and his family.

Examples like that, according to Tran, enforced a narrative that made her feel as the “other” within our predominantly European society. 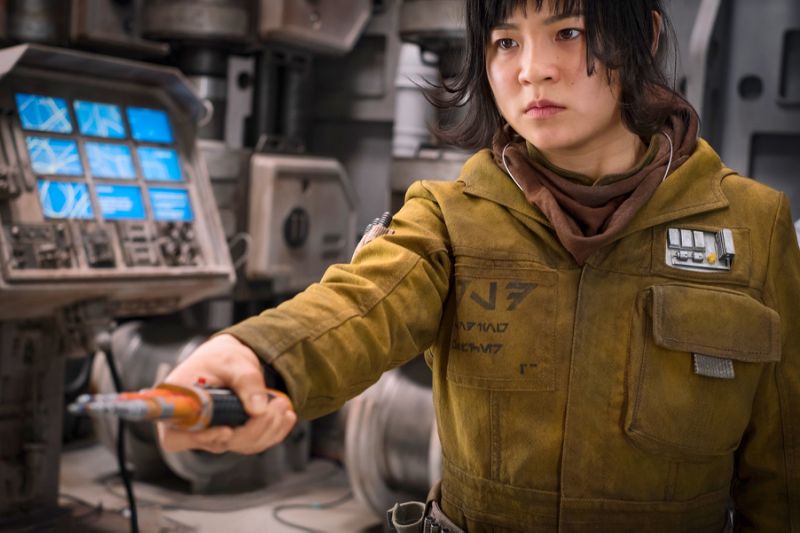 This conflicting view continued on in her essay as she points to what she believes lies at the forefront of her story as a background character:

“Because the same society that taught some people they were heroes, saviors, inheritors of the Manifest Destiny ideal, taught me I existed only in the background of their stories, doing their nails, diagnosing their illnesses, supporting their love interests — and perhaps the most damaging — waiting for them to rescue me.”

Tran goes on to state that society was crafted for one type of person. “One sex, one skin tone, one existence.” Going on, she talks about how her parents “abandoned” using their traditional Vietnamese names in exchange for using ones that were more American in style. Which she called a “literal erasure of culture” that still makes her feel pain.

Continuing in the essay Tran laments being brainwashed into viewing her existence within the confines of the approval of other people. From there she talks about how a new type of shame struck her, one that pointed towards society’s unwillingness, in her opinion, to accept those who are different:

“And it was in this realization that I felt a different shame — not a shame for who I was, but a shame for the world I grew up in. And a shame for how that world treats anyone who is different.”

Utopian in view, this view isn’t that much different than what many people would like to see the world behave. She ends the essay by stating her name as Loan, a departure from her parents who adopted more American style of names.

All in all this essay seemed to talk about the challenges of balancing your cultural heritage in a society where you are part of a minority group. Unfortunately, the Star Wars star barely glanced at the controversy surrounding her exit from Instagram, it instead focuses a more general sense of being the other in a society as a whole.

What do you think? Does Kelly Marie Tran have a point in the way society treats those who are different? Or, do you believe that when you are adopted into a society from another? Is assimilation part of the bargain? Please tell me what you think, I really would like to see everyone’s reaction to this.