With Venom coming in October, there’s been some rumblings online about how the film will perform at the box office. A lot of what is the Sony Spider-verse is riding on the success of this film.

The movie will land in theaters on October 5th. That’s just three months away. However, the movie hasn’t even been rated yet.

Ruben Fleischer weighed in on where the movie might land with the MPAA, the people in charge of rating a movie.

“We’re curious to see where it’ll land,” said Fleischer. “But we pushed the envelope as far as we possibly could in terms of just making it the most true to the comics version of the film that we could. He’s a character that goes around biting people’s heads off and eating brains. So we tried to respect that as much as we could.”

Initially Venom was supposed to get an R-rating, pushing the envelope to get some of the older audiences like those who saw Logan and Deadpool. However, recent conversations about how Tom Holland might eventually be involved with the symbiote could tangle with the web-slinger in a future film. And with Holland being involved, that means it could pull the younger audiences to a film, which means they might have to tone down the content to reach the broader scope of viewers.

And that’s when Tom Hardy, the actor playing Eddie Brock/Venom, chimed in with his own view of what the rating for Venom should be:

“You want to reach as big an audience as possible with one of these movies, because they’re good fun. My son steered me onto Venom. There would be things I would probably cover his eyes for. It depends how sensitive a nine-year-old’s parents are. It’s not my place to say. I don’t really know what [rating] they’re going to give it. But, it can pivot to either/or, if that makes sense. The IP lends itself to gore, and it also lends itself to a black comedy action thriller, as well.” 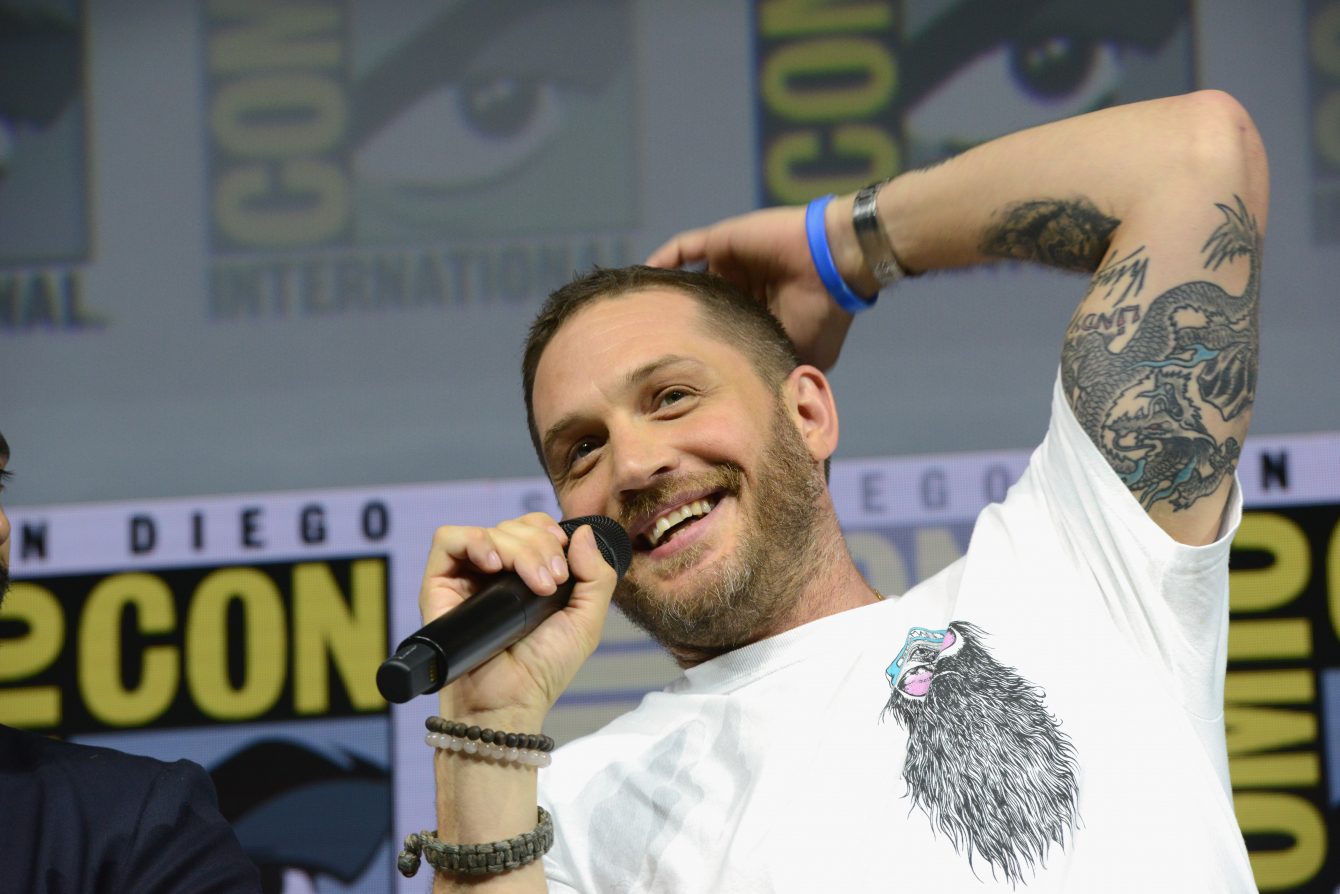 What seems to be the case is that whatever rating the film finally gets, it needs to get it soon, because press screenings and a big ad push is about to happen this next month.

When this news first broke on comicbook.com, it was fresh news in an otherwise slow cycle for comic book movie news. Now we have 38 days until this thing hits theaters, and they don’t even know where they want to take their movie in terms of mature content.

This is certainly shaky ground for Sony. Certainly not something you want to build an entire franchise on. The lack of a clear direction for the immediate future of the film, and a lack of vision for what the future of the film franchise seem to be, hangs ominously over the release. Is it going to be rated R as the director originally envisioned? Or will Venom try to reach out to a broader audience and tone down the violence in hopes of one day tangling in the web-slinger’s films?

We’ll find out soon enough when Venom premieres in just 38 days, on October 5 of this year.