In a creative medium, should diversity come at the cost of everything else? Certain factions of nerd fandom sure seem to think so. For those of us engaged in these hobbies, it feels like everywhere we turn, there are fans, creators, and media members competing in an outrage competition to see who is the most sufficiently “woke” above all else.

To these loud and proud individuals and their enablers in geek-driven media, the qualities of individualism, talent, bankability, and creative freedom mean nothing when compared to their warped idea of equality and inclusiveness for the group de jour, based on ethnicity, physical attributes, sexuality, and little else. But, much like a veggie burger is not actually a burger (or at least not one worth eating), the concept of equality and inclusivity pushed by this crowd is also nothing of the sort.

To better illustrate this, we need only to look over the last two years of reactions to hires in film and television to see this hypocrisy on display…

In March 2016, Finn Jones, a Caucasian, was cast as the lead in the Netflix adaptation of Marvel’s Iron Fist. Upon release of this news, the loud contingent of correct-thinkers was on outrage overload, rallying against yet another culturally insensitive example of Asian actors being ignored by the predominantly-white Hollywood machine.

That the character of Danny Rand, the Iron Fist, is not Asian in the comic books but white, seemed to do nothing to quell this outrage. Why let facts get in the way of good Internet mob, after all?

When Scarlett Johannson was initially cast as the lead in the live-action film adaptation of Masamune Shirow’s acclaimed manga, The Ghost in the Shell, there were some muted cries of whitewashing. It wasn’t until the full cast for the film was announced in April of 2016 that the controversy exploded and dogged the film all the way up to its release nearly a year later. Johannson was a white woman playing an Asian-looking cyborg in an Asian setting, so cue the outrage.

So what can we conclude from the social justice crowd’s reaction to the two major comic book casting controversies of 2016? It’s acceptable and even righteous for a minority actor to play a character who was originally white, but it’s unacceptable for a white actor to play a role originally written as non-white. Got it?

At first glance, anyone who’s seen John Wayne play Genghis Khan might be inclined to forgive this lapse in logic. Ultimately though, we can only recognize it for the hypocrisy it is. Point out this hypocrisy, however, and the champions of these positions bend over backward to explain why what is obvious hypocrisy is, in reality, nothing of the sort.

They can’t all be classics. Still love ‘ya, Duke

Iron Fist is a white savior trope, they’ll argue; casting an Asian actor as a white character is just reclaiming the cultural appropriation. But even if we were to take this explanation at face value, it wouldn’t explain similar responses to the changing of the ethnic or racial origins of characters in other properties.

The Murry family in Madeleine L’Engle’s Time Quintet series of books are Caucasian, and the stories don’t engage in cultural appropriation, yet the racially diverse re-casting in Ava Duverney’s film adaptation of A Wrinkle in Time was cheered by many for its diverse casting.

When the producers of the stage play Harry Potter and the Cursed Child cast a black actress to play Hermione Granger, the casting was so cheered for its bravery and inclusiveness that even J.K. Rowling had to get in on some revisionist history to try and silence anyone who would dare question it. According to Rowling, she didn’t even describe Hermione as being white in her books, except when she did, of course. 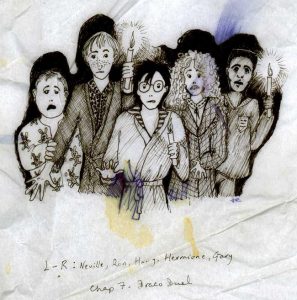 Now let’s flip that script… imagine the absolute outrage that would erupt from the bowels of hell if a white actor was cast in a new adaptation of Marvel Comics’ Blade. Since Blade is a great black character, such casting would be ridiculous, and yes, it might even be genetically impossible for a white guy to make dialogue like “Some mother f****ers always trying to ice skate uphill” sound badass, but if we can cast in the one direction, why can’t we go the other?

Why the double-standard from a fandom that supposedly stands for equality and inclusivity?

Not Just Skin Color, Sexuality Too…

This double-standard goes beyond just racial and ethnic lines, however, also delving into sexual identity and gender. As demonstrated by the recent Jungle Cruise controversy, it’s now becoming verboten for a straight actor or actress to play gay, or engage in “gayface,” yet when we look at the list of LGBT actors playing it straight, the list goes on and on.

In July of this year, Scarlett Johansson was again the target of backlash for her casting in the film Rub & Tug, the biopic about a real-life transgender “massage parlor” owner and pimp, Dante “Tex” Gill. Since Johannson is not transgender, the ensuing outrage caused her to drop out of the film. That’s right, the kind of transgender character that won a straight actor like Jared Leto an Oscar only four short years ago is now hands off to anyone but the 0.6% of the population of the United States who identify as transgender.

But what about talent and commercial viability? What if Jared Leto was merely the best actor for the job? Doesn’t Johannson have the kind of market clout needed to get production rolling on a film that might otherwise not be made? How many viable lead actors are in that 0.6%, anyway? In the age of identity politics, the realities of talent disparity and economic viability don’t seem to matter nearly as much as the color of your skin or the string of letters with which you identify. 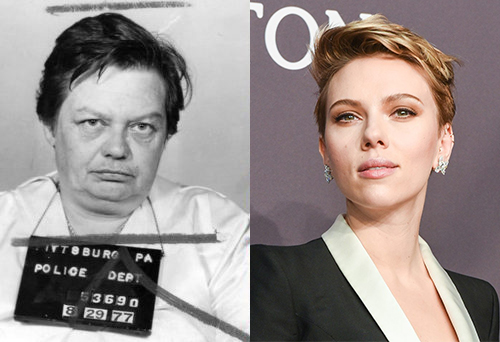 In this metaphor, the full bowl represents the number of options straight, white actors have, while the empty bowl is for everyone else. Therefore, whenever a white person takes a role, it is one more piece of candy NOT put into the other bowl.

So let’s take this metaphor to its endgame…when do we stop plucking from the full bowl? Is it when the contents of both containers are equal? What about when the number of options is equivalent to the population % for that group? Is that when we stop?

If we apply this example to a bowl representing LGBT characters, it may be time to start putting some candy back into the other bowl. According to a 2017 report from GLAAD, LGBT characters made up 6.4 % of all the characters on broadcast TV. In 2016, 18.4% of the industry’s top 125 films featured LGBT characters. With an estimated population in the United States of around 3.8%, LGBT characters are vastly overrepresented when compared to the overall population.

Given that, is GLAAD coming out and telling everyone that equality is mission accomplished and it’s time to vacay in Fire Island? Nope. They’re demanding that we see even more onscreen representation. They want MORE in their bowl, even though they are already overrepresented in comparison to the general population. As an advocacy group, that’s their job, but is this equality?

This skewed, simplistic approach to equality and inclusivity also virtually eliminates creative freedom in favor of a checkbox mentality. Now, instead of picking those who are best for the job because of their abilities, decisions are being made based on characteristics that have little to do with talent or creative vision.

This checkbox philosophy of inclusiveness is taking over behind the camera as well. Is it essential for a female writer and director to make Marvel Studios’ upcoming Black Widow movie, or could someone like Christopher McQuarrie do the job? Kathryn Bigelow is one of the most accomplished female directors working today, and she directed the hell out of the male-driven cult classic, Point Break. She would be an amazing choice to direct a Nightwing movie. Ideally, these choices should be all about the talent involved, not the color of your skin or what’s between your legs.

As acclaimed actress and Guardians of the Galaxy star Glenn Close was recently quoted as saying, “Acting is a craft. I personally think that anyone should be able to play anyone,” and for the most part it’s hard to disagree with her. This should go for behind the camera as well. Women-led films can be written and directed by men, and vice-versa. 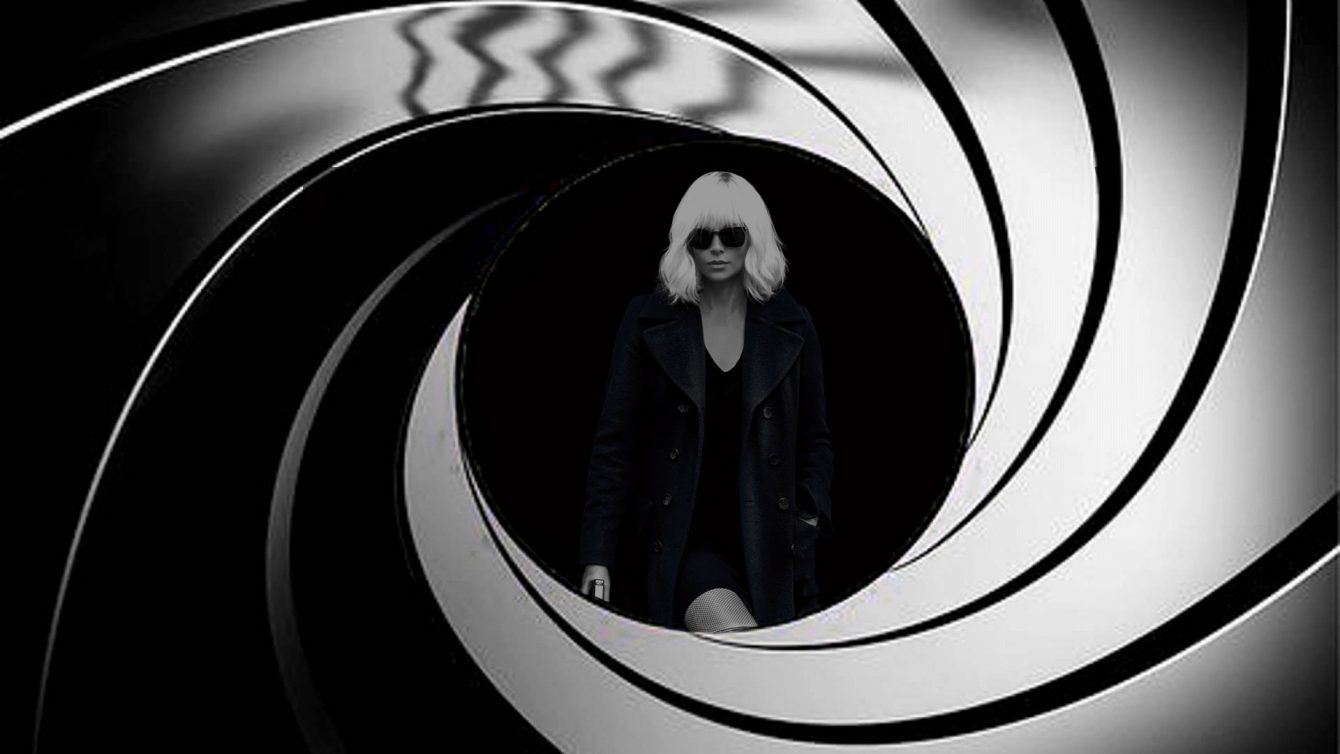 Shaken? Stirred? None for me, I’m with child.

Perhaps the only caveat to this idea is that in the era of intellectual property, the existing image of certain characters should be maintained. Nobody cares if we have a black Mercutio in a modern telling of Romeo and Juliet, but a female James Bond would effectively be a different character. It’s Bond’s masculinity and a need to conquer women that drives much of his characterization. Gender-swapped, that dynamic no longer works. Similarly, no one wants a white Black Panther. However, in yet another potential demonstration of their hypocrisy, the same group attacking the Iron Fist casting would be all for Jane Bond, but would undoubtedly disapprove of White Panther.

Let’s be clear, repeatedly pointing out this hypocrisy isn’t equivalent to saying female or minority creators shouldn’t be represented onscreen or behind the scenes, quite the opposite. What is being said is that these decisions should be creatively-driven based on talent, ability, bankability, and whatever best services the story being told. We shouldn’t trade creative freedom for double-standards in service to a childlike conception of fairness. Given that the declining sales in the comic book industry are in no small part due to this mentality, the film industry would be better served in focusing on improving their storytelling rather than checking off diversity boxes just to demonstrate how progressive they are.