After Disney fired James Gunn from Guardians of the Galaxy Vol. 3, the movie was reportedly put on hold indefinitely.  Now, Dave Bautista not only confirmed the film is on hold indefinitely, but he also questioned his working relationship with Marvel Studios and Disney. 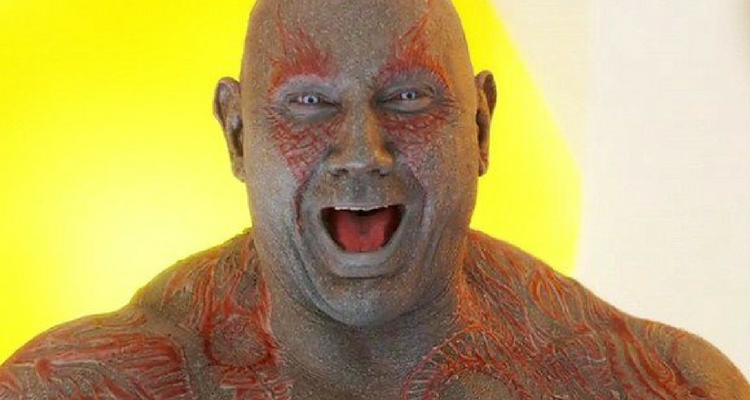 In an appearance on the Jonathan Ross Show, Bautista confirmed Guardians of the Galaxy Vol. 3 is on a definite hold. He also shared more of this thoughts over the whole situation with Disney and their handling of director James Gunn.

“There’s a bit of an issue. It’s a bittersweet conversation. No – it’s a bitter, bitter conversation, because I’m not really happy with what they’ve done with James Gunn. They’re putting the movie off. It’s on hold indefinitely. To be honest with you, I don’t know if I want to work for Disney… I’ve been very vocal about the way I feel. I’m not afraid to admit the way I feel.”

Previously, Bautista stated he would request to be released from his contract if Disney didn’t use James Gunn’s script. A number of outlets have stated that Disney will use the script. Yet, nothing has been confirmed by Disney. Add to that, an unconfirmed report that Disney studio head Alan Horn met with Gunn to cement his decision not to have the director back for Guardians of the Galaxy Vol. 3.

There is still an active petition advocating for James Gunn to be rehired. The petition currently has just shy of 400,000 signers. The entire cast of Guardians of the Galaxy also released an open letter declaring their support for the fired director. 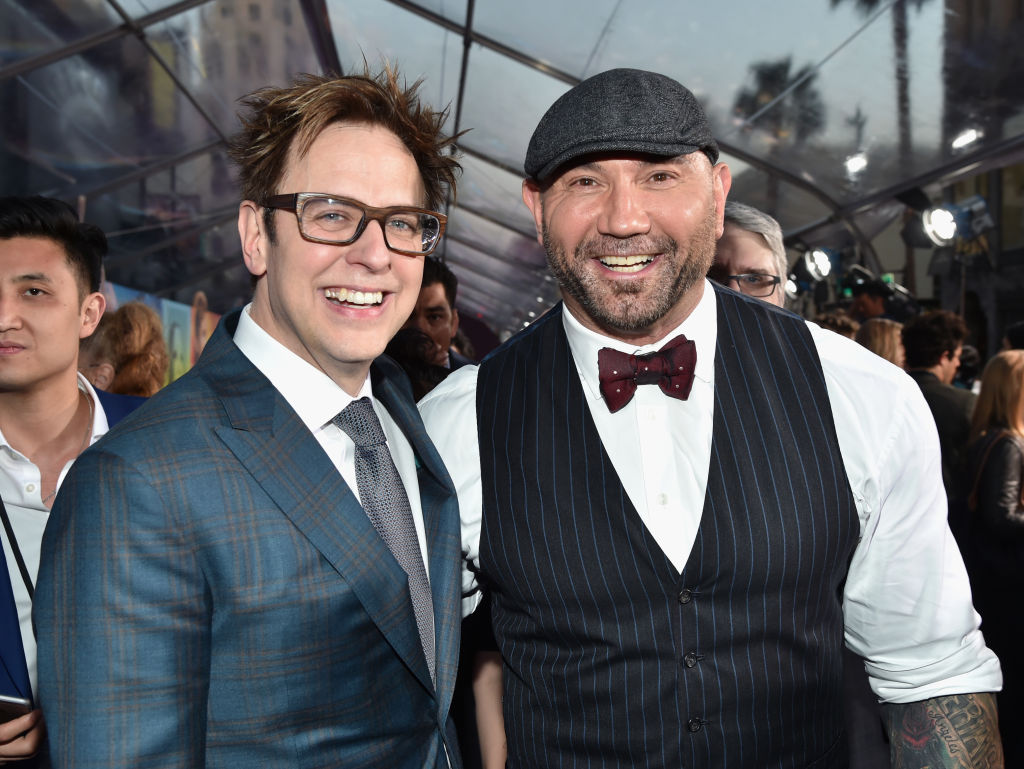 Dave Bautista and James Gunn at the premiere of Disney and Marvel’s “Guardians Of The Galaxy Vol. 2” at Dolby Theatre on April 19, 2017 in Hollywood, California.

The Gunn firing was probably meant to work in the same way for Disney as when they “separated” from Edgar Wright’s work on Ant-Man over creative differences. As well-known a name as Edgar Wright was in the film industry, he hadn’t done anything significant for Marvel fans, so his passing was a blip on the radar. They also passed on [easyazon_link identifier=”B072PQJKYH” locale=”US” tag=”boundingintocomics-20″]Wonder Woman[/easyazon_link] director Patty Jenkins for Thor: The Dark World. Given Jenkins hadn’t done Wonder Woman when they passed on her they more than likely didn’t know how good a director they had.

Come to think of it, Wright went on in the same year he had left Marvel to direct Baby Driver, a movie praised for its screenplay, directing, acting, soundtrack, and action sequences. I guess Disney missed the mark twice with talented directors.

But this situation is different. They may not even film Guardians of the Galaxy Vol. 3 at this point. Gunn was the main guy telling the story of Peter Quill, Gamora, Drax, Rocket Racoon, Groot, Mantis, and Nebula. It’s bittersweet to think that the ending of their tale might never be told on camera. No, it’s bitter.

And I’m sure Disney is puckering at the taste of it.

The last time we might see the Guardians of the Galaxy together is in Avengers 4. Heck, if things keep going in this dreary direction, some post-edits might happen to delete the current cast of the Guardians altogether from the next Marvel Cinematic Universe film.

We’ll see what transpires when the untitled Avengers 4 movie comes out in April of next year.