Gleeson sat down with HeyUGuys to discuss the controversies surrounding Star Wars: The Last Jedi:

“People having an opinion about the film is absolutely fine. You pay your money and you are allowed to have an opinion. And You’re allowed to like it, or dislike it. You can do whatever you want.”

He would then go on to address the Kelly Marie Tran controversy:

“The stuff with Kelly was like bulls***. That’s a different thing altogether. Those people are just morons. Those people are a**holes. That’s a different level of stuff. You don’t buy that when you buy your ticket. I thought the piece she wrote was amazing. I have huge respect for her. I thought she dealt with it as classily as an unclassy situation can call for. I class those things as different to each other.”

Gleeson is referring to Tran’s piece in the New York Times where she stated she “had been brainwashed into believing that my existence was limited to the boundaries of another person’s approval. I had been tricked into thinking that my body was not my own, that I was beautiful only if someone else believed it, regardless of my own opinion.” 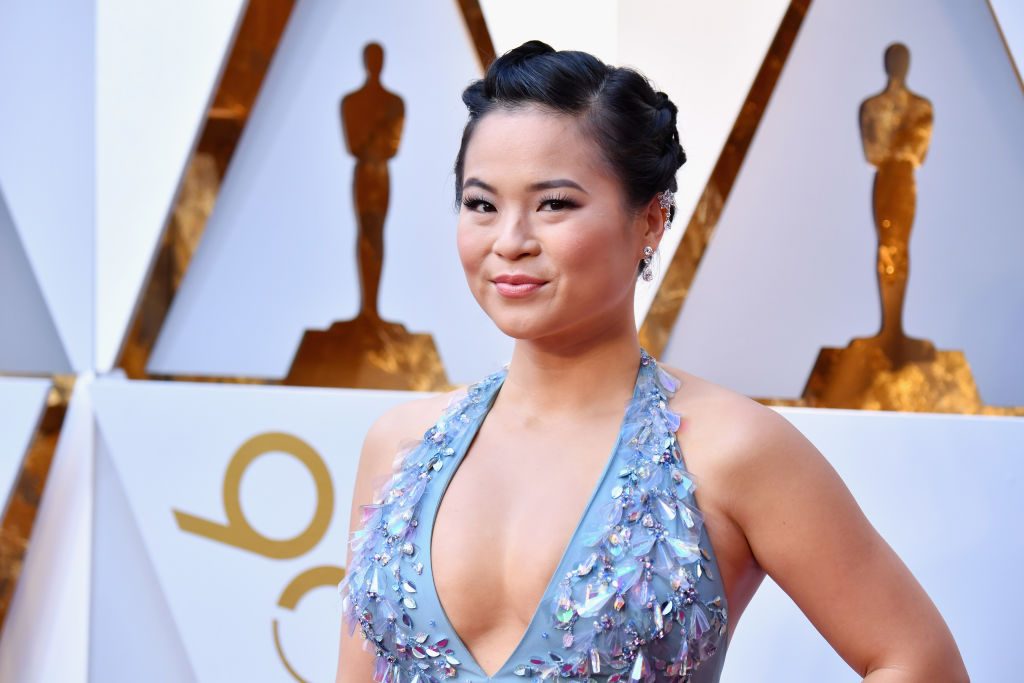 Tran doesn’t specifically mention any kind of harassment or even provide an explanation as to why she deleted her Instagram posts. However, she does say “It wasn’t their words, it’s that I started to believe them.” She continues, “Their words seemed to confirm what growing up as a woman and a person of color already taught me: that I belonged in margins and spaces, valid only as a minor character in their lives and stories.”

It’s unclear what the words were that made her feel this way. And the article for the most part is how Tran views society and what she wants to change it into.

She would then describe the world she wants to make:

As to any evidence of Tran actually being harassed, Vox provided only two examples.

The first isn’t even targeted towards the actress. It’s aimed toward the character that she plays, Rose Tico. Tico’s Wookieepedia entry was changed to read:

“Ching Chong Wing Tong is a dumb*** f****** character Disney made and is a stupid, retarded, and autistic love interest for Finn. She better die in the coma because she is a dumb*** b****.”

The other example they provide is a solitary comment by one user on her Instagram which uses the racist slur, “Ching Chong.” 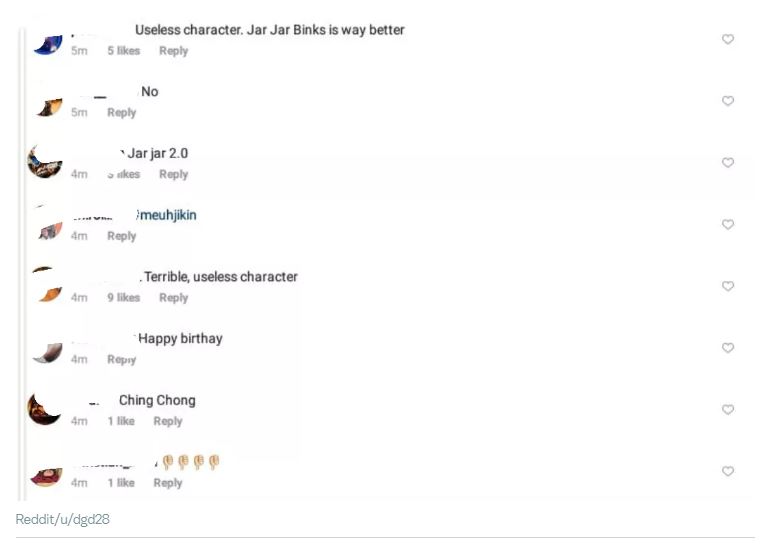 As you can see other uses were criticizing her character, Rose Tico, and some were even wishing her a Happy Birthday!

Domnhall Gleeson would conclude the segment by talking about Episode IX, “You know you can trust J.J. That’s brilliant. And he did such an amazing job with seven and obviously he’ll do an incredible job on nine. This is my way of saying something without actually saying anything, obviously, which is boring for everybody, but I’m excited to see it myself, which is nice.”

What do you make of Gleeson’s statement? Will you watch Star Wars Episode IX?