Rejoice! Wolverine’s not dead anymore! Now that everyone’s favorite mutant berserker is back, there are bound to be more Wolvie-centric stories on the horizon. Heck, if the Disney-Fox deal goes through I’d expect to see the old chuckle-head and the rest of the X-Men spread across the Marvel Universe more than ever! Wolverine has been a fan-favorite for decades. More so after he was introduced to the rest of the world in X-Men: The Animated Series. Holding that much popularity automatically made him one of the most used X-Men of all time. He’s been a major component in many story arcs over the years. While not all exclusively starring Wolverine, here are a 10 that you need to read to that helped shape him into the man he is. 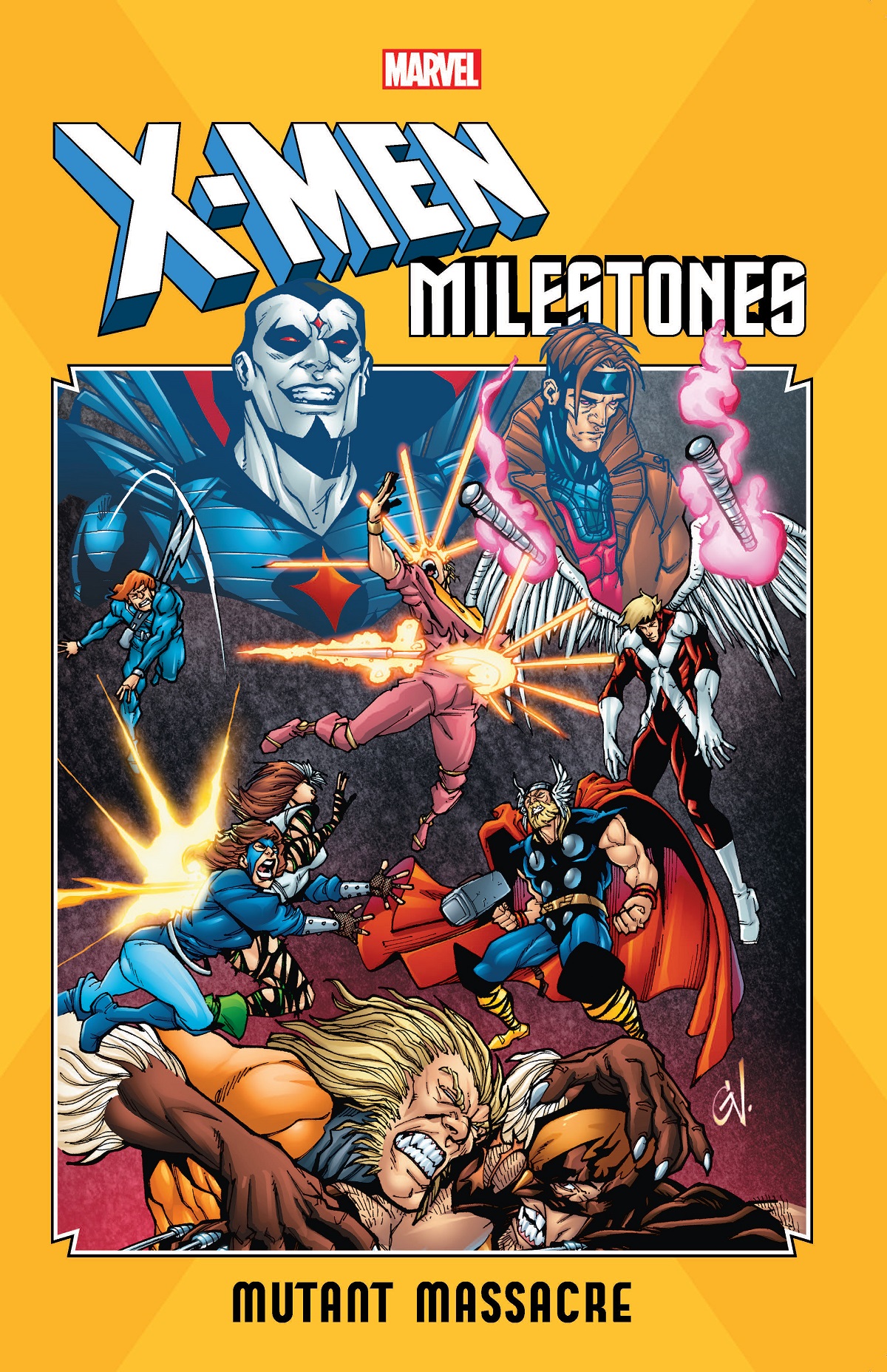 The X-Men are in no short supply of story arcs that air on the darker side of narratives. Mutant Massacre is probably the most intense story during the Chris Claremont era, and that’s with stories like God Loves, Man Kills, Inferno and X-Tinction Agenda.

In Mutant Massacre, Wolverine and the X-Men swoop in to confront a group of killers called the Marauders. They’d been sent by Mister Sinister to wipe-out the entire population of Morlocks that dwelled below NYC. The fight ended with hundreds of dead Morlocks along with just about every present X-Man taking life-threatening injuries. It’s also where we see Wolverine take on Sabretooth for the first time. Thanks to his healing factor, Wolverine is the only X-Man not worse for wear. Subsequently, he took on a larger leadership role within the team.

In the wake of the destruction of Asteroid-M, and Magneto’s response to the protocols enacted by the U.N. (he caused a worldwide blackout while destroying a network of satellites that would have neutralized his powers), the X-Men formed a strike team.

Their purpose was to infiltrate Avalon, formerly known as Graymalkin, Cable’s time-traveling ship, and put a stop to the Master of Magnetism. While the conflict ended with Magneto being left in a comatose state, thanks to Professor-X’s psionic attack, Wolverine was near death. Magneto, in a fit of rage, ripped the adamantium off of Logan’s skeleton.

Later, it was revealed that his claws remained, however as bone. This raised more questions about his murky past, as he always believed they were surgically implanted. This proved they were part of his initial mutation and also demonstrated how little he truly knew about his past. 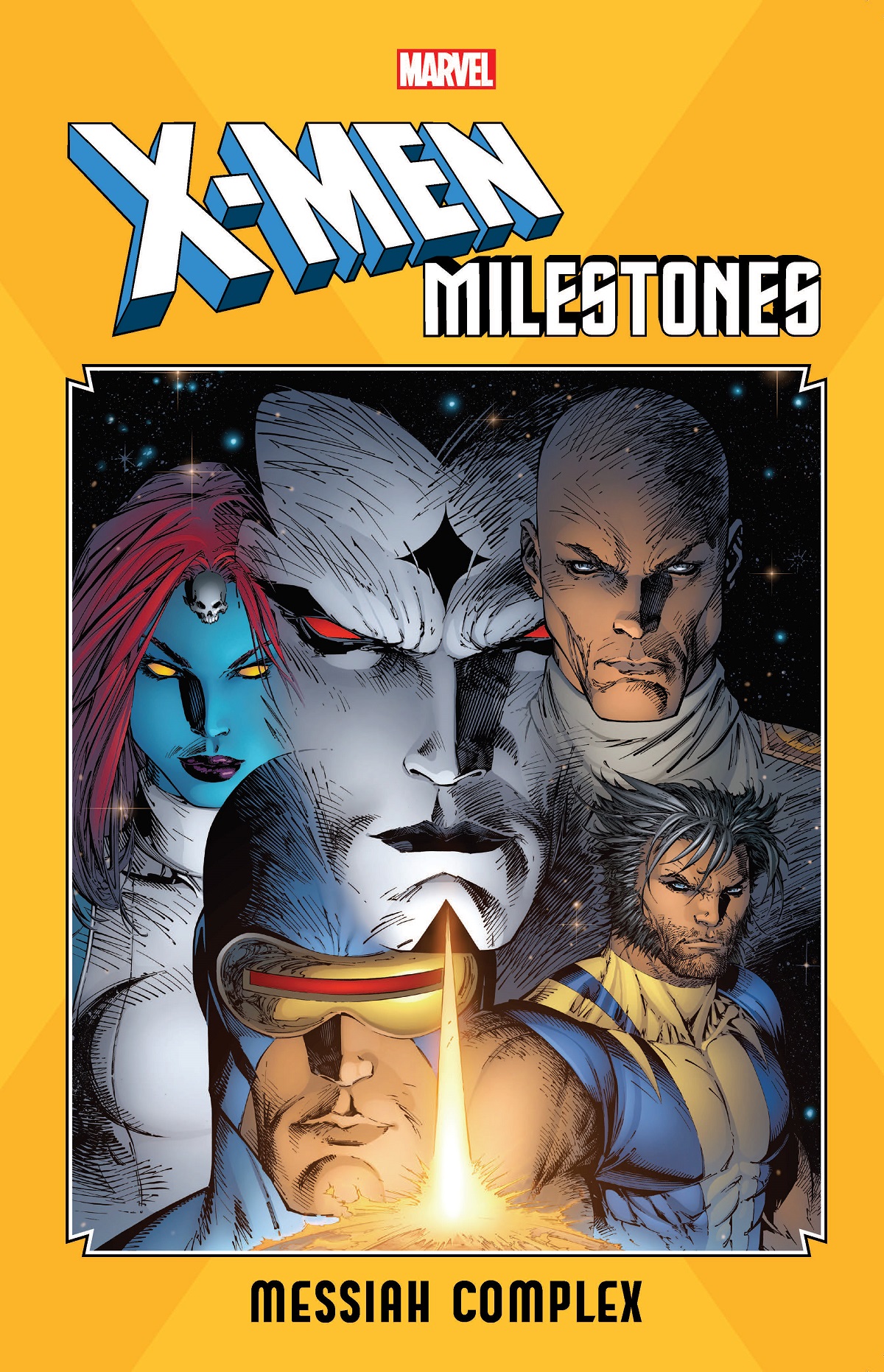 This is less of a cohesive story and more of the beginning of an era for Logan. The chaos that was the Messiah Complex kicked off a series of events that would crack the X-Men and affect them, and Wolverine for years to come. With the birth of the first mutant child who would later be named Hope and adopted by Cable, Cyclops sanctioned a team to recover the comatose body of Rogue.

The team consisted of Storm, Colossus, Angel, Nightcrawler and of course Wolverine. Later, under the name X-Force, we saw additions to the team in the way of Warpath, Wolfsbane, and X-23. Once the arc came to a close, the team wasn’t disbanded.

It continued, covertly, with Wolverine, Deadpool, Fantomex, Archangel, and Psylocke. Under Wolverine’s leadership, the team undertook several black-op type missions including the execution of a child-clone of En Saba Nur, Apocalypse. 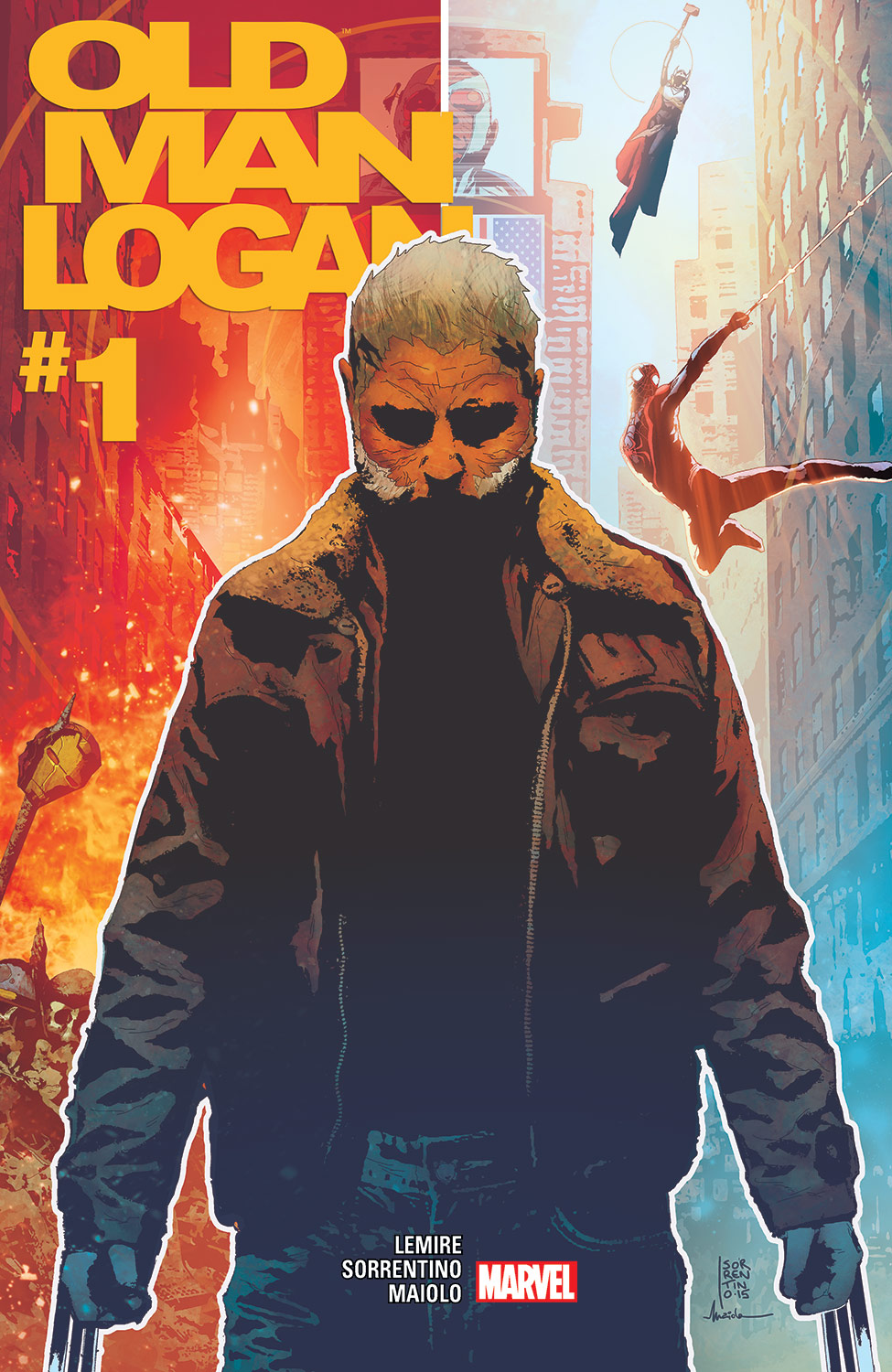 Old Man Logan is the inspiration for the Oscar-nominated film, Logan. This story took place in an alternate timeline where all the Marvel villains joined forces and systematically took out just about every hero on Earth. During the coordinated assault, Wolverine fell victim to Mysterio’s manipulations and unwittingly murdered all his fellow X-Men in a bloody, brutal, massacre.

From that day on, Wolverine decided to avoid having to use his trademark claws. Decades passed and the world around him descended into a dystopian-wasteland controlled by warlords and thugs. Wolverine married and raised a family in relative peace. The land he settled on was controlled by a savage band of inbred Hulks, the prodigy of Bruce Banner and his cousin, Jennifer Walters.

Under the threat of death to him and his family at their hands, Logan took a job with one of the remaining heroes, Hawkeye to raise the requested money. Tragically, while Logan was away, the Hulk Gang returned and killed his family out of boredom. In true Wolverine fashion, Logan hunted down the gang and killed them all, including the original Hulk. 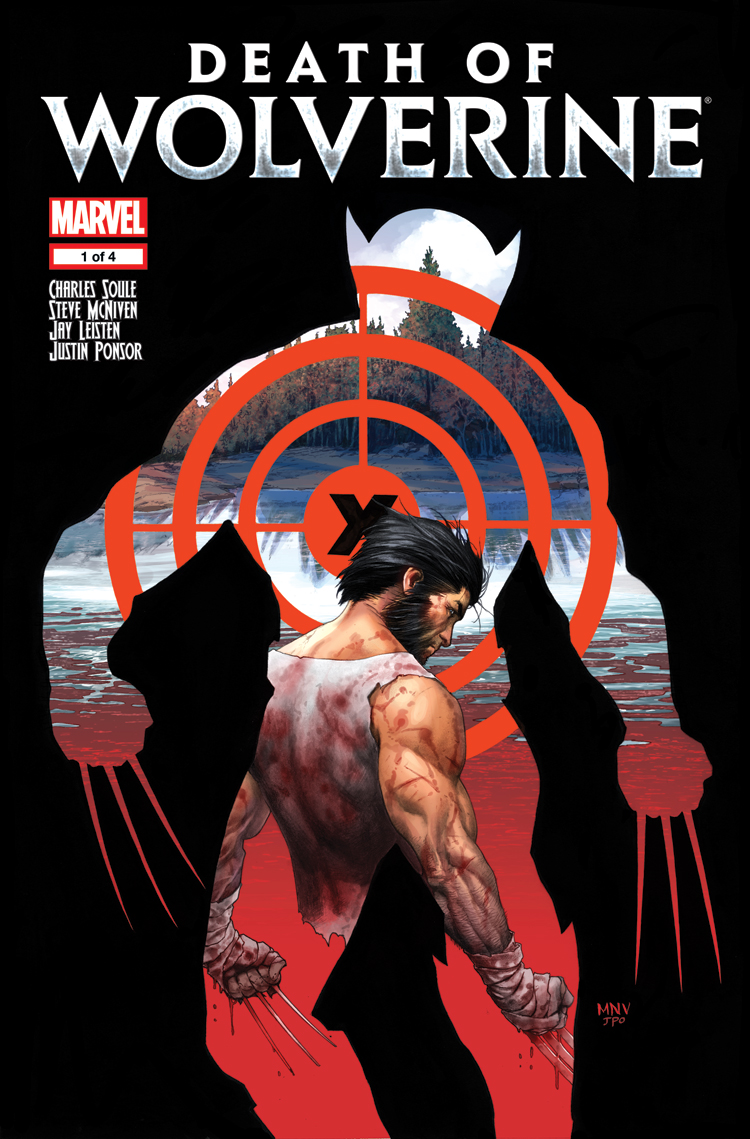 A virus originating from the microverse robbed Wolverine of his healing factor. While slowly dying from adamantium poisoning, he was also being targeted and hunted by his old enemies. He soon discovered there was a bounty placed on his head. Wolverine crisscrossed the globe and came into contact with old foes such as Lord Ogun and Viper.

His search eventually led him to Professor Cornelius, the man ultimately responsible for his adamantium skeleton. Cornelius was actively gathering individuals that possessed the metal in hopes of both harvesting it and possibly duplicating his success he had with Wolverine.

In a conflict that saw to the death of Cornelius’ latest experiment, Wolverine is completely covered in molten adamantium. He succeeds in killing Cornelius, but Wolverine is left to suffocate under the hardening alloy.

Apocalypse is one of the X-Men’s greatest enemies. Outside of being immensely powerful all on his own, he tends to surround himself with powerful servants. Using his “survival of the fittest” mantra, he handpicks from the strongest that mutant-kind has to offer. So it makes sense that the villain routinely plucks out an X-Man or two from the herd.

In every iteration of his Horsemen that I can remember, there has been at least one X-Man among them, starting with Warren Worthington III, the Archangel as Death. Upon one of Apocalypse’s many returns, he abducted and indoctrinated Wolverine to replace Worthington.

While the story isn’t essential reading for Wolverine, it is the storyline where Wolverine recouped his adamantium skeleton and claws. Apocalypse ain’t all bad, I suppose.

Like many of the X-Men, Wolverine’s origin was a mystery. In 2001’s Wolverine Origins we learned he was born in the 1800s. His real name is James Howlett, the son of the wealthy couple, John and Elizabeth Howlett. James was small for his age, sickly, but kind. He grew up on his parent’s estate alongside Rose, a young orphan, and “Dog” Logan, the groundkeeper’s son. Years later Dog attempted to force himself on Rose, but James interrupted. After another encounter involving the two boys, John Howlett banished Dog and his father from the property. Later that night the two returned, killed most of the staff, and executed John Howlett. A witness to it, James entered into his first berserker rage, popped his claws and killed Dog’s father. Elizabeth, in shock over what her son had done, and grief-stricken over the loss of her husband, committed suicide. At the request of his grandfather, James fled and soon after changed his name to simply “Logan.”

8. The Wedding of Wolverine

An X-Men tale that concluded an arc that took place in Wolverine’s solo series, the X-Men arrive in Japan to attend his wedding to Mariko Yoshida. This also marks the first big story with Rogue as part of the X-Men, a fact that Wolverine initially resists. The union is not without its protest.

The ceremony is sabotaged by Viper at the behest of the Silver Samurai. The super-spy managed to poison all the attending X-Men. Luckily, Rogue recovered quickly and assisted Wolverine with getting to the root of the attack. A week passed by and the wedding is back on.

However, unknown to Wolverine and company, Mariko is visited by Mastermind and persuaded to leave Wolverine at the altar, claiming that he is not worthy of her.

In the pantheon of characters that probably should never have been made an Avenger, Wolverine ranks up there with the likes of Moonknight and Deadpool. But it did happen. While it wasn’t much of a lasting condition, it was a fairly big deal.

His allegiance to the World’s Mightiest coupled with his utter disdain for Cyclops fueled his decision to side against the X-Men during the Avengers Vs. X-Men crossover. Wolverine officially joined the Avengers following Disassembled, starting with New Avengers #1 in 2005. This saw Wolverine split his superhero duties between the Avengers’ and the X-Men franchises all the way to Rick Remender’s Uncanny Avengers.

10. The Son of Wolverine: Daken

It’s actually amazing that someone as well-traveled and uh… busy as Wolverine has been during his long life, that he doesn’t have dozens of children. In 2007 in Wolverine Origins #10, written by Daniel Way, we’re introduced to his son Daken. In 1946 Wolverine married and impregnated a woman named Itsu. Still pregnant, Itsu is murdered and the child, having survived the ordeal, is cut from her dead body.

Fast forward to the modern day, when the father and son officially meet, it’s anything but warm. While Wolverine wants nothing more than to be a father to him, Daken is literally out for blood. This set off a number of bloody and savage encounters between the two for years to come.

Not even death itself proved strong enough to make peace between them. After having been drowned by his father, Daken returned in Uncanny Avengers as a Horseman of Death to continue tormenting Wolverine.

Wolverine has made thousands of appearances during his Marvel Comics career and these are just a and handful of his most impactful moments. Did we miss any you thought should have been mentioned?