Superman actor Dean Cain, who portrayed Clark Kent in Lois & Clark: The New Adventures of Superman, roasted Comic Book Resources (CBR) after they wrote an article asking, “Man of Tomorrow: Does #Superman Need to be White?

Cain is referencing himself. He was born Dean George Tanaka and is of French, Canadian, Irish, Japanese, and Welsh descent. His mother, actress Sharon Thomas married director Christopher Cain, who adopted Dean and his brother Roger.

Cain recently did an interview with The Epoch Times while promoting Gosnell, a film about Philadelphia abortionist Kermit Gosnell who was convicted of first-degree murder in the deaths of  three infants. They report Cain is “of three-eights Japanese descent.” In fact, Cain even has his birth name tattooed in Japanese on his ankle.

Cain would confirm on Twitter that he is Japanese.

Japanese. But I do speak Spanish…

Cain wasn’t the only one to roast CBR, plenty of of others got in on the action. 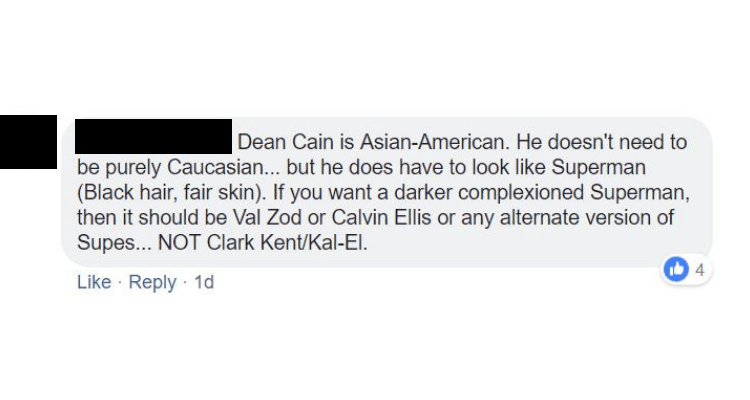 Others pointed out that DC Comics already have a number of non-white Superman characters in alternate universes. 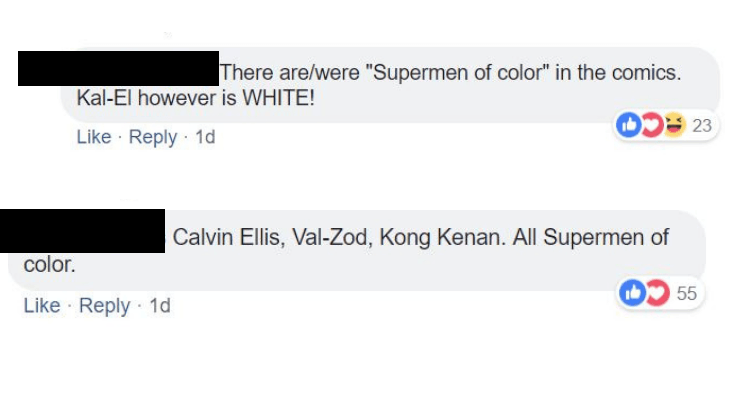 In fact, Michael B. Jordan, whose name was rumored to be on Warner Bros. list for the next Superman, indicated he would not want to play Clark Kent Superman. Instead, he would rather play the Earth-23 version of Superman, Calvin Ellis.

My colleague Phillip Pratt detailed three other characters who Jordan could play to become Superman, which include Steel and Val-Zod.

DC Comics also introduced a Chinese Superman in Kenan Kong in the pages of [easyazon_link identifier=”140127093X” locale=”US” tag=”boundingintocomics-20″]New Super-Man[/easyazon_link] during their Rebirth line.

Comic book fans know Superman doesn’t have to be white. DC Comics has introduced us to interesting Superman characters from different universes who aren’t white, and they’ve had successful runs. The issue comes when you try to alter the iconic look of Clark Kent Superman.

What do you make of Dean Cain’s comments? Do you think there is any problem with a non-white Superman? Would you be in favor of altering Clark Kent’s iconic look?