An initial and major source of accusations against Dragon Ball Super: Broly voice actor Vic Mignogna appears to have been recently and suddenly deleted.

As previously reported by Bounding Into Comics, a Tumblr blog by the name of Dear Vic Meggnogna (and other VA’s) was a long standing blog dedicated to providing a public forum for people to submit their alleged stories of voice actor misconduct while also functioning as an easily accessible and centralized archive of a given voice actor’s alleged behavior. Though the blog was open to stories concerning other voice actors, the blog’s original and primary focus were on alleged incidents concerning Mignogna.

This specific blog was cited by Monica Rial and Ron Toye in their ‘Defendant’s Original Answer’ in support of an entry in their Factual Background, which stated:

4. Mignogna’s predatory tendencies are well documented. In fact, there are a number ofsites dedicated to sharing stories of Mignogna’s inappropriate behavior with women including the Tumblr blog “Dear Vic Meggnogna.”3 Many victims’ stories continue to pour in through all forms of social media, detailing times when Mignogna acted inappropriately towards them (fondling, kissing, groping, etc.) without their consent, most while they were still underage, and include allegations of sexual assault and harassment.

As of May 20th, attempting to access the blog’s url leads to an error page, as the page appears to no longer exist: 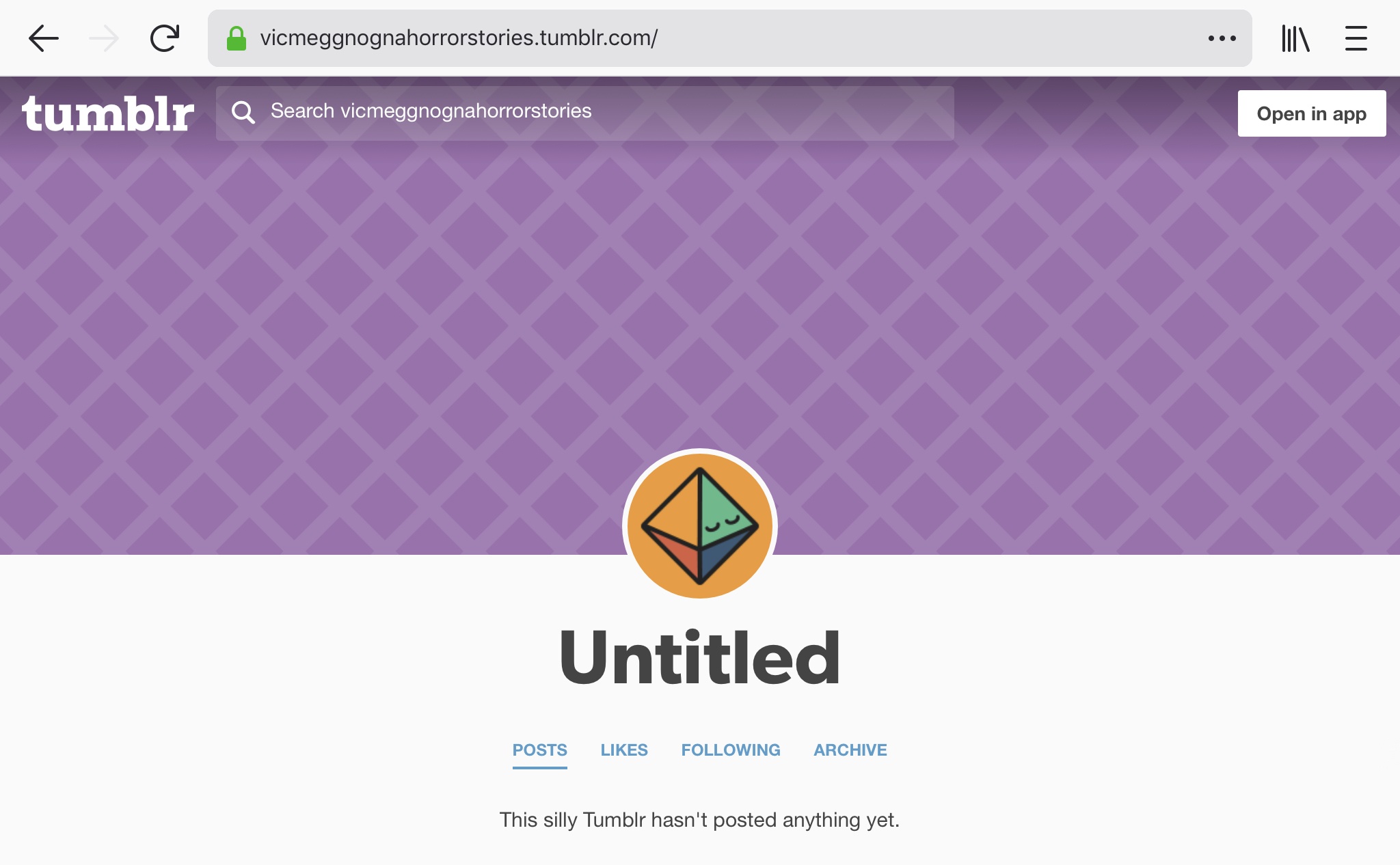 However, the blogs content has not completely disappeared from the internet, as an archive of exists of the page as it appeared on May 15.

It is currently unknown if this deletion was done by Tumblr administrators or by the owner of the blog. It is also unknown what the motives were for the sudden deletion.

What do you make of this sudden deletion of the blog?