A judge in Virginia has denied Aquaman star Amber Heard’s full request for a protective order, which would have prevented information and evidence presented in the defamation case brought against Heard by ex-husband Johnny Depp, from being made public but has conceded on the protections of personal information.

According to The Blast, Heard appeared in court alongside her attorney Roberta Kaplan in an attempt to convince the judge to grant her requested protective order, claiming that Depp and his legal team would attempt to “demonize” Heard by providing this information to the media as well as causing undue stress to friends and family involved in the case. Despite these arguments, the Judge Bruce D. White denied the full scope of the originally requested protection order, but did declare that “personal identifying information,” “medical records,” “personal diaries,” and information which could be used in “identifying financial records” were to be rendered confidential. (Related: Johnny Depp Claims Aquaman Star Amber Heard’s Request for Protective Order is Attempting to Hide “The Objective Facts That Reveal Her Falsehoods”) 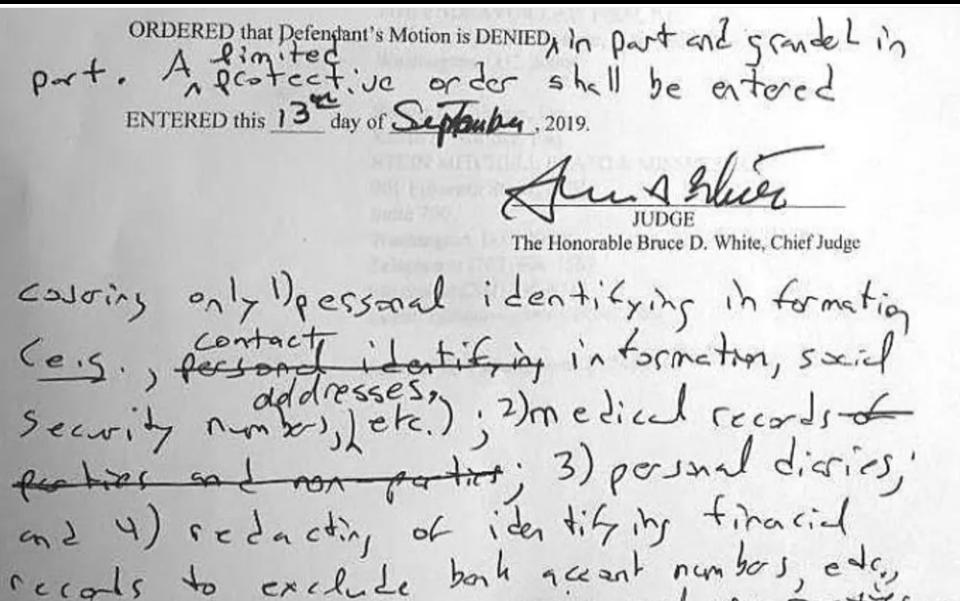 Following this ruling, The Blast reports that Heard’s team has cancelled scheduled depositions and is currently reviewing their legal strategies in light of the failed protective order. (Related: Johnny Depp’s $50 Million Lawsuit Against Aquaman’s Amber Heard Claims She Chopped Off His Finger)

“Amber Heard hired Harvey Weinstein’s abuse-specializing #Timesup lawyer Roberta Kaplan. Knowing it was a hail mary, today Amber Heard appeared herself in Virginia court to watch her new lawyer’s lose her attempt to hide all the evidence of Heard’s abuse hoax from the public. Chief Judge White rejected Kaplan’s arguments, and ruled that only medical records, personal information like social security numbers, and Ms. Heard’s personal diary (which oddly was not turned over during divorce discovery 3 years ago) will be sealed. Realizing the evidence including eyewitness testimony will all now be public, Kaplan immediately cancelled all her scheduled depositions of eyewitnesses. Amber Heard’s deposition is September 27, unless she tries to run from it.”