Thunberg appears at the very end of the book as Carrie Kelley as Batwoman has assembled a group of protestors to take on Darkseid. Thunberg is one of the protestors.

He adds, “…Yes. They will serve me well…once they are turned.”

Not only does the book feature Greta Thunberg, but it also takes issue with President Donald Trump and his supporters.

The book shows crazed minions of the Joker as Trump supporters who violently attack people peacefully protesting against President Donald Trump although it appears he is running as Governor in this storyline.

One individual grabs a protestor and puts them in a chokehold telling him to “Buy American! Be American!” 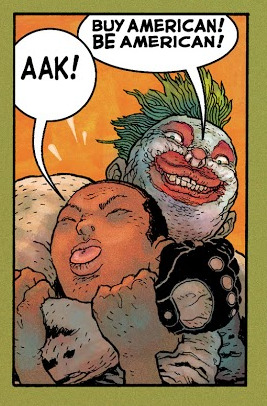 The comic also depicts President Trump as a puppet of the Joker and Darkseid. 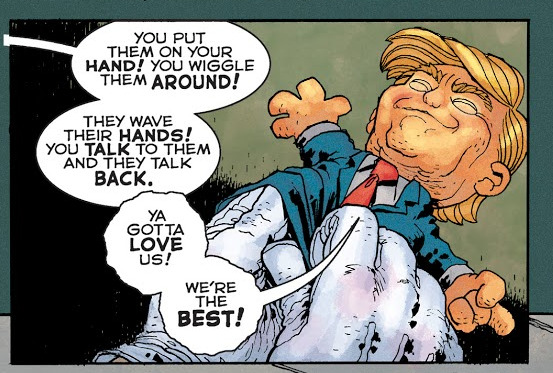 In fact, as the comic comes to a close, one panel by artist Rafael Grampa shows a TV screen that reads “Governor Unmasked: Reelection candidate is Joker Stooge.” 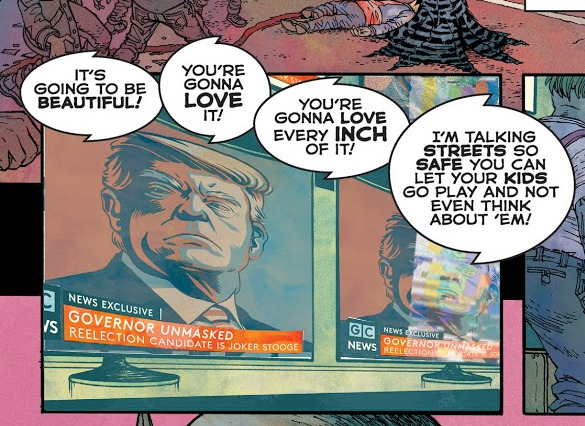 It even takes a pot shot at First Lady Melania Trump’s fashion. 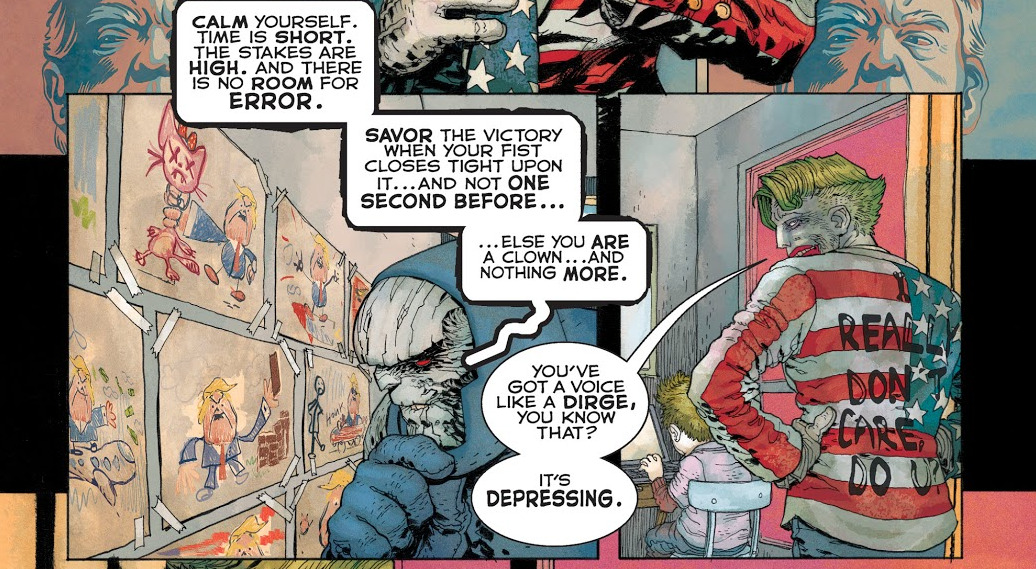 Needless to say the comic has an overt political message.

Here’s the official description of the comic:

It’s been three years since the events of Dark Knight III: The Master Race. Lara has spent the time learning to be more human, and Carrie Kelley has been growing into her new role as Batwoman. But a terrifying evil has returned to Gotham City, and Lara and Carrie must team up to stop this growing threat-and they have a secret weapon. Young Jonathan Kent, “the golden child,” has a power inside of him unlike anything the world has ever seen, and it’s about to be unleashed…

Dark Knight Returns: The Golden Child is Frank Miller’s triumphant return to the world of the Dark Knight and joining him is the superstar artist Rafael Grampá, the mastermind behind the groundbreaking Mesmo Delivery. Following work in advertising and film, this incredible collaboration marks Grampá’s first comics work in six years, bringing his extraordinary detail and storytelling to the Dark Knight saga, resulting in a Dark Knight story like nothing you’ve ever seen before.”