We have heard Black Adam, starring and co-produced by Dwayne Johnson, will introduce Hawkman and the Justice Society of America. Now a rumor says Hawkgirl is going to debut as part of the team as well.

The rumor comes from Charles Murphy, at the site Murphy’s Multiverse, who claims it is confirmed. Murphy also says Warner Bros. is looking for an actress between 20 and 30 years of age for the part.

Other outlets are running with the story, some also reporting it as “confirmed.” Murphy, however, does not name any sources – let alone anonymous ones.

Hawkgirl is confirmed to be introduced in ‘BLACK ADAM’ with the studio eyeing to cast a 20-30 years old actress for the role. (Source: https://t.co/mI0wrbJEkG) pic.twitter.com/nWMPyIOTC4

He added the JSA will be constituted of Hawkman, Atom Smasher, Isis, Doctor Fate, and Stargirl whose upcoming show may aid or hurt her chances of joining the team.

Casting is supposedly underway for each of those roles. WB, Murphy alleges, “is being patient” putting the cast together because they have designs on planning spinoffs for each character and possibly the JSA. This may mean they want a separate Stargirl for the DC Extended Universe.

The line-up mooted above has come together before in other media. Stargirl, Hawkman, and Doctor Fate re-assembled on Smallville to help Clark Kent and Green Arrow deal with Icicle and Zod’s band of Kandorians.

The Justice Society appeared on Legends of Tomorrow too but not before Hawkgirl, and later Carter Hall, cropped up in the Arrowverse on The Flash. 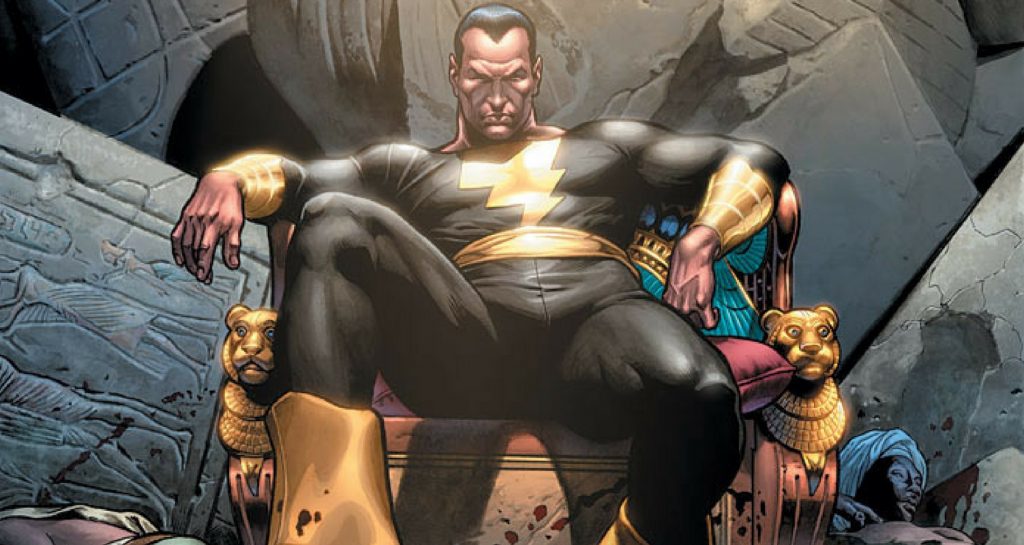 Dwayne Johnson awaited starring in Black Adam for years until production was announced as moving forward this year. He found a director in Jaume Collet-Serra (The Commuter, The Shallows) whom he worked on Jungle Cruise with.

Real name Teth Adam, Black Adam is labeled an antihero by Johnson and others. We anticipate the plot of Adam’s solo film shall deal with his ambiguous alignment, as well as his home country of Kahndaq and either membership in or sore relations with the Justice Society.

If Black Adam 2 happens he might tangle with Henry Cavill’s Superman, barring The Rock not getting his way. Both actors are repped by the same management.

As for an eventual confrontation between Adam and Shazam, the studio is biding its time. One is not expected until the third Shazam! movie – which is a long way off.

Black Adam is slated to come out Dec.  22, 2021, four months before Shazam! 2. It will be the final film of Warner’s DC slate that year after The Batman and The Suicide Squad.

What do you say to Hawkgirl in Black Adam? Leave your comments below.