The captain’s log that we normally see at the beginning of a new episode of many Star Trek shows has been missing since Star Trek: Discovery. They didn’t make a come back with Star Trek: Picard, and its a noticeable difference.

Picard showrunner Michael Chabon recently explained why there are no personal logs in Picard when he was asked by a fan.

He answered the question as part of his ongoing interaction with fans on his Instagram.

Chabon was asked, “There aren’t any “personal logs” on PIC. Can you speak to this in terms of craft?”

He replied, “Voiceover narration rarely improves a story and often harms or detracts from it. It’s my view that it only really works, only enhances the pleasure of a viewer, when it is used as commentary on the action onscreen-ironically, to undercut or call into question either what we are seeing, what we are being told, the veracity of the narrator, or all three.” 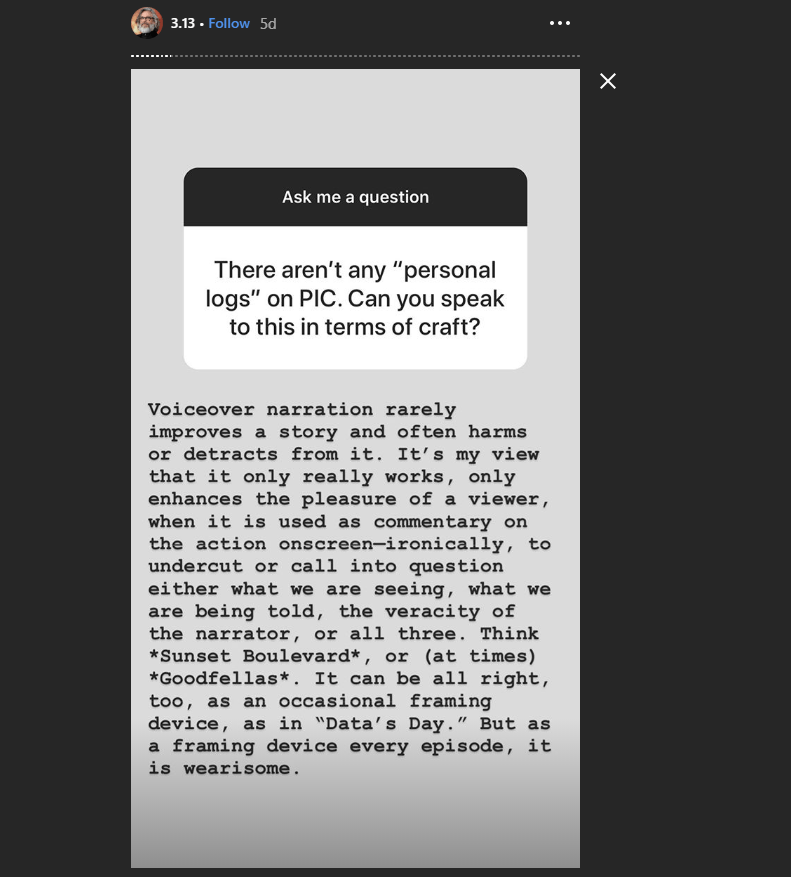 Chabon concludes, “Think *Sunset Boulevard*, or (at times) *Goodfellas*. It can be all right, too, as an occasional framing device, as in “Data’s Day.” But as a framing device every episode, it is wearisome.”

Chabon would also explain why Picard does not show stardates.

He was asked, “Has anyone on the show used stardates?”

Chabon answered, “Stardates, in my view, and I know this is going to make some people mad, are a uniquely perverse form of uninformative information.” 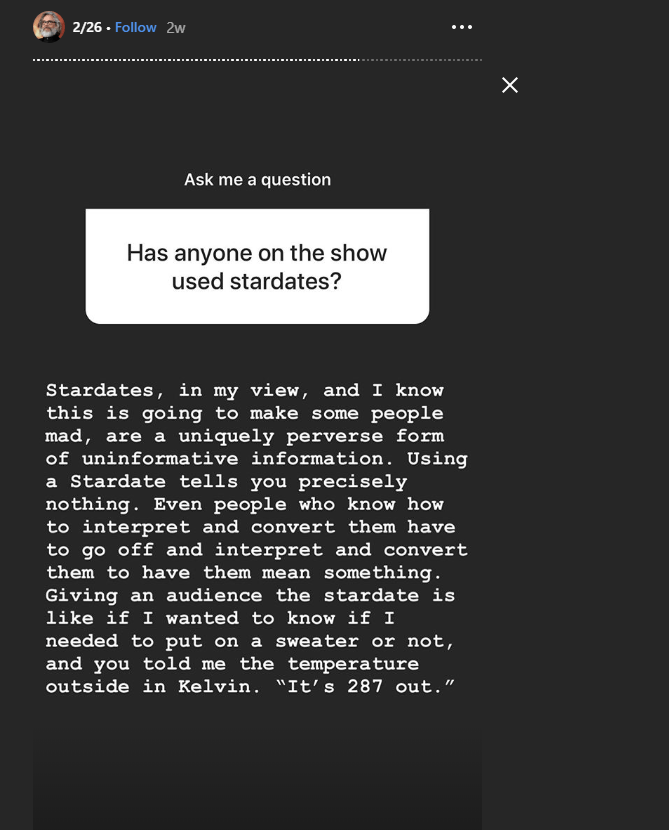 The reason stardates rarely made sense was that as producers and writers came in and out of the franchise, they formulated their own ways of coming up with them. Though it’s true that the information given by them is rarely of real value to the story ahead of the view, they do, in my view at least, help world build in a subtle sense.

What do you think of Michael Chabon’s views of Stardates and Captain’s logs? Do you miss hearing them in Star Trek? Or is this a proper evolution for the series?