Right before the season finale of Star Trek: Picard, show star Patrick Stewart shared on his social medial profiles an offer by CBS All Access that allowed users to try the platform for free, and in turn view the entire first season of Picard.

In order to get the first 30 days free, users needed to implement the promo code “GIFT.”

That offer has now been extended with the addition of a new promo code, “ENJOY.” Using “ENJOY” gives you an additional 30 days. However, in order to even implement this new promo code, you have to give CBS All Access your credit card or PayPal information and actually choose one of their subscription plans with your account being billed for successive months if you don’t cancel before the “free trial” ends. 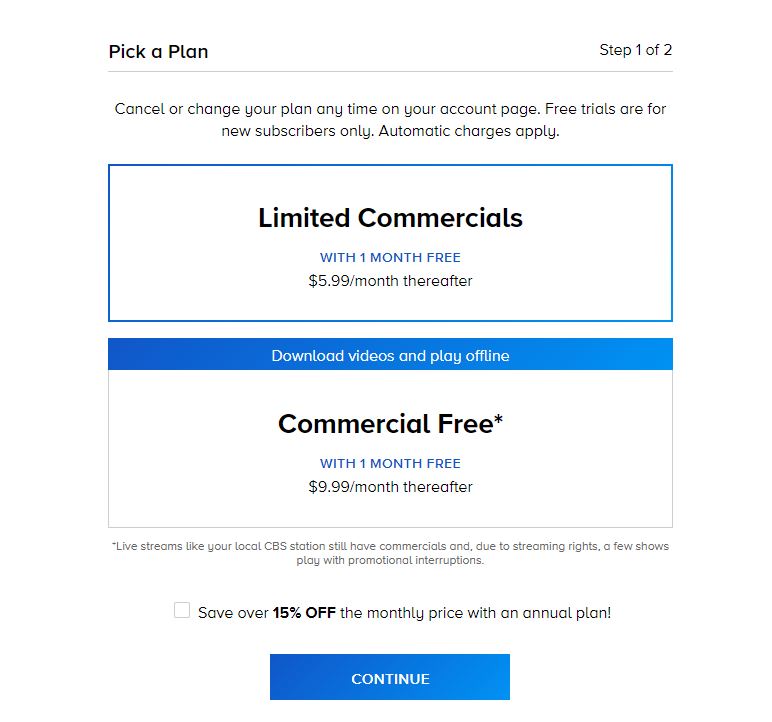 At checkout, if you read the fine print it states, “To avoid charges, you must cancel before the end of any free trial period. Your monthly and/or annual subscription will automatically renew, and your payment method will be charged in advance of each billing period unless cancelled.” 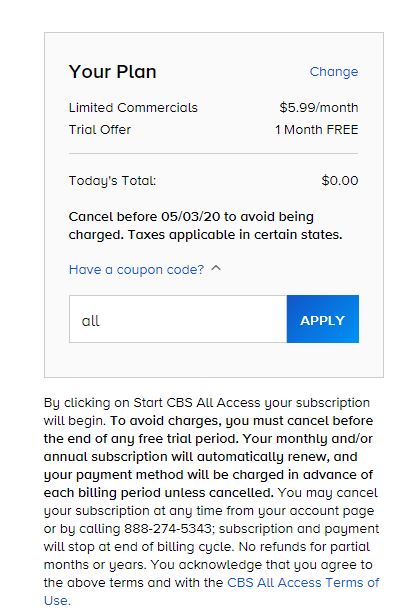 As for how to get the extra 30 days using “ENJOY,” Slash Film explains, “Once your account is created, then go into your account settings and in the “Subscription & Billing” area you can put in the ENJOY promo code to add another free month.”

This move comes after CBS’ stock price plummeted following their Q4 2019 earnings report. MarketWatch reports they failed to meet revenue expectations and it even fell 3% from $6.871 billion to $7.092 billion. 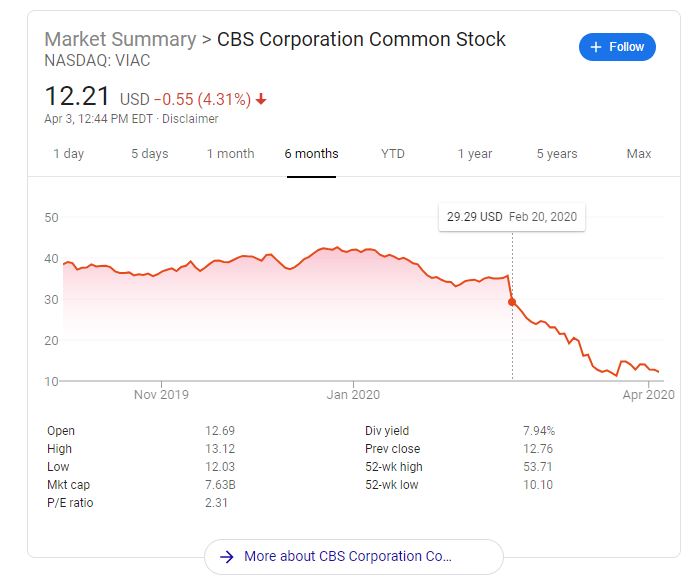 While touting that Picard has broken records for CBS All Access, Bakish did not actually detail their subscriber numbers in contrast to Disney’s former CEO Bob Iger, who revealed Disney Plus had over 25 million subscribers.

Not only did Bakish not reveal subscriber numbers, but viewership for Picard in Canada, which is publicly available, reveals the show is bleeding viewership with over half a million people having tuned out from the first episode.

The show premiered in Canada with 1.851 million viewers. However, the latest numbers showing the penultimate episode in Canada show only 1.183 million people tuned in. That’s a loss of over 668,000 people.

One would assume that if CBS All Access’ record numbers were actually something to tout Bakish would be openly bragging about them on the investors’ call in order to try and alleviate their tanking stock price.

Free CBS All Access With Required Credit Card Info A Scummy Way To Get Subscribers?

That’s why I have to question the timing of this “offer” especially since credit card information is required in order to redeem. While this offer looks like a great way to help people push through the current quarantines that many people are facing, the fact is CBS has their own reasons to extend this offer.

One only has to look at ViacomCBS’ finances over the last six months to wonder if this move is just a ploy to fool Star Trek fans into swelling their subscriber numbers, which in turn gives the company ammo for their nervous investors that they’re in fact doing well.

What do you think, is this just a scam, or is ViacomCBS attempting to do their part to get people through their boredom?