First announced during 2018’s The International 9 eSports tournament in Shanghai, the quiet launch of the ‘Steam China Client’ was first discovered by eSports news outlet Win.gg. Though it appears that the client’s Chinese servers are currently offline, there are three major differences between the standard international client and the Communist Party of China-approved one.

The first major difference is that, upon launching any title in a library, users will be met with a “Healthy Gaming Advisory” which advises players to remember that “well-planned use of your time will lead to a healthy lifestyle.” 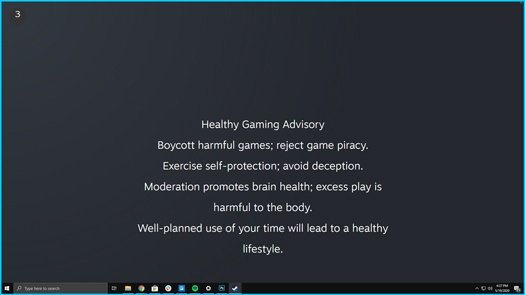 All images provided by Win.gg

At current, Steam Profiles appear to lack the ability to display a customized avatar or username, with these aesthetic items replaced by the default ‘question mark’ icon and a randomly generated user number, respectively: 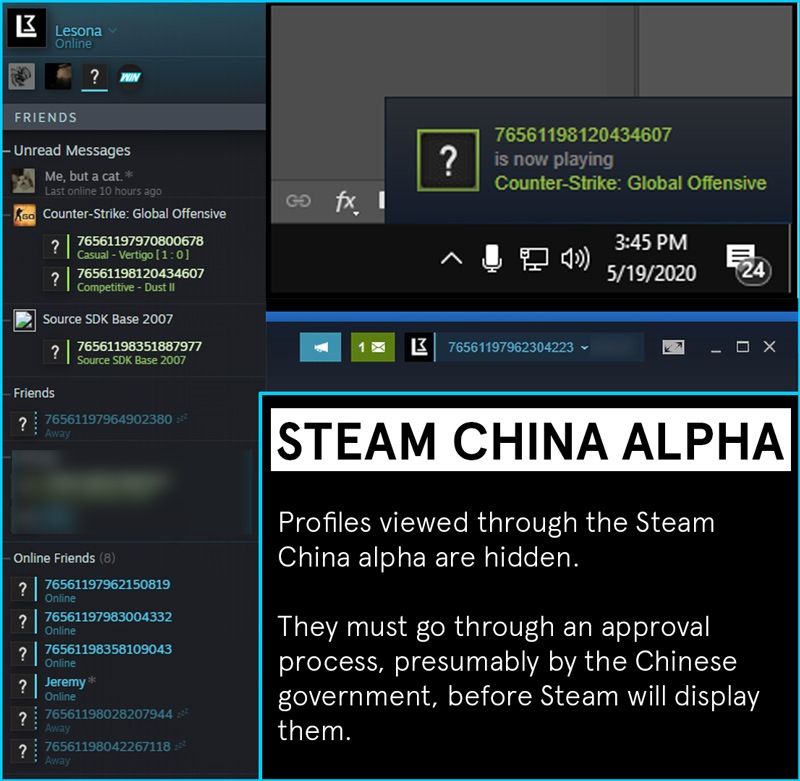 While no reason for this homogenization of user identities has been identified, Win.gg speculates that “these Steam Community features must be approved individually by a Chinese entity, likely a government agency, before they are cleared to be displayed.”

Most dramatically of all, Win.gg found that the client restricts certain games from being played between specific time periods, likely a measure to combat the claimed rise in “mental disorders, including gaming addiction” by the Chinese government.

As of writing, Valve has not publicly commented on the alleged launch of the censored client, nor has any specific time frame been given for its official launch.