The latest title in the Call of Duty franchise, Black Ops Cold War, has sparked outrage online after critics took offense to the game’s negative depiction of Soviet Russia.

The trailer was released to audiences on August 24th, in a cryptic tweet from the official Call of Duty Twitter account that simply read “Know Your History.” 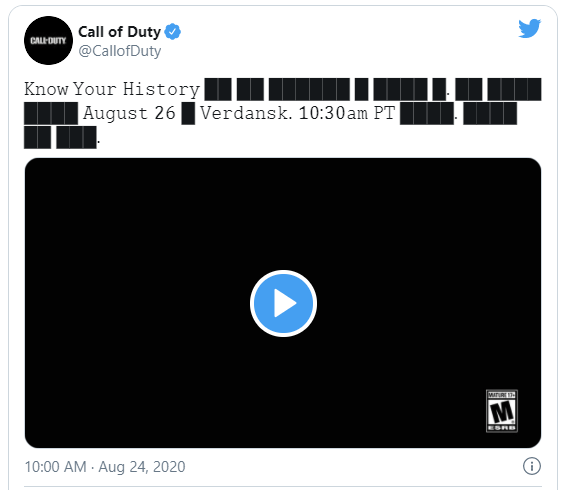 The trailer features snippets of the famous 1984 interview of former KGB agent Yuri Bezmenov conducted by author G. Edward Griffin, in which Bezmenov explained in great detail the methods that Soviet Russia sought to use to destabilize the United States.

A specialist in misinformation, Bezmenov broke down how multiple facets of western society were targeted for infiltration by Soviet agents who aimed to destabilize the West.

Their ultimate goal, according to Bezmenov, was to ultimately usher in a world-wide communist revolution.

The teaser trailer was soon descended upon by users were outraged with its negative depiction of communism, Soviet Russia, and the tactics of the KGB.

One user, @LefistTech, took issue with the “comments on the new Call of Duty: Cold War trailer :)” and accused publisher Activision of “perpetuating the bunk nazi myth of cultural marxism.” 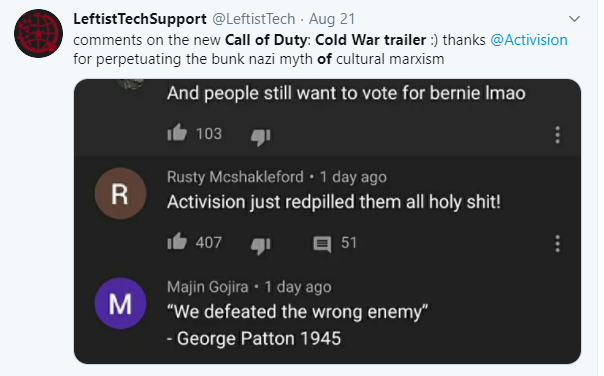 @Deadtriumvirate called the trailer “pure propaganda” and accused Bezmenov of “just saying what conservatives wanted (and in some cases still want to) hear about the spooky “commies.””

User @TheScore16 attempted to draw parallels with the trailer and Trump and hyperbolically asserted that”so like Trump endorsed QAnon, the FBI literally tweeted anti semitic propaganda and call of duty just dropped a McCarthyite ass trailer for a game about the Cold War all in one day.”

Another user, @bagheera_0, said, “The call of duty Cold War trailer is yet another staple of anti socialist propaganda. It’s eerie to see so many people convinced that we are undergoing communist subversion from a foreign power in 2020”:

Journalist Ben Norton called the entire Call of Duty franchise “government-backed imperialist propaganda” and went on to say that “The new Call of Duy Black Ops: Cold War is yet another example of this blatant brainwashing.” 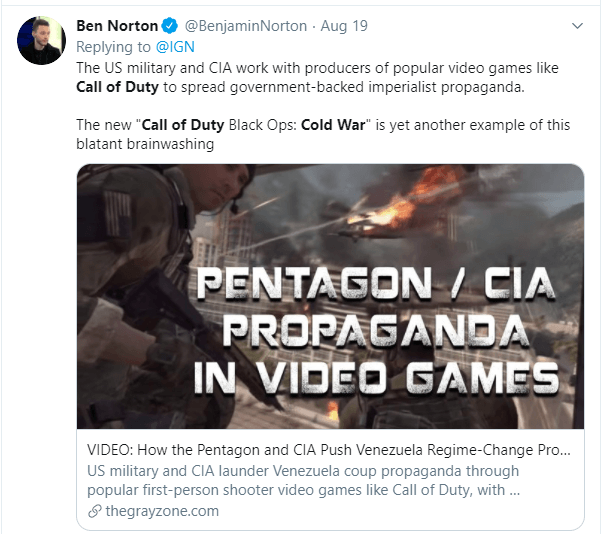 Youtuber Arch, also made a video titled “Call of Duty Makes Anti-Marxist Video!” about the trailer, and opined that someone in Activision marketing, “had to have known” that eyebrows would have peeked up with the trailer, especially in light of the political unrest seen in many cities throughout the United States.

“I cannot imagine that they didn’t know the contentions of that,” Arch said.

Over on r/BreadTube, a subreddit dedicated to “online content creators who make content explaining or giving editorial opinions from socialist, communist, anarchist, tankie users and other left wing perspectives,” users were just as unhappy with the trailer as those on Twitter.

One user questioned why the trailer did not use “the leaked Nixon audio where he wants to use nukes in Vietnam or where they say that all black Americans are potential soviet spies” before claiming such history “would alienate their player base.”

Others were just plain mad at the trailer, such as /u/tofu-juice who stated “Just watched the trailer and read through some of the comments and uh…yeah im exhausted. F*** this. This is ridiculous.”

The conversation would inevitably turn towards the issue of politics in video games, with many /r/breadtube users drawing false equivalences between historical anachronisms and the existence of real world history they disagreed with.

/u/FibreglassFlags simply replied with a sarcastic “Gamers are the most oppressed minority of all.”

Unsurprisingly, the Call of Duty franchise was eventually likened to “US Propaganda”, with developer Treyarch being accused of being “either run by idiots or far-right chuds.”

Another user further claimed that the trailer was “barely even for the game,” and was instead “just a micro propaganda film!”

What do you make of the anger towards Call of Duty: Black Ops World War? Do you think it’s propaganda, or simply a look back at a real world conflict between two super powers?

Let us know your thoughts!