On Rotten Tomatoes the film currently has an 83% Fresh rating from critics with an average rating of 7.22 from 98 critics. There are 81 fresh ratings and 17 rotten ratings. 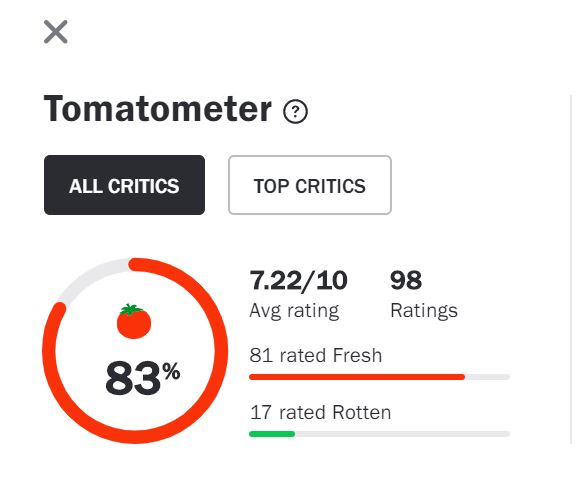 Filtering for Rotten Tomatoes’ “Top Critics” the film still maintains its overall 83% rating despite having a lower average rating of 6.95 out of 10 from 23 critics. There are 18 fresh rating and 5 rotten ratings. 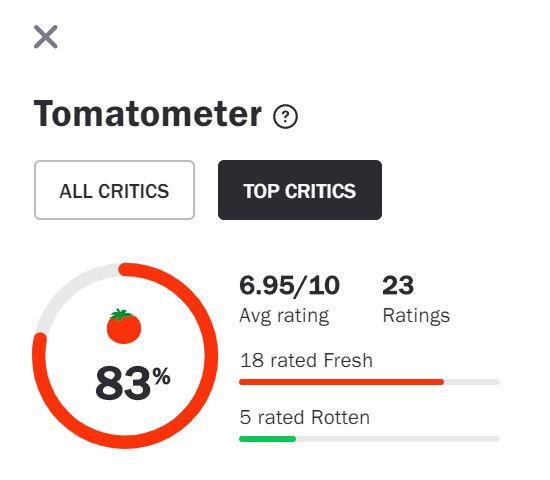 Michael Phillips at the Chicago Tribune gives the film a 2 out of 4. He writes, “I wish “Tenet” exploited its own ideas more dynamically. Nolan’s a prodigious talent. But no major director, I suppose, can avoid going sideways from time to time.”

Richard Roeper at the Chicago Sun-Times gives the film a 3.5 out of 4. He writes, “Working from his own labyrinthine screenplay, Nolan (along with cinematographer Hoyte van Hoytema and the special effects crew) has great fun with elaborate set pieces…”

Brian Tallerico at RobertEbert.com gives the film a 3 out of 4. He writes, “It is 100% designed as an experience for people who have unpacked films like The Prestige and Memento late into the night, hoping to give Nolan fans more to chew on than ever before.”

Christina Newland at Vulture gives the film a rotten rating. She writes, “Tenet is a locked puzzle box with nothing inside.” 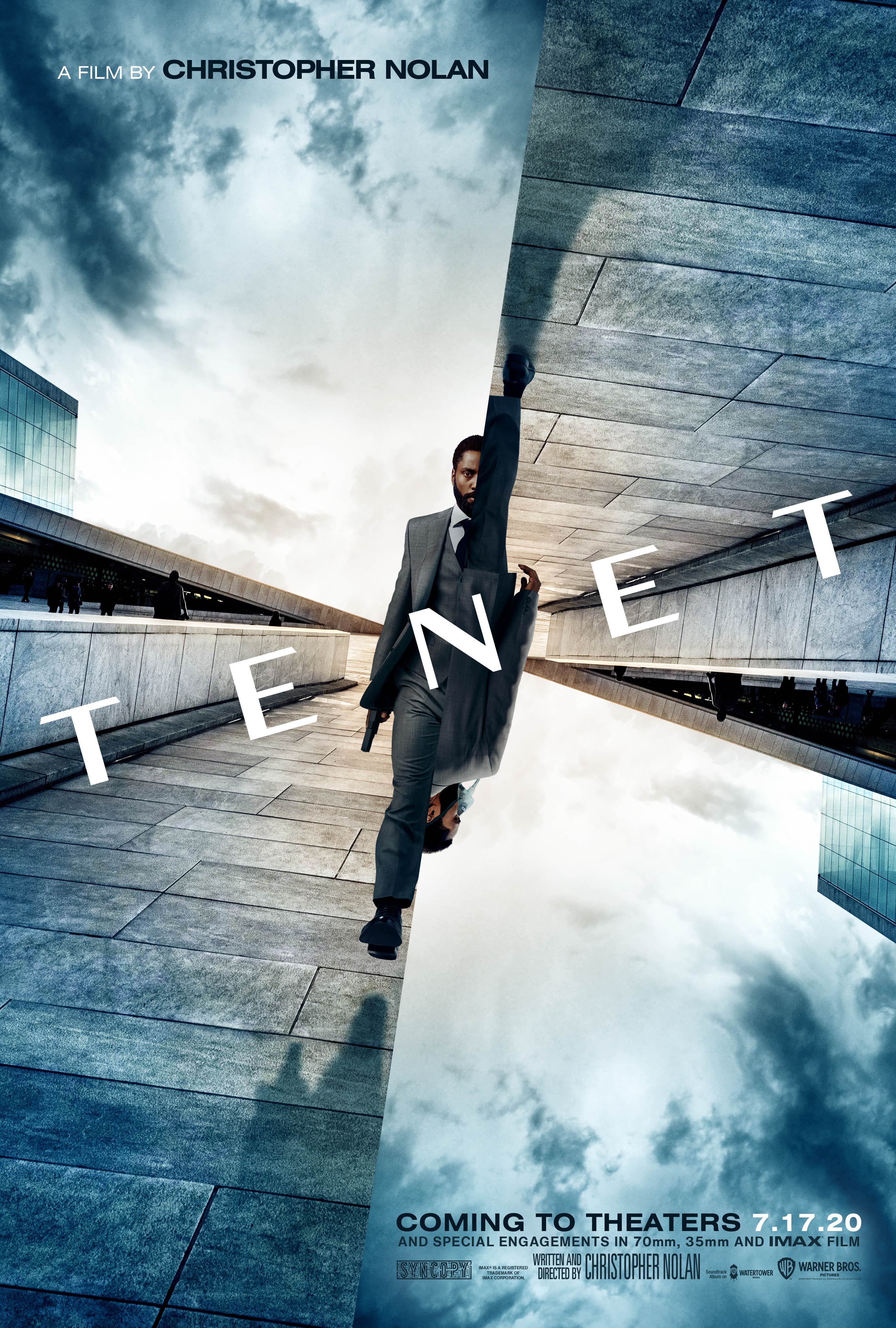 Peter Bradshaw at The Guardian gives the film a perfect 5 out of 5. He writes, “A deadpan jeu d’esprit, a cerebral cadenza, a deadpan flourish of crazy implausibility – but supercharged with steroidal energy and imagination.”

Nicholas Fonesca at Entertainment Weekly gives the film a B-. He writes, “Tenet cuts both ways, welcoming us into Nolan’s time-bending world of wonder while also practically daring us to come out the other end without a headache.”

B.P. Flanagan at Slant Magazine gives the movie a 2 out of 4. They write, “Every time that Tenet stops to speak, it only emphasizes a hollowness within: how enamored it is of its own cleverness.”

Jason Best at Marie Claire gives the film a rotten review. He writes, “But there remains a sense that Nolan has got his cinematic mission back to front. Yes, he’s giving us a cerebral workout, yet we could also do with more visceral thrills and romance, and a bigger sense of fun.” 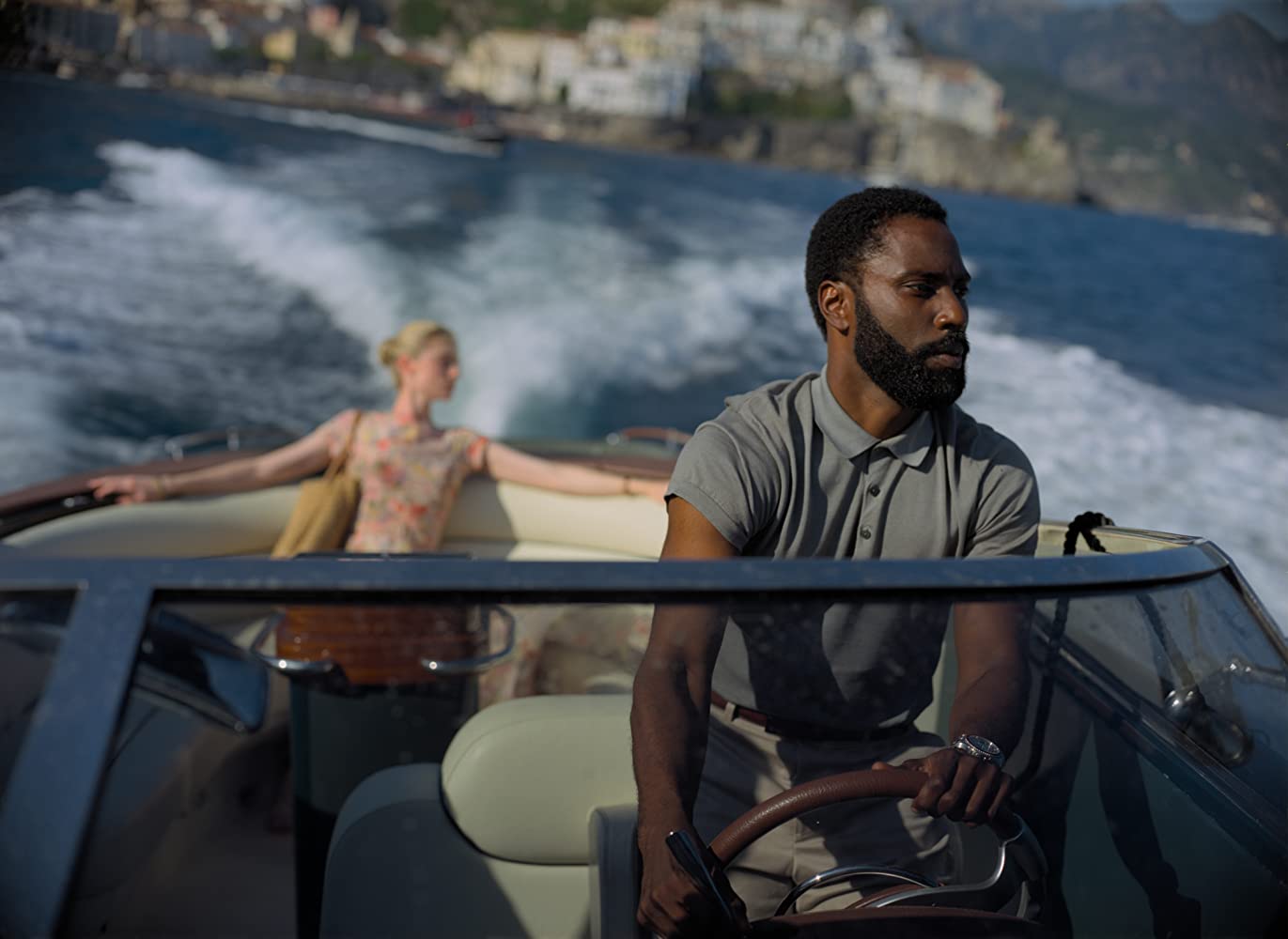 John Lui at The Straits Times gives the movie a 3.5 out of 5. He writes, “This one has it all: a brand-name film-maker in Christopher Nolan, big names in the cast and, most importantly, big action.”

Roger Moore at Movie Nation gives the film a 3 out of 4. He writes, “A bang-on Bond film buddy picture set in Bizarro World.”

Rebecca Harrison at Screen Queens gives the film a fresh rating. She writes, “Tenet is a complex and yet deceptively simple film that has the capacity to leave you loving and loathing it at the same time. As it is so hellbent on telling us: yes, we can have it both ways.”

On Metacritic the film currently has a 70 Metascore from 31 critic reviews. It recieved 21 positive scores and 10 mixed scores. There were zero negative scores.

Here’s what the critics on Metacritic are saying about the film.

Jordan Farley at Total Film gives the film a perfect 100. They write, “Tenet is a practically perfect (re)introduction to the big screen. Whether audiences are ready – where safe – to return to cinemas en masse is another question entirely. Certainly, Tenet’s a more challenging film than some may be comfortable with after a five-month absence, but this is an all-too-rare example of a master filmmaker putting everything on the table with, you sense, not a modicum of his vision compromised. The stakes have never been higher, but Tenet is exactly the film cinemas need right now.”

Robbie Collin at The Telegraph also gives the film a perfect 100. He writes, “The depth, subtlety and wit of Pattinson and Debicki’s performances only becomes fully apparent once you know where Tenet is going, or perhaps that should be where it’s been. Still confused? Don’t be. Or rather do be, and savour it. This is a film that will cause many to throw up their hands in bamboozlement – and many more, I hope, to clasp theirs in awe and delight.”

Barry Hertz at The Globe and Mail gives the film an 88. He writes, “Tenet is not so much a decipherable thriller as it is an extreme exercise in reverse-engineered narrative incomprehensibility – the cinematic equivalent of a half-baked pretzel, its goopy symmetrical loops superficial yet delicious all the same.”

Matt Purslow at IGN gives the film an 80. He writes, “Tenet is not Christopher Nolan’s masterpiece, but it is another thrilling entry into his canon. In a world where blockbuster cinema is dominated by franchises and sequels, it serves as an accomplished demonstration of the pleasures of unconnected and non-serialised original storytelling. But while it does tread new ground, Tenet is the ‘safest’ film from Christopher Nolan in some years. Following two recent ambitious movies from the filmmaker, Tenet feels a little conservative, as if Nolan’s style is a franchise rather than a framework. Despite this, it remains more interesting than most other tentpole movies and acts as a beacon for the director’s strengths.”

Jessica Kiang at The New York Times gives the film an 80 as well. She writes, “The film is undeniably enjoyable, but its giddy grandiosity only serves to highlight the brittleness of its purported braininess.”

Guy Lodge at Variety gives the film an 80 too. He writes, “Tenet is no holy grail, but for all its stern, solemn posing, it’s dizzy, expensive, bang-up entertainment of both the old and new school.” 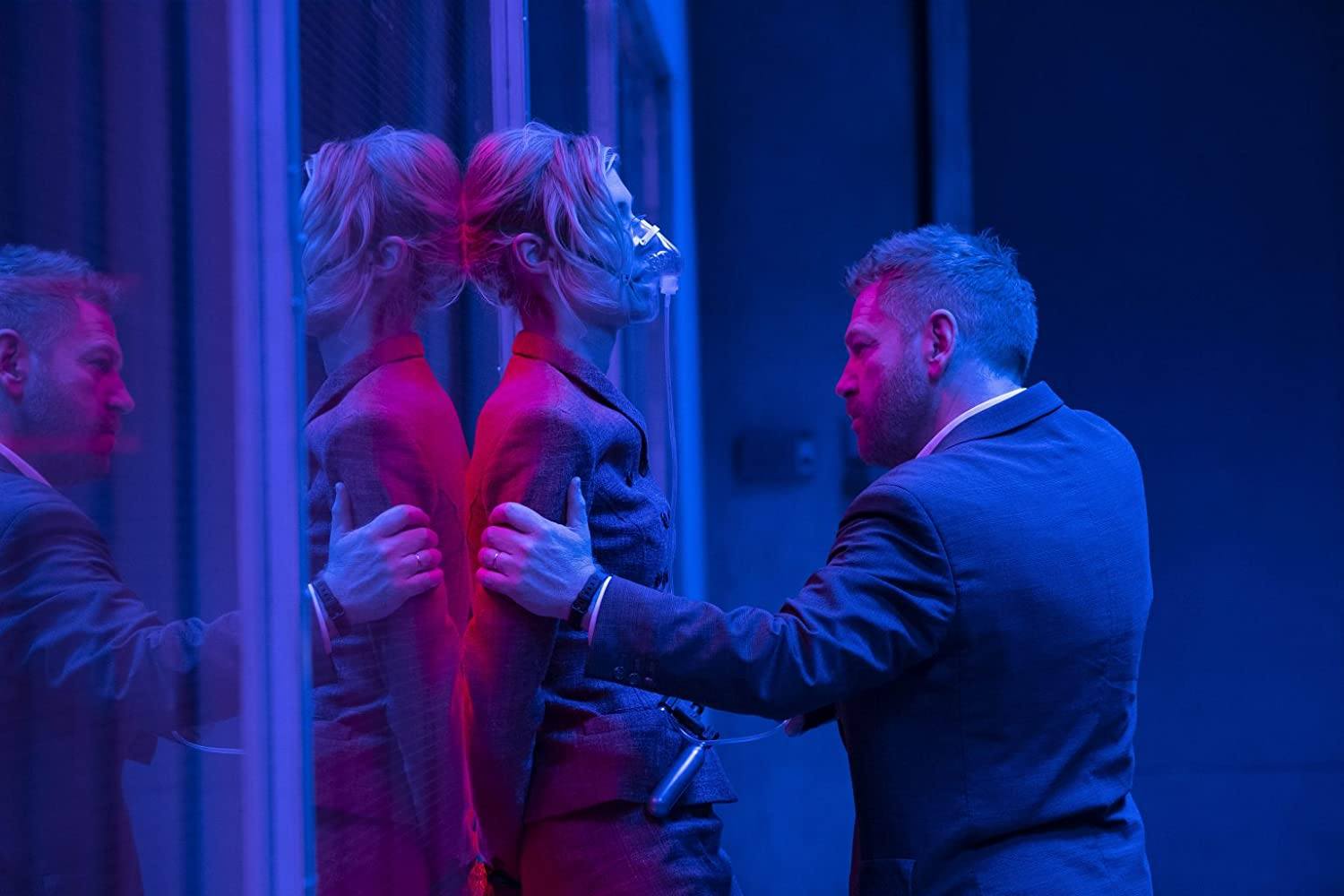 Alex Godfrey at Empire also gives the movie an 80. He writes, “Once again seizing control of the medium, Nolan attempts to alter the fabric of reality, or at least blow the roof off the multiplexes. Big, bold, baffling and bonkers.”

Emily Zemler at Observer gives the film a 75. She writes, “Aesthetically—accompanied by Ludwig Göransson’s aggressively throbbing score—Tenet is the cinematic spectacle you’ve imagined…The plot, however, is where things start to falter. Tenet is as convoluted—if not more so—than Inception or Interstellar, and its tangled narrative occasionally fails to completely unknot itself (although that may be the point).”

Jason Gorber at Slash Film gives the movie a 75. He writes, “No other artform could quite present such a collision of time, place, idea and emotion, and it’s clear that Nolan’s pure intent is to give us the utmost of what this medium can uniquely provide. At its best this is a ride that manages to be viscerally thrilling while still being emotionally and intellectually engaging, all in ways that are truly, uniquely cinematic. In other words, say what you will about the tenets of Tenet, at least it has an ethos.”

Tom Duggins at Cinevue gives the film a 40. He writes, “The master of cerebral action cinema is back, and whatever lessons were learnt about the triumph of the human spirit during the making of Dunkirk, they were swiftly forgotten for this new piece of filmic flimflammery.”

Mike McCahill at IndieWire gives the film a 40 too. He writes, “What kind of picture is it? Big, certainly: IMAX-scaled, and a hefty 150 minutes even after a visibly ruthless edit. It’s clever, too — yes, the palindromic title has some narrative correlation — albeit in an exhausting, rather joyless way. As second comings go, Tenet is like witnessing a Sermon on the Mount preached by a savior who speaks exclusively in dour, drawn-out riddles. Any awe is flattened by follow-up questions.

Hanna Flint at The Film Stage gives the film a 58. She writes, “It is somewhat disappointing to leave a movie without a full grasp of what you’ve just watched. Still, there’s something rather wonderful in seeing a filmmaker take a proper swing with an original concept in a tentpole world increasingly populated by sequels, remakes, and reboots. And while Tenet might not make it easy to connect the dots, it’s still a thrilling ride to herald the return of cinema-going.”

Donald Clarke at The Irish Times gives the movie a 60. He writes, “All this delicious incident has the makings of a gung-ho entertainment – Ian Fleming as mounted by Nasa. Unfortunately that’s not what we get. Even if we were brave enough to try, we would not be capable of spoiling a plot so wilfully obtuse it demands repeat viewings to disentangle.”

Armed with only one word—Tenet—and fighting for the survival of the entire world, the Protagonist journeys through a twilight world of international espionage on a mission that will unfold in something beyond real time.
Not time travel. Inversion.”

The movie will arrive in select theaters across the United States on September 3, 2020. It was originally scheduled to release on July 17, 2020.

What do you make of these critic reviews? Do you plan on seeing Tenet?