Zatanna Zatara is a staple of DC Comics first appearing in Hawkman #4 back in 1964. The character was created by Gardner Fox and Murphy Anderson with the unique twist that she casts her spells by saying the words backwards. 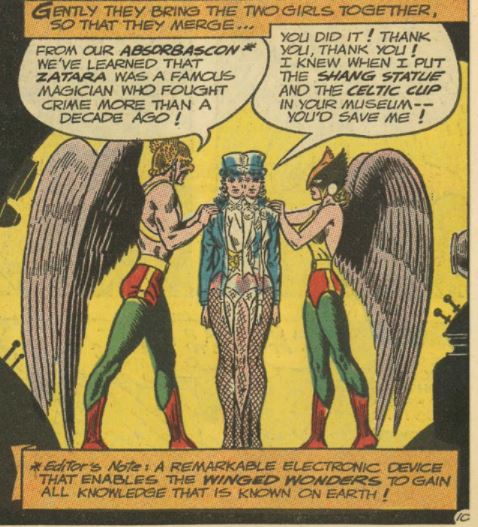 In her first appearance, Zatanna is seen searching for her father in between stage appearances. However, one of her spells goes awry and she ends up splitting herself in half and immobilizing both portions of her.

Fortunately, Hawkman and Hawkgirl are able to discover both halves and are able to put her back together.

Zatanna would continue her search for her father being aided by a number of other DC Comics heroes including Atom, Green Lantern, and Elongated Man. 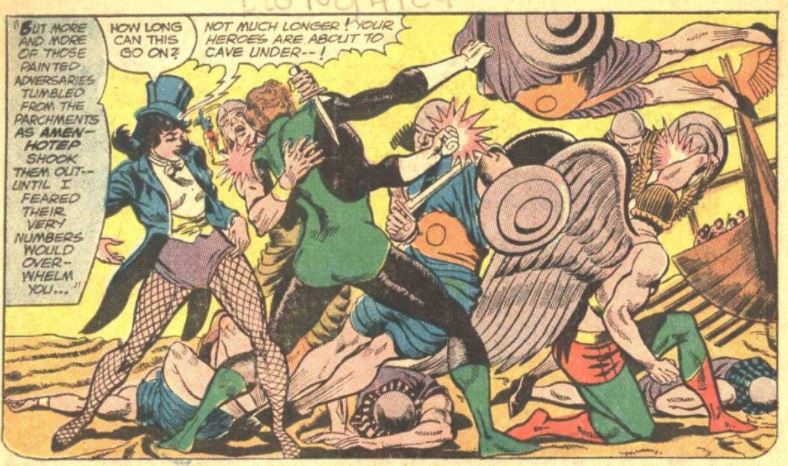 She would eventually summon those heroes as she was transported to the land of Kharma by the elemental Allura. In a bit of a twist, Zatanna would actually have to magically duel against her father as he had been cursed by an evil version of Allura.

Fortunately, a good version of Allura would arrive and defeat the evil version, who would renounce her curse and allow Zatanna and Zatara to reunite. After being reunited Zatara would reveal the truth that Allura had cursed him from having any contact with his daughter else he die. In order to avoid the curse coming to fruition he fled Earth and sought out the good Allura, who could break it. 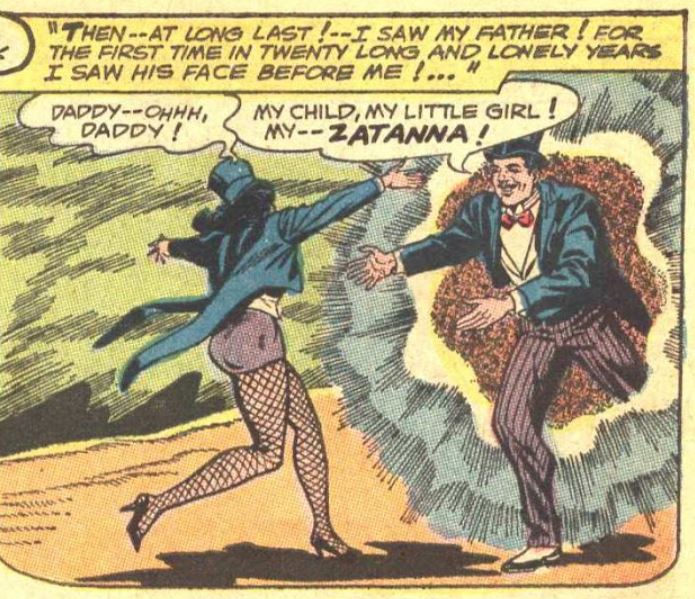 Zatanna would go on to battle Allura on a number of occasions afterwards, and she would also begin to provide assistance to the Justice League of America. Eventually she would be made a full member of the League and would debut a brand new costume while saving Green Lantern from Warlock.

She has a unique relationship with Batman becoming close friends with the Dark Knight and even flirting romantically with him in a number of incarnations. However, that friendship would take a heavy blow, when Batman discovers that Zatanna wiped his memory during Identity Crisis.

Fortunately, Batman would begin to warm back up to Zatanna occasionally referring to her by the nickname “Zee.” 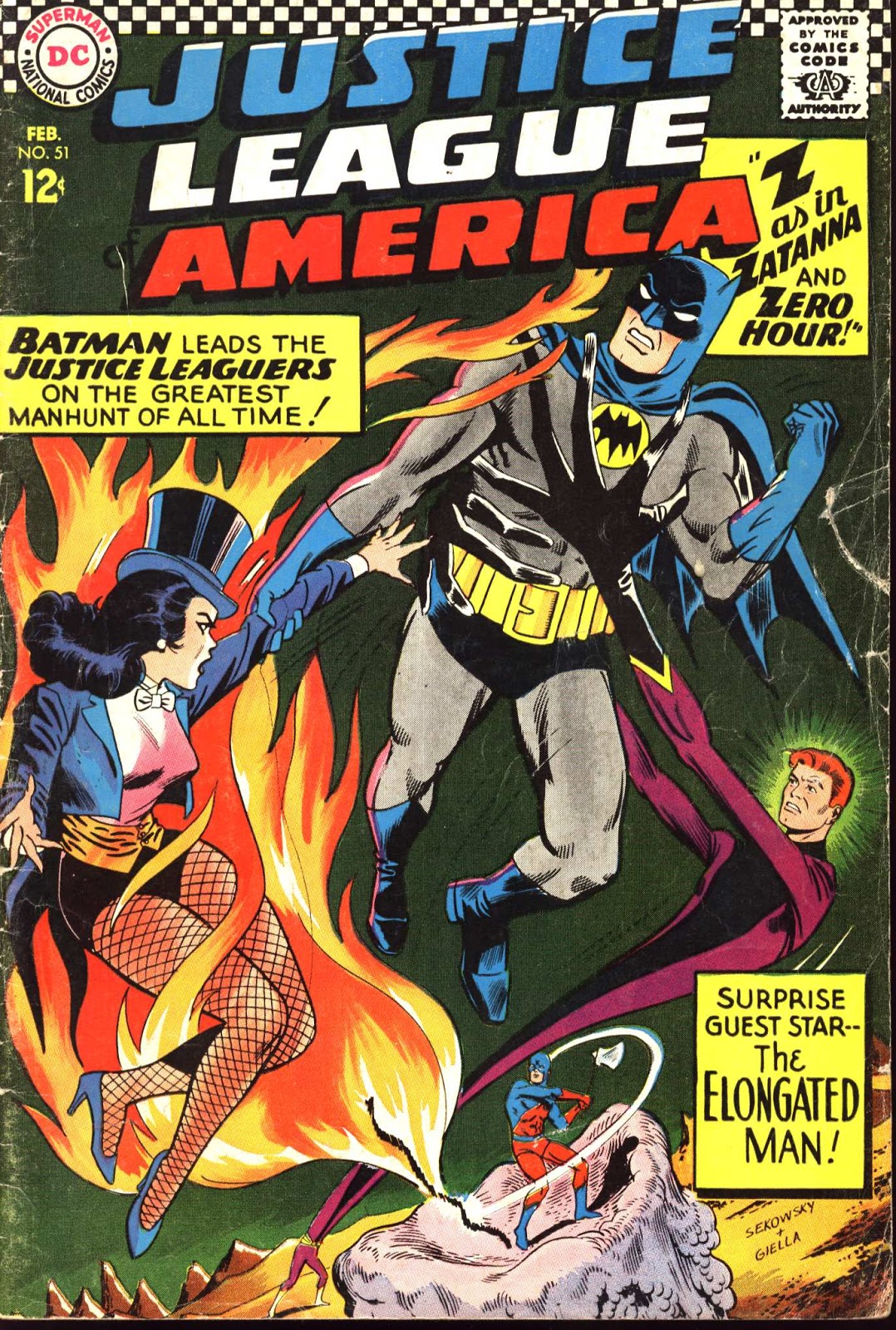 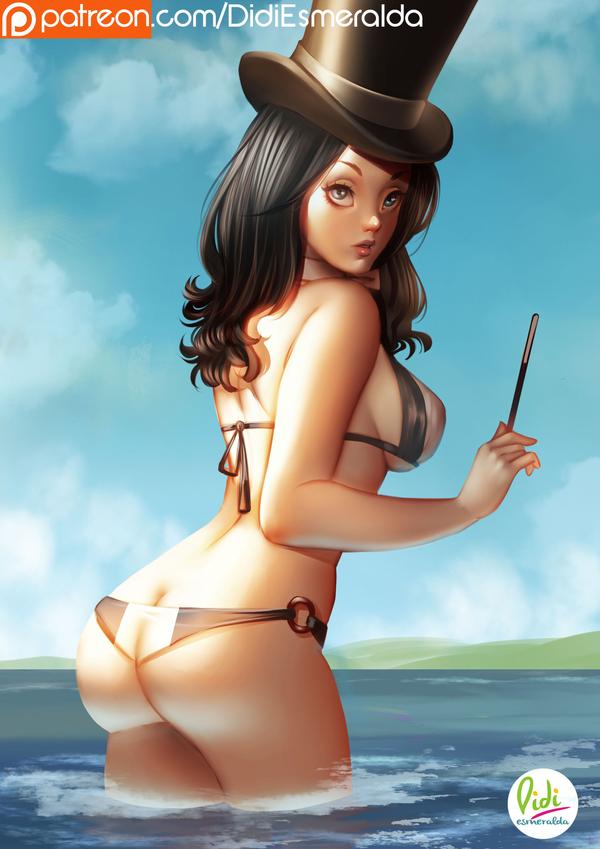 This isn’t the only pinup of Zatanna that Did-Esmeralda has done. The artist shared a more traditional pinup with Zatanna in her iconic costume with fishnets and a top hat. 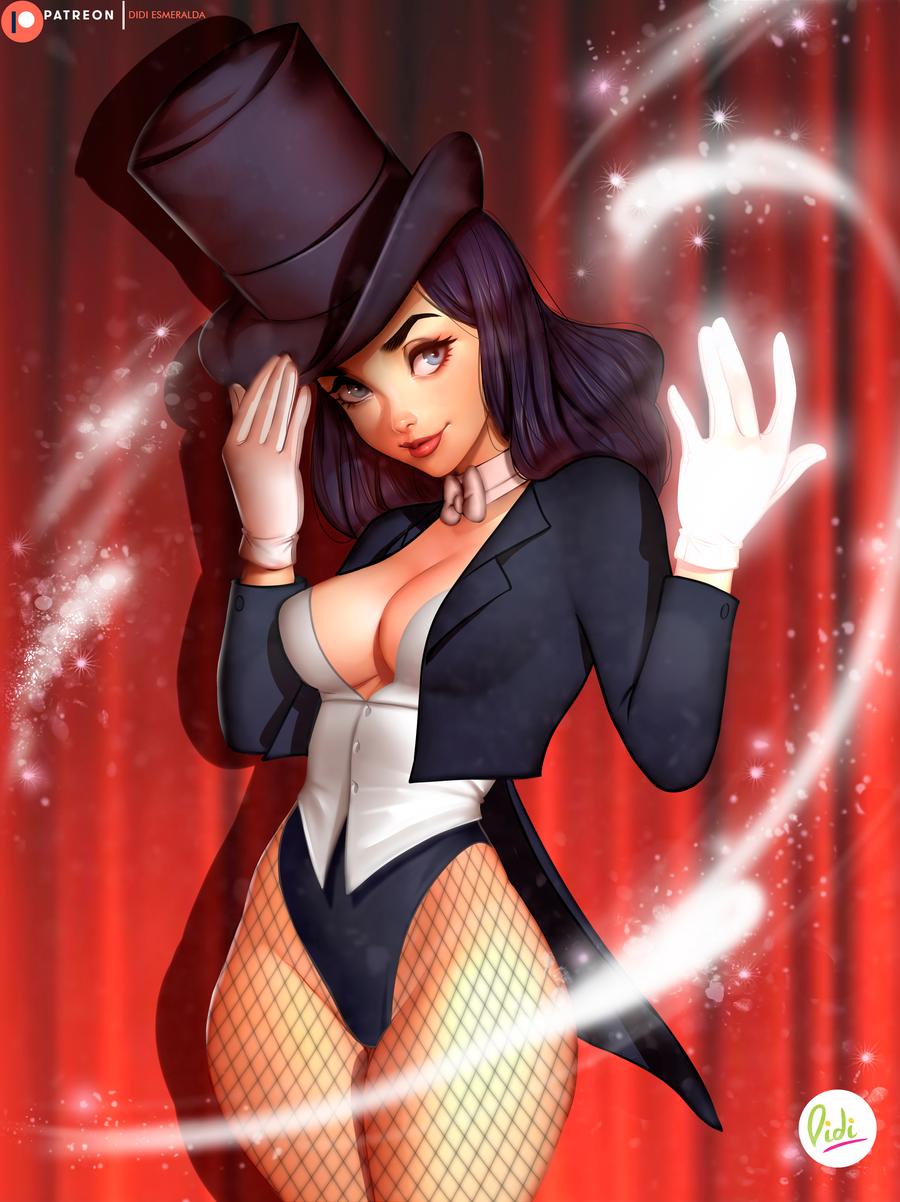 Didi-Esmeralda would also share a pinup of Zatanna performing a card trick. 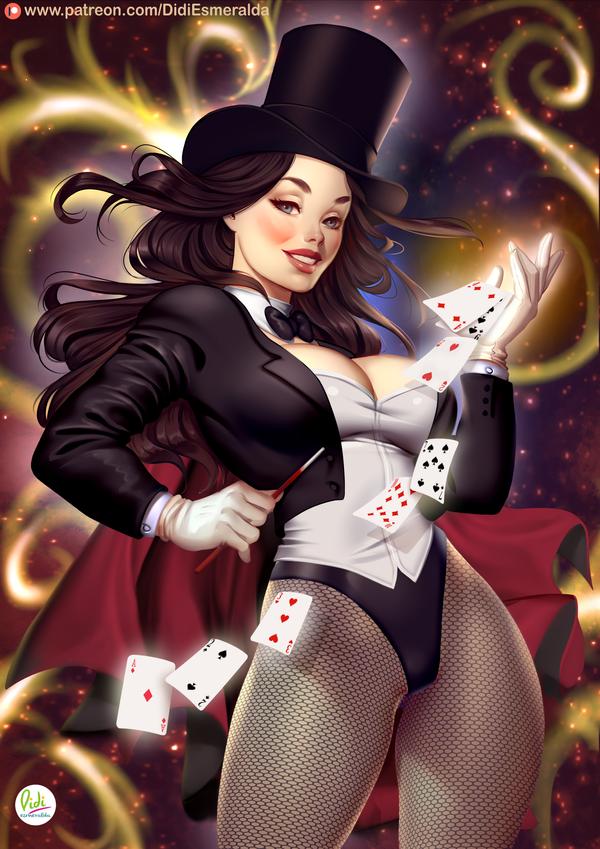 She would also share an image of Zatanna wearing a red corset with some holly and mistletoe on her top hat in a Christmas themed outfit. 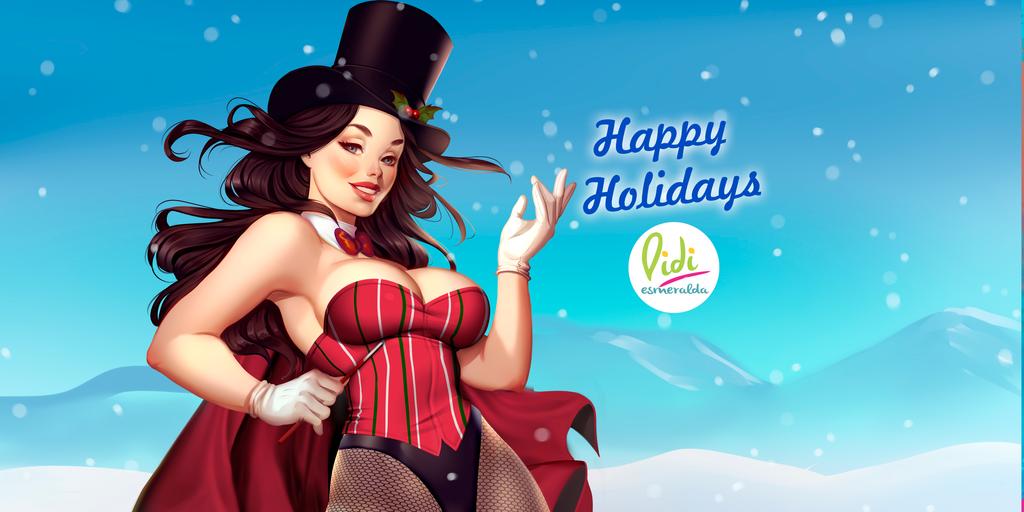 What do you make of Didi-Esmeralda’s Zatanna pinups? Which one is your favorite?