A new rumor claims that Netflix is eyeing Spider-Man actor Tom Holland to play Link in a Legend of Zelda project.

The rumor comes from We Got This Covered, where writer David James explains, “That a movie and TV show are both being discussed and furthermore, Netflix is eyeing Tom Holland to play the lead role of Link.” 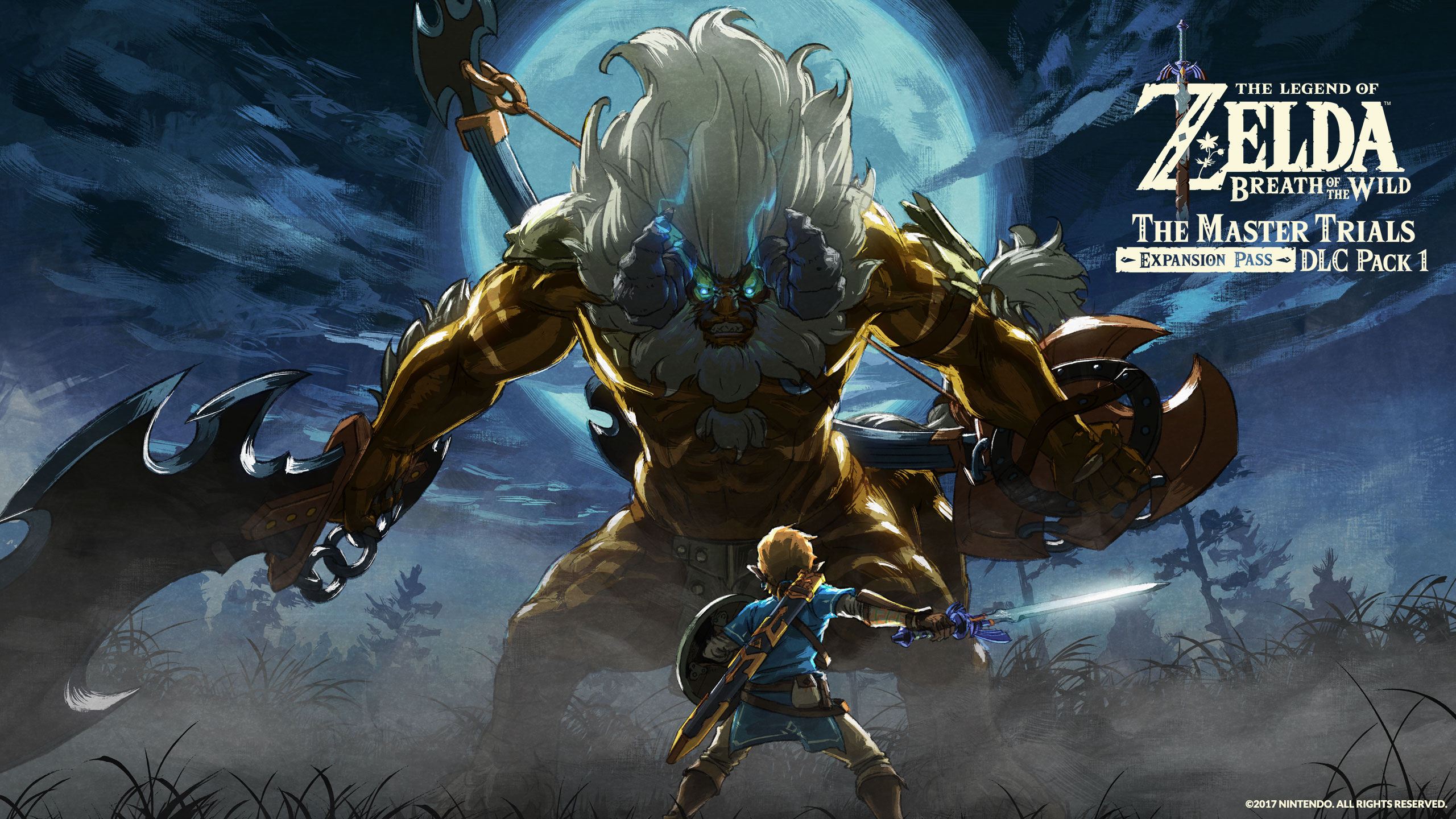 Scooper Grace Randolph also put her weight behind the rumor.

Randolph took to Twitter where she wrote, “This is TRUE.”

Related: Get a Sneak Peek of ‘The Legend of Zelda: Art & Artifacts’

She continued, “Tom Holland is wanted for Legend of Zelda but it’s very very early days – right now more of a Netflix wish.” 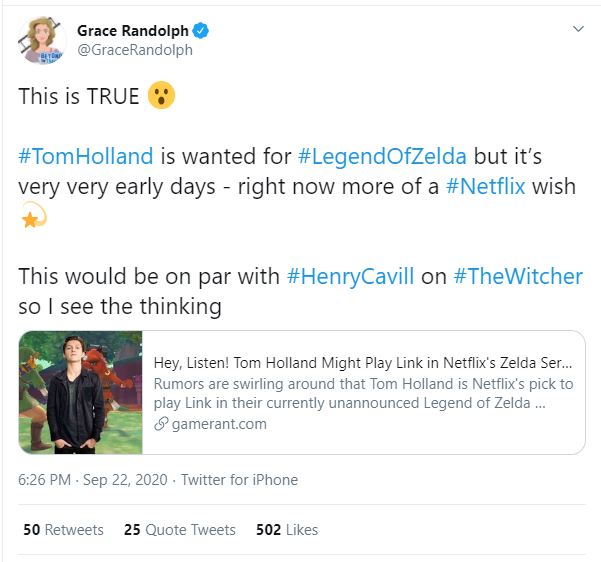 Related: Report: Legends of Zelda TV Show in The Works

Rumors about a Legends of Zelda project began circulating back in October 2018 when producer Adi Shankar said he was working with “an iconic Japanese gaming company to adapt one of their iconic video game series into a series.”

Shankar claimed he would make the announcement of what he was working on November 16th and that the success of his adaptation of Castlevania “created this opportunity.”

TheWrap would would then claim that Shankar was “in talks to produce Legend of Zelda TV series based on video game.”

However, this would prove to be false as Shankar revealed on November 16, 2018 that he was working on Devil May Cry.

Related: Cosplay of the Day: Zeruda Sama as Princess Zelda

In a follow-up post he confirmed he was working on Devil May Cry writing, “I’m weirdly sensitive about this photo. So excited to be turning Devil May Cry into a series.”

While Shankar might not be working on a Legends of Zelda series, it does appear there are a number of rumors indicating there is interest in adapting the series to TV whether that’s live-action or animated.

Holland’s star has exploded since he landed the role of Spider-Man. After appearing in Avengers: Infinity War and Avengers: Endgame, he provided the voice of Walter in Spies in DIsgues. He would continue supply his voice to a number of other films including Dolittle where he voiced Jip. He also voiced Ian Lightfoot in Onward.

More recently he starred in The Devil All The Time on Netflix.

His upcoming projects include Cherry, where he plays Nico Walker, Chaos Walking, where he played Todd Hewitt, and Uncharted, where he will play Nathan Drake. He will also reprise his role as Spider-Man in a third untitled Spider-Man film.

Would you be interested in seeing a Legend of Zelda live-action series? Would you want to see Tom Holland play Link?