CBS All Access is trying to pull out all the stops to get people to subscribe to the streaming service and watch Star Trek: Discovery.

The latest is the reveal that Star Trek: Discovery will introduce a new character in the form of Grudge the Cat.

CBS All Access revealed the new character in a YouTube video providing a behind-the-scenes look at the feline who portrays her, Leeu.

In the short promotional video, Leslie Lawrence and Michelle Smith introduce potential audiences to Leeu. They describe the male cat as a “Maine Coone and he’s two years old.”

Both Lawrence and Smith have been impressed with Leeu’s acting abilities with Lawrence stating, “We put out a casting call for a large cat for the show and he’s fit the bill. And so far, he seems to be a one take wonder.”

Lawrence would later add, “The first thing with cats is that they can spook easily, so we have to make sure that the environment that they are in, that we put them, that they feel safe.”

She continued, “The second thing is to try and get him to look exactly at the camera. So to do that, with him, because he’s pretty motivated with fast objects, and he seems to really like the tin foil and the treat bag, so we kind of get him to make the eye contact that they want for the shot.”

Grudge the Cat won’t be the first cat to appear in Star Trek. A number of cats were kept as pets and appeared throughout The Next Generation.

Data had a cat named Spot that appeared in “Data’s Day,” “In Theory,” and “Schisms.” 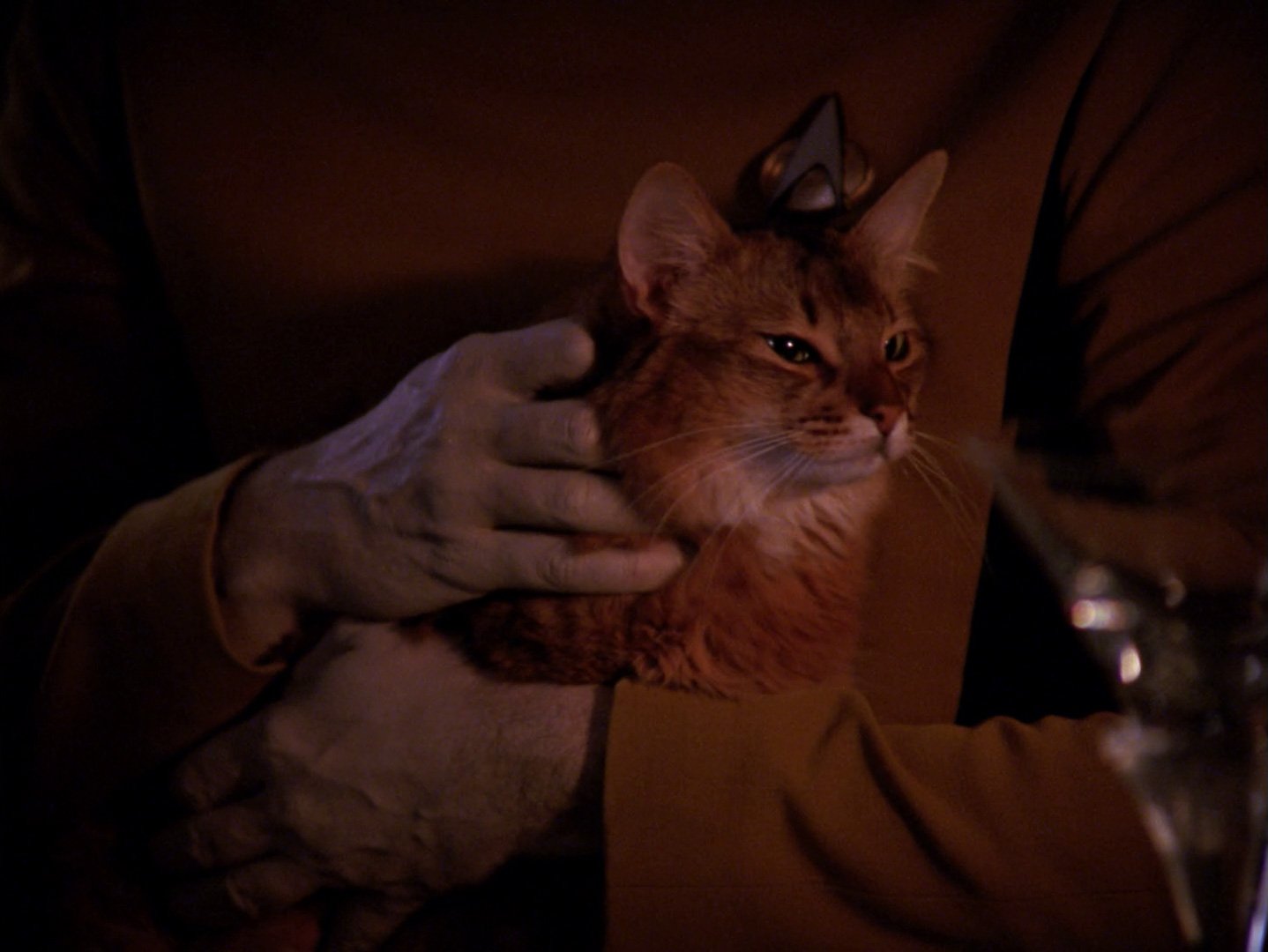 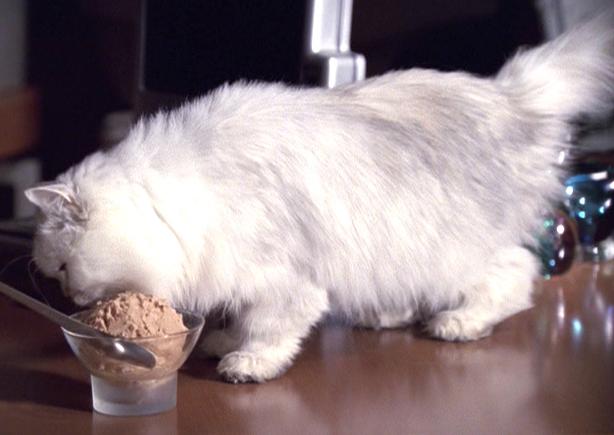 Chester, who was owned by Liam Bilbyu and later Miles O’Brien appeared in Deep Space Nine’s “Honor Among Thieves” and “Time’s Orphan.” 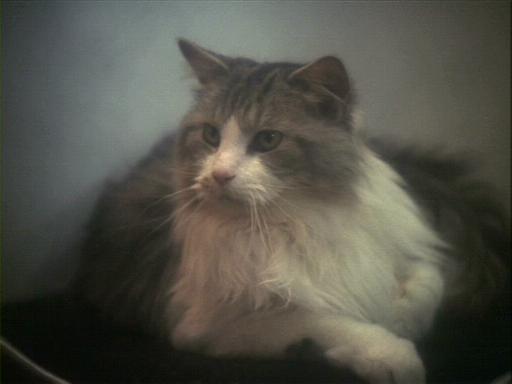 In The Original Series episode “Castpaw” the alien Sylvia was able to transform into a black cat using a device called a transmuter. 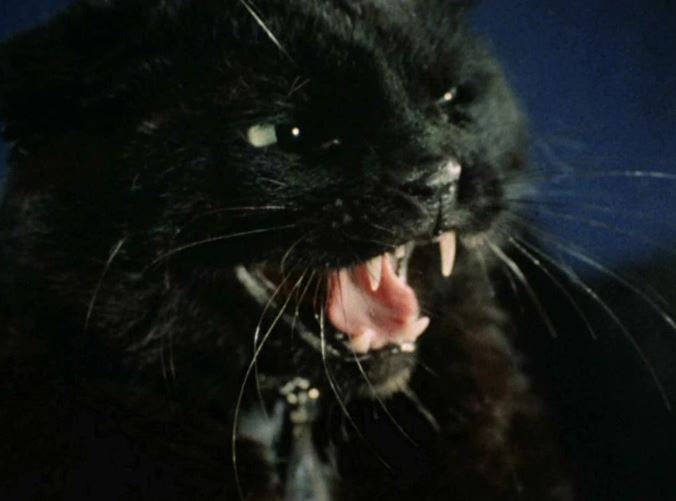 In “Assignment Earth” a cat named Isis who accompanied Gary Seven was actually able to understand the benevolent alien and communicate with him.

While CBS All Access revealed that Grudge the Cat will appear in the upcoming season of Star Trek: Discovery, the cat’s role is still a mystery. An update to the cat’s Instagram does see him lounging on the shoulders of David Ajala’s Cleveland “Book” Booker.

And Ajala posted to Twitter indicating the cat appears to belong to his character Cleveland “Book” Booker.

Ajala wrote, “Introducing Cleveland ‘BOOK’ Booker and his ride or die…Grudge The Cat.” 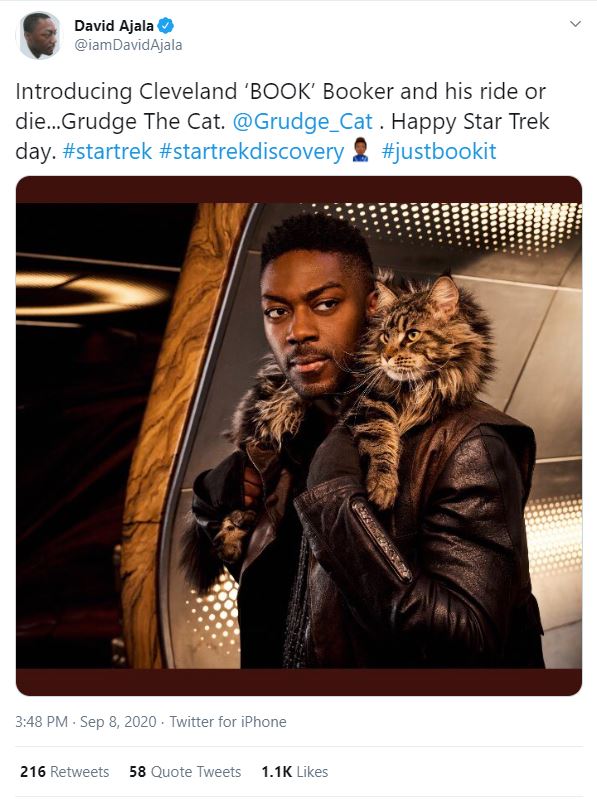 Do you think Grudge the Cat will lure viewers back to Star Trek: Discovery on CBS All Access?