Judge Cassandra Anderson  is a member of the PSI Division of the Justice Department of Mega-City One. Anderson was created by John Wagner and Brian Bolland and first appeared in 2000 AD #150 in February 1980 during the “Judge Death” story. 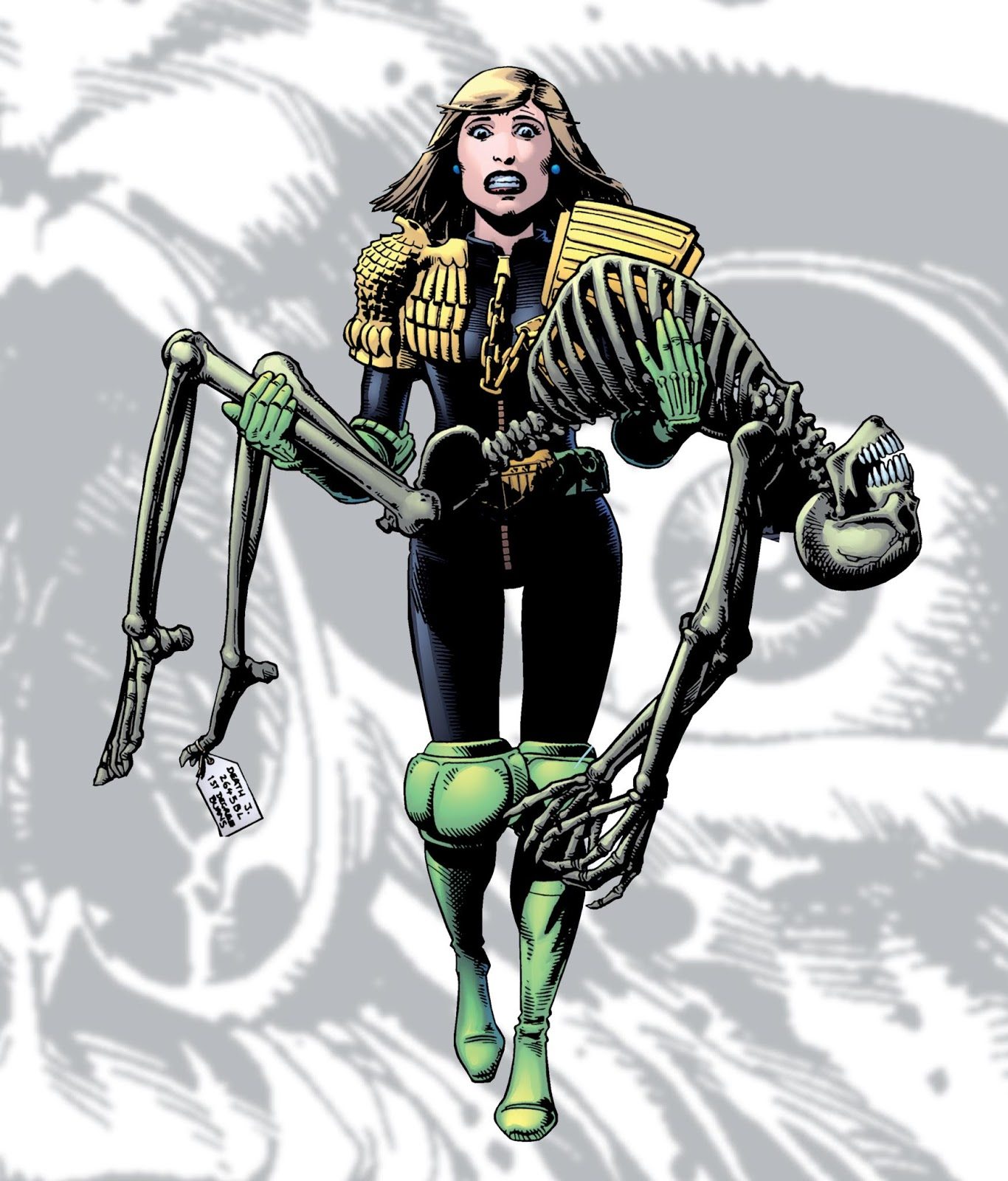 The story would be most recently reprinted and collected in Judge Dredd: The Dark Judges.

In the story, Anderson and PSI Division are introduced alongside Judge Death. PSI-Division is described as “Judges specially trained for their abnormal psychic power…”

Anderson makes it clear what she is capable of when she interrupts Judge Dredd telling him she’s already read him. She goes on to say, “Can’t hide your guilty secrets from a telepath, you know!” 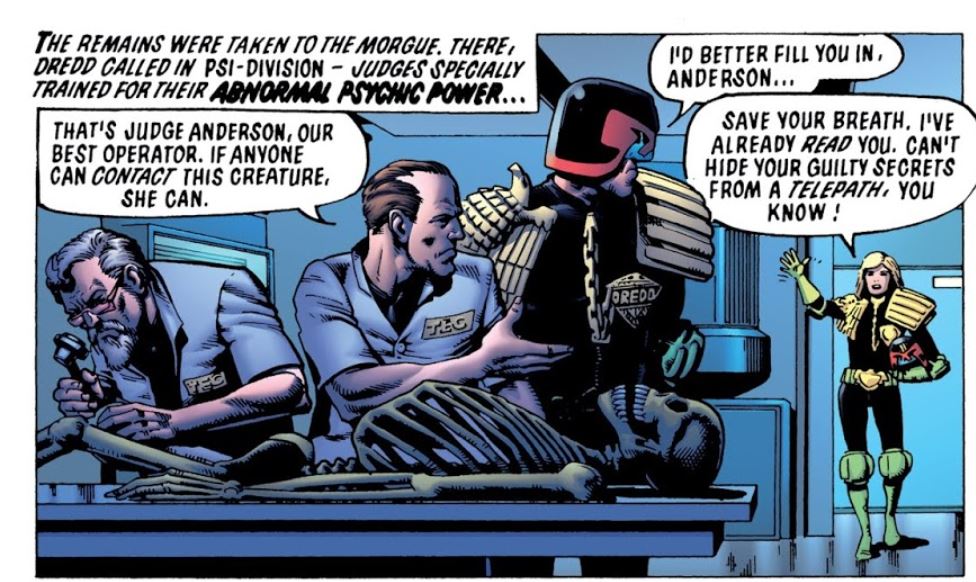 Not only would Anderson act as a telepath, but she was also able to commune with Judge Death, the undead Judge’s voice coming out of Anderson’s body.

Judge Death would then take possession of Anderson’s body despite her attempts at resisting him. However, Anderson would also discover how to contain Judge Death. She sacrificed herself and allowed Judge Dredd to encase both her and Judge Death, who was possessing her in a miracle plastic called Boing. 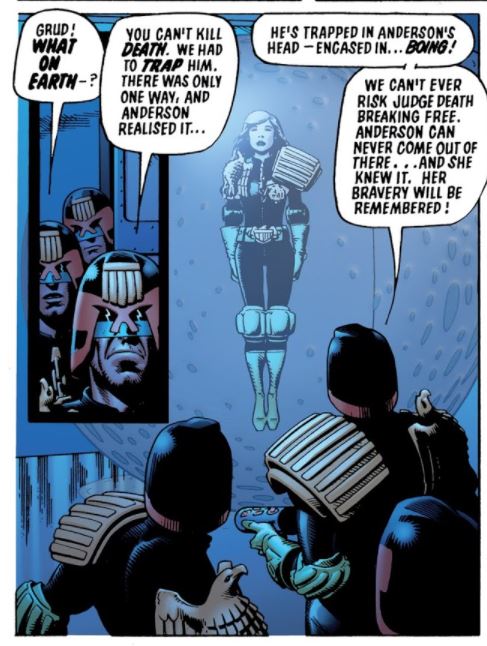 Anderson would then become a museum piece in the Hall of Heroes. However, her story would not end there. A man would free Judge Death under the coercion of the three other Dark Judges. With Judge Death freed, Dredd would order Anderson to be removed from the Boing case as well. 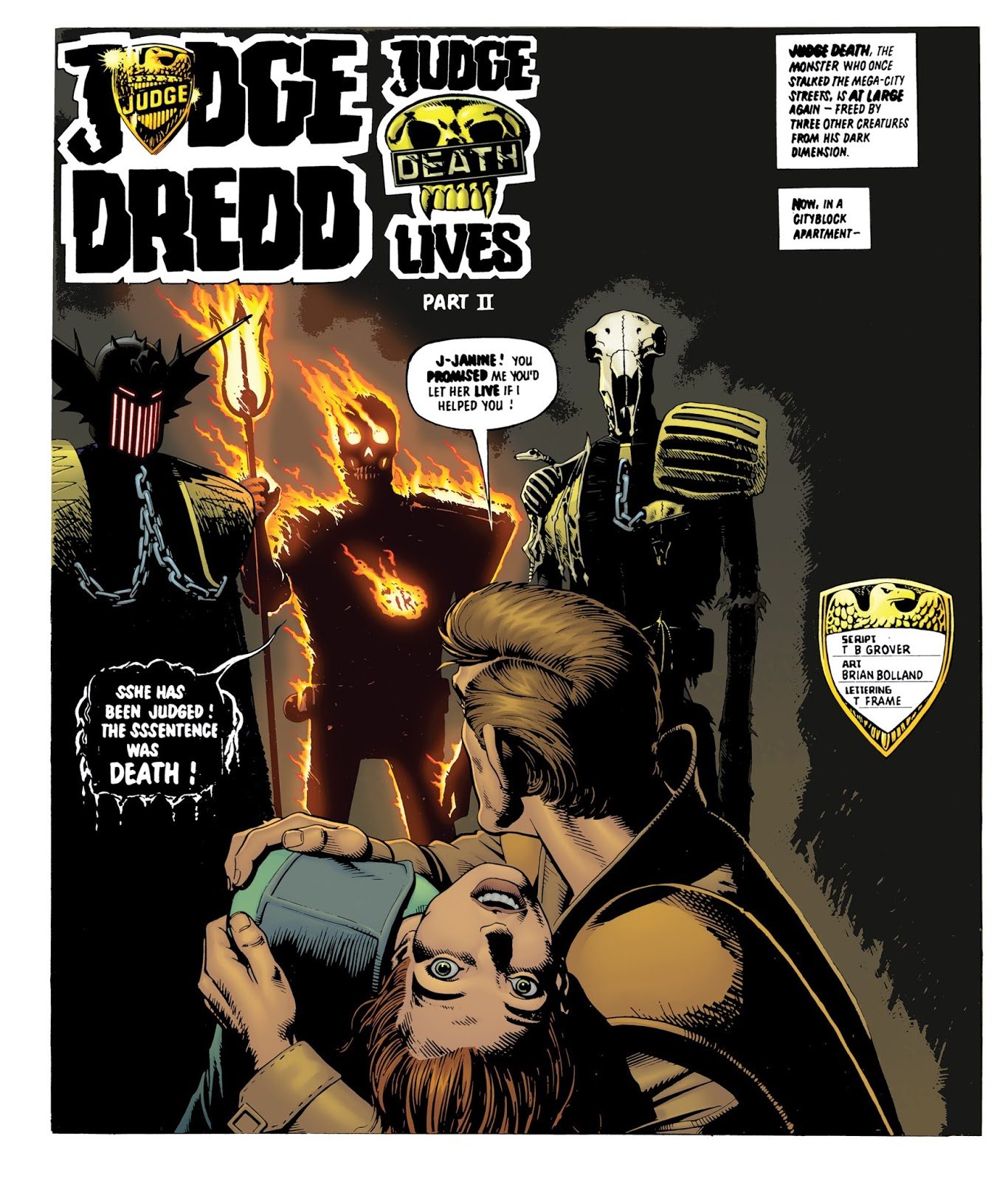 It would be Anderson with the aid of all the tormented souls of Deadworld who extinguishes the Dark Judges. 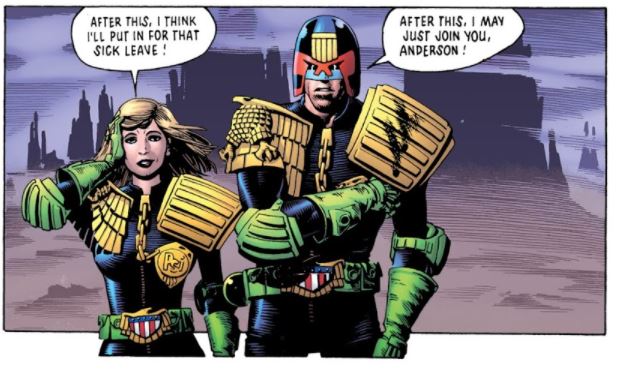 Anderson’s popularity would explode and she would get her own series, Anderson: Psi-Division, with John Wagner and Alan Grant co-writing. Eventually, Grant would take over full time writing duties for Anderson.

Grant commented on his Anderson work in 2005 saying, “A lot of Anderson counts among what I think of as my best work. The fact that I’ve had one of the best storytellers in the business, Arthur Ranson, along for most of the ride makes it even more memorable for me.”

As for the character’s design, 2000 AD editor Kelvin Gosnell claimed the character was based on 2000 AD Deidre Vine. He stated, “There was a shot that we needed for a cover and I got a camera with a very long lens on it and did a snap of her, from when she didn’t know, and gave the snap to Brian Bolland and said, ‘Make Anderson look like that.'” 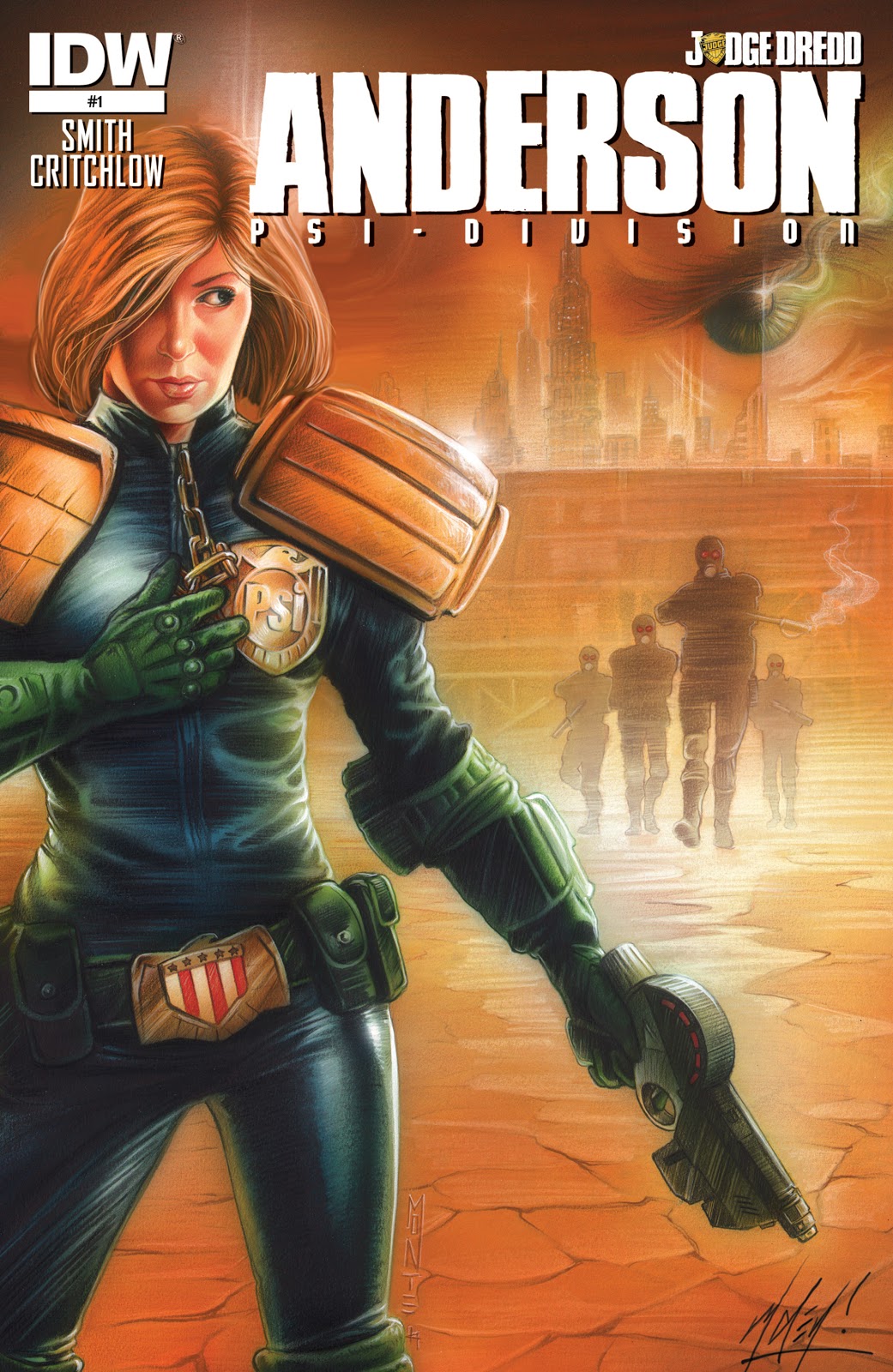 Anderson has appeared in numerous Judge Dredd stories as well as her own stories. She’s also appeared in a number of novellas from Abaddon Books as well as the Judge Dredd; Crime Chronicles – Double Zero audio drama where she was voiced by Louise Jameson.

The character would also make the leap to live-action in the 2012 film Dredd, where she was portrayed by Olivia Thirlby.

The first was shared back in May and shows Anderson in what appears to be a fire fight. You can see her with her Lawgiver drawn as she avoid a number of bullets coming her way.

The second pinup was shared in August. This one shows Anderson posing with her Lawgiver and her helmet resting on her thigh.

What do you make of these Judge Anderson pinups? Which one is your favorite?