Actor Thue Rasmussen, who was cast to play Eskel in the upcoming The Witcher Season 2, recently announced his exit from the show. 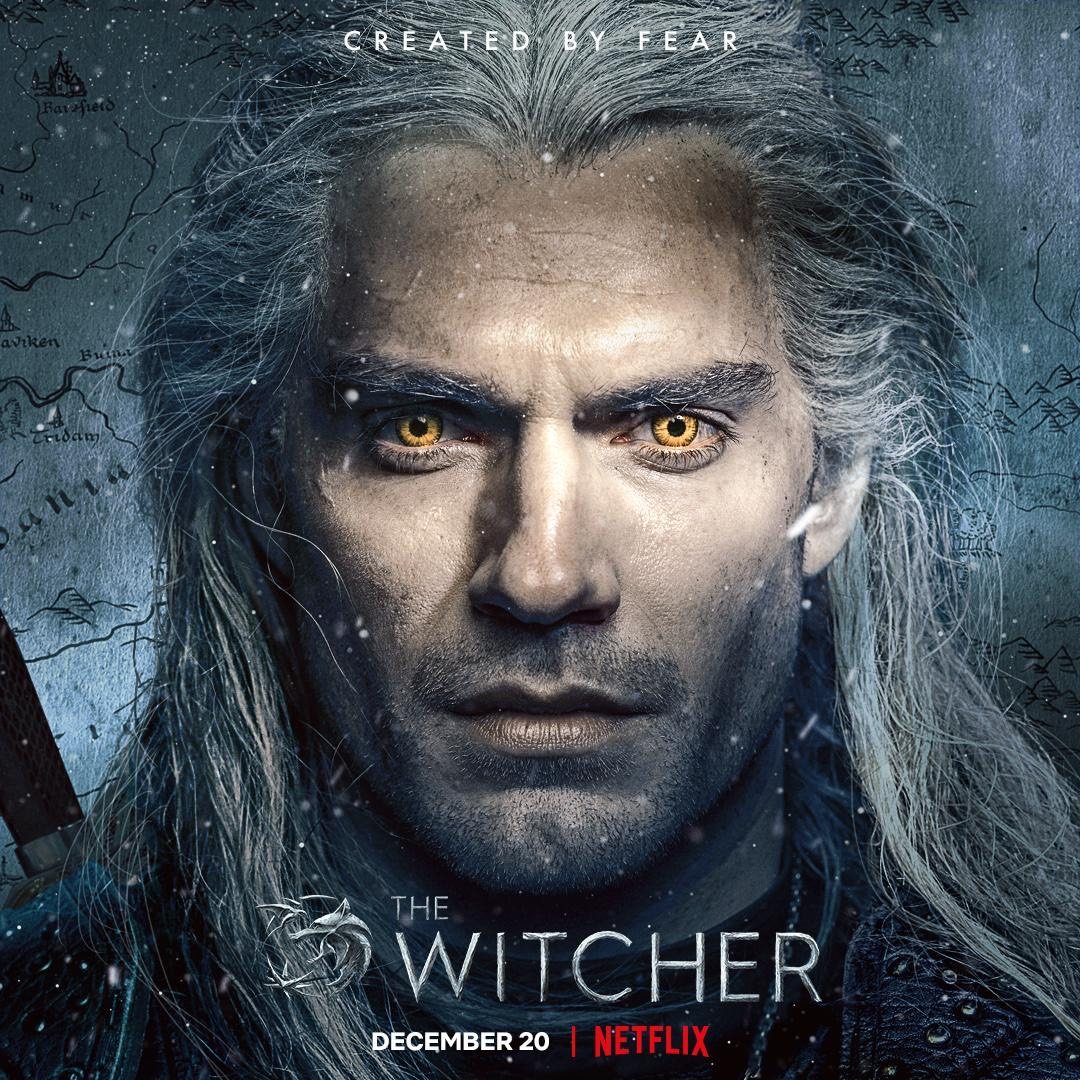 Rasmussen took to Twitter to announce his exit citing Covid-19 and scheduling issues.

He wrote, “Sadly, due to the rescheduling because of Covid-19, I will not be portraying Esekel in The Witcher.”

Rasmussen continued, “It’s heartbreaking, of course, but I mostly feel happy and grateful for the days I got to spend on set earlier this year. Everyone was extremely engaged and passionate about the project and it was a truly inspiring experience.”

He added, “A heartfelt thank you to all the fans who wrote me lovely, encouraging messages.”

Rasmussen concluded his announcement writing, “I wish everyone on the show best of luck with the rest of the production. I’m sure season 2 will be absolutely amazing and now I get to watch it as a fanboy instead of as a Witcher.” 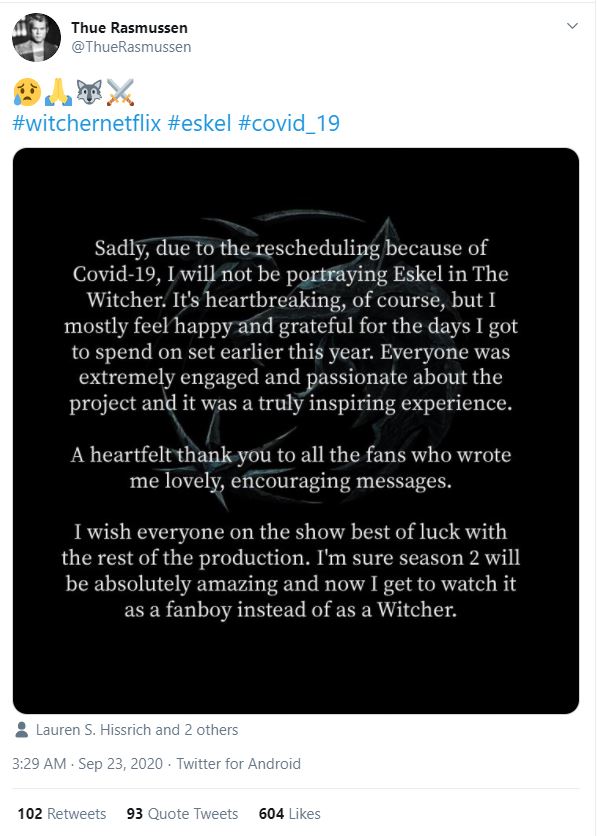 No announcement has been made on who will replace Rasmussen as Eskel. However, Redanian Intelligence speculates it could be either Basil Eidenbenz or Craig McGinlay.

Eidenbenz is a Swiss actor who stared as Lukas Oertli in Best Friends, Lohlein in Victoria, Edsel in X Company, and more recently as Lenny Brandt in The Athena.

McGinlay has had minor roles in both Knightfall and Outlander. However, he did play Percival in King Arthur: Legend of the Sword.

Redanian Intelligence favors Eidenbenz explaining, “Not only does he have vastly more acting experience than the others, but he is also the of same height and build as Thue, not to mention the similarity in looks.”

As for the character of Eskel, he was a Witcher of the School of the Wolf and trained by Master Vessemir at Kaer Morhen. While training at Kaer Morhen, both he and Geralt became like brothers.

He would go on to help Geralt in training Ciri at Kaer Morhen after Geralt brought him to the Witcher’s fortress.

Eskel might not be as famous as Geralt, but he built up his own reputation as a reliable and professional Witcher. One of his most famous escapades is the rescuing of a young girl from a basilisk. While hunting zeugls, Eskel saved the girl by cutting the basilisk’s stomach open and retrieving the young girl.

While Rasmussen won’t be playing Eskel anymore, he will be appearing in F9 as Otto.

What do you make of Rasmussen’s announcement? Who do you think would make a good Eskel?