Fairy Tail creator Hiro Mashima’s Edens Zero manga will be getting an anime adaptation with a release date officially announced.

Along with the announcement they also released key art for the anime. Take a look. 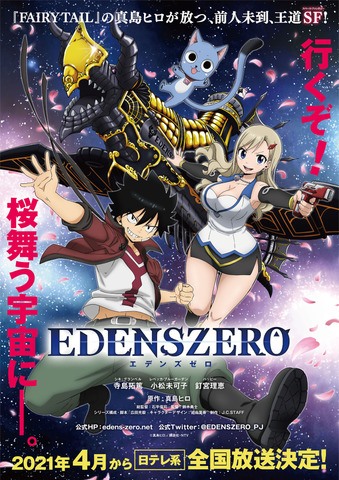 The official website also provides an official description for the series.

It begins, “Space Year X492. Countless people flew off into space in what became an era of travelling the stars. The B-Cuber video streamer Rebecca meets the young boy Shiki, who has the ability to manipulate gravity, on the machine planet of Granbell.”

“Shiki cherishes friends more than anything, something the machine Ziggy who acted as his father and who was called ‘Demon King’ taught him. Shiki is taken into the outside world, completely unknown to him, by his new friend Rebecca on an adventure in space.”

Not only does the official website feature a description for the series, it also provides descriptions for each of the characters.

First up is Shiki Granbell. He’s described as “The boy who lived together with machines on Planet Granbell. He can manipulate gravity with his Ether Gear, flying around freely.”

They add, “Brought along by Rebecca, they fly out into space. With his initial goal of making 100 friends, together with Rebecca he sets out to find ‘Mother’, starting their adventure.” 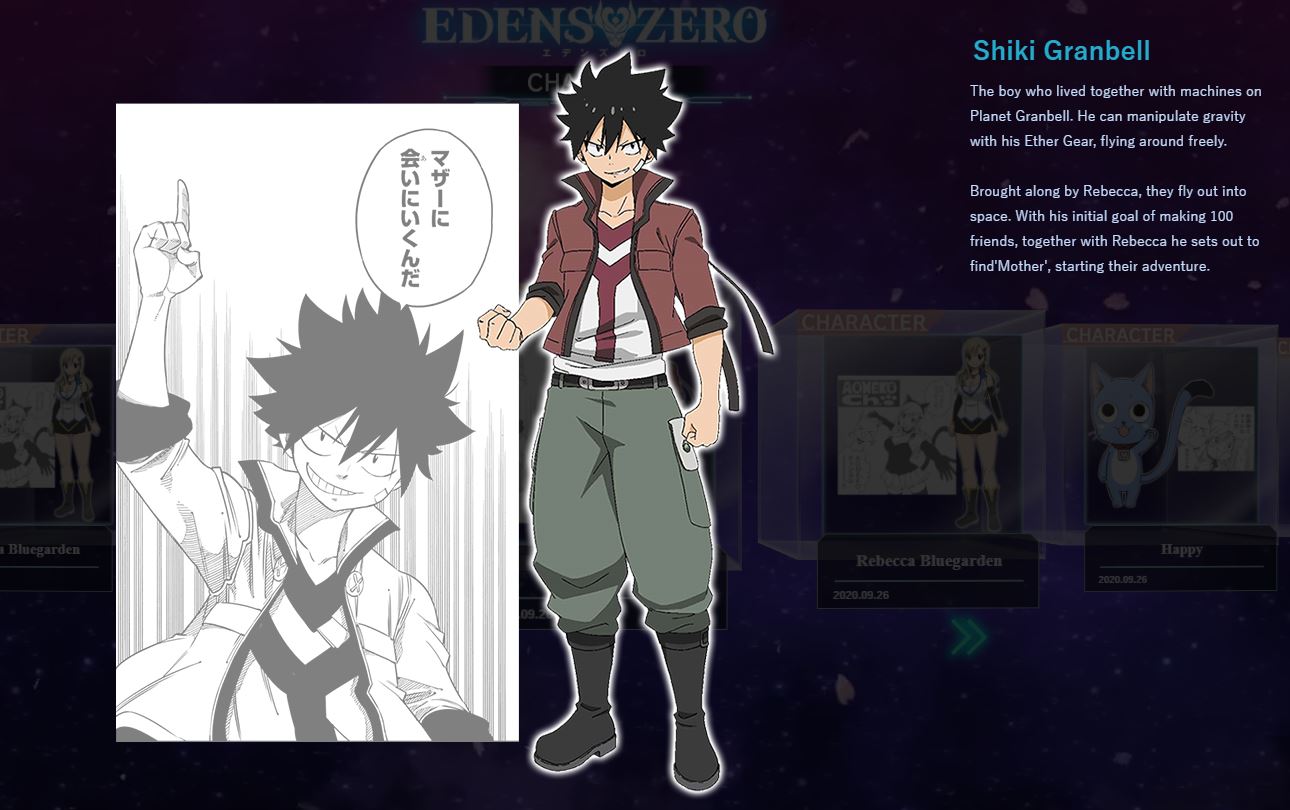 Next is Rebecca who is “The girl who works as a ‘B-Cuber,’ an online video streamer. Her videos are badly rated and viewer count is sluggish.”

Her description continues, “She is an adventurer registered in the guild but was rather reclusive up until recently, playing video games at home. While her online rank is low, she will highly shooting skills because of her kinetic visual acuity acquired through these games. If you giver her a gun, she will easily decide things with a headshot.” 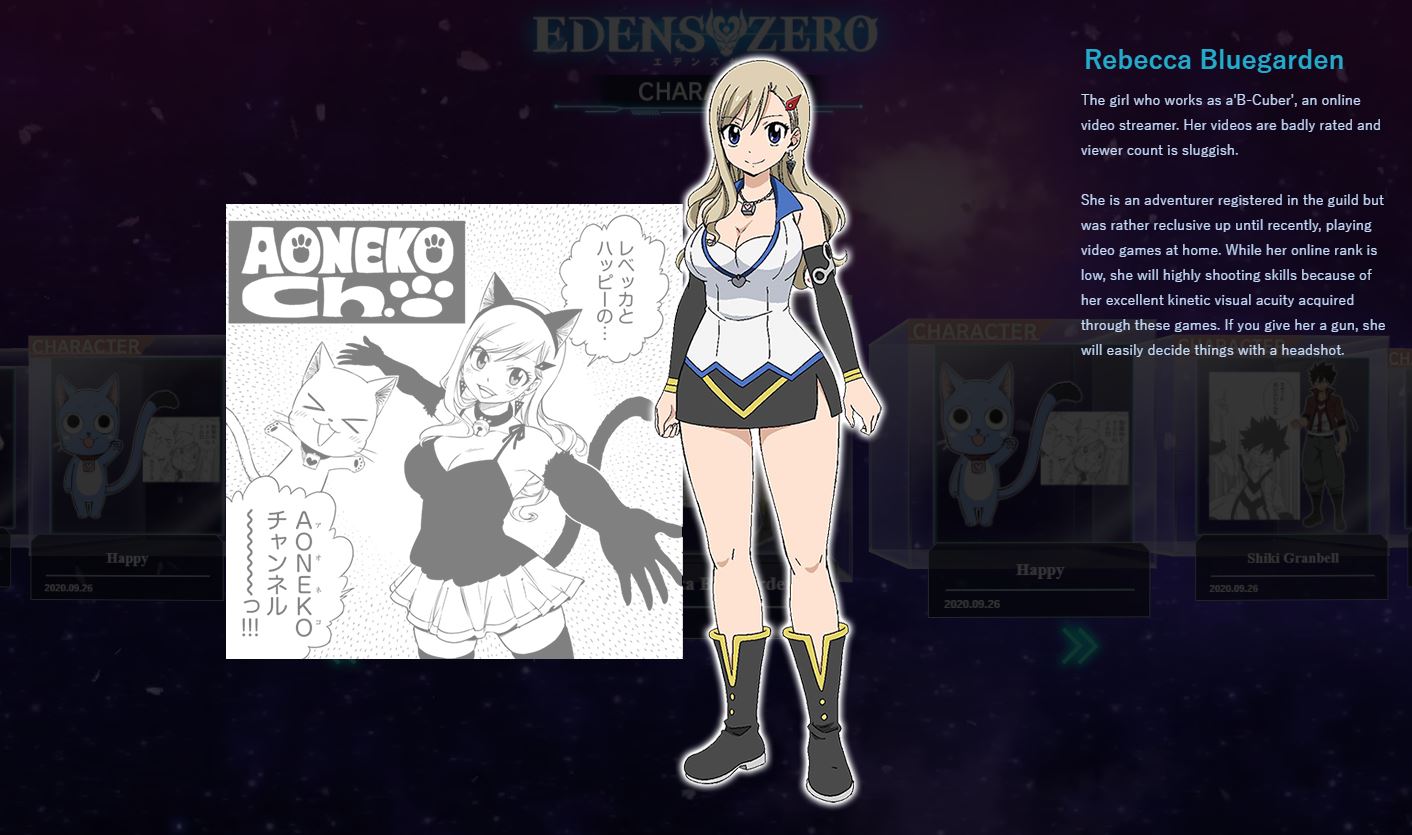 Finally, they provide a description of Happy.

Happy is “Rebecca’s friend, her partner cat. Lost its life when Rebecca was very young but with the help of Professor Weisz was completely mechanized and revived as an android.”

It adds, “Is a B-Cuber together with Rebecca on their ‘Aoneko Channel.’ Can also transform into the ‘Happy Blaster.'” 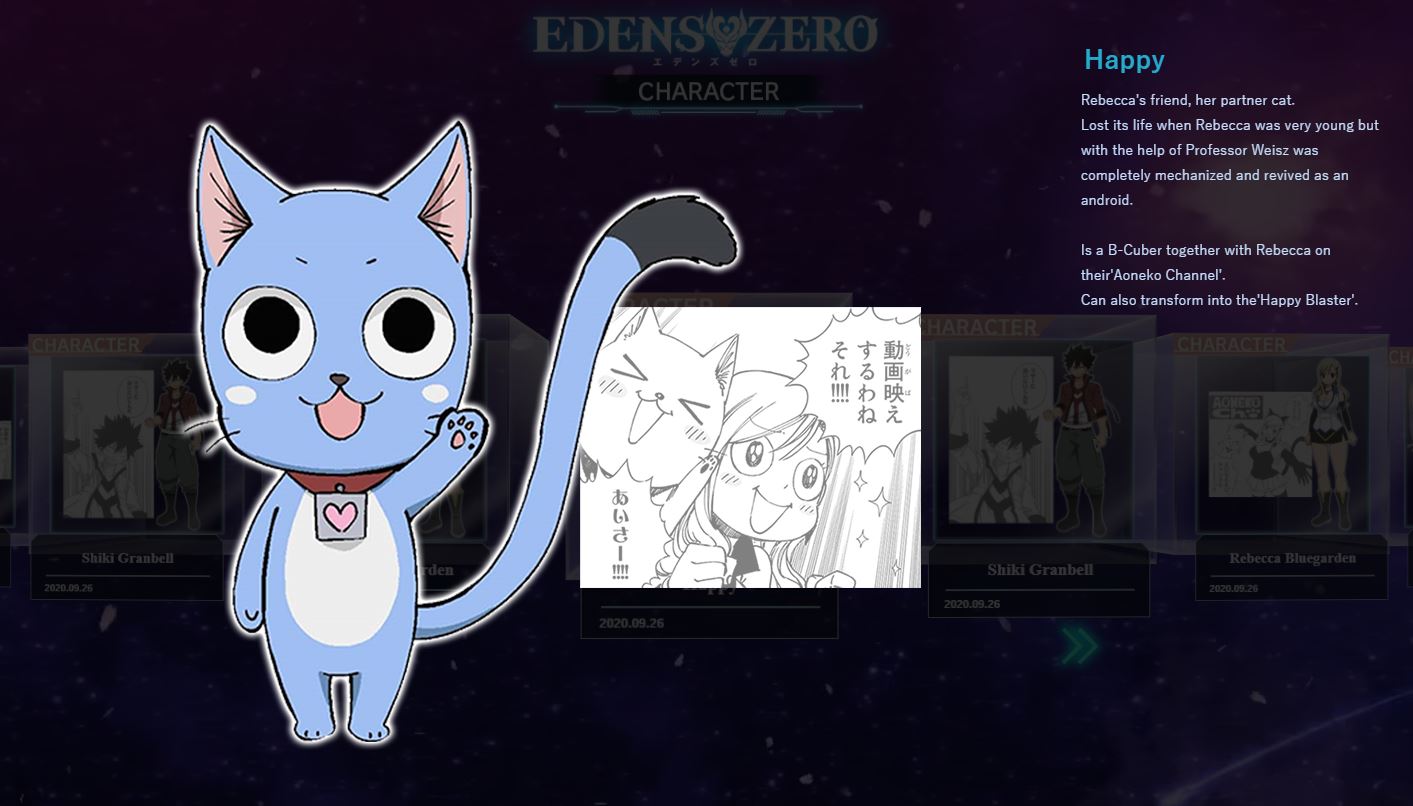 The series will be see Fairy Tail’s Shinji Ishihira as the general director. It will star Takuma Terashima as Shiki Granbell, Mikako Komatsu as Rebbeca Bluegarden, and Rie Kugimiya as Happy.

The series composition will be done by Mitsutaka Hirota with Yurika Sako on character design, and J.C. STAFF producing. It will be directed by Yuji Suzuki.

Along with the announcement of the anime, Konami also announced an Edens Zero 3D Action RPG.

Along with the Action RPG from Konami they also announced a top-down action RPG mobile game. 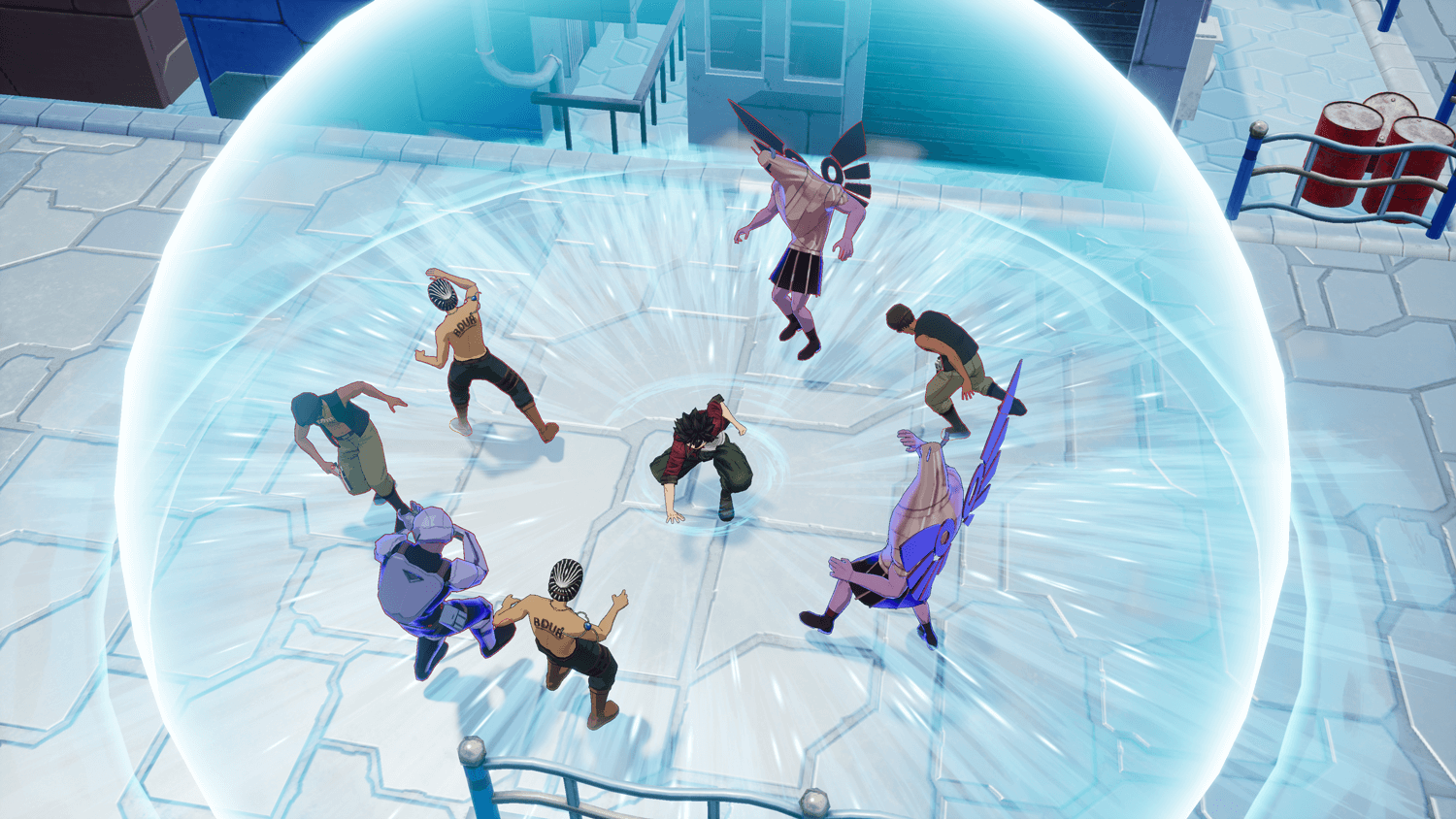 Details regarding both the mobile game and the console game will be revealed at a later date.

The Edens Zero manga began serialization in Kodansha’s Weekly Shonen Magazine in June 2018. Since then it has been collected into 11 tankobon volumes. The first 9 volumes are currently available in English courtesy of Kodansha Comics. The 10th volume is expected to arrive at the end of the year.

Are you looking forward to this first season of the Edens Zero anime?