Artist Neytirix reimagined Demon Slayer characters Tanjiro Kamada and Nezuko Kamada as not only My Hero Academia characters, but also characters from the Wild West, ancient Egypt, and what the artist describes as a “Ritual” theme.

Demon Slayer fans know that Tanjiro Kamado is the main protagonist in both the manga and the anime. He is a Kanoe-ranked member of the Demon Slayer Corps and joined the Corps in order to hunt down the demon responsible for murdering his family and transforming his sister, Nezuko, into a demon. 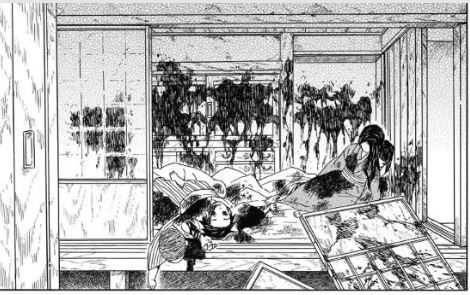 Tanjiro’s sister, Nezuko, is transformed into a demon after the demon’s blood that attacked her and her family is mixed in her blood. 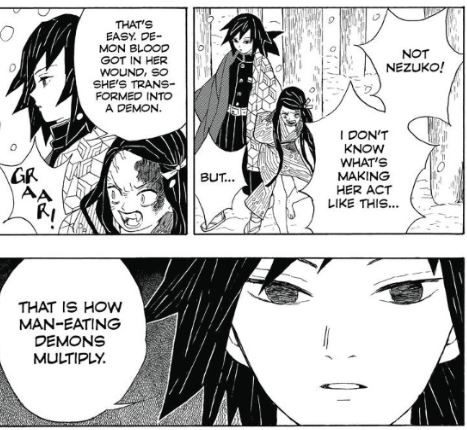 However, unlike most other demons that transform and feast upon their friends and family due to their ravenous hunger, Nezuko protects Tanjiro and chooses not to eat him when they two are confronted by Giyu Tomioka. 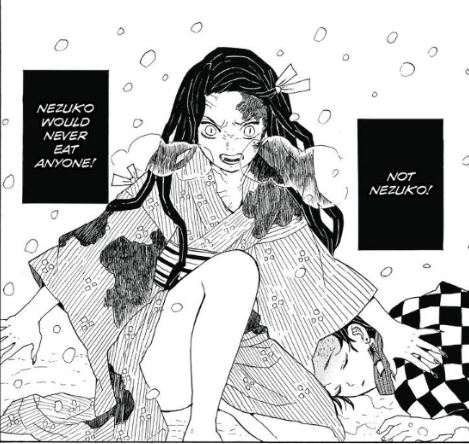 This act of defense inspires Tomioka to send both Tanjiro and Nezuko to seek out Sakonji Urokodaki and have Tanjiro train to become a Demon Slayer.

While Tanjiro undergoes rigorous training under Urokodaki, Nezuko falls into a deep sleep for two years. It’s later revealed that while Nezuko sleeps Urokodaki uses hypnosis to make her believe that all humans are members of her family and that she should protect them and kill all demons.

After Tanjiro completes his training Nezuko awakens and the two set off on their first mission to take on demons that are involved in the disappearance of young girls. 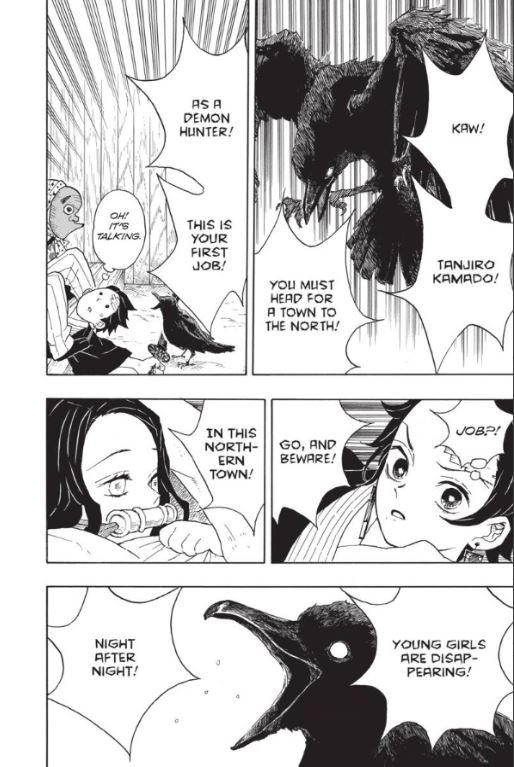 As a Demon Slayer, Tanjiro’s path leads him to face off against a number of demons and eventually leads him to discover that the demon Kibitsuji Muzan intentionally killed his family in an attempt to find the “perfect demon.”

Artist Neytirix decided to show off both Tanjiro and Nezuko, but instead of depicting them in their traditional Demon Slayer garb, she imagined them as My Hero Academia characters, ancient Egyptians, outlaws from the Wild West, and a theme that Neytirix describes as “Ritual.”

Here’s a better look at each of the themes. First is Tanjiro and Nezuko as My Hero Academia characters. 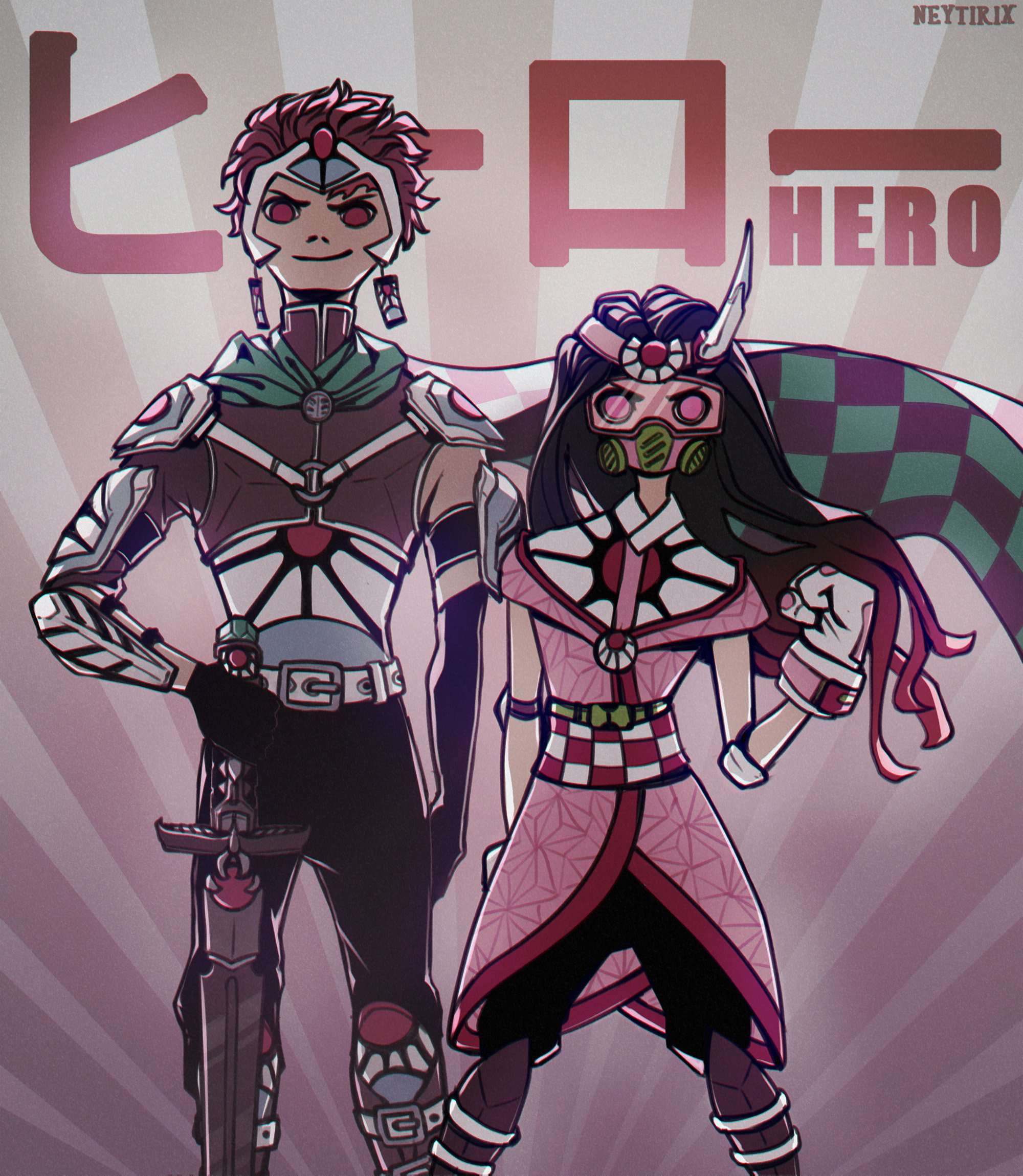 Next, is the two Demon Slayer characters as ancient Egyptians. 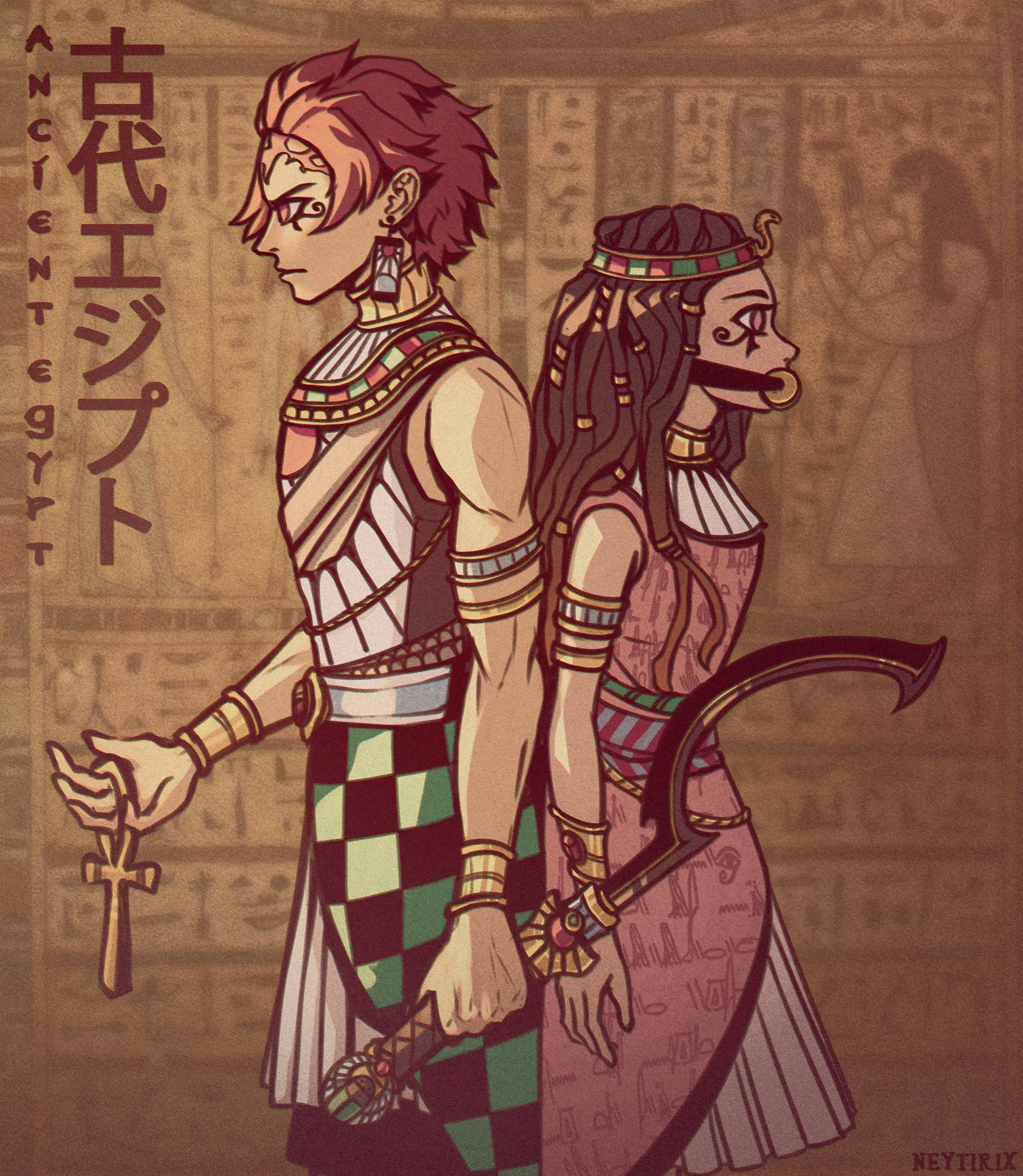 Third, is Nezuko and Tanjiro as characters from the Wild West. 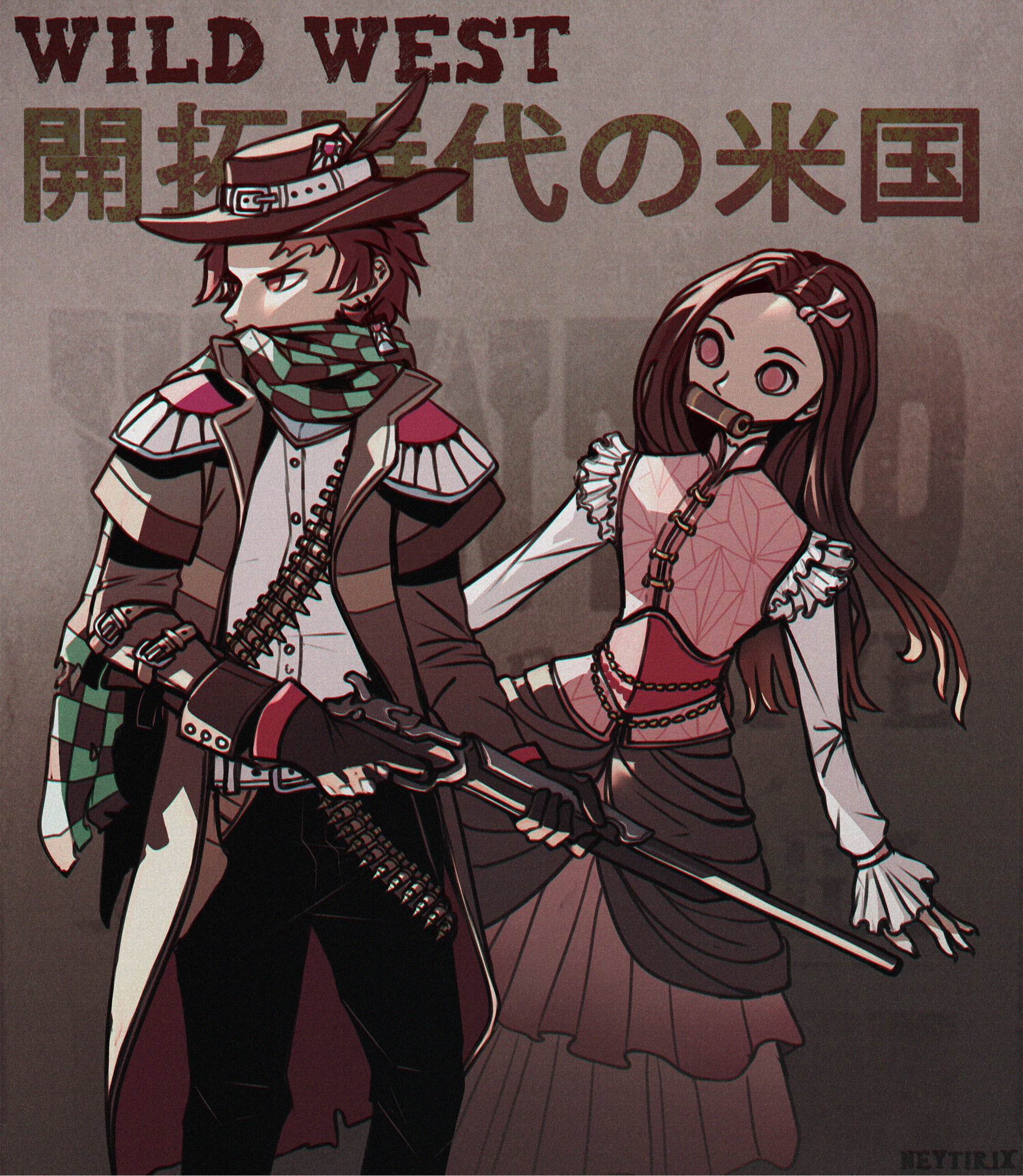 Finally, here is the two as characters in the “Ritual” theme. 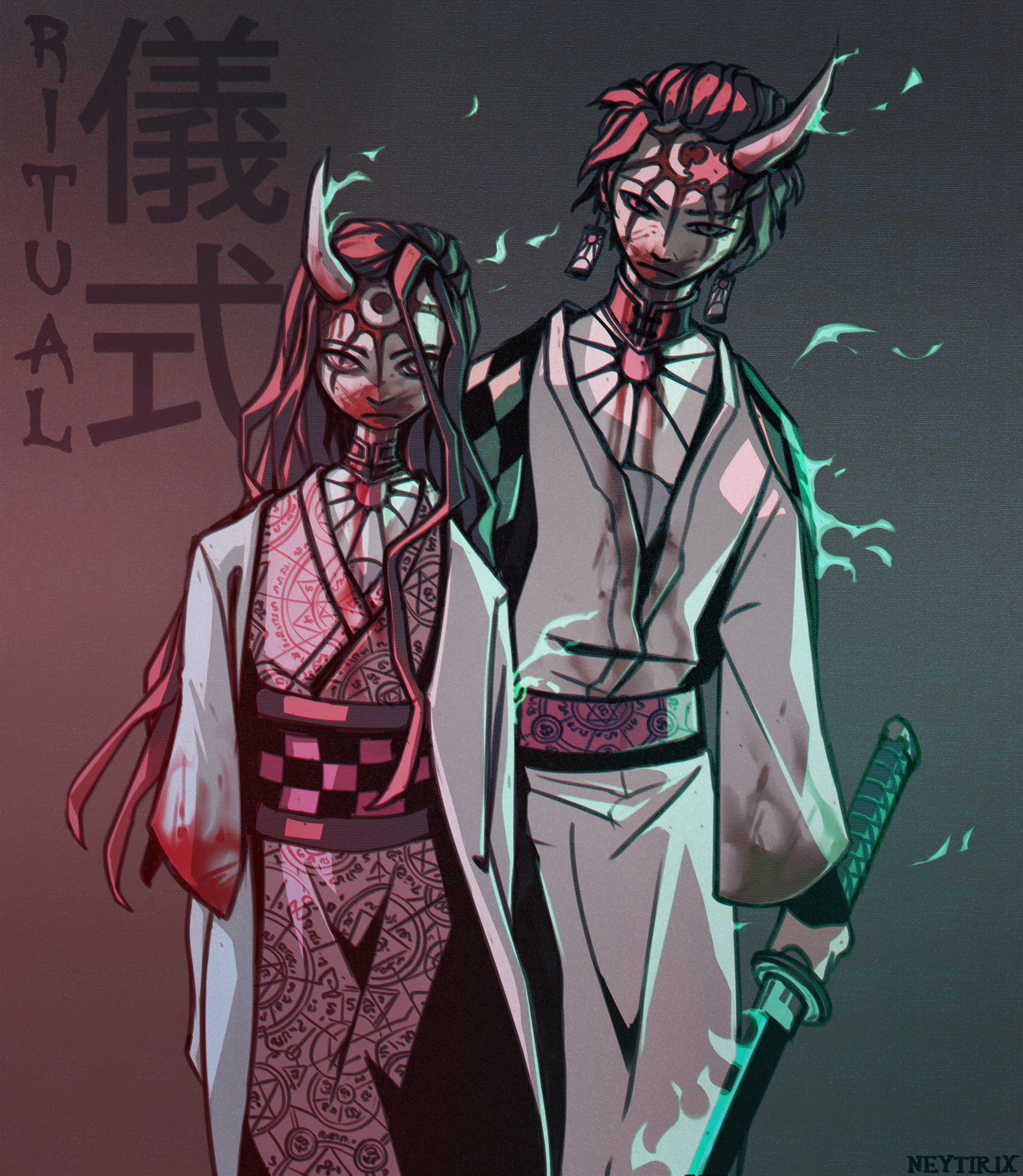 Along with sharing all four of these new themes, Neytirix also shared a video showing her process in creating all of the different Demon Slayer themes.

You can follow Neytirix on YouTube as seen above. As well as Twitter and Instagram. The artist also has a TeeSpring page where you can purchase a variety of merchandise. You can also support Neytirix through Buy Me A Coffee.

Which theme of Neytirix’s do you like the best?