Resident Evil director Paul W.S. Anderson made an appearance at New York Comic-Con’s virtual event where he discussed quite a bit of his films including Mortal Kombat,  Resident Evil and his upcoming Monster Hunter film. 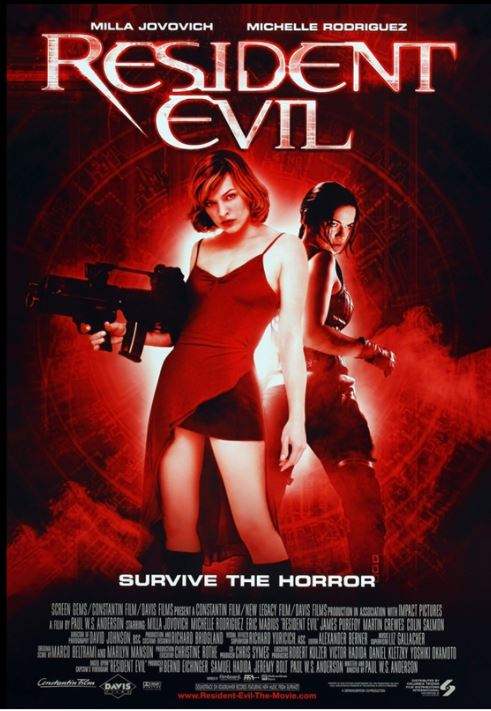 While talking about Resident Evil, he was asked by interviewer Matt Patches, “My understanding is that the studio wanted a male lead for that franchise or just that first Resident Evil movie. But you landed on Alice. I’m wondering why you went that direction even over the characters existing in the game. Why Alice?”

Anderson responded, “I’ve always been drawn to female-led movies. I just like them. If you look at the films I’ve made, quite often they have strong female leads.”

“When I first came to Hollywood, there was this belief that female-led actions movies didn’t work because there’d been several hat hadn’t worked. And I just thought that was bullshit. I didn’t believe it for a second,” Anderson continued.

He added, “So I pushed very hard to have a female lead in the role. Resident Evil had been developed for a while by other filmmakers, who had had other screenplays written that never got made. They always had male leads. So I felt like it was time to try something completely different.” 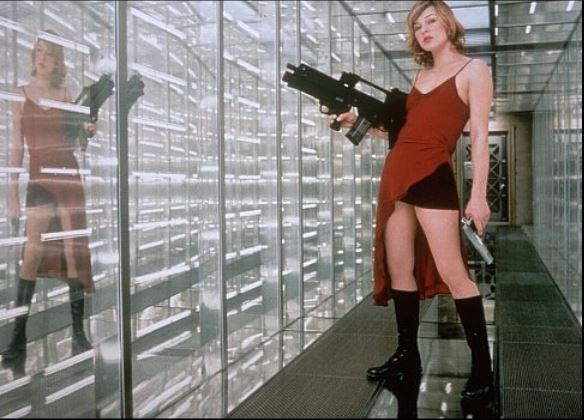 Anderson then compared the film to the original game saying, “If you look at the game, while the Alice character is not in the game, the archetype certainly is. There’s a lot of very strong female characters that you get to play as in the game.”

“By having a completely fresh character and telling a prequel story to the world of the video games, it gave us some more dramatic license that we wouldn’t have had if we’d done just a straight adaptation of any one of the games, where gamers would come to the movie knowing exactly what the mystery beats would be, who was going to die when,” Anderson stated.

He concluded, “I think it wouldn’t have been a great film making experience or film going experience if we just had to slavishly follow one of the games.”

Anderson would then go on to continue this train of thought detailing how he believes the first film is ingrained in the DNA of Resident Evil.

He stated, “The first movie, the DNA of that movie, was so clearly immersed in the world of the video game. Every single piece of production design, even tiny stuff like the lettering on the side of the train, it’s all taken straight on the video game.”

“So, yes, we gave you a fresh set of characters, but I think these characters were all archetypes taken from the game. And they were new characters that were entering the world of the game,” Anderson explained. 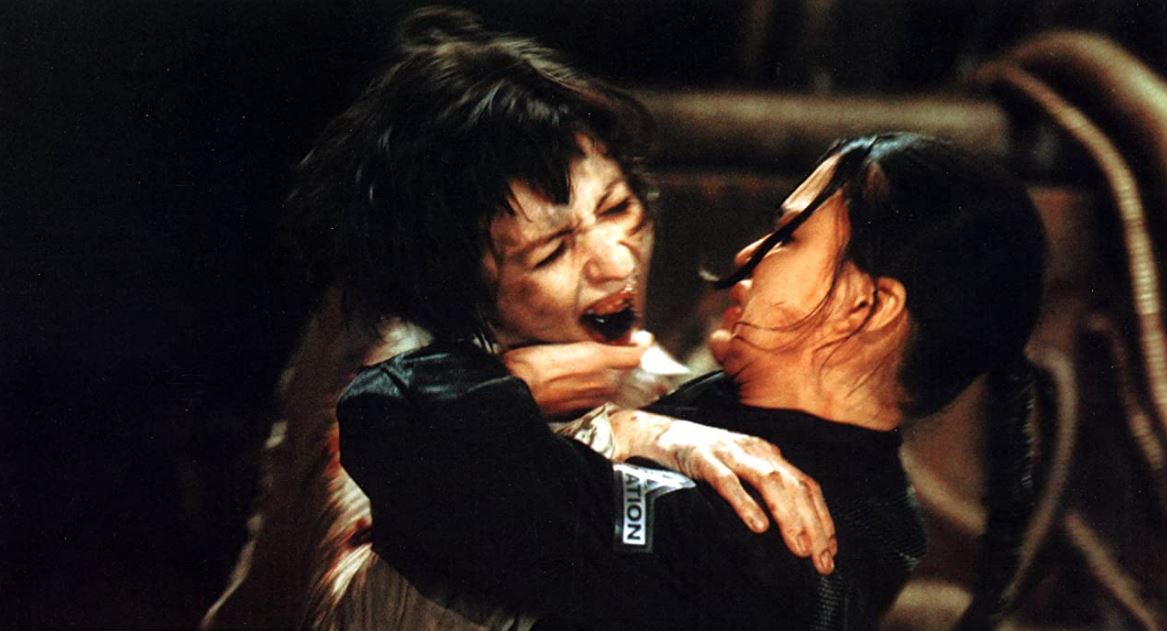 He went on, “For me it was like you were playing a fresh installment of the game. But you were seeing that installment in the cinema, rather than kind of buying it and putting it in your computer game system.”

“And that’s something Resident Evil the game had done over and over again. When the second game came out, it used completely different characters to the first game. So this was a franchise that was used to putting new characters into it,” the director said.

In a commentary on genre film spawning from the discussion on Resident Evil and specifically the laser scene from the first film, Anderson would state, “I think what I like about it, is that it plays with your expectations. It sets something up and you think you know what’s going to happen, and then something completely different happens.”

He added, “I think that’s one of my approaches to genre filmmaking. I think genre audiences are so smart. They’ve seen everything. And they are always trying to be one step ahead of the filmmaker. So, if you actually manage to kind of lead them down the garden path a little bit, and do a bait and switch and actually take a genre audience by surprise, if you can do that, I think you’ve really done your job very well.” 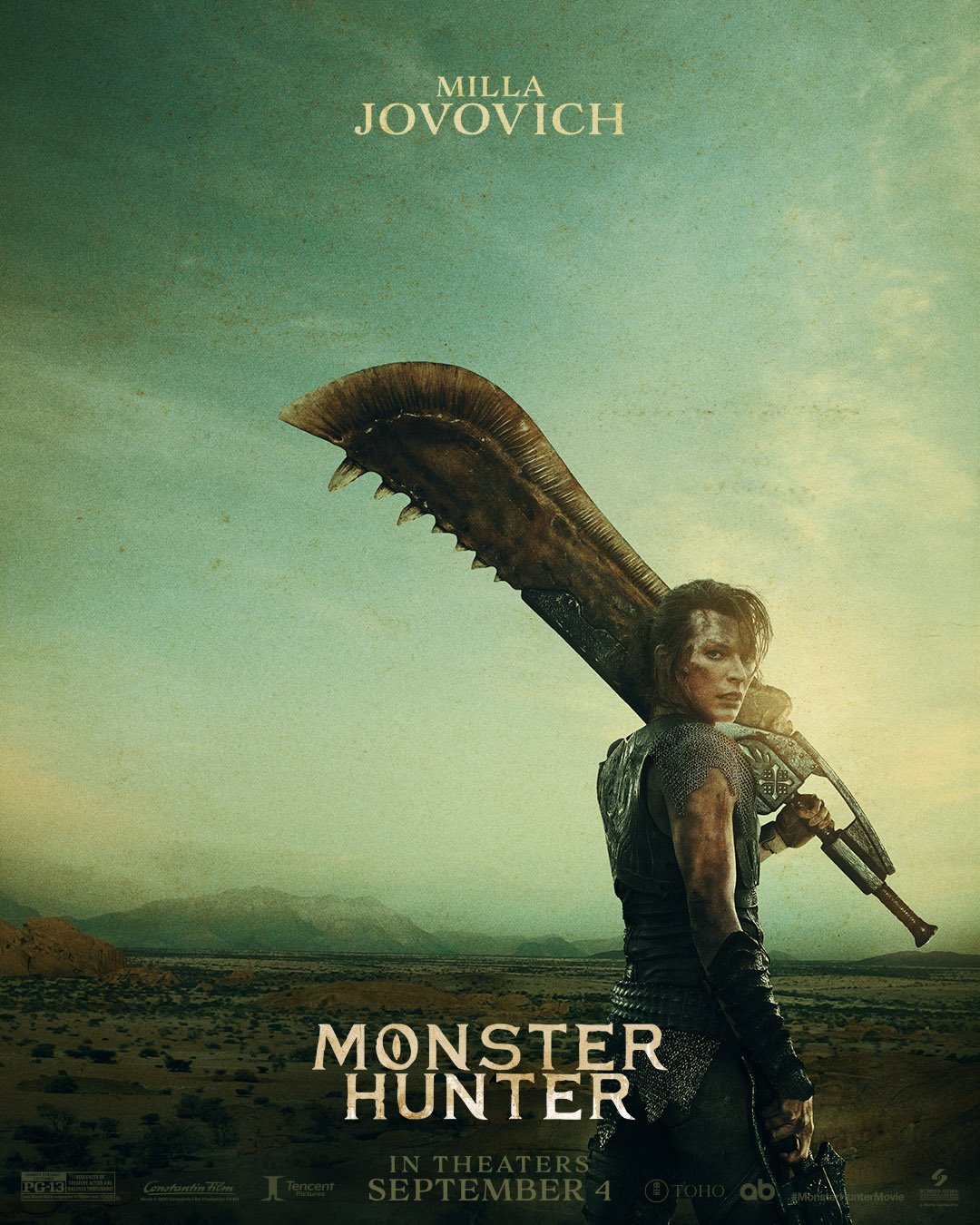 According to the latest synopsis, the film will see Jovovich’s Lt. Artemis transported to a world where she must fight for survival against incredible enemies.

“Behind our world, there is another: a world of dangerous and powerful monsters that rule their domain with deadly ferocity. When an unexpected sandstorm transports Lt. Artemis (Milla Jovovich) and her unit (TI Harris, Meagan Good, Diego Boneta) to a new world, the soldiers are shocked to discover that this hostile and unknown environment is home to enormous and terrifying monsters immune to their firepower. In their desperate battle for survival, the unit encounters the mysterious Hunter (Tony Jaa), whose unique skills allow him to stay one step ahead of the powerful creatures. As Artemis and Hunter slowly build trust, she discovers that he is part of a team led by the Admiral (Ron Perlman). Facing a danger so great it could threaten to destroy their world, the brave warriors combine their unique abilities to band together for the ultimate showdown.”