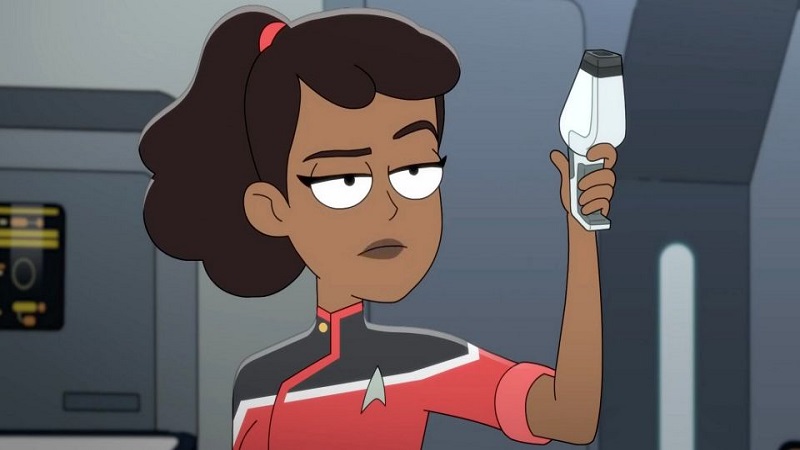 McMahan did a recent interview with Variety, where he discussed quite a bit of his plans for the second season of the animated show while also confirming that they’re planning to explore Ensign Mariner’s sexuality more prominently.

During the interview, McMahan revealed that Mariner was romantically involved with Captain Amina Ramsey when the two were at the Academy.

McMahan made the revelation when asked about Mariner’s relationship with Boimler and how she is privileged to have such a deep knowledge of Starfleet.

The showrunner stated, “The thing about privilege is that some people have it, some people don’t. But everybody has their own story as well.” 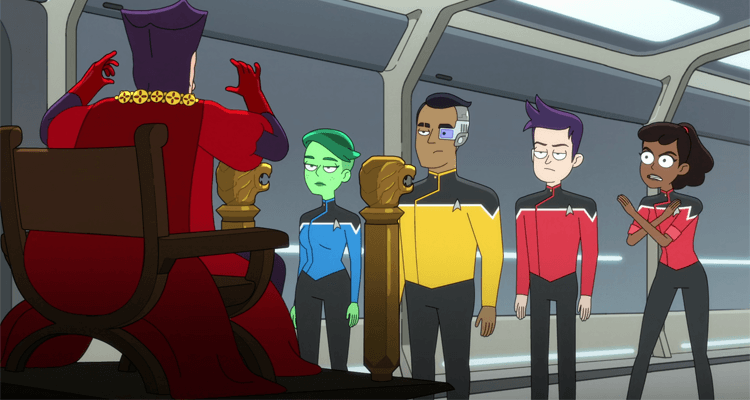 He continued, “There’s an episode in the first season where you meet Mariner’s close friend, confidant, and probably lover from the Academy days, who literally says, ‘You used to be the best of us, you were going to be a captain, what happened to you?'”

That character is Captain Amina Ramsey. And McMahan would be asked a follow-up on that revelation confirming if she is indeed her lover.

He responded, “We weren’t explicit about it, because most of the relationships in this show are familial or friendship love. It’s not physical love. That character showing up, the story we’re telling about them has nothing to do with any previous relationships they’ve had.” 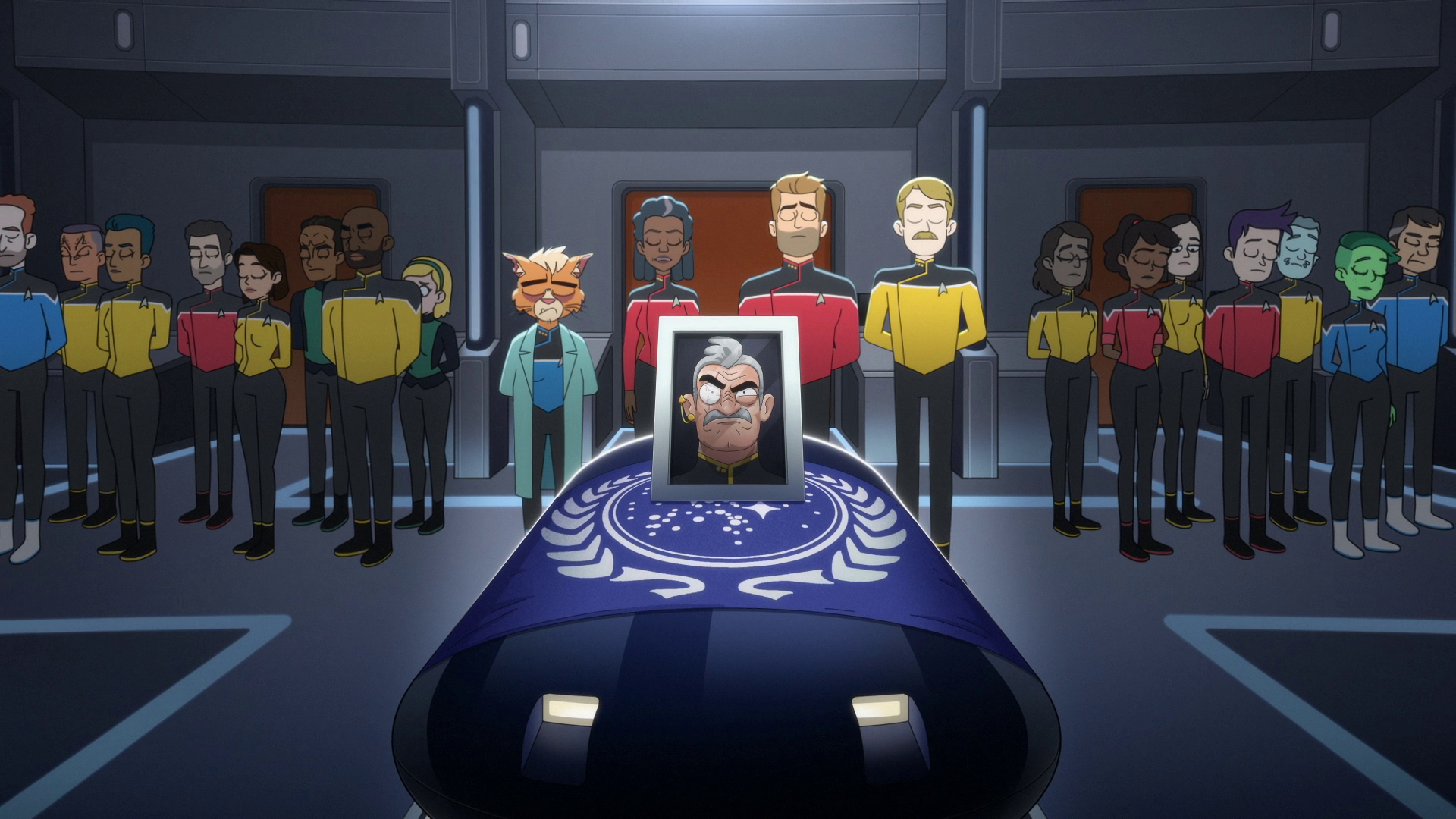 He then went on to reveal that all the Starfleet officers on the show are “baseline bisexual.”

He stated, “For me and for the writers as we were making this, we didn’t intentionally mean for anybody to be strictly heteronormative or straight or cis. Every Starfleet officer is probably at the baseline bisexual, in a way. That being said, I am not the most amazing person at writing those kind of stories. I think we get a little bit better about it in the second season.” 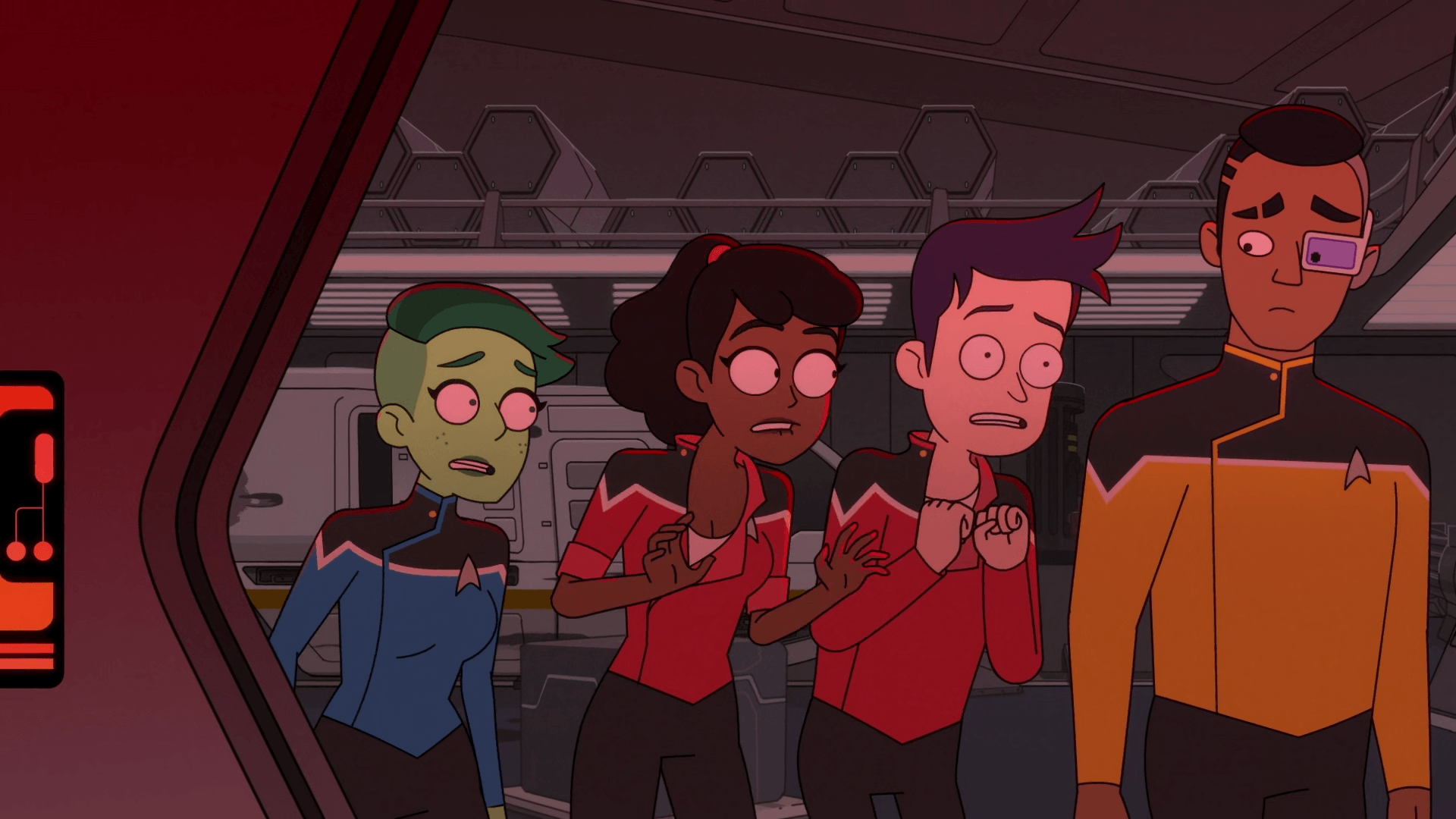 McMahan would also discuss the show’s inclusiveness. He stated, “It’s something I think we need to be better about. If there’s anything I can say about inclusiveness — whether it’s about sex or gender or race or anything — is that I know that I can always learn more and be better about it, and I’m always trying to do that.”

He then specifically stated they should have made it clearer that Mariner had a female lover, “This is one of those cases where we could have done a better job of explicitly stating the things that the writers always knew about Mariner. It seeps in there in little ways, which even irritates me even more, like you start off the season with Mariner saying, “Whoa, she’s like the hottest girl on the ship, are you nervous?” —  that’s one of her first lines.”

McMahan continued, “That doesn’t put a stake in the ground, which I wish we had done a little bit more explicitly. It’s always a learning experience. We’re going to be trying to be better about it. And we are more explicit about it in the second season.” 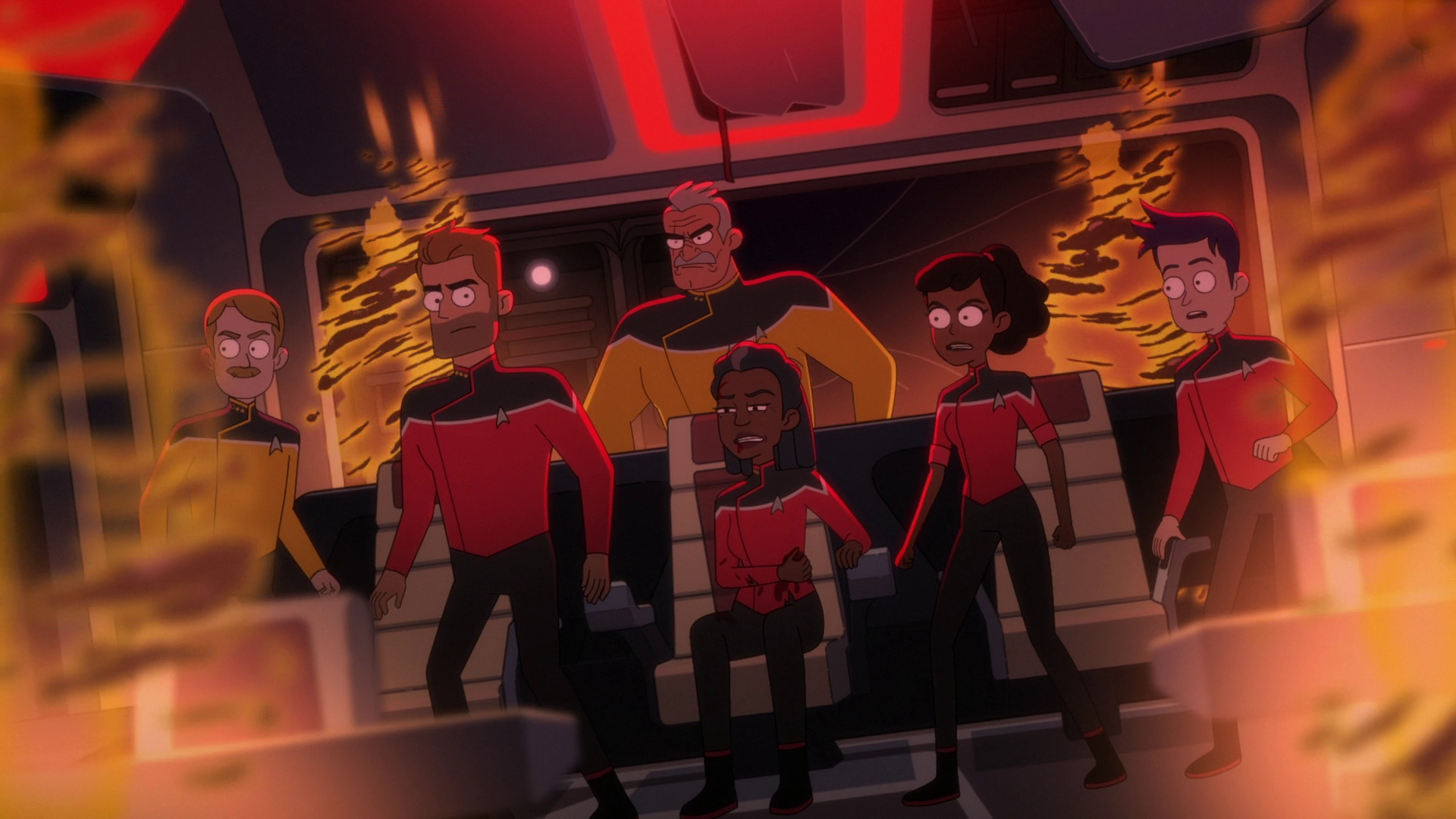 McMahan would also reveal that the show will have more The Next Generation tie-ins. The season finale featured the U.S.S. Titan helmed by Captain William Riker with Cousenlor Deanna Troi on board.

He stated, “We’ll see the Titan next season because Boimler is off the Cerritos, and we’ll be seeing Capt. Riker again as well. Boimler has been talking about moving on to bigger and better all first season, and now we’re going to see what happens when he gets what he wants.”

However, he did indicate that it’s unlikely we will see more of Marina Sirtis for Season 2, but did say he wants to get her back.

McMahan explained, “The stories that are on Titan are really more revolving around Riker and Boimler. However, I loved Marina and we loved working with her first season. The stories didn’t go that way, but I definitely need to get her back, because she was a blast to work with.”

As for other The Next Generation cameos, McMahan was tight-lipped, but hinted at the possibility, saying, “That, my friend, I will not tell you, I would say, feels like a pretty good chance of it.”

What do you make of McMahan’s comments and his revelation that the Starfleet officers on the show are all “baseline bisexual?” Share your thoughts with us below.