He added, “It’s all gone as soon as publishers decide to enforce it.” 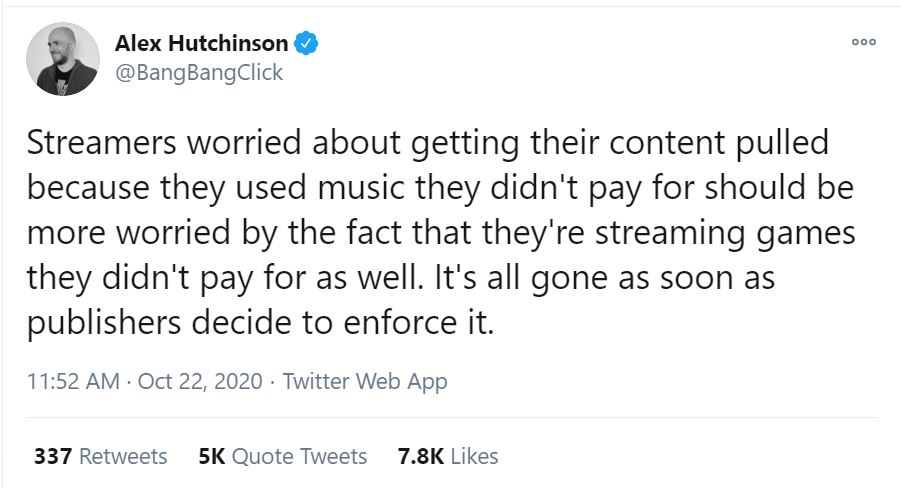 In a subsequent tweet, he wrote, “The real truth is the streamers should be paying the developers and publishers of the games they stream. They should be buying a license like any real business and paying for the content the use.” 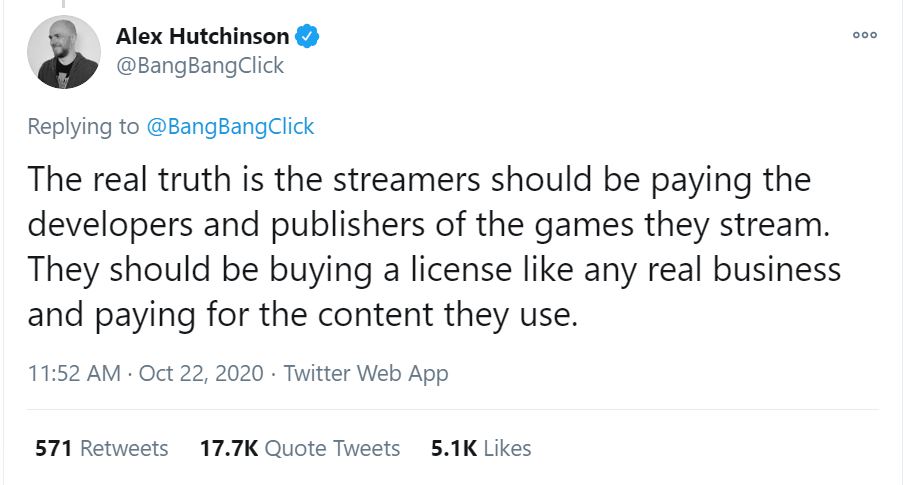 These first couple of tweets sparked a ton of backlash, as streamers came out and heavily criticized Hutchinson.

YouTuber and streamer Jacksepticeye called out Hutchinson writing, “I find this thinking extremely ironic considering you have fanart of me, a streamer, as your banner from when I played Savage Planet.” 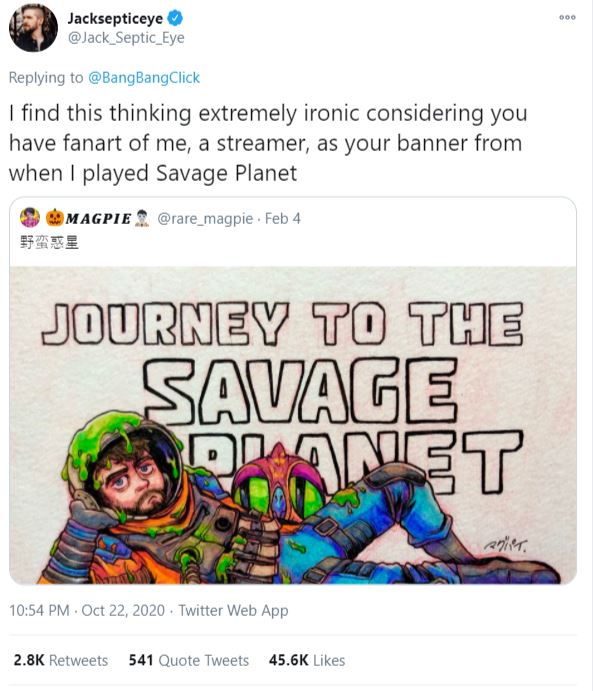 He added, “You’ve even cropped out their watermark in the banner and haven’t given them credit for it anywhere. Very hypocritical.”

The artist, Twitter user @rare_magpie, would add, “Wow. Anyway guys the art he uses as the banner is by me! No he didn’t ask for my permission, or give me a credit for the art. He did crop out my watermark though, which is very appreciative of him :)” 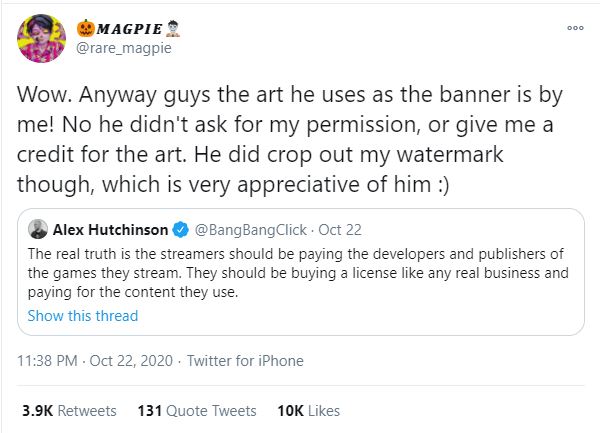 As of writing, the image is still part of Hutchinson’s Twitter banner as you can see below. 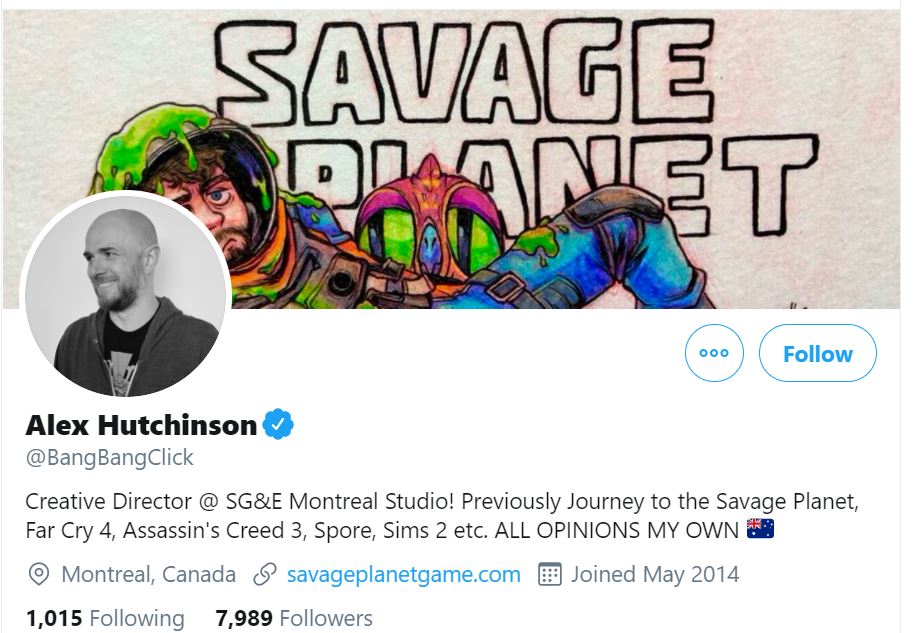 Streamer and gamer xQc replied with what appears to be a photo of a wall. 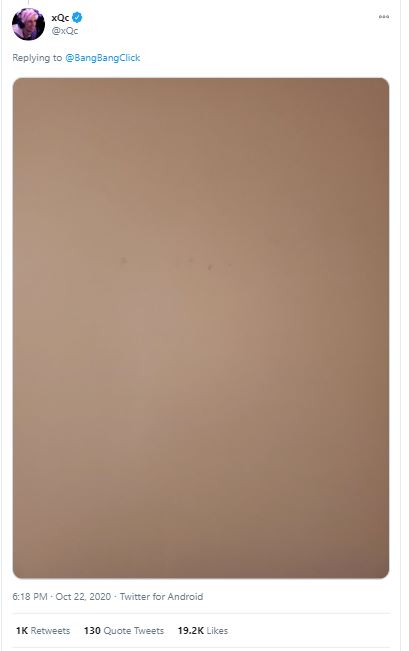 Streamer DantDm replied writing, “Terrible take. The amount of exposure streamers and YouTubers give to games just by playing them is worth major $$$ by itself. Some games ONLY market through influencers now because it’s so strong and works.” 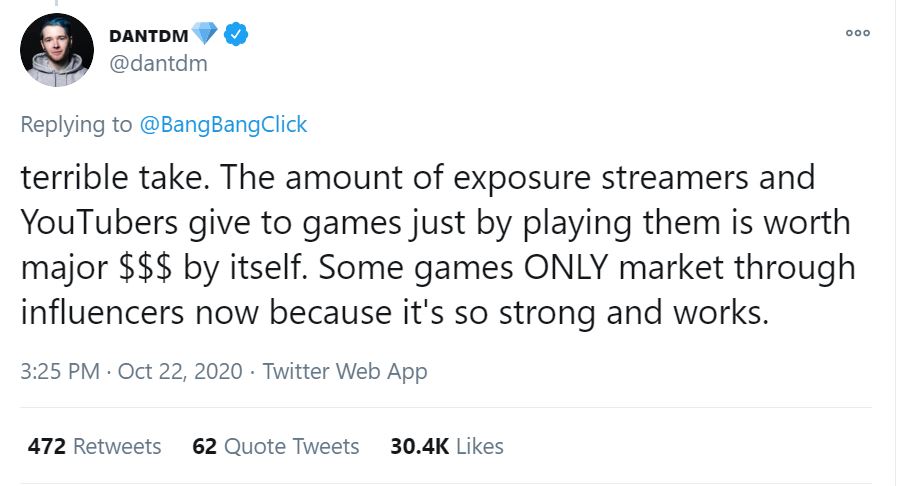 He then followed that up writing, “You’re also Creative Director at Stadia. Stadia literally paid me and many others to promote their product… ”

Twitch streamer DarksydePhil aka DSP explained to Hutchinson, “It’s call a transformative work. Pretty sure games don’t play themselves. Might as well argue that the paint and canvas manufacturers own the paintings you make with them, and you need to buy a license from them to keep ownership of your art. And you’re in the industry, YIKES.” 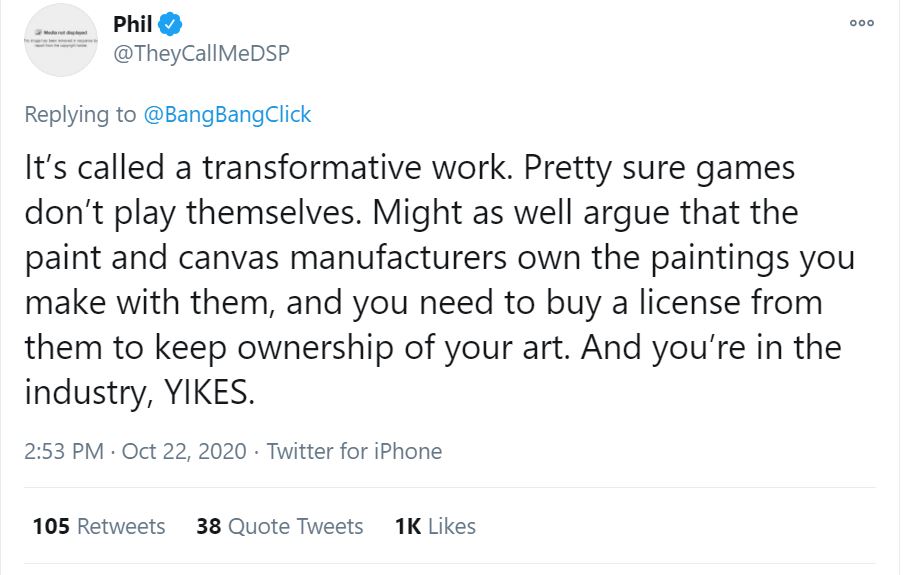 Despite the overwhelming criticism of Hutchinson’s original statements, he would later double down writing, “Amazing to me that people are upset at someone saying that the creators of content should be allowed to make some of the money from other people using their content for profit.”

Looking at this, one has to question why an industry professional would want to bite a hand that feeds him. In our digital age, game streaming is the new word of mouth.

Streaming influences consumer decisions like never before. The most common practice before purchasing a game now is to watch a streamer play it.

Whether the game is still in development or already out, proper real time gameplay on display often makes or breaks the decision to buy.

There’s also the aspect of gaming guides. Once upon a time, gamers would head to their local shop and pick up a strategy guide. Now, a gamer that is stumped on a level can simply check YouTube or Twitch to get the strategy they need. Whether the game industry likes it or not, streaming is their vehicle to get eyes on their product. 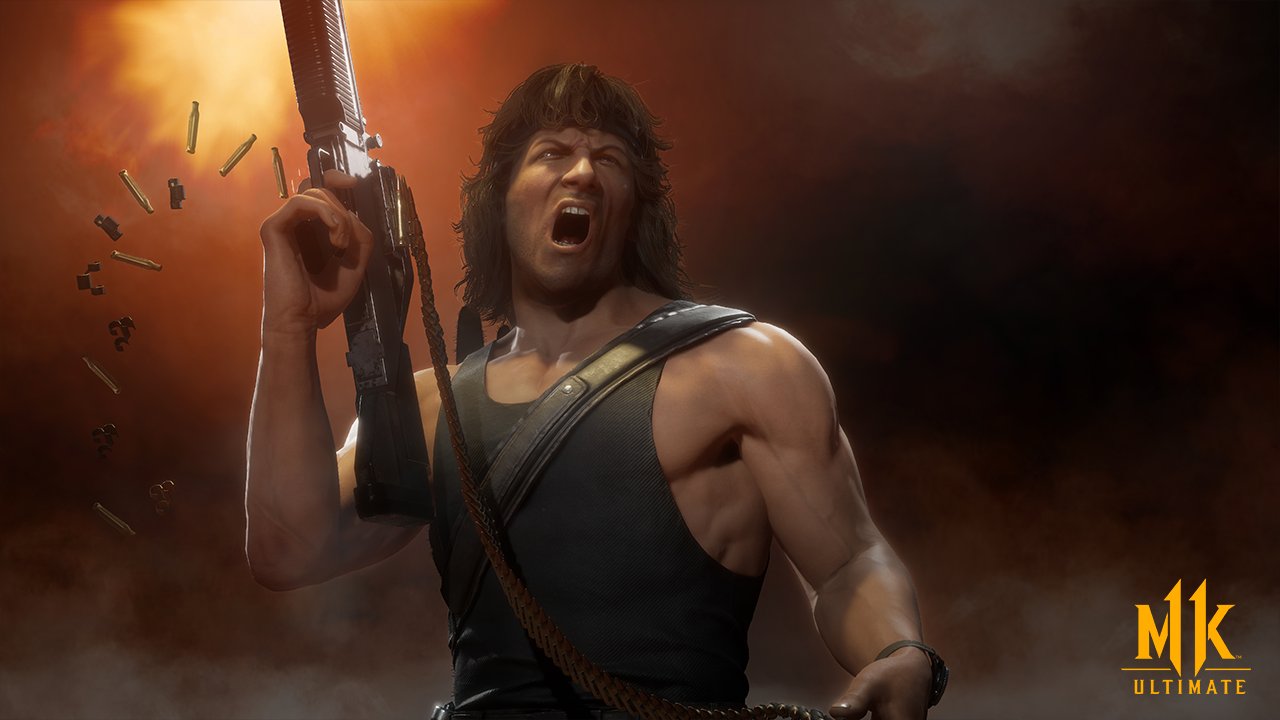 Seemingly understanding the importance of streamers and the massive backlash Hutchinson received, Google Stadia would distance themselves from Hutchinson’s comments.

A representative told 9to5google, “The recent tweets by Alex Hutchinson, creative director at the Montreal Studio of Stadia Games and Entertainment, do not reflect those of Stadia, YouTube or Google.”

YouTube’s lead over Gaming, Commerce, & Immersive, Ryan Wyatt, tweeted his thoughts on the more “symbiotic relationship” that publishers and streamers can and should form.

He wrote, “We believe that Publishers and Creators have a wonderful symbiotic relationship that has allowed a thriving ecosystem to be created. One that has mutually benefited everyone! YouTube is focused on creating value for Creators, Publishers, & Users. All ships rise when we work together.” 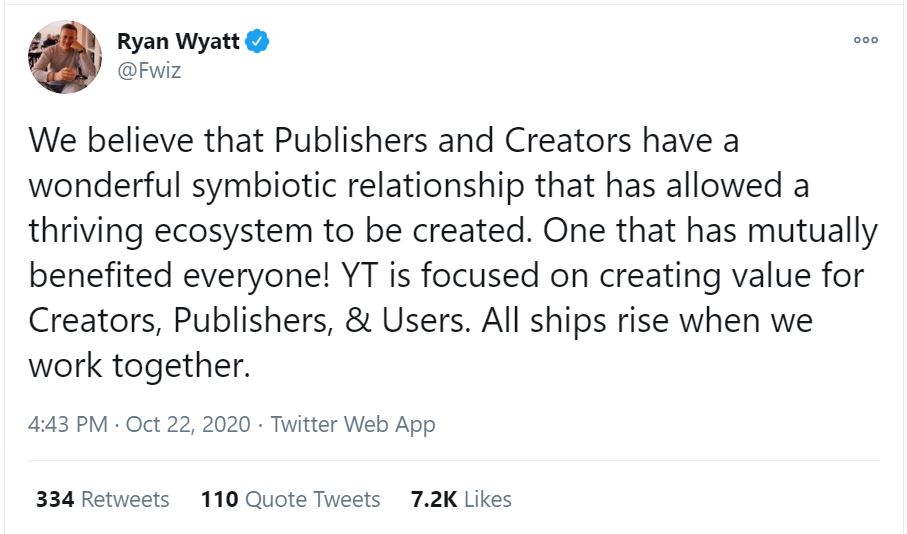 YouTube often comes under fire for how it handles things, but it is nice to see the platform go to bat for creators.

Do you agree or disagree with Alex Hutchinson? Let us know what your take is in our comment section below.