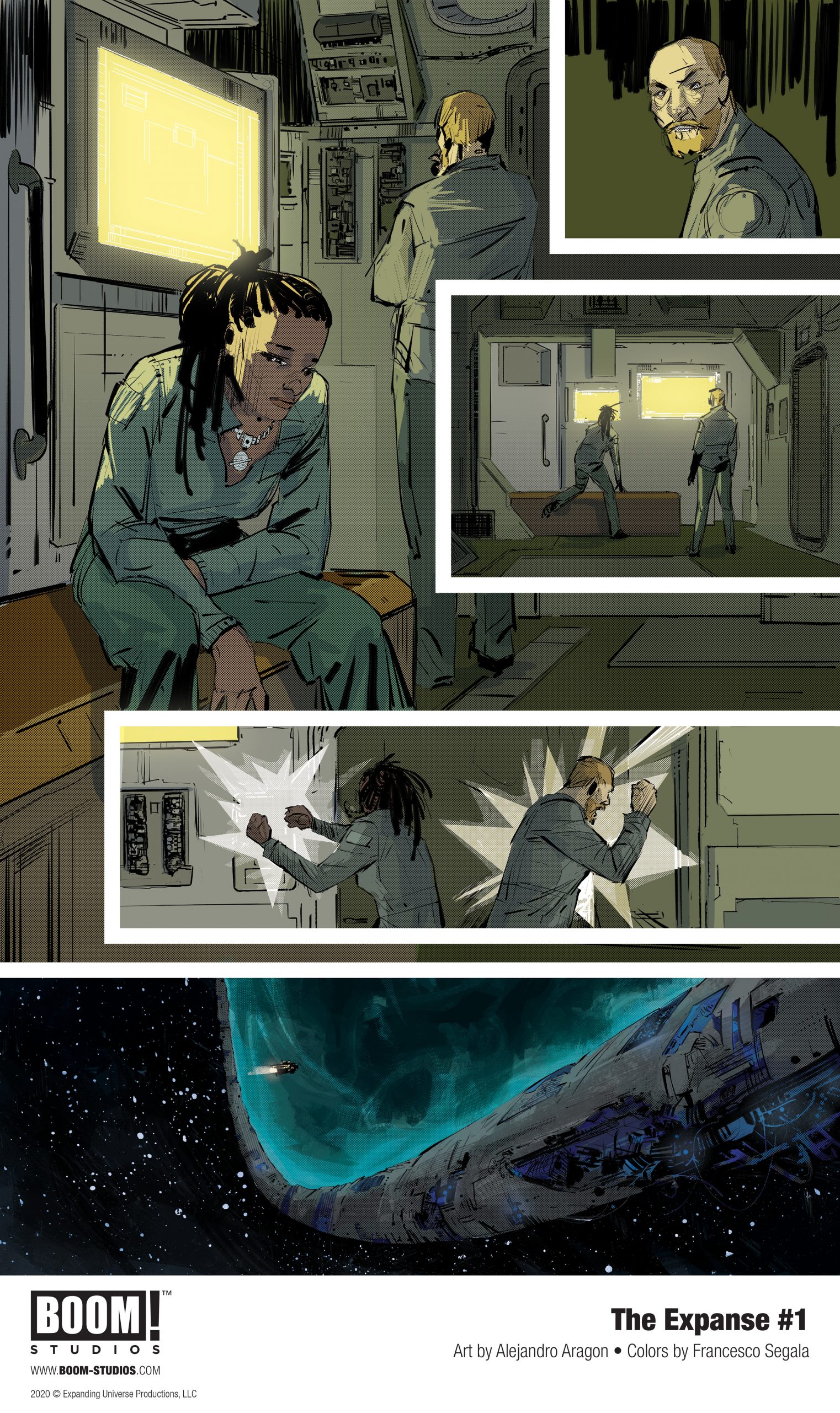 Written by Corinna Bechko with art by Alejandro Aragon, colors by Francesco Segala, and letters by Ed Dukeshire, The Expanse limited series will take place between Season 4 and the upcoming fifth season.

For those unfamiliar with The Expanse was originally a novel series by James S.A. Corey. Corey is a pen name for authors Daniel Abraham and Ty Franck. The novels would eventually be adapted by SyFy into a TV series before they cancelled the show.

However, it would subsequently be picked up by Amazon Studios, who is currently producing the show. 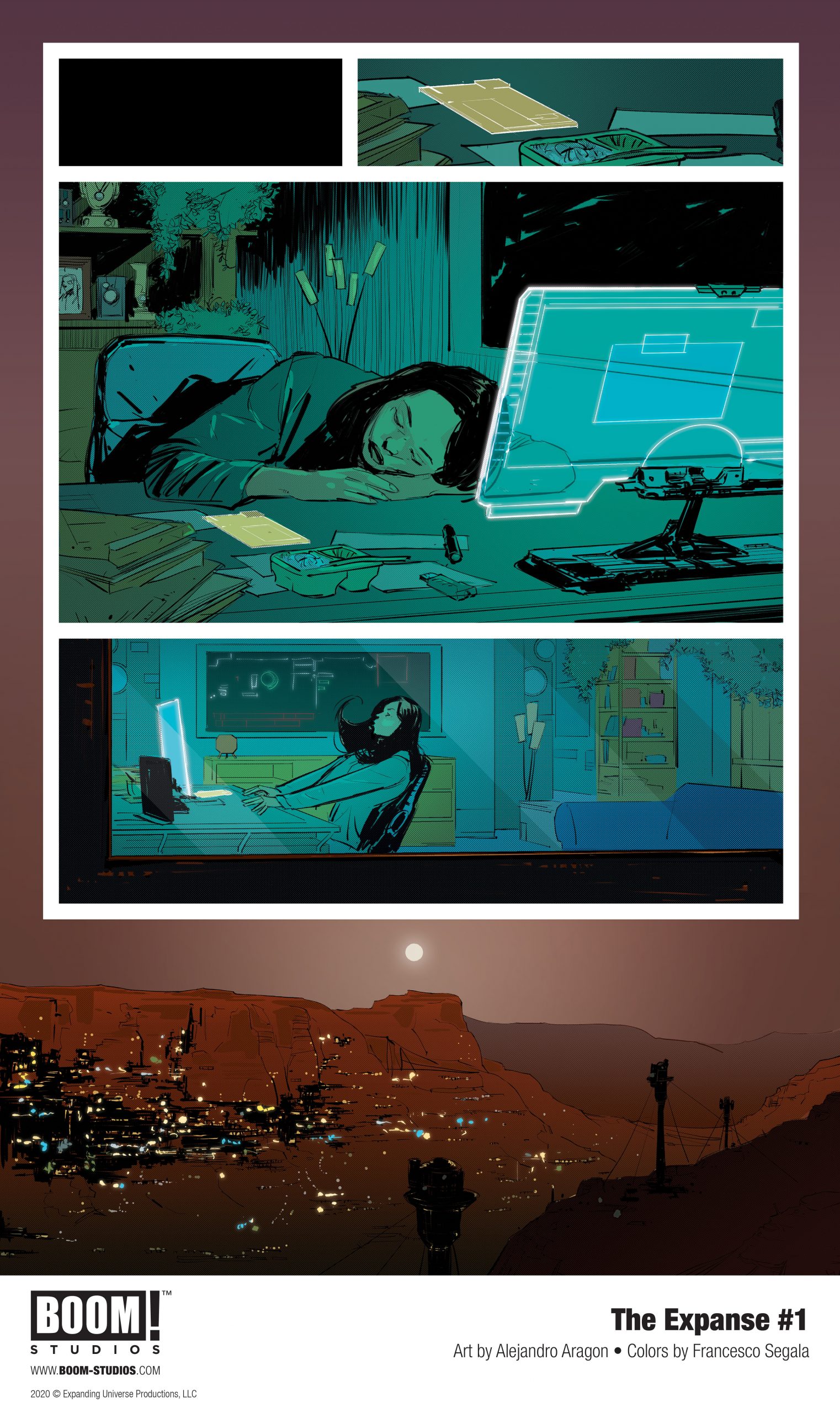 The books and TV series take place in the future where humanity has colonized Mars a number of asteroids in the belt between Jupiter and Mars, as well as a Jupiter’s moons including Ganymede and Europa.

It focuses on the political struggles between Earth, Mars, and the people in the belt as they vie for resources and political dominance. However, it also features a number of sci-fi elements including unknown alien matter, rogue science experiments, and the discovery of an ancient wormhole that opens up numerous planets to humanity. 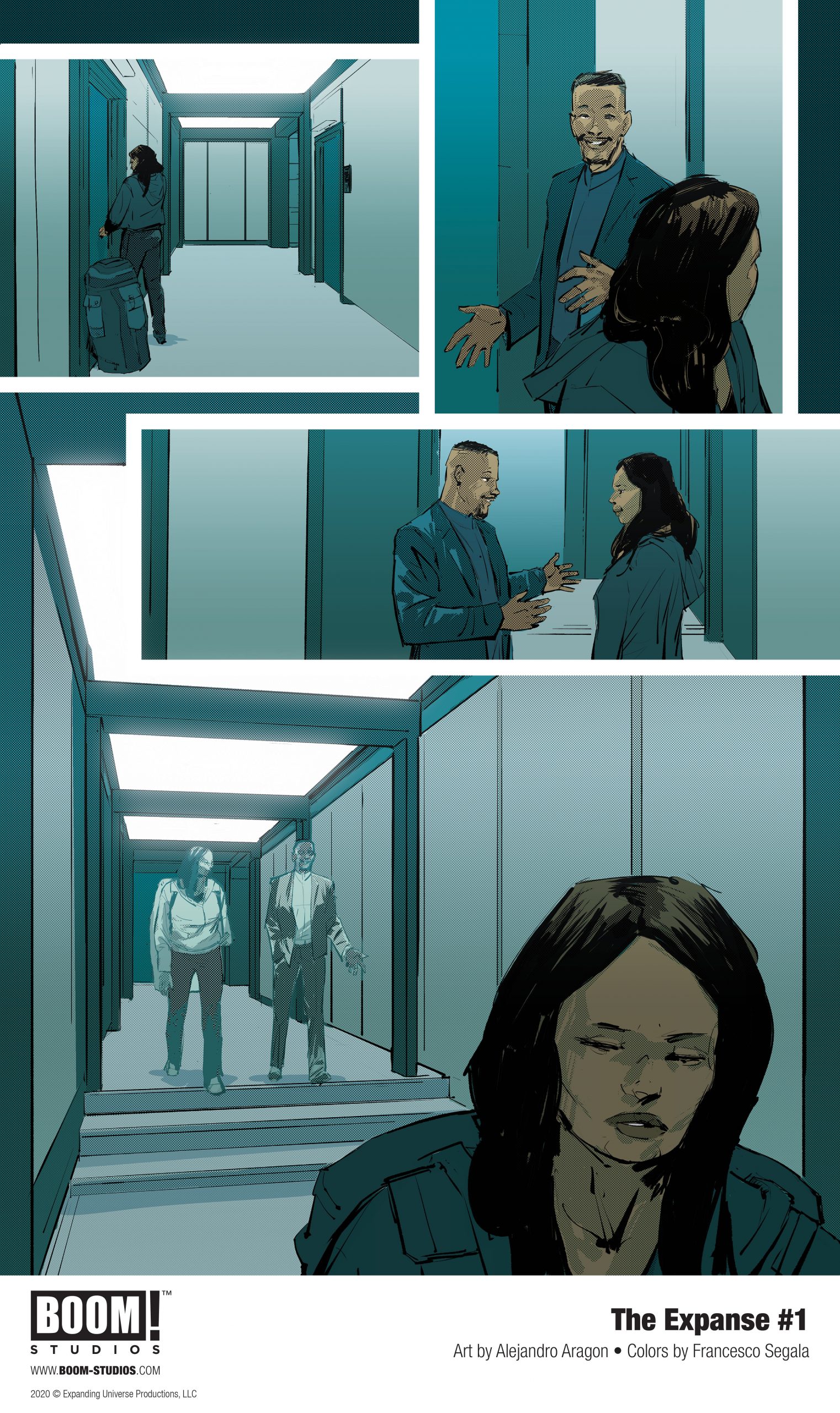 The book and show primarily follows the crew of the Martian gunship the Rocinante that is crewed by former UN Navy officer James Holden. He’s joined by his chief engineer and executive officer Naomi Nagata, who is a Belter. Piloting the ship is former Martian Navy pilot Alex Kamal, and Earther Amos Burton serves as a mechanic and the ship’s muscle. 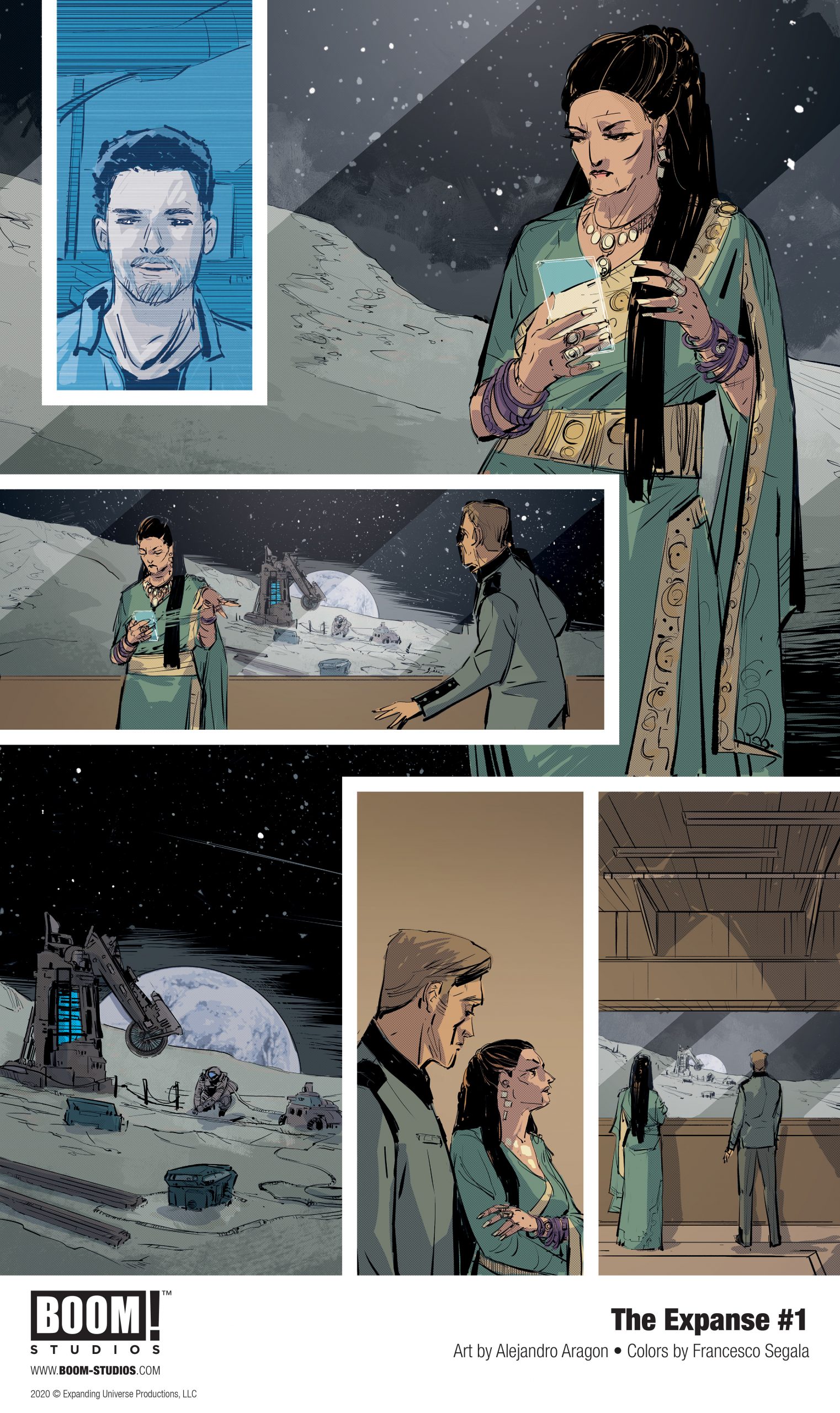 In a press release, BOOM! Studios explains, “The series picks up with Chrisjen Avasarala at the end of the television show’s fourth season. The longtime Secretary-General of the United Nations finds herself dealing with the outcome of the tumultuous elections for her position and far from Earth but not its politics.”

“When Bobbie Draper – a former Martian marine – brings Avasarala intel on an intergalactic black market weapons ring, Avasarala sees a chance to reclaim her political position through a clandestine operation,” they continue.

The description of the series concludes, “But as Draper digs deeper into this secret cabal, she soon realizes the threat they pose is far larger – and closer to home – than either of them ever imagined.” 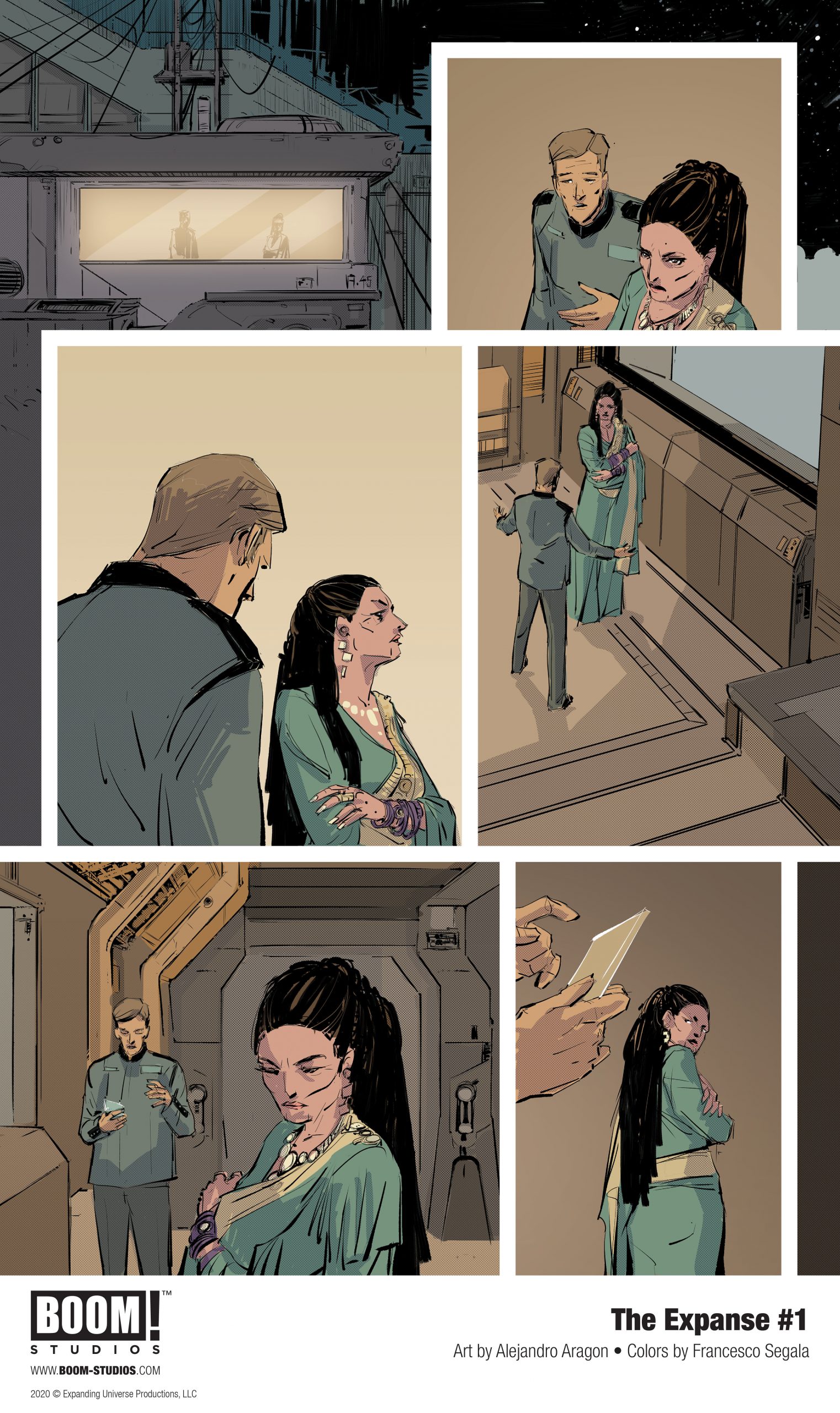 Along with this first look and official description, BOOM! revealed that the first issue of the limited series will feature covers by W. Scott Forbes, Tigh Walker and Lorenzo de Felici. 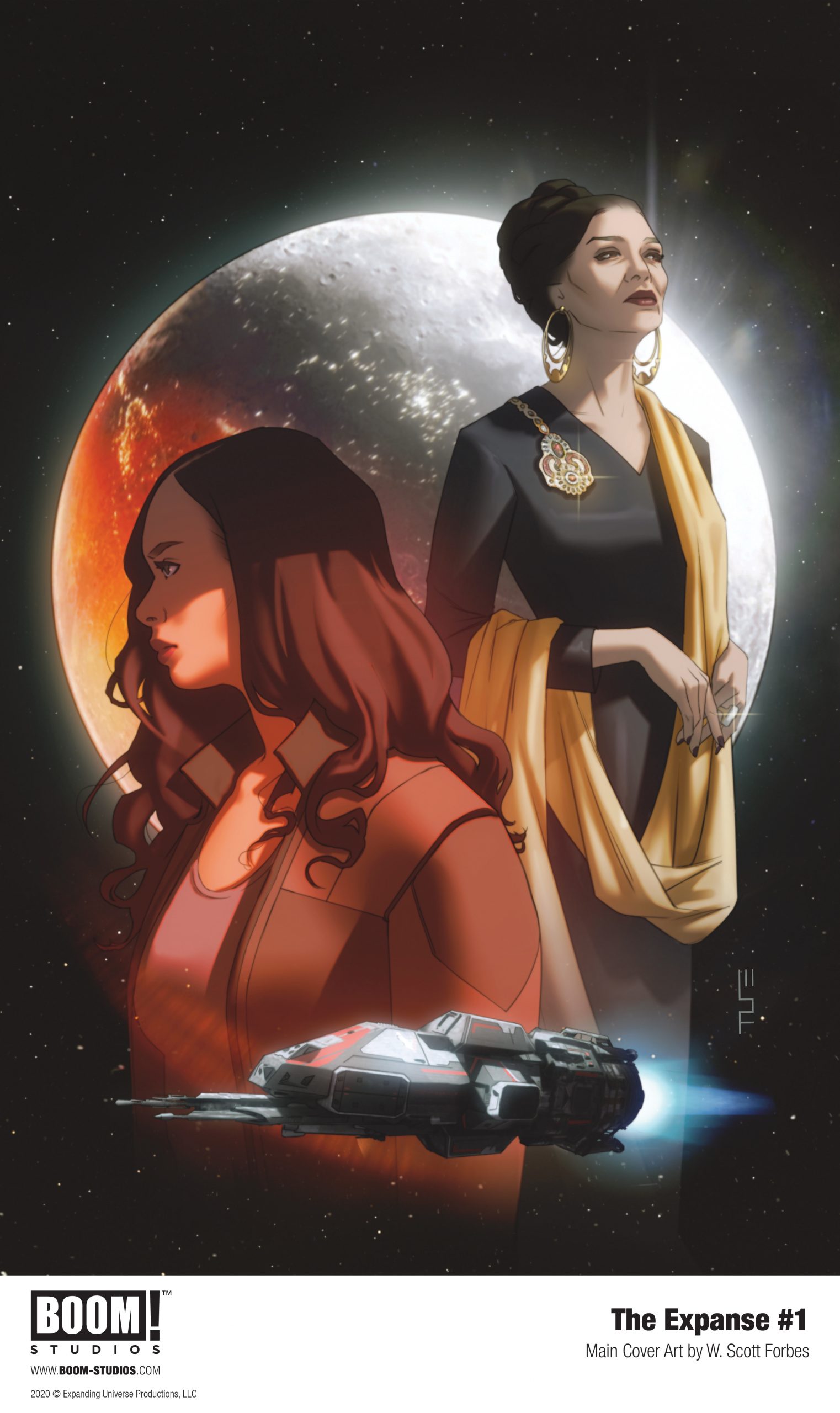 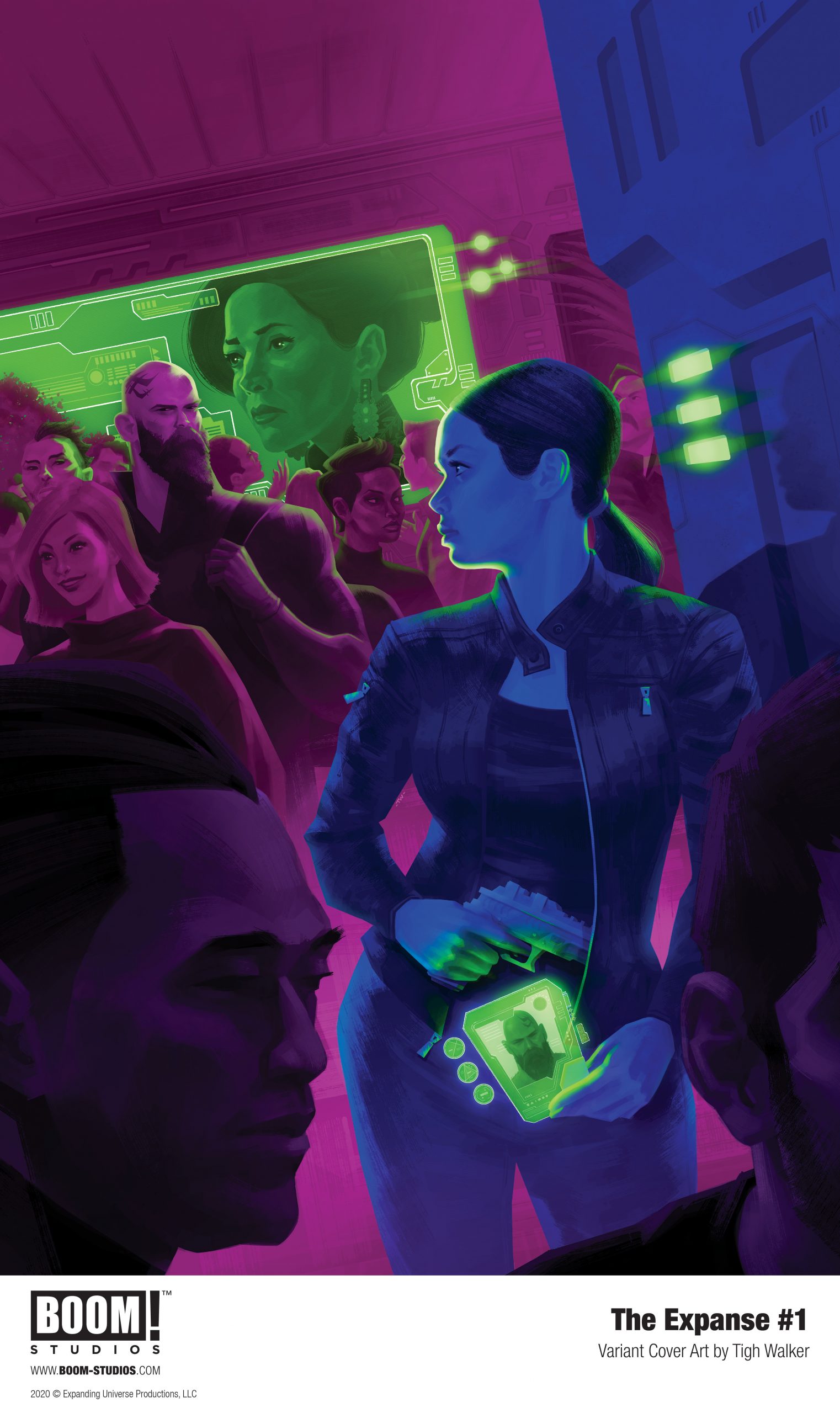 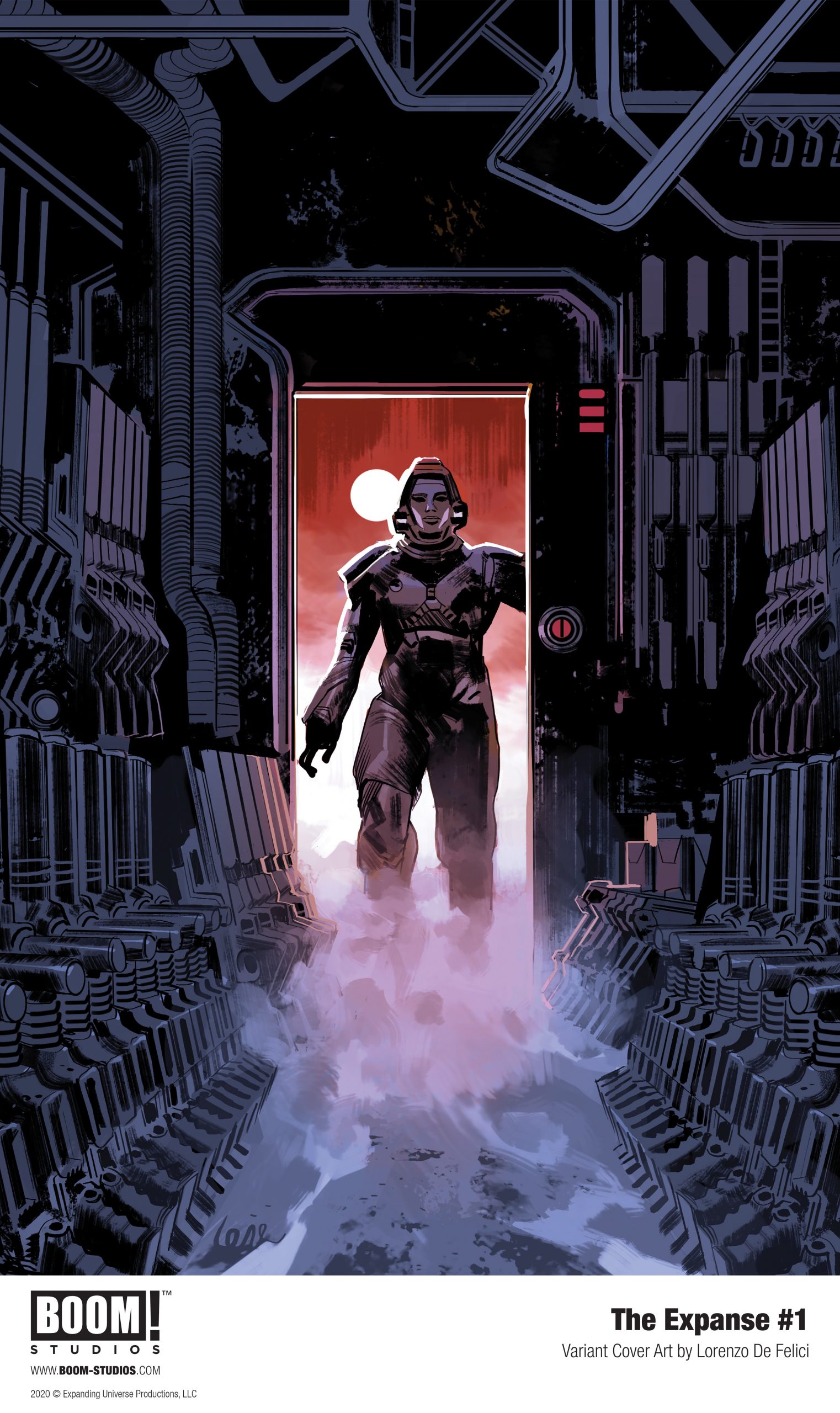 Finally, there is a black and white version of De Felici’s variant cover. 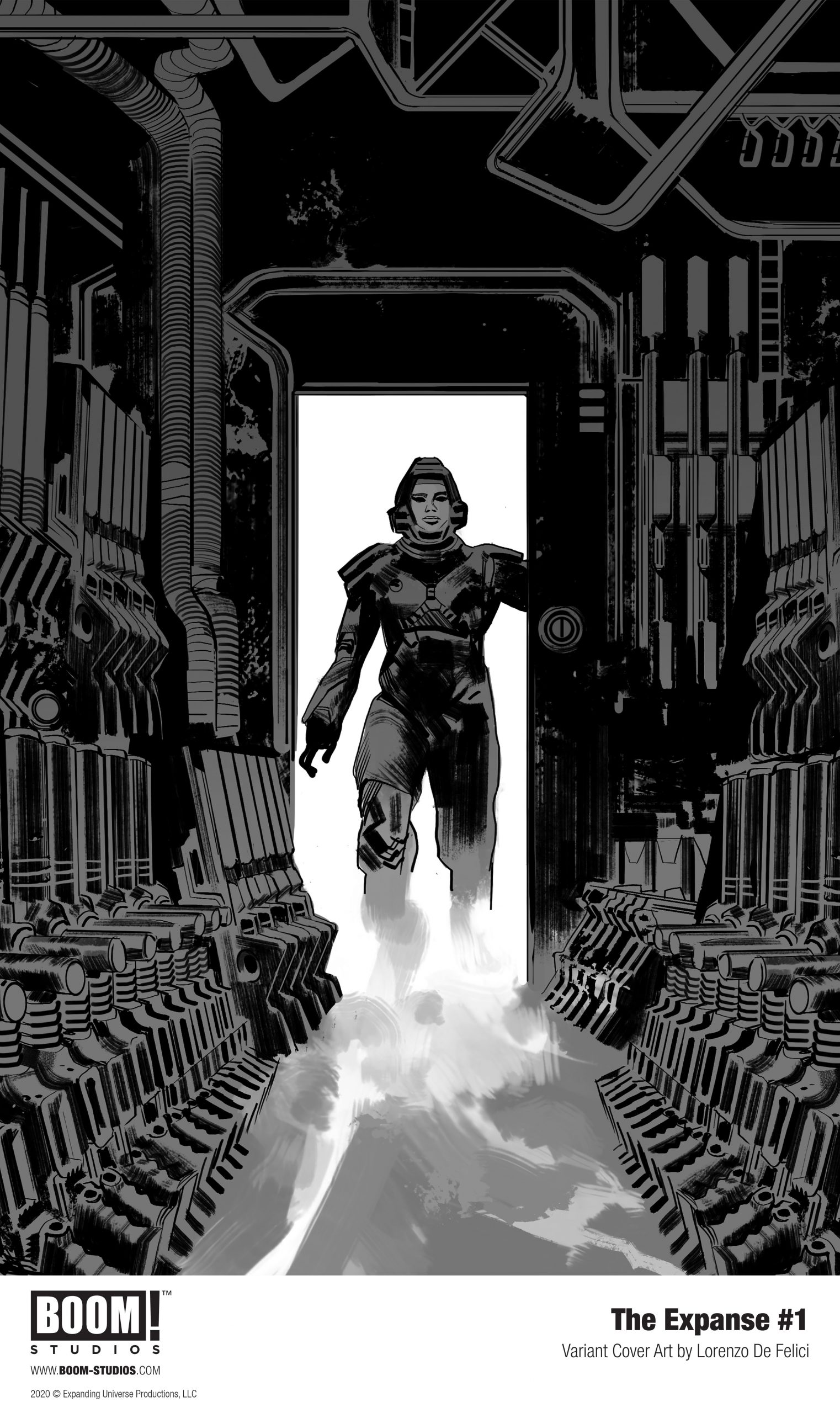 The first issue is expected to hit comic book shelves on December 16, 2020.

What do you make of this first look? Do you plan on picking up this series when it becomes available in December?