The release of The Mandalorian Season 2 included the return of a fan favorite monster, the Krayt Dragon. Although it appears to be a Greater Krayt Dragon, the episode refers to it as simply a Krayt Dragon.

However, it wasn’t the Krayt Dragon that many remember from the Knights of the Old Republic video game. 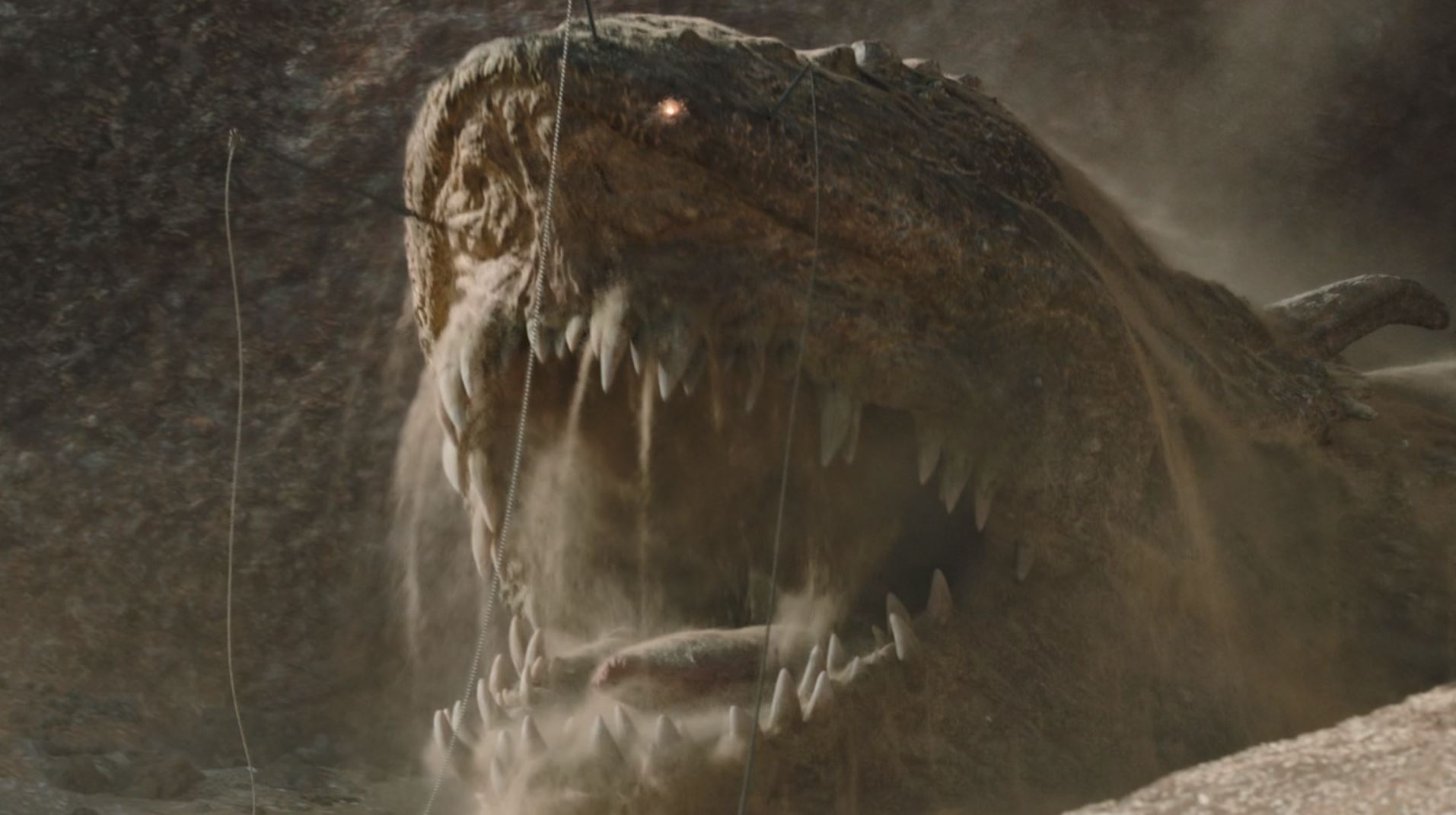 Star Wars fans will remember that a Krayt Dragon is referenced, and in fact the bones of the monster are seen, in the original Star Wars film.

When C-3PO decides to walk off in a different direction from R2-D2 at the beginning of the movie, he passes by the remains of a Krayt Dragon.

Not only would the bones of the monster be seen, but in the 1976 novelization of the film, it would be revealed that the bones are indeed that of a Krayt Dragon and that the cry Obi-Wan Kenobi makes to drive off the Sand People after they’ve attacked Luke Skywalker is the cry of a Krayt Dragon.

Obi-Wan Kenobi’s cry is also confirmed to be that of a Krayt Dragon in the 2011 novelization of the film. 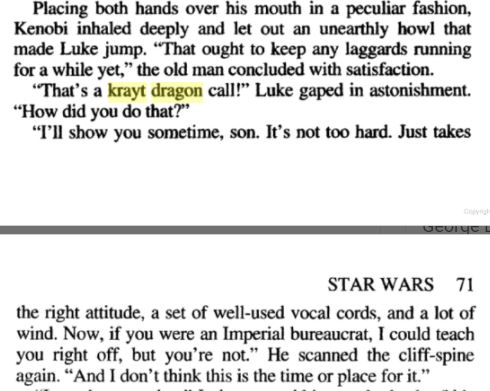 The official Star Wars Kids channel would later state in a video posted to the channel in 2019 that the bones from the original film are those of a Greater Krayt Dragon.

The first time many people get to see what a Krayt Dragon looked like when it was alive was in Dark Horse Comics’ Star Wars series that began publication in 1998.

In the Outlander story arc, Jedi Master Ki Adi Mundi comes face to face with a Krayt Dragon as he attempts to track down a rogue Jedi on Tatooine. 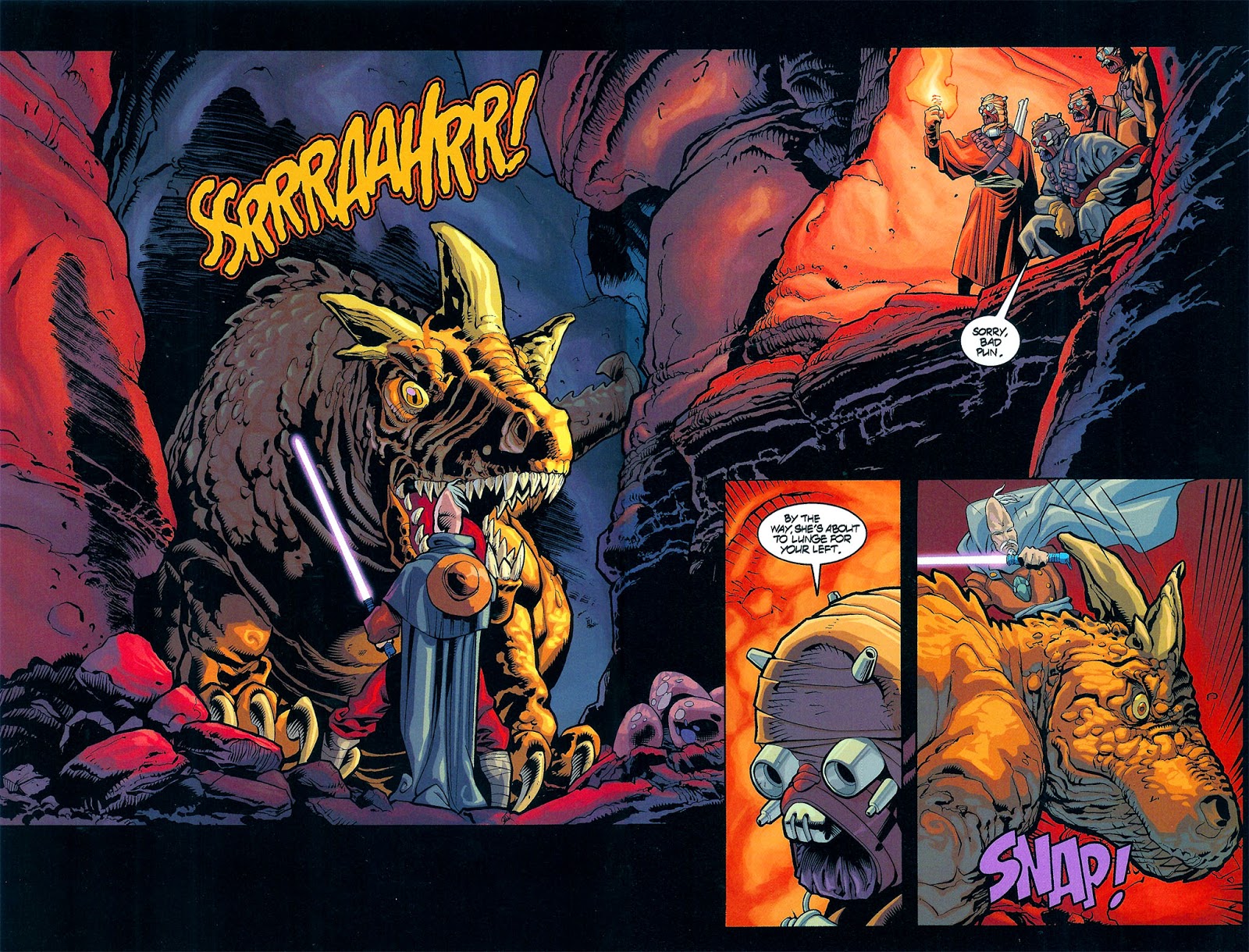 As you can see the beast has four legs.

The Krayt Dragon would gain a greater audience when it was shown off in BioWare’s Knights of the Old Republic video game.

As Dark Horse’s Star Wars series came to a close, it was retitled Star Wars: Republic and a Greater Krayt Dragon was shown off in a flashback scene where Quinlan Vos faced off against Count Dooku. 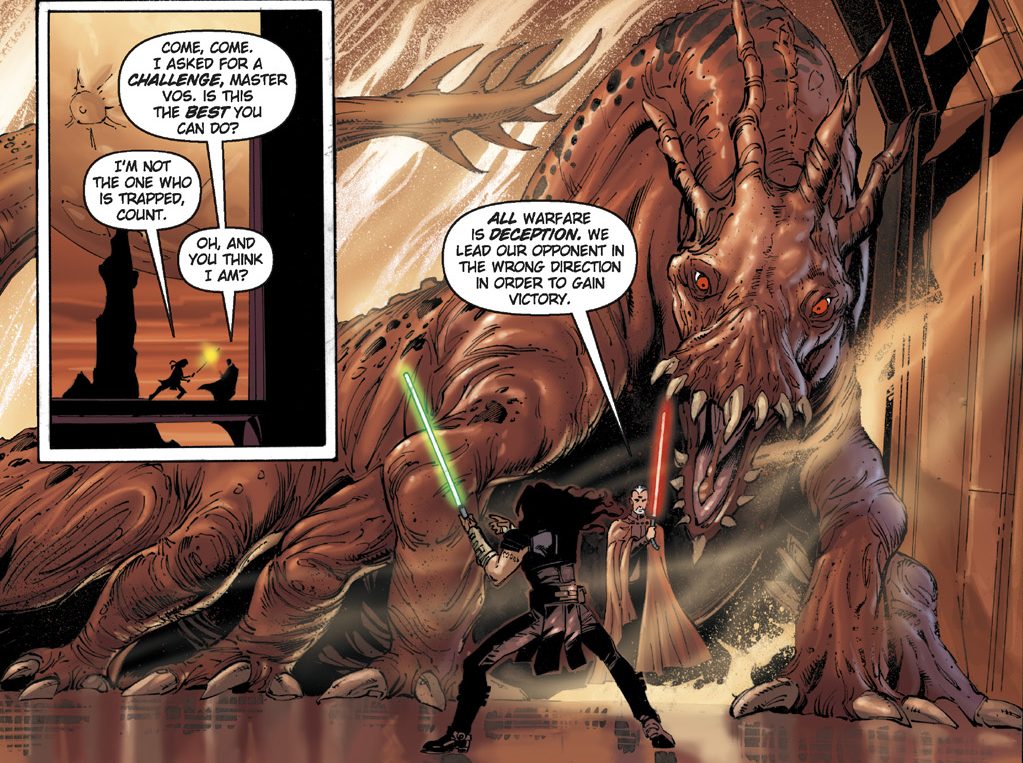 However, in The Mandalorian Season 2, Episode 1 “The Marshall,” the Krayt Dragon as it is referred to in the show does not appear to have any legs and instead resembles the sand worms more typically associated with Frank Herbert’s Dune novel series.

Even when the Sand People are harvesting the meat from the beast and searching for its pearl, it does not appear to have any appendages whatsoever.

Not only does the Krayt Dragon not appear to have any legs, but the beast now also appears to have teleportation powers as it appears to move across the landscape of Tatooine instantaneously when the Mandalorian and Cobb Vanth’s forces attempt to kill it.

At one point its at the top of a mountain and then just a short second later it’s on the ground behind The Mandalorian and Cobb Vanth’s forces. 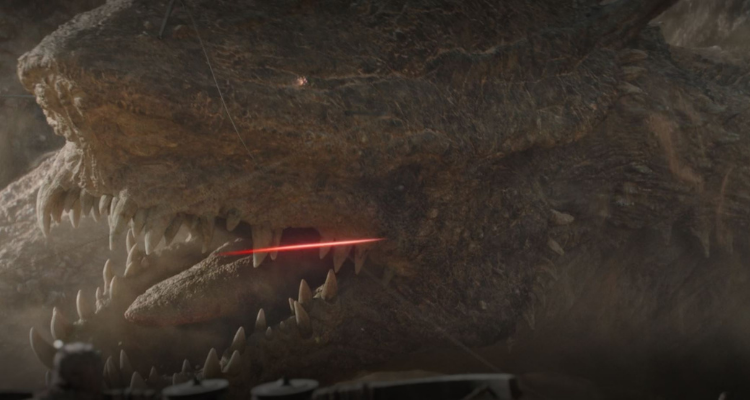 What do you make of these changes to the Krayt Dragon?