Artist The Imaginative Hobbyist recently shared his mockup of Elvira, Mistress of the Dark becoming one of DC Comics’ Red Lanterns.

Elvira, Mistress of the Dark is the personality of actress Cassandra Peterson. Peterson’s Elvira personality shot to fame when she became Elvira wearing a revealing black gown and hosted Elvira’s Movie Macabre for Los Angeles television station KHJ-TV in 1981. 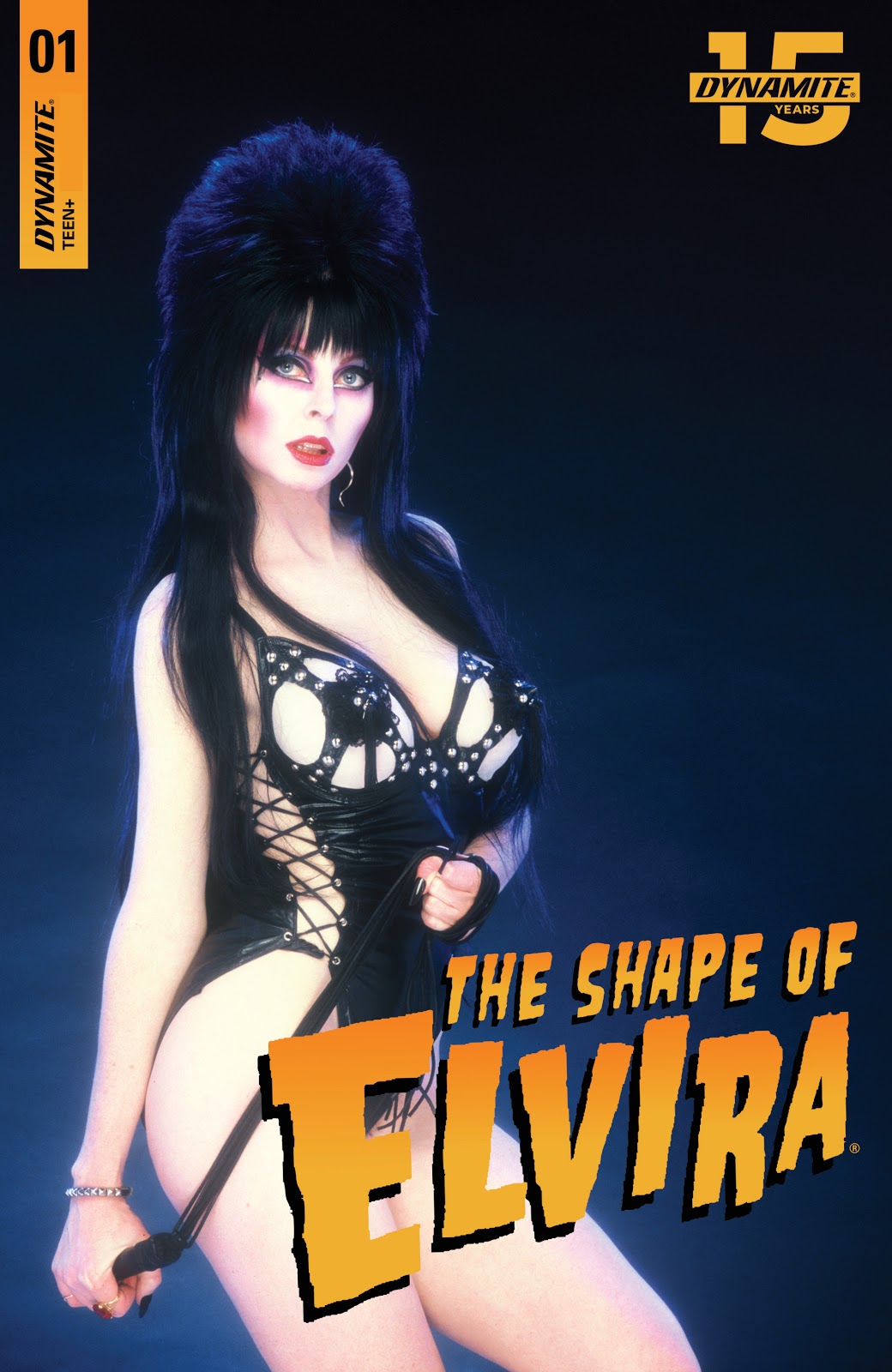 Before she became Elvira, she was a showgirl in Vive Les Girls! at The Dunes in Las Vegas. She would briefly date Elvis Presley and had a small role as a showgirl in the James Bond film Diamonds are Forever.

As Elvira, her fame quickly grew and she began licensing the character with Halloween costumes, action figures, trading cards, calendars, perfume, and dolls made featuring Elvira.

In fact, DC Comics even published a maxiseries titled Elvira’s House of Mystery in 1986. 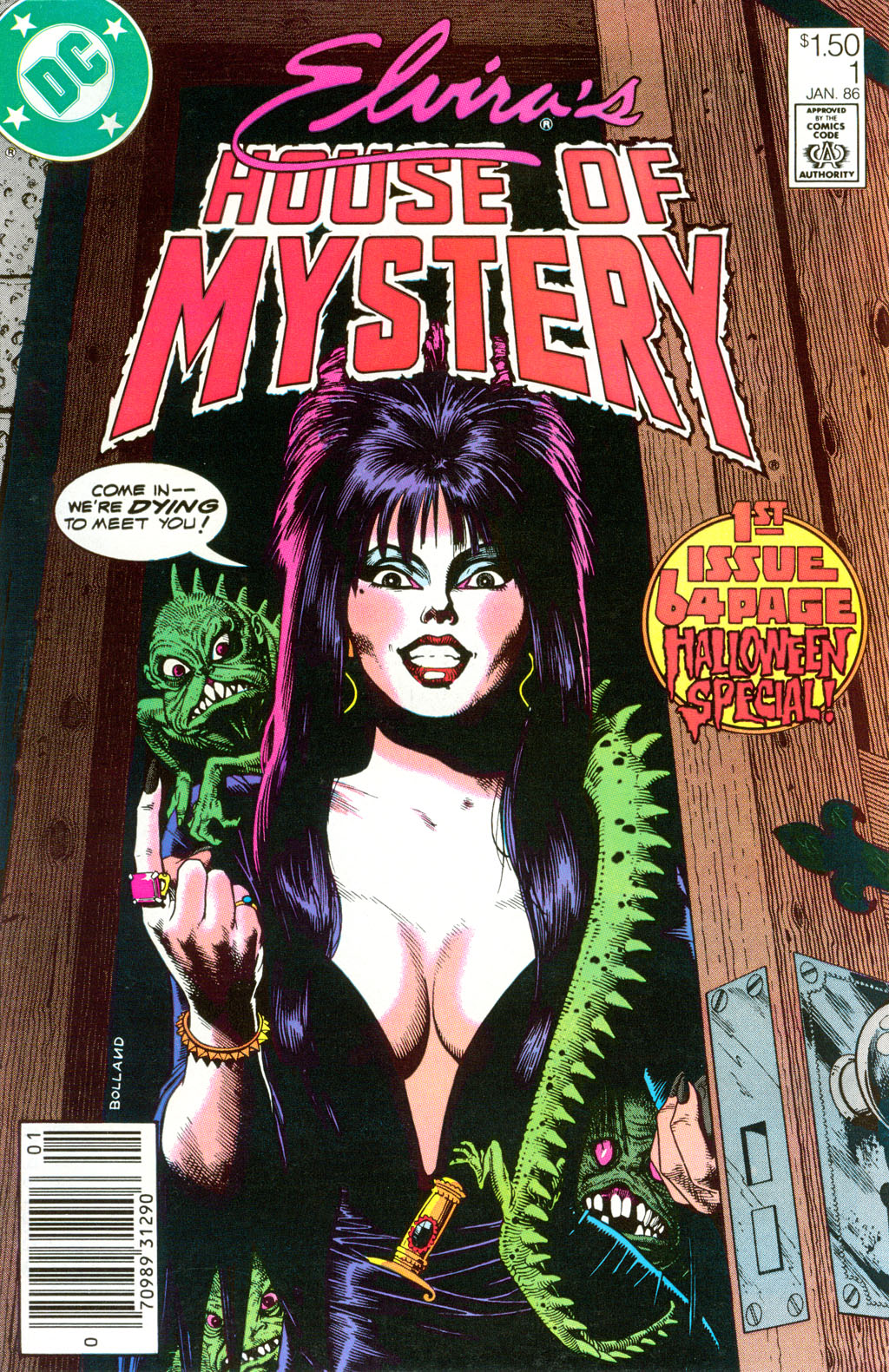 From there, the issue dives into multiple short horror stories as Elvira attempts to glean her “destiny” that will allow her a way to escape the angry villagers who have surrounded the house. 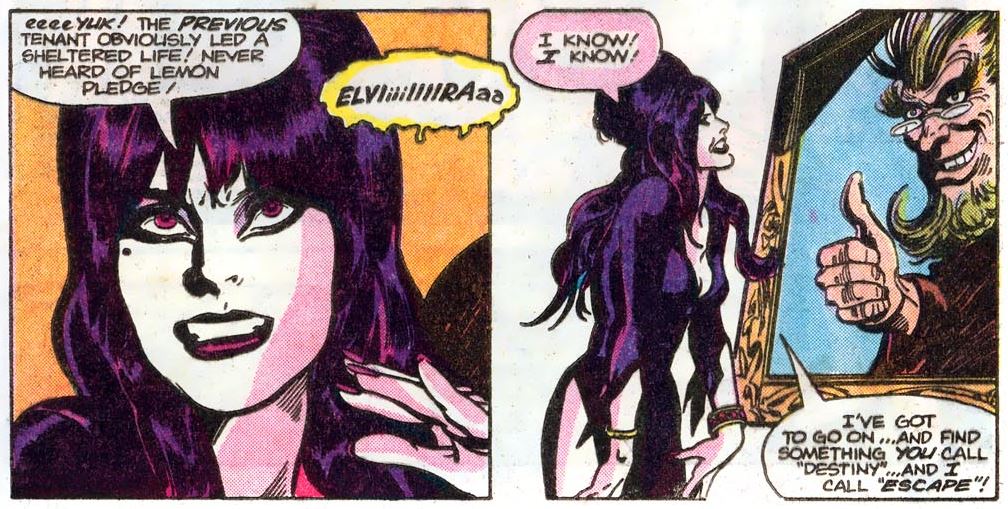 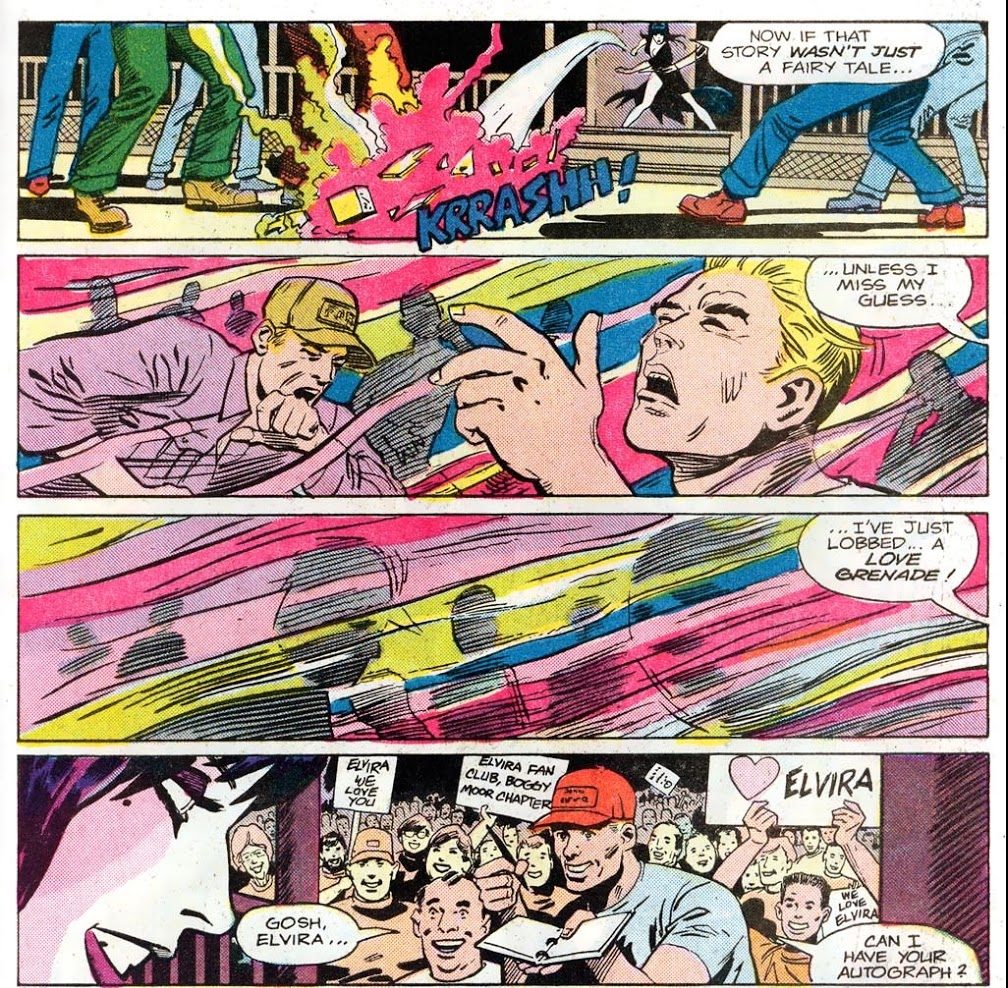 Despite solving the problem of the angry villagers, Elvira decides to stay in the haunted house declaring it her “destiny” and saying “I think me an’ this ol’ house will be together… a long, long time!” 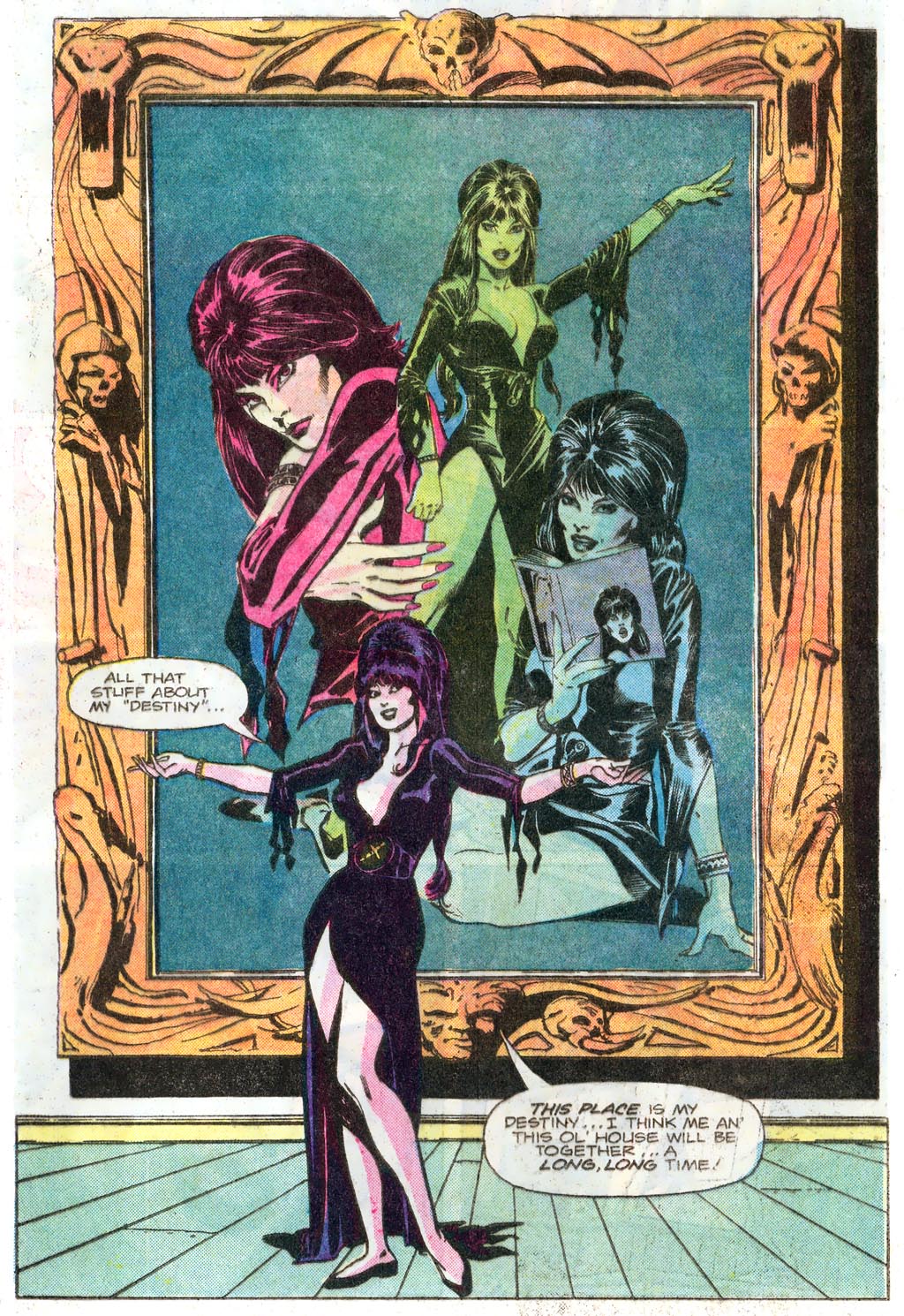 Elvira would be featured in a number of other comic book series including Claypool Comics Elvira, Mistress of the Dark in 1993.

More recently Dynamite Entertainment published Elvira: The Shape of Elvira in 2019. The story follows Elvira as she lands the leading role in a new film called The Heart is a Black Lagoon that features a human and gill monster romance, murder, and mystery. 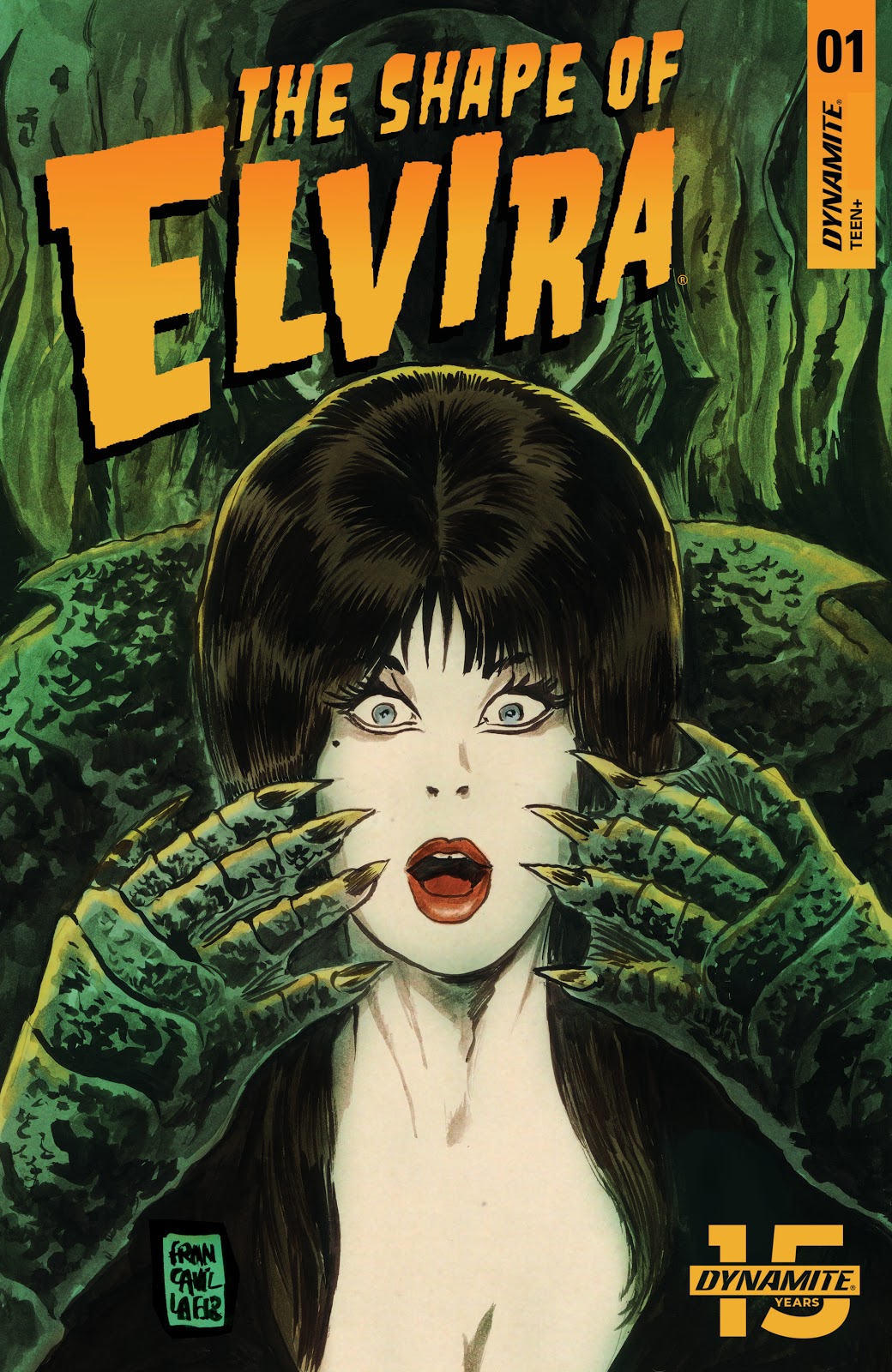 While Elvira has had her fair share of comic book stories, the Red Lantern Corps also have their own history.

The Red Lantern Corps was first introduced in Green Lantern #28 by Geoff Johns and Mike McKone in April 2008. The Corps was formed by Atrocitus on the planet of Ysmault, where he had been imprisoned  and crucified by the Guardians and the Green Lantern Sinestro.

Atrocitus was one of five people who survived The Massacre of Sector 666 that saw the Manhunters wipe out trillions of intelligent beings. The five beings would seek revenge against The Guardians for the destruction of their sector and became known as the terrorist cell The Five Inversions, with Atrocitus being their leader. 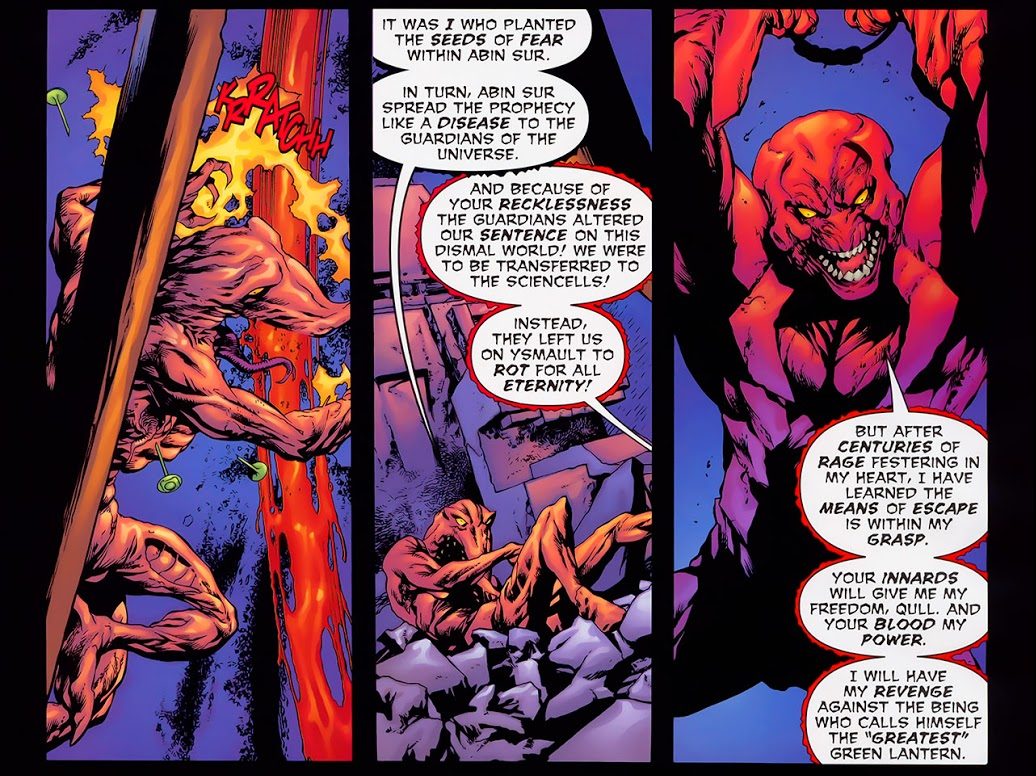 It’s assumed that Atrocitus killed the other prisoners being held on Ysmault. He would then use their blood and his rage to create a Central Power Battery that stands next to a great lake of blood on the planet.

Atrocitus would then begin sending Red Lantern rings across the galaxy eventually recruiting a rather large force that included the disgraced Green Lantern Liara, Vice, Dex-Starr, Bleez, and many others.

Interestingly enough, these recruits would be rather bestial and seemingly lacked their own consciousness acting like dogs when Atrocitus barked his order. This would eventually change when Atrocitus brought them into the Red Central Power Battery. It would reconnect them with their sanity and consciousness and allow them to think for themselves rather than relying on Atrocitus to give orders. 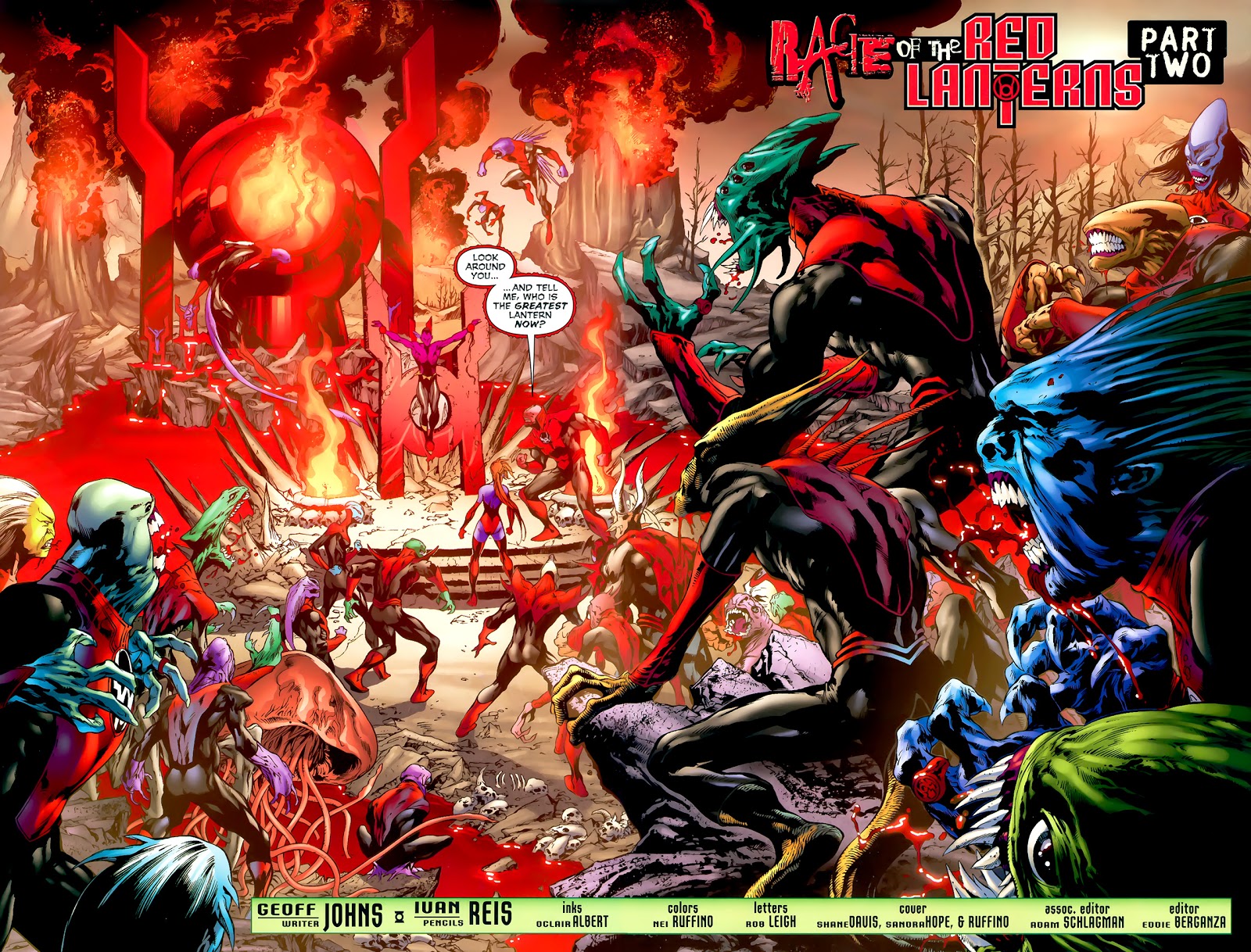 While seeking the being that will birth the Black, Atrocitus makes a sacrifice of a number of U.S. soldiers he ambushes.

Atrocitus chants the Red Lantern Corps oath while he eats the organs of the soldiers. He states, “With blood and rage of crimson red ripped from a corpse so freshly dead together with our hellish hate we’ll burn you all, that is your fate!” 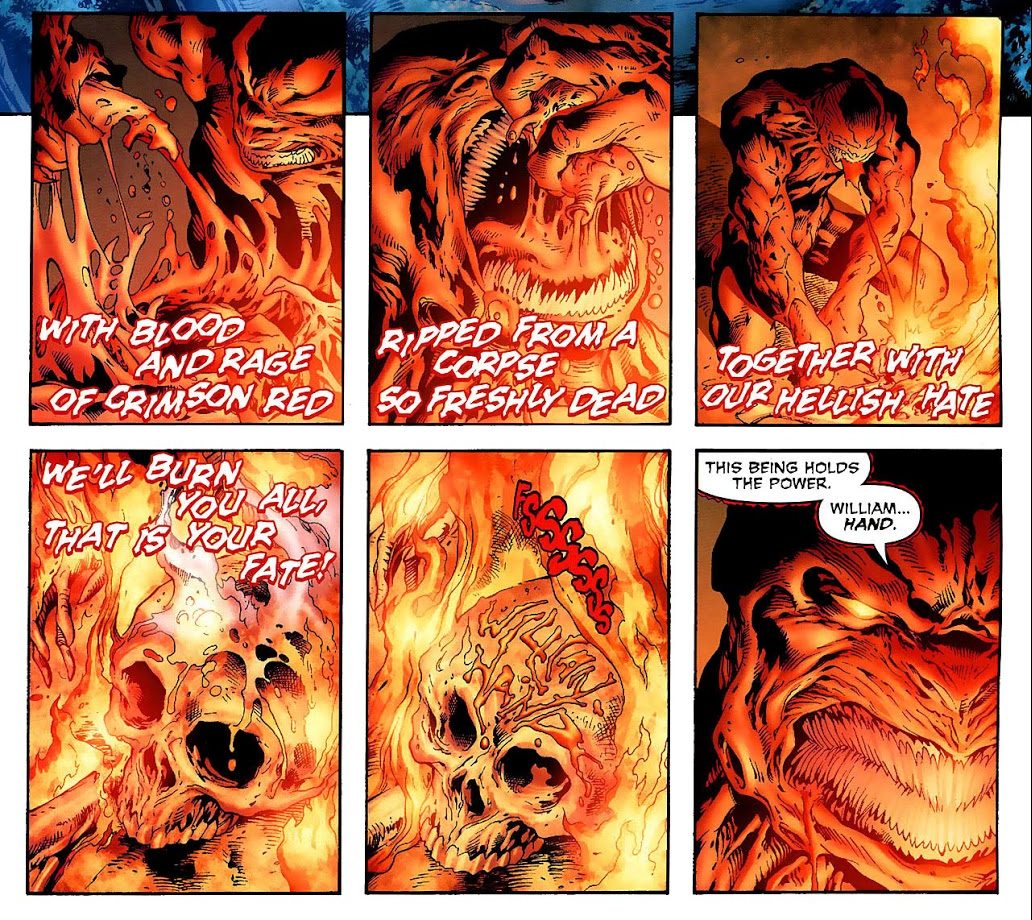 The Imaginative Hobbyist would turn Elvira, Mistress of the Dark into a member of the Red Lantern Corps being inspired by the fact that she already wears a red ring seen in a number of the photos above.

The Imaginative Hobbyists’ mock-up of Elvira as a Red Lantern might make her the latest member of the Red Lantern Corps, but she’s not the only non-DC Comics character to become a Red Lantern.

In the Star Trek/Green Lantern crossover Khan Noonien Singh would become a member of the Red Lantern Corps after killing Atrocitus. 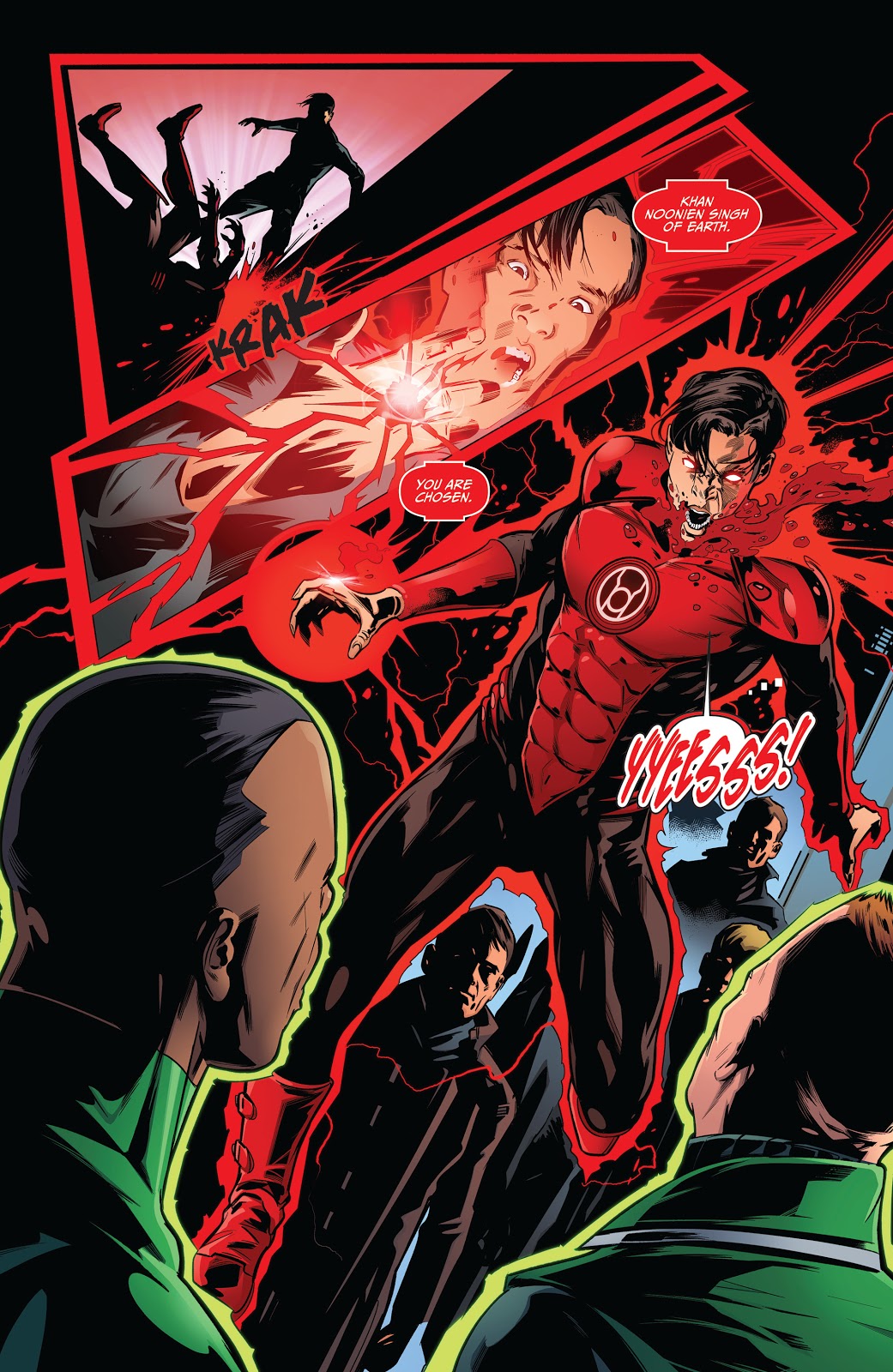