Utopia actor John Cusack attacked millions of Americans for casting their vote for President Donald Trump in both 2016 and 2020. 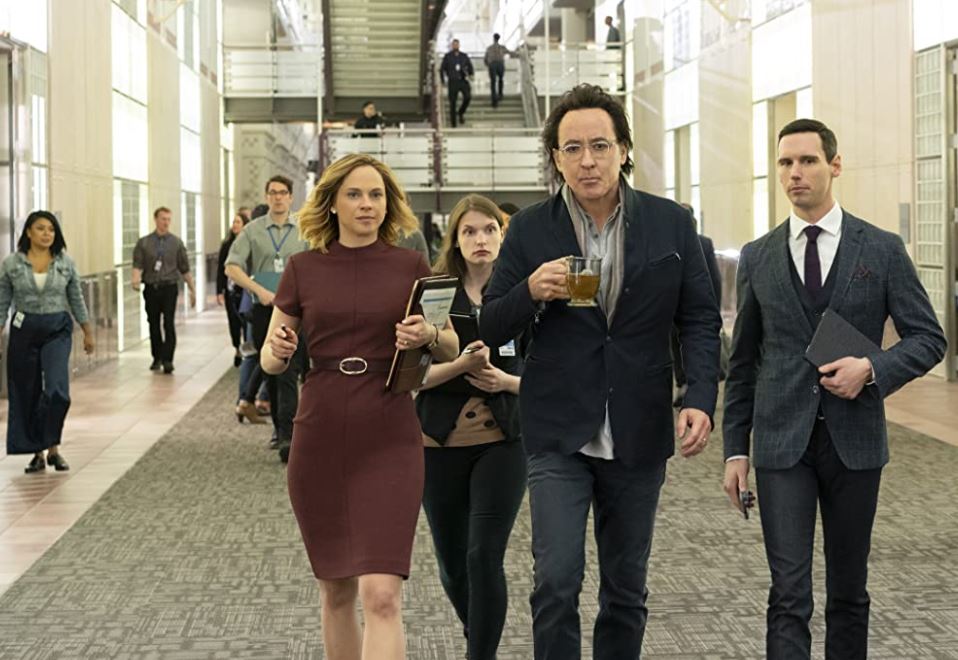 Cusack took to Twitter yesterday where he described President Trump supporters as “Nazis.”

He wrote, “Four hours to deafest the Nazis . Trump is a nazi We elected a nazi . We are the Calvary we must defeat him.”

“Four hour get in line for all those children in cages . This is a manichean battle .” 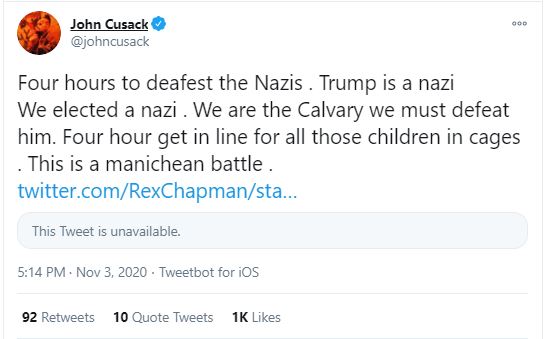 He would then refer to supporters of Donald Trump as “the trump deathkkkult” and described them as “cowards and bullies.”

Cusack wrote, “What’s being revealed is the trump deathkkkult are cowards and bullies & when people stand up to them they got nothing . All they have to sell is fear and hate.”

“Love wins …get in f***ing line and send him straight to hell,” he concluded. 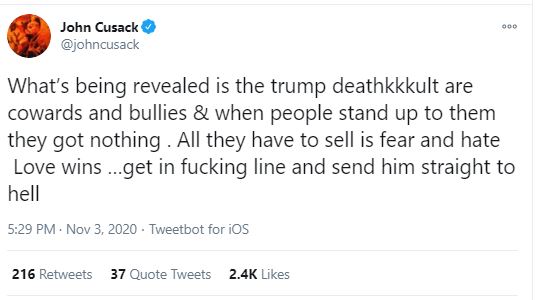 He would then encourage his followers to target supporters of President Donald Trump every minute of every day of the year. 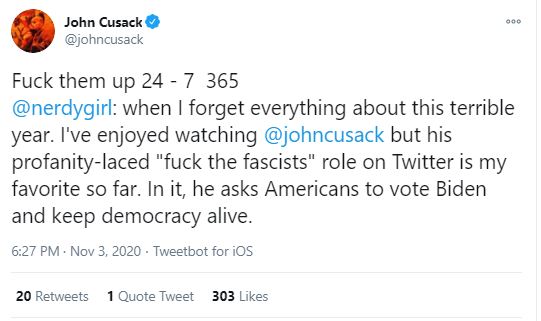 Eltahawy added, “Be a menace to your enemies. And a comfort to your comrades.” 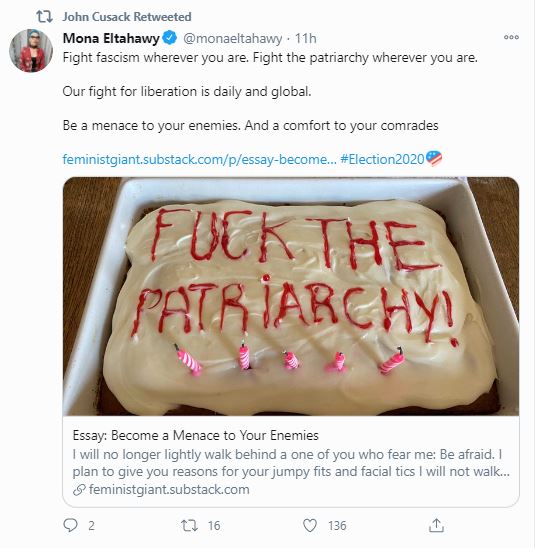 Cusack would later write in the waning hours of the night on November 3, 2020, “think this will be like2018 where it took a while to see dem gains play out & Biden will get 270.”

He then added, “But fact so many people didn’t just look the other way – but VOTED FOR the mentally ill virus spreading Child abducting Nazi rapist ? Hard to find a punchline here -”

“We are ill,” the actor concluded. 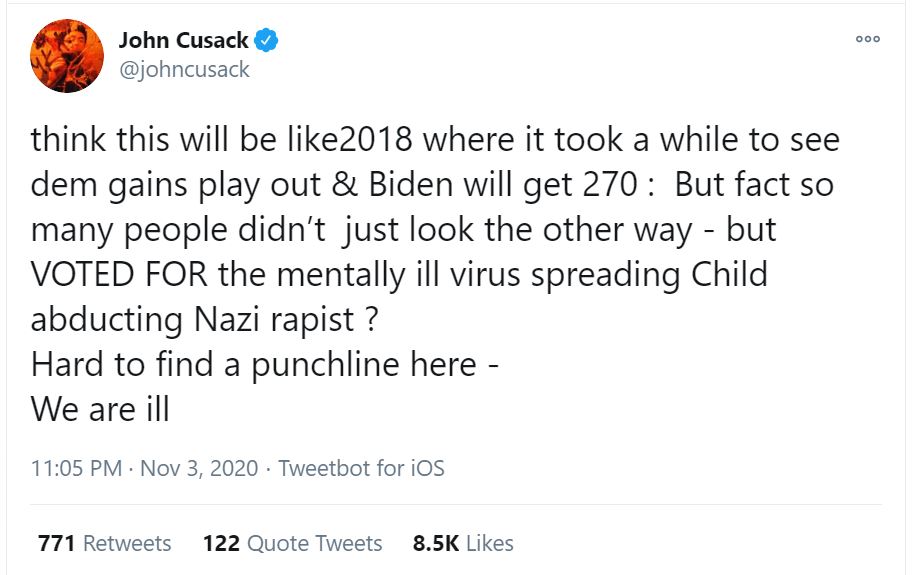 The actor would then declare that “it’s also disgusting it’s not a blowout as Trump is trump.” 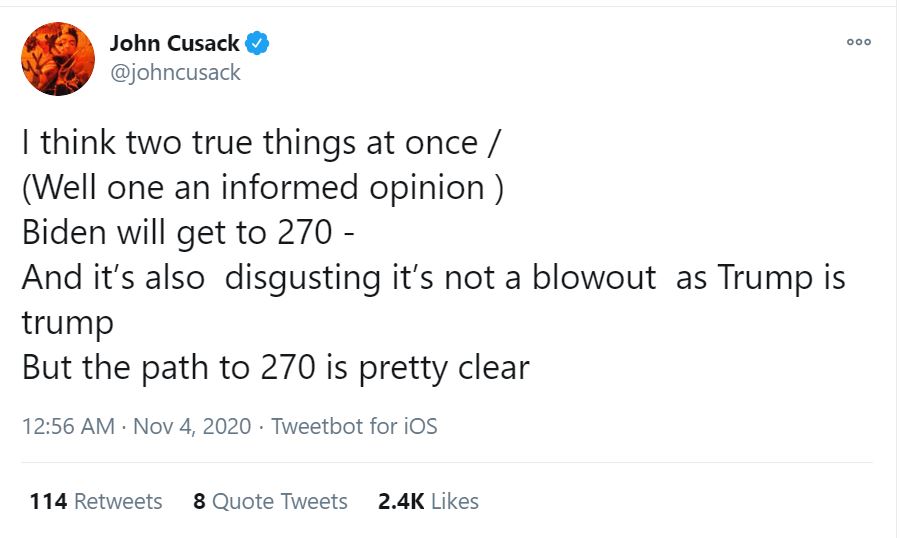 Cusack can currently be seen playing Dr. Kevin Christie on Utopia. Utopia is based on the British drama by Dennis Kelly and airs on Amazon’s Prime Video streaming service.

“A group of young adults, who meet online, get a hold of a cult underground graphic novel, which not only pins them as a target of a shadowy deep state organization, but also burdens them with the dangerous task of saving the world.”

What do you make of Cusack’s comments regarding millions of Americans?