Freaky is the latest comedy horror concoction from Happy Death Day mastermind Christopher Landon. Co-written by Landon and Michael Kennedy, the latter of whom has provided IT support and various forms of production assistance on both American Dad! and Family Guy, Freaky focuses on Millie (Kathryn Newton, Detective Pikachu), a shy introvert struggling to deal with the death of her father from the previous year.

What they aren’t able to remedy with their friendship is fixed by Millie’s constant daydreaming over her crush Booker (Uriah Shelton), the only non-douchebag jock at Blissfield High. Meanwhile, Millie’s mother, Paula (Katie Finneran) has turned to drinking since her husband died, while her older sister, Char (Dana Drori), has totally submerged herself in her career as a police officer.

Freaky is an R-rated horror-comedy spin on the Freaky Friday body swap concept. Millie lives in the town of Blissfield and, during the events of the film, a serial killer known as the Blissfield Butcher (Vince Vaughn) begins slaughtering Millie’s classmates. Amidst one of his rampages, a mystical knife known as the La Dola dagger catches The Butcher’s eye, but when he goes to use the dagger to kill Millie, the two switch bodies. Millie soon discovers that if she doesn’t stab the Butcher again within a 24-hour period, she’ll be trapped in his gross, middle-aged body forever. 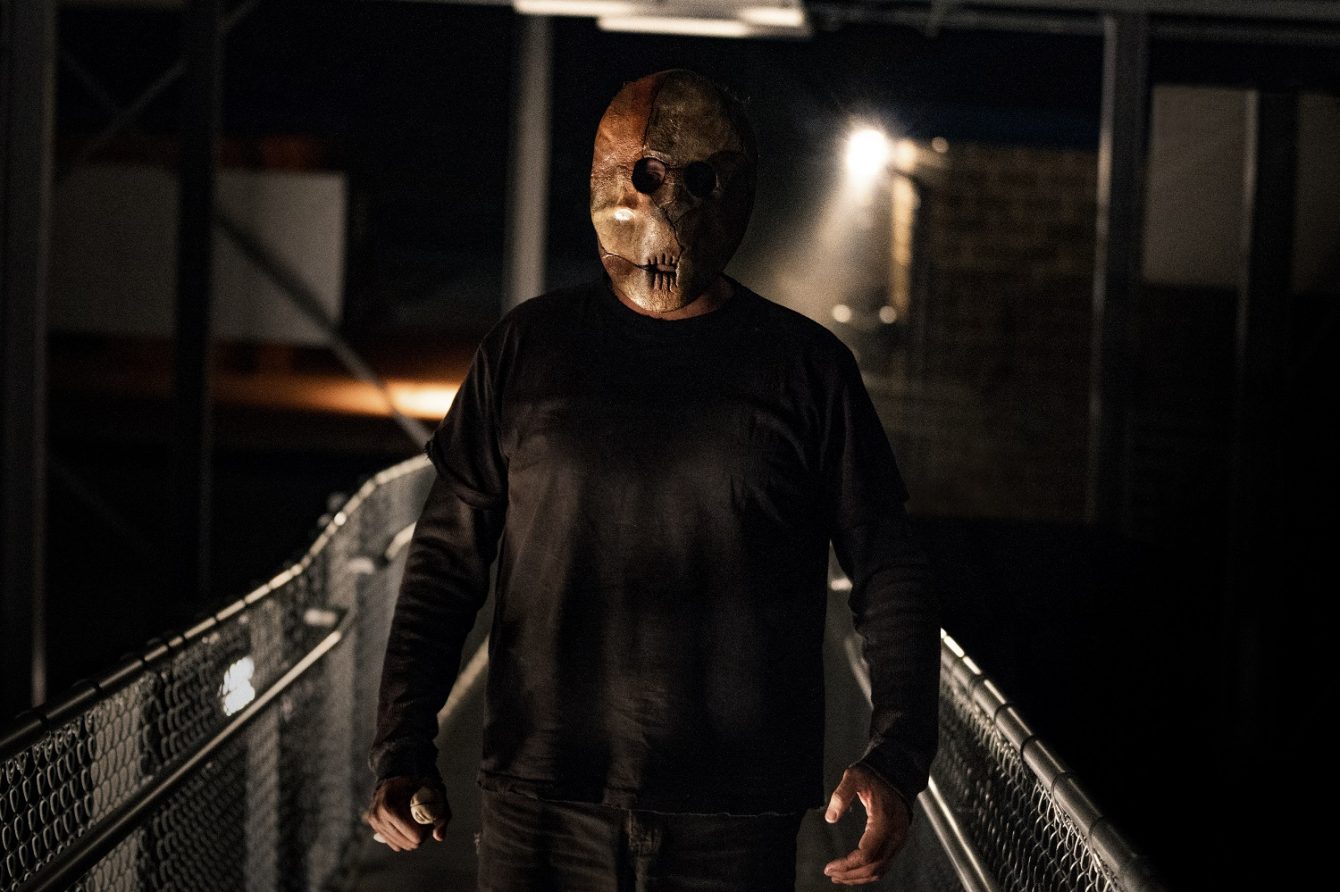 Vince Vaughn as The Blissfield Butcher.

Related: Impetigore Review: How to Drown a Skinless Baby

This film, as well as all of the Freaky Friday films that were produced by Disney, are all based on the 1972 children’s novel of the same name by Mary Rodgers.  This is relevant because film lovers have seen this concept done over and over again, which has led to any film based on the general premise to become relatively predictable. Freaky is slightly less enjoyable because, you basically know how it’s going to end from the start.

However, Christopher Landon and Michael Kennedy deserve a lot of credit for making Freaky as good as it is. Landon is able to have more graphic kills and push comedy further with Freaky than he did with the Happy Death Day films thanks to Freaky‘s R-rating, while Kennedy sought to inject some of his ten years of experience in animated comedy into the Freaky screenplay. 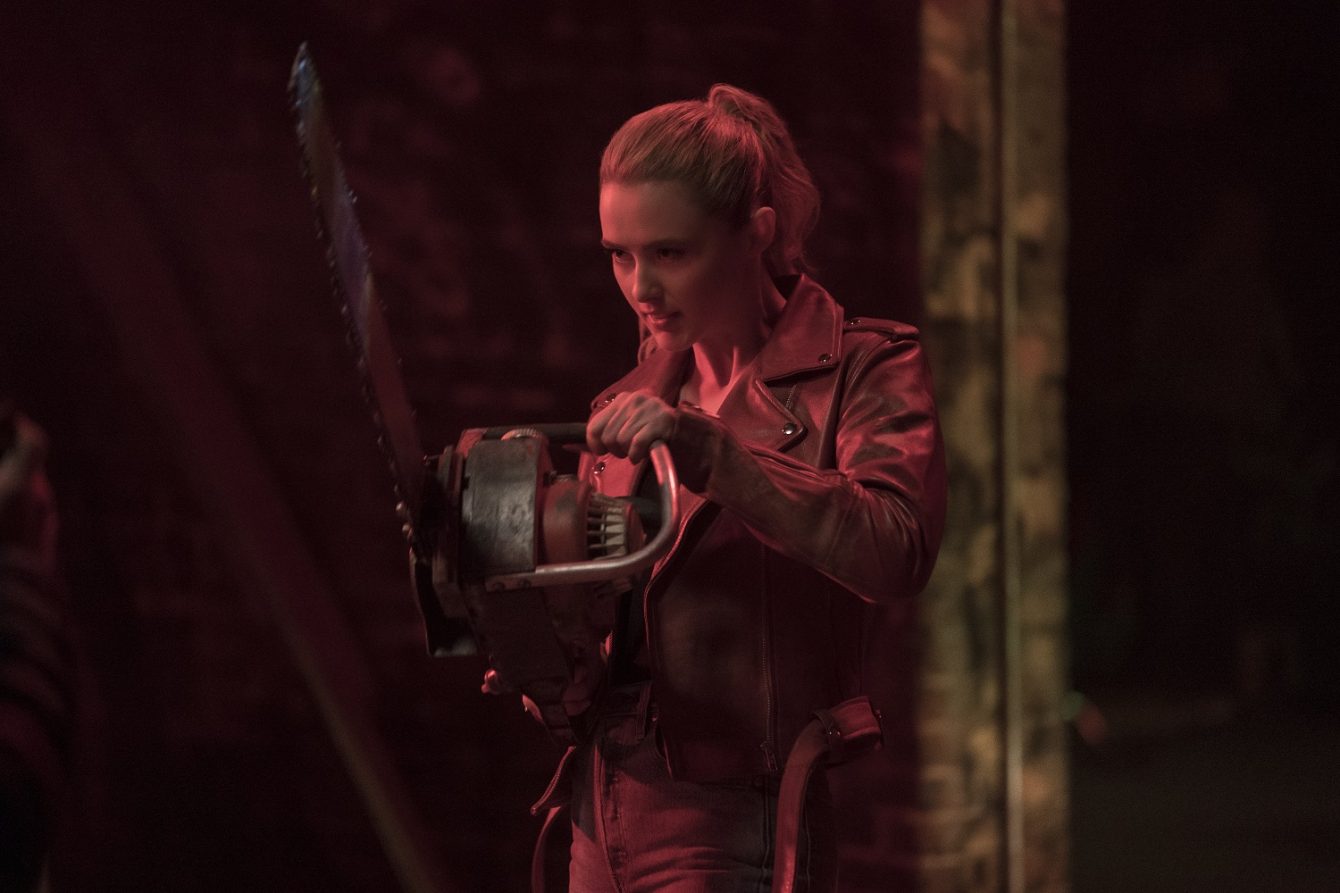 Related: Movie Review: Happy Death Day 2U, Is It Worth Reliving a Day Over Again?

What’s great about Freaky is that it feels like several different genres rolled into one. It’s got the sweet and outrageous gore associated with slasher horror films, the humor of an R-rated high school comedy, and the emotion of a well-crafted drama. Freaky is surprisingly more heartfelt than it lets on. The film does fall victim to itself and sometimes pushes the melodrama into corny territory at times, but it seems to land those poignant moments more often than not.

Misha Osherovich gets a ton of laughs as Millie’s gay friend Josh and Kathryn Newtown does an incredible job of portraying essentially two different versions of the same character, but Vince Vaughn is the self-possessed heart and soul of Freaky. 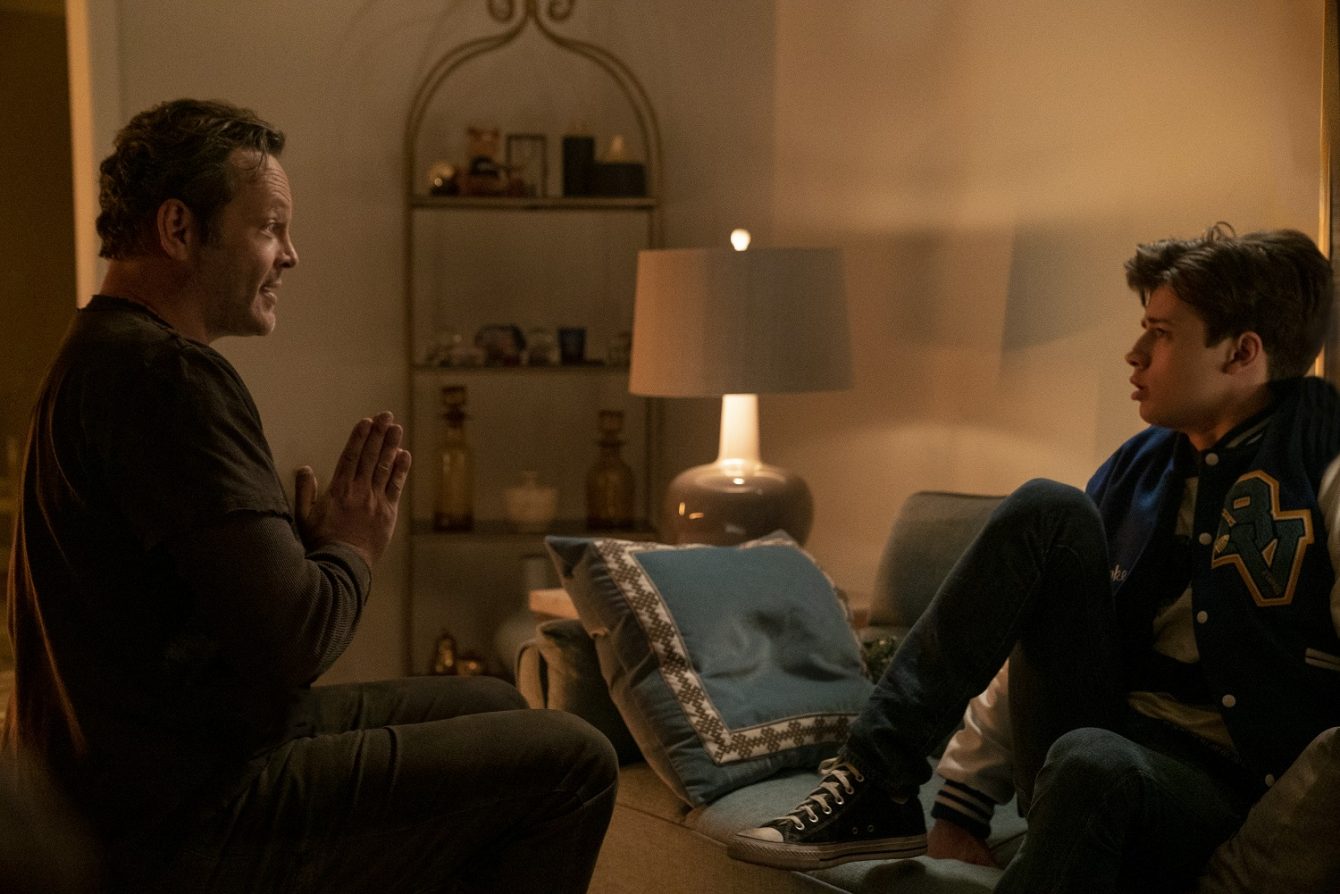 (from left) Millie Kessler in The Butcher’s body (Vince Vaughn) and Booker Strode (Uriah Shelton) in “Freaky,” co-written and directed by Christopher Landon.

Related: Calls for Vince Vaughn To Be “Cancelled” Begin After He Meets With President Donald Trump at College National Championship Game

Brawl in Cell Block 99 saw Vaughn unleash an unbelievable wave of untapped acting potential, and his performance in the 2017 thriller changed audience expectations regarding the actor, particularly in the type of films he’s been considered for. It’s always noteworthy when an actor successfully goes against the typecast he or she is known for.

Vaughn is a solid Jason Voorhees knockoff in Freaky, communicating so much more as the Blissfield Butcher with his horrific body language than with his limited dialogue. However, it is once Vaughn begins to portray himself-as-Millie-trapped-in-his-body that the actor truly shines. It’s reminiscent of Jack Black’s performances in the Jumanji films, but with the accessibility of more adult content at his crimson fingertips. 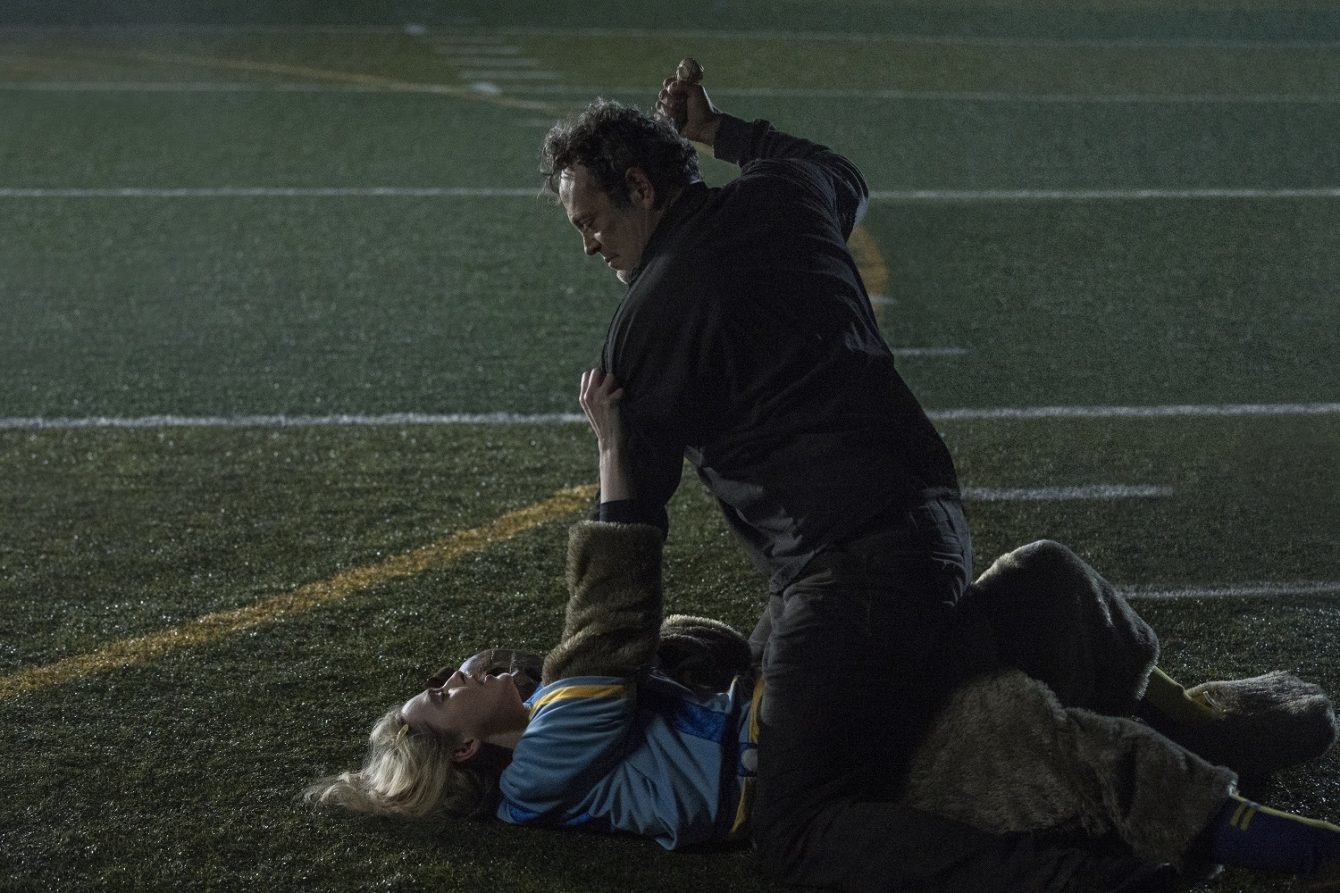 Vince Vaughn and Kathryn Newton as The Butcher and Millie in Freaky.

The layers Vaughn is able to bring to his performance are what makes him so enjoyable in Freaky. There’s an obvious size difference between Millie and the Butcher, which is capitalized upon in the film. Seeing Vaughn run and scream like a girl, look longingly into the eyes of a dreamy high school boy, do a full-length cheerleader routine, and struggle with having to pee standing up, is reminiscent to what some have imagined they would do if found trapped in the body of a member of the opposite sex. There’s an overwhelming sense of clumsiness there and an element of exploration that evolves into mesmerizing humor that you can’t look away from.

While Vince Vaughn’s amusing presence in the film steals the show, the kills in Freaky are also quite creative. The film begins with an awesome wine bottle kill followed almost immediately by a so-simple-it’s brilliant kill involving tennis racket to the head. The highlight of these inventive deaths is seen during shop class, in a scene that involves a certain victim being flayed vertically into two disgustingly gruesome pieces.

The Butcher (Vince Vaughn) gets the best of Millie (Kathryn Newton) in Freaky.

The performances of the entire cast are what save Freaky from being just another Freaky Friday clone. Despite its tired concept, Freaky is able to shake the expectations of the familiar story line and provide bloody, disemboweled hilarity that is a squeamish delight for horror and comedy fans alike. Vince Vaughn’s performance is intimidating, laugh out loud funny, and emotionally relatable, all at the same time. Here’s hoping we get a sequel that is just as hysterical and ingeniously murderous.