A new rumor claims that Jamie Alexander’s Lady Sif will get her own Disney+ show spinning out of the upcoming Loki show.

This new rumor comes after Deadline reported that Jamie Alexander will return to the role of Lady Sif in the upcoming Thor: Love and Thunder film as well as the upcoming Loki film.

Deadline’s Justin Kroll reported, “After missing out on Thor: Ragnarok, Jaimie Alexander is set to make return to Asgard. Sources tell Deadline Alexander will return to the next installment in the Thor series, Thor: Love And Thunder in the role of Sif.”

Kroll would then add, “Sources also add this may not be the only property Sif appears as insiders believe Alexander could also have a guest spot on the Disney+ series Loki.”

Alexander as Sif did not appear in the trailer released to promote the upcoming Loki show.

The rumor comes from scooper Mikey Sutton at Geekosity Mag, who reports, “The officially announced return of Jaimie Alexander as Lady Sif in Loki and Thor: Love and Thunder will be followed by a Disney+ TV series.”

This isn’t the first time Sutton has scooped Alexander’s Sif appearing in a Disney+ series.

Back in December 2019, Sutton scooped that Marvel Studios was developing a Thor spin-off series titled Journey Into Mystery for Disney+.

Sutton went on to detail that the show would feature Lady Sif, the warriors Three, the Enchantress, and Balder the Brave.

“True to the title of the comic book which introduced Thor, Journey Into Mystery will focus on related characters. This will provide Marvel Studios to spotlight Thor family figures such as Lady Sif, the Warriors Three, the Enchantress, and finally Balder the Brave,” he scooped.

Not only that but he also revealed that the show could introduce Beta Ray Bill as well as Hercules. He revealed, “But it’s even bigger than that. They are discussing on having Beta Ray Bill and Hercules (who was introduced in Journey Into Mystery Annual No. 1 in 1965) be the focus of certain story arcs. The tales will take place in past and present.” 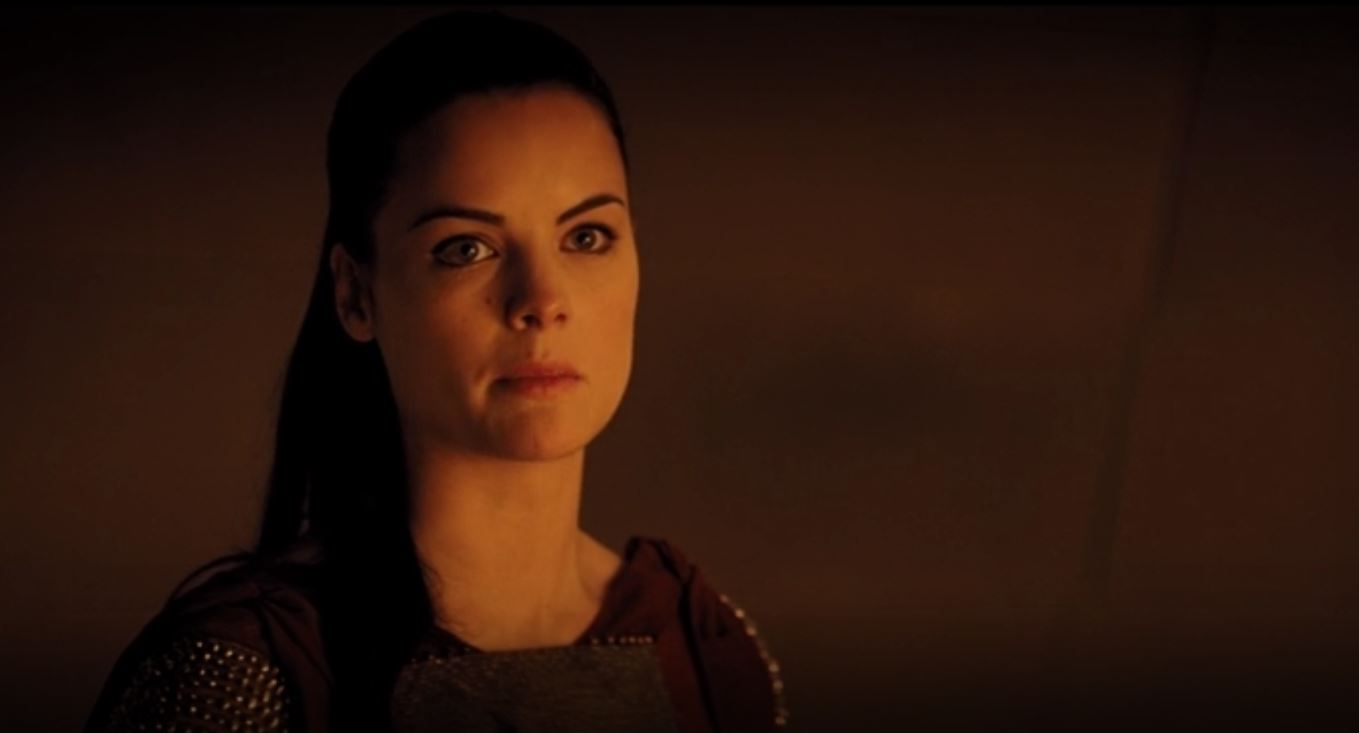 A previous rumor in May 2019 had also claimed that Lady Sif would get her own series on Disney+.

That rumor came from MCU Cosmic, where they claimed the show would focus on Sif’s banishment from Asgard and what the adventures she got into during that time.

Some of those adventures would involve dealing with Enchantress. But she wouldn’t be alone in taking on the powerful Asgardian foe, she would be joined by Beta Ray Bill, the Korbonite hero, whose visage graced the Grandmaster’s coliseum in Thor: Ragnarok.

Alexander did indicate she was interested in returning to the MCU back in August 2019 when she volunteered to be Valkyrie’s queen following comments from Marvel Studios boss Kevin Feige.

Feige in reference to Tessa Thompson’s Valkyrie had stated, “As new king, she needs to find her queen.”

He added, “That will be her first order of business. She has some ideas. Keep you posted.”

Responded to an article speculating on who could be Valkyrie’s next queen by writing on Twitter, “>raises hand<” 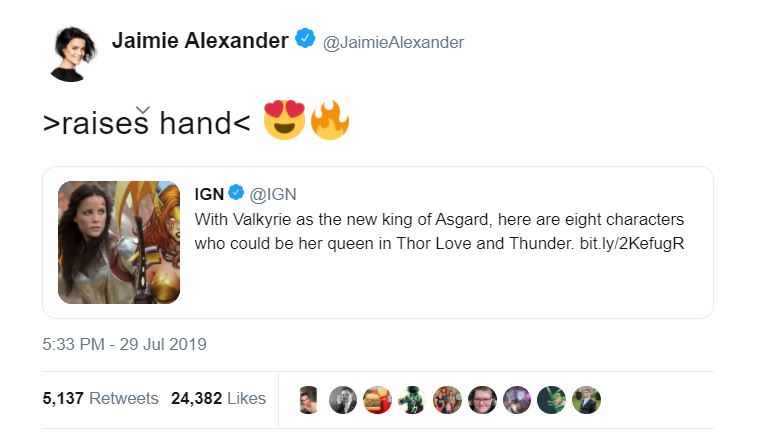 She has since deleted that tweet. Make of that what you will.

Would you be interested in Jamie Alexander’s Lady Sif getting her own Disney+ series?