A new rumor claims that Jon Favreau and Dave Filoni’s The Mandalorian series will eventually lead to an adaptation of Timothy Zahn’s Heir to the Empire novel.

For those unfamiliar with Heir to the Empire, it was the first in Zahn’s Thrawn trilogy and first introduced the cunning, calculating Grand Admiral Thrawn. 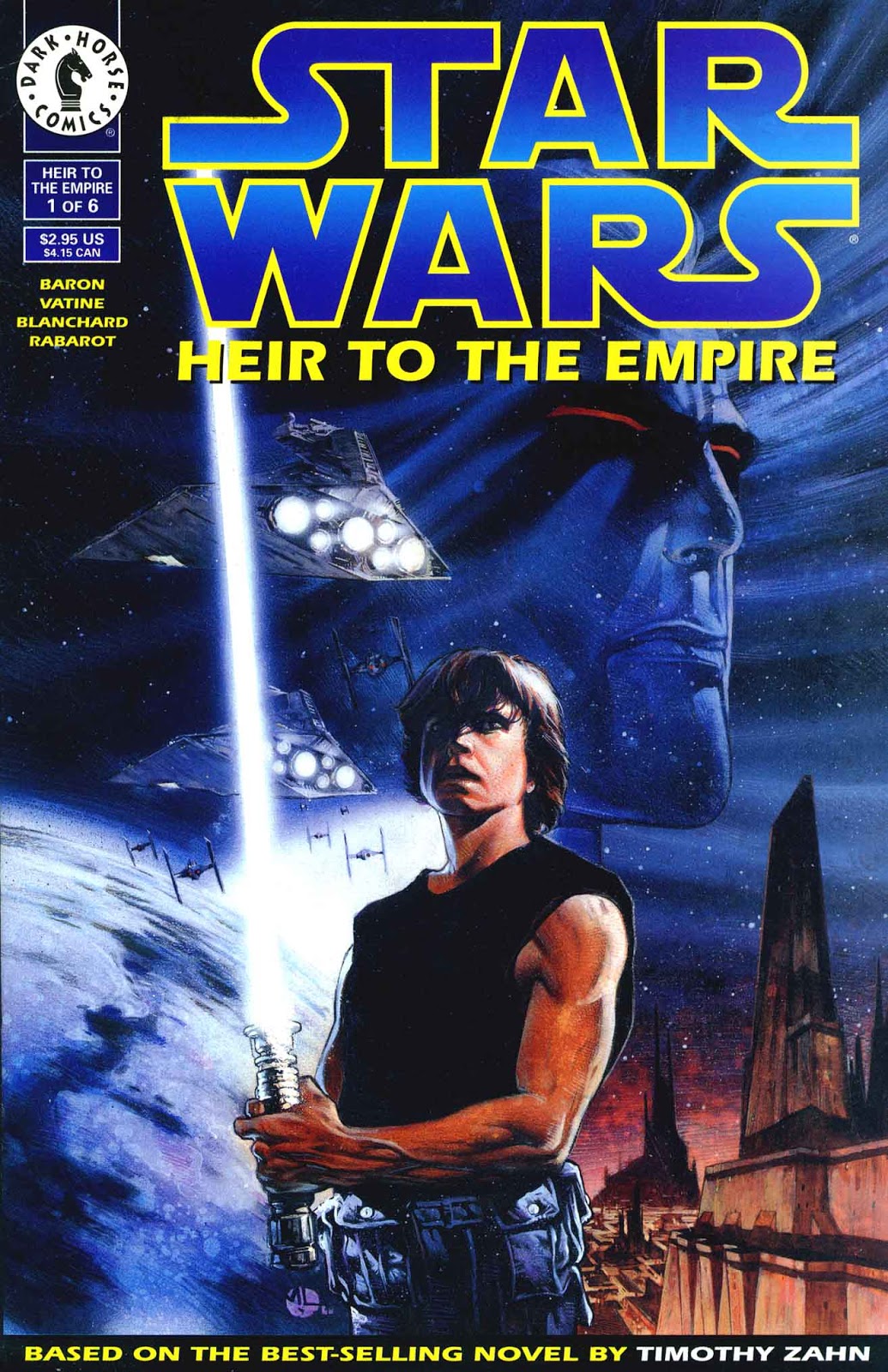 While Thrawn is executing his master plan, Han Solo has married Leia and the two are expecting twins. And Luke Skywalker begins to rebuild the Jedi Order beginning with his sister, Leia. 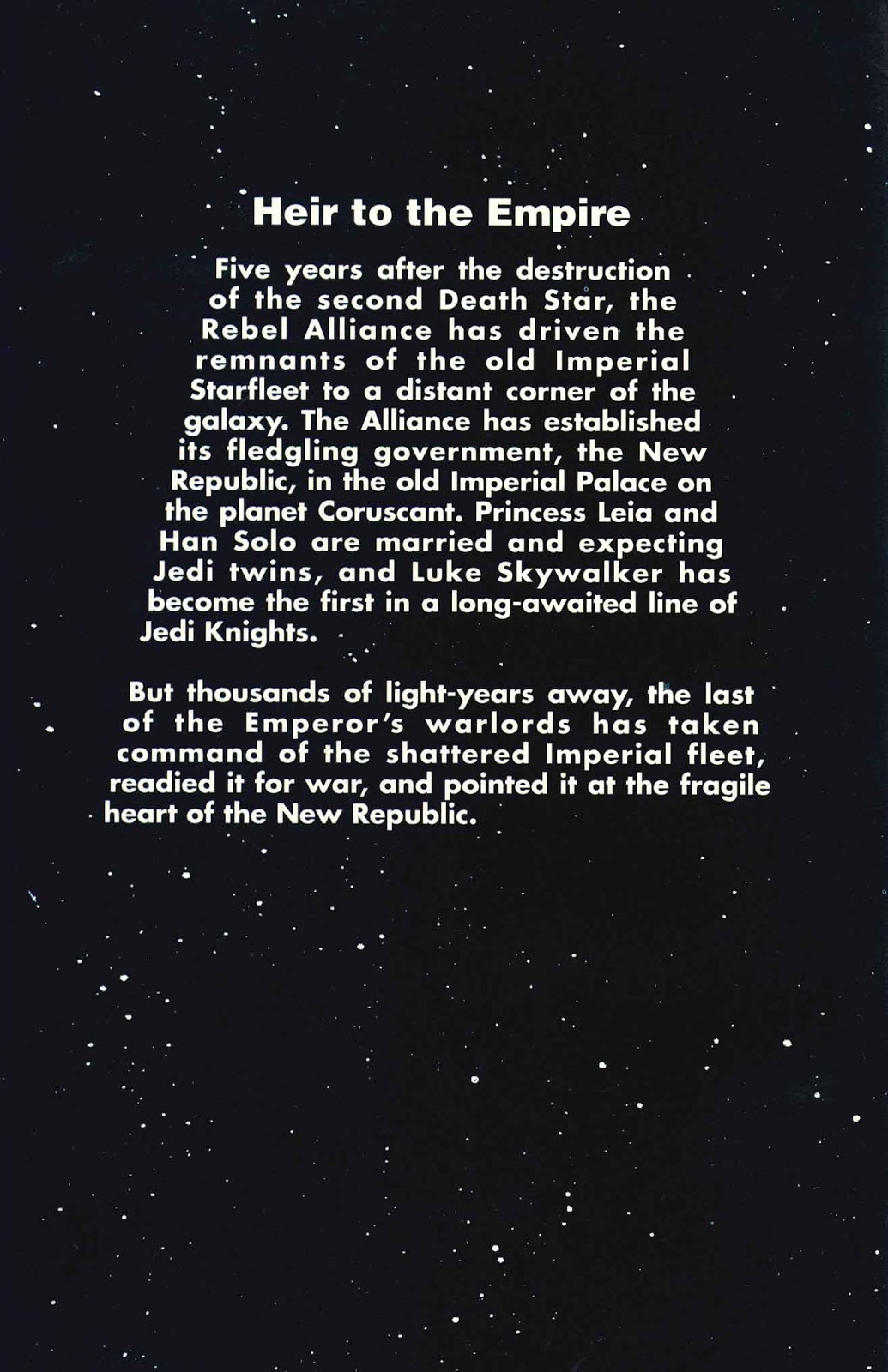 It also introduces the smuggler Talon Karrde and his employee and former Emperor’s Hand Mara Jade. The fearsome alien species the Noghri are also first seen in Heir to the Empire. 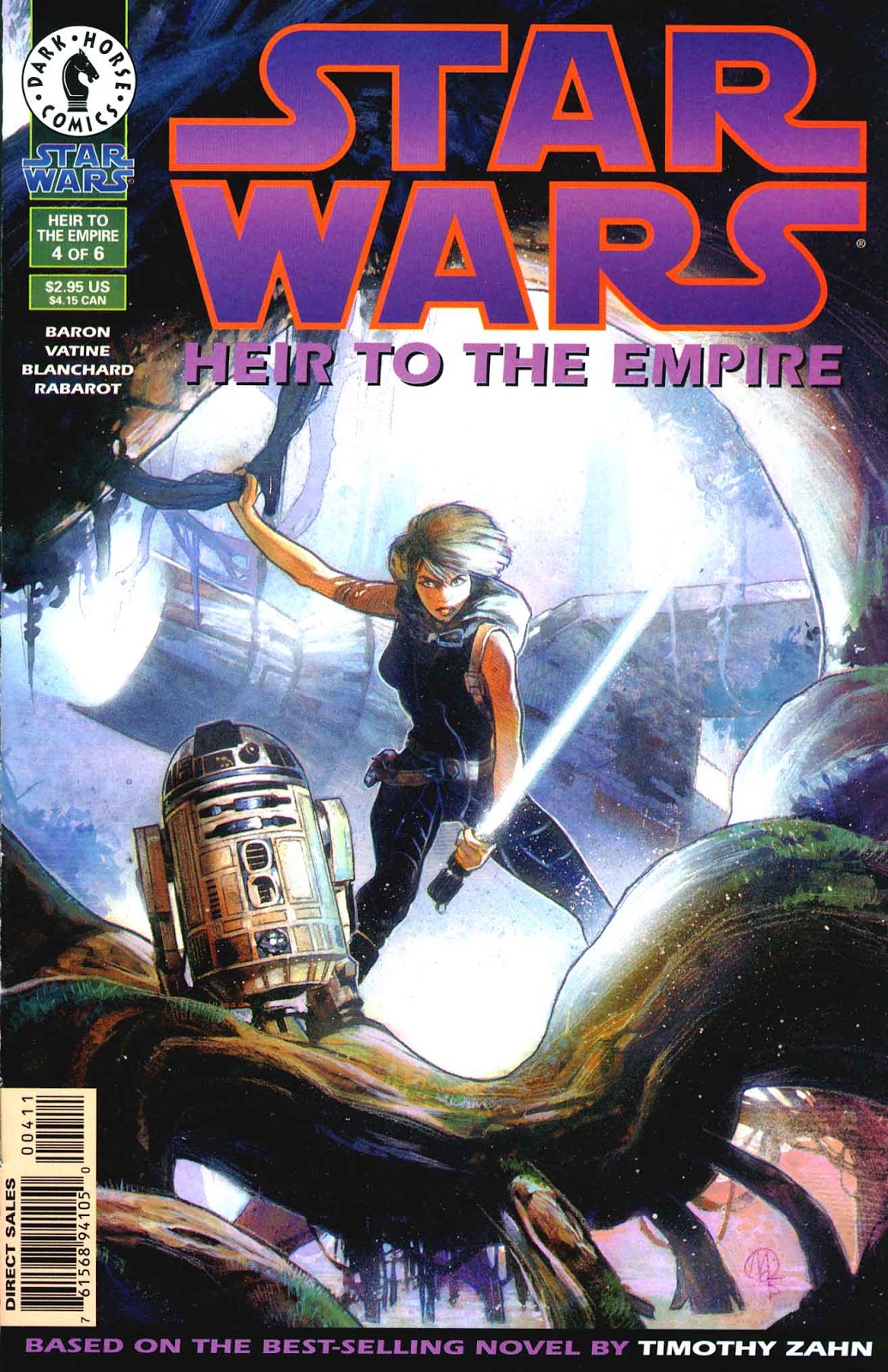 The latest scoop from Mikey Sutton at Geekosity Mag claims Lucasfilm and specifically Jon Favreau and Dave Filoni are working on adapting Heir to the Empire as part of the ongoing The Mandalorian series on Disney+.

Sutton does note that it won’t be a direct adaptation. He explains, “Heir to the Empire won’t be interpreted exactly how it is on the printed page, but it’s shadow will be looming over the show.” 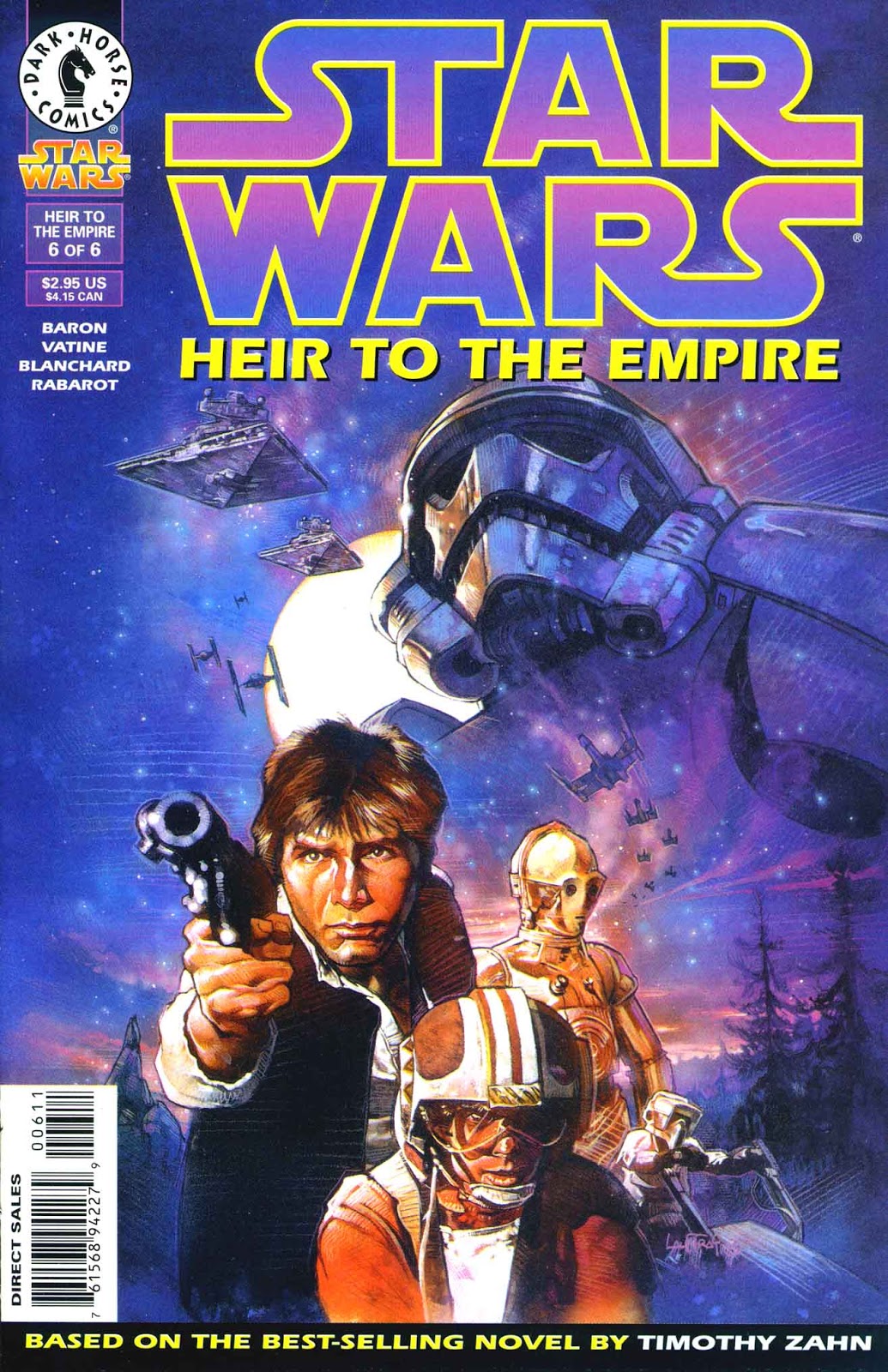 However, he does reveal that a “war between Thrawn and the New Republic is gradually being built up.”

Grand Admiral Thrawn was name-dropped in The Mandalorian Season 2 Chapter 13: The Jedi.

In that episode Ahsoka Tano defeats Magistrate Morgan Elsbeth and asks her, “Where is Grand Admiral Thrawn?”

The show has also made clear there are significant remnants of the Empire that are under the command of Moff Gideon, it’s unclear what his connection if any there is to Grand Admiral Thrawn.

In fact, in The Mandalorian Chapter 15: The Believer Imperial officer Valin Hess boasts that the Empire might be significantly stronger than the New Republic.

He tells Din Djarin and Migs Mayfeld, “We’ve outlasted them, son. They’re eating themselves alive. The New Republic is in complete disarray, and we grow stronger.”

Sutton also relayed that this Heir to the Empire adaptation might eventually become a theatrical film.

He explains, “One insider said he wouldn’t be surprised if the endgame of the Mandalorian putting together his team of galatic, ragtag cosmic Avengers will result in a theatrical film named after Heir to the Empire.” 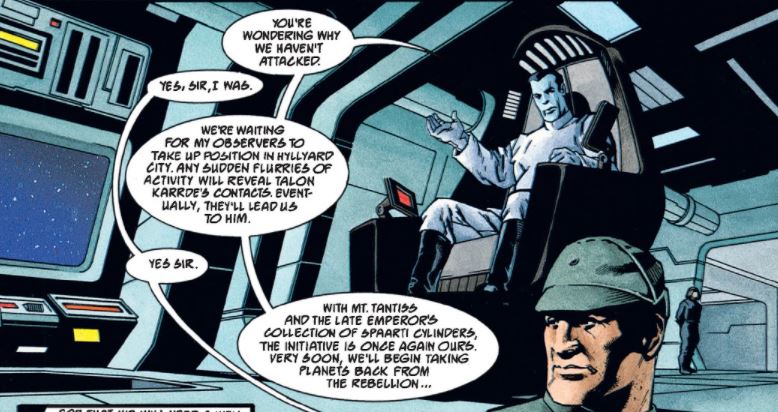 It’s possible this could be an allusion to the climactic event that The Mandalorian and its spin-off shows that include Ahsoka, The Book of Boba Fett, and Rangers of the New Republic will lead up to.

At Disney Investor Day 2020, Lucasfilm president Kathleen Kennedy revealed the shows will be leading up to an event stating, “Set within the timeline of The Mandalorian, these interconnected shows along with future stories will excite new audiences, embrace our most passionate fans, and will culminate in a climactic story event.” 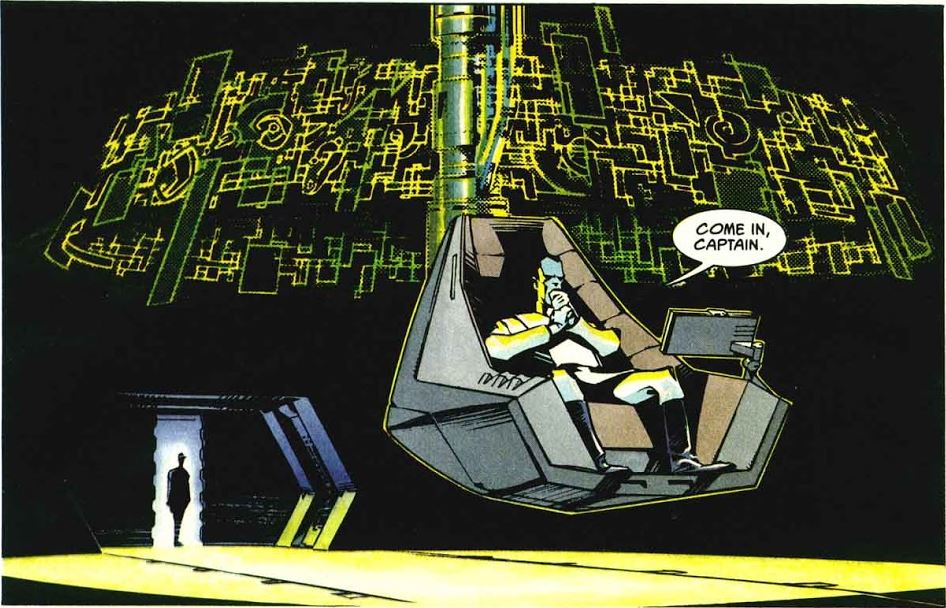 Interestingly enough, Sutton had also previously scooped that a Mandalorian theatrical film was being discussed at Lucasfilm. In that scoop, Sutton detailed that tht big bad of the film would be Grand Admiral Thrawn.

He wrote, “According to a source, the film will include characters introduced on the Rebels animated show and the Big Bad is going to be Grand Admiral Thrawn.” 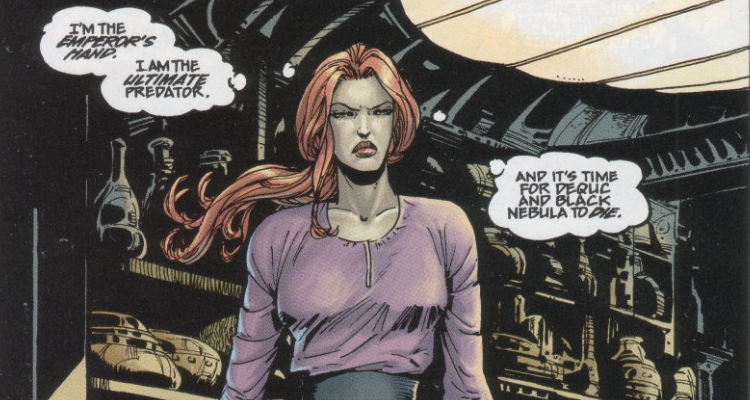 Sutton previously scooped Mara Jade would get adapted into live-action back in September 2019.

At the time he wrote, “I have had this information for over a year now, as about a few hundred in here know already. I’ll have more details in a day or two. But Mara Jade is coming to live-action ‘Star Wars.’ Stay Tuned.”