Japanese cosplayer Enako collaborated with Weekly Shonen Champion to recreate the Wild Kick DVD cover seen in Episode 6 of the first season of the Beastars anime.

The collaboration was done to promote and celebrate the first new chapter of Paru Itagaki’s Beast Complex, a side-story to Beastars.

In Episode 6 of the anime, the Panda Gohin captures Legoshi after he and his friends go to the Black Market.

While captured, Gohin would interrogate Legoshi regarding his relationship with the rabbit Haru. Gohin would discover that he attempted to devour her, but was able to prevent himself from doing so at the last minute.

Gohin would proceed to tell Legoshi to end his relationship with Haru before it’s too late, believing he will eventually succumb to his natural carnivorous instincts and devour her.

However, after Legoshi informs him that he’s never been in a relationship before and he has no idea what love is, Gohin gives him a pornographic DVD titled “Wild Kick Wet Rabbits” and tells him, “Use this and see how it works.” 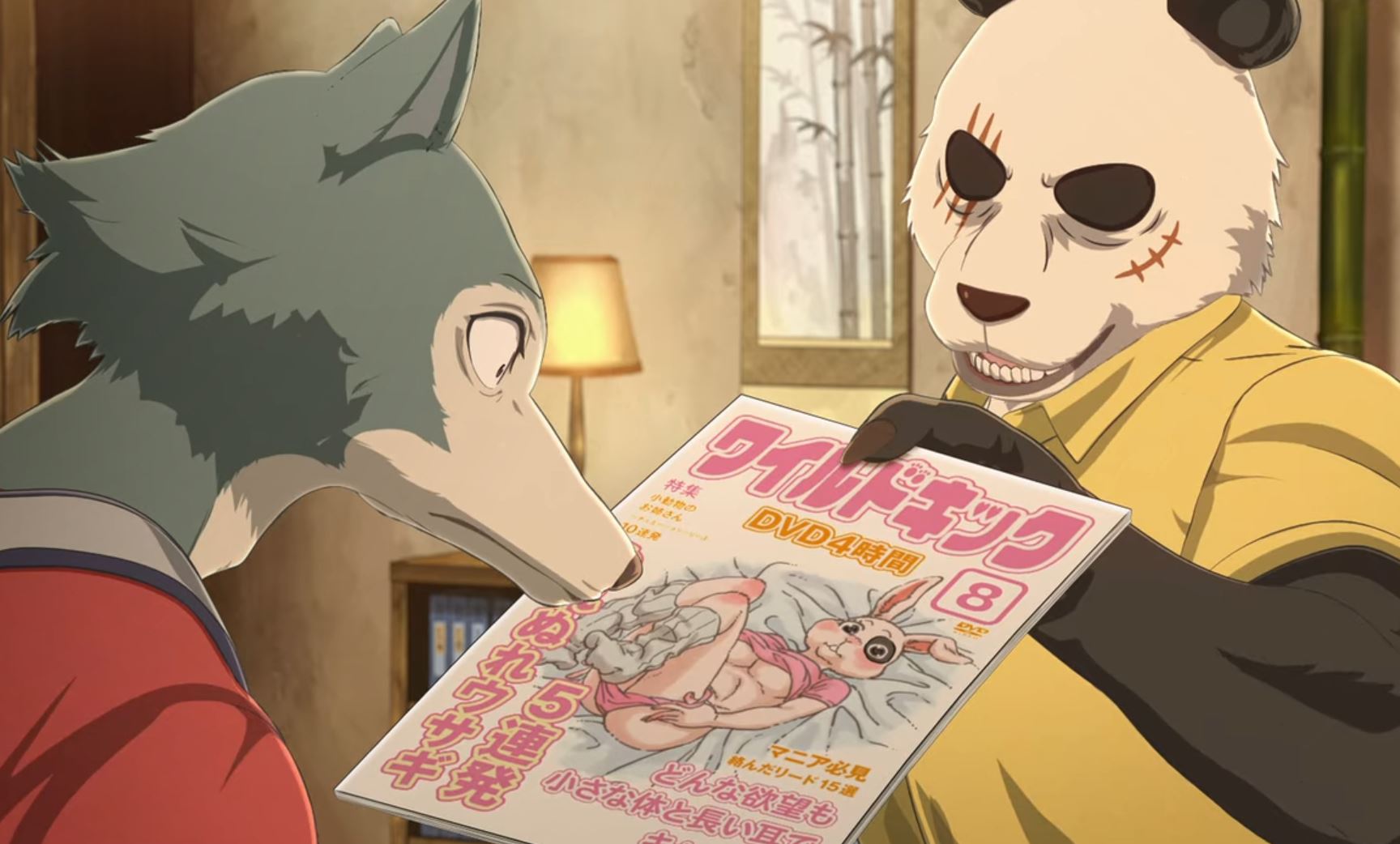 The scene does appear in Chapter 25 of the Beastars manga as well. 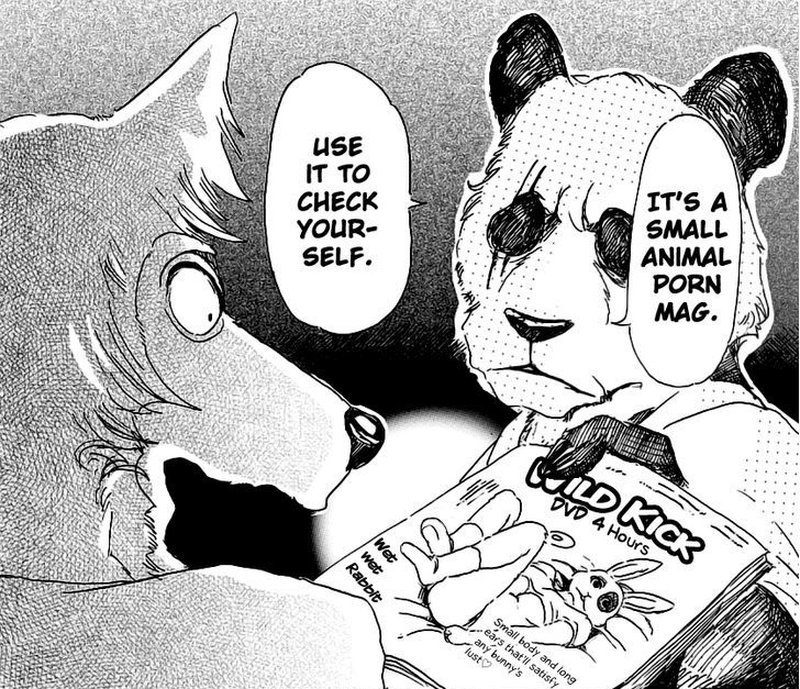 The cosplayer shared the DVD cover recreation as well as the Weekly Shonen Champion cover, which she appears in a cow print bikini accessorized with a leather choker and bell.

As translated via Google, she stated, “We decorated the cover of Weekly Shonen Champion released today.”

“This time is a collaboration gravure with my favorite Beastars.  I want to do that scene that appears in the film! I was impressed when I asked…” 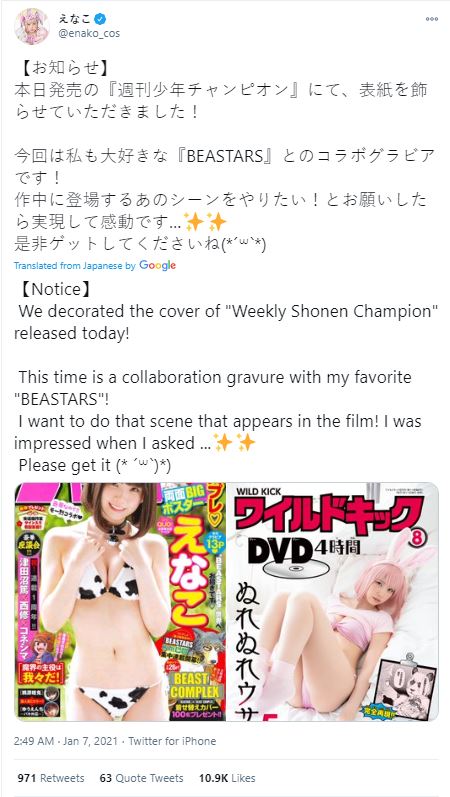 Here’s a better look at the cosplay. 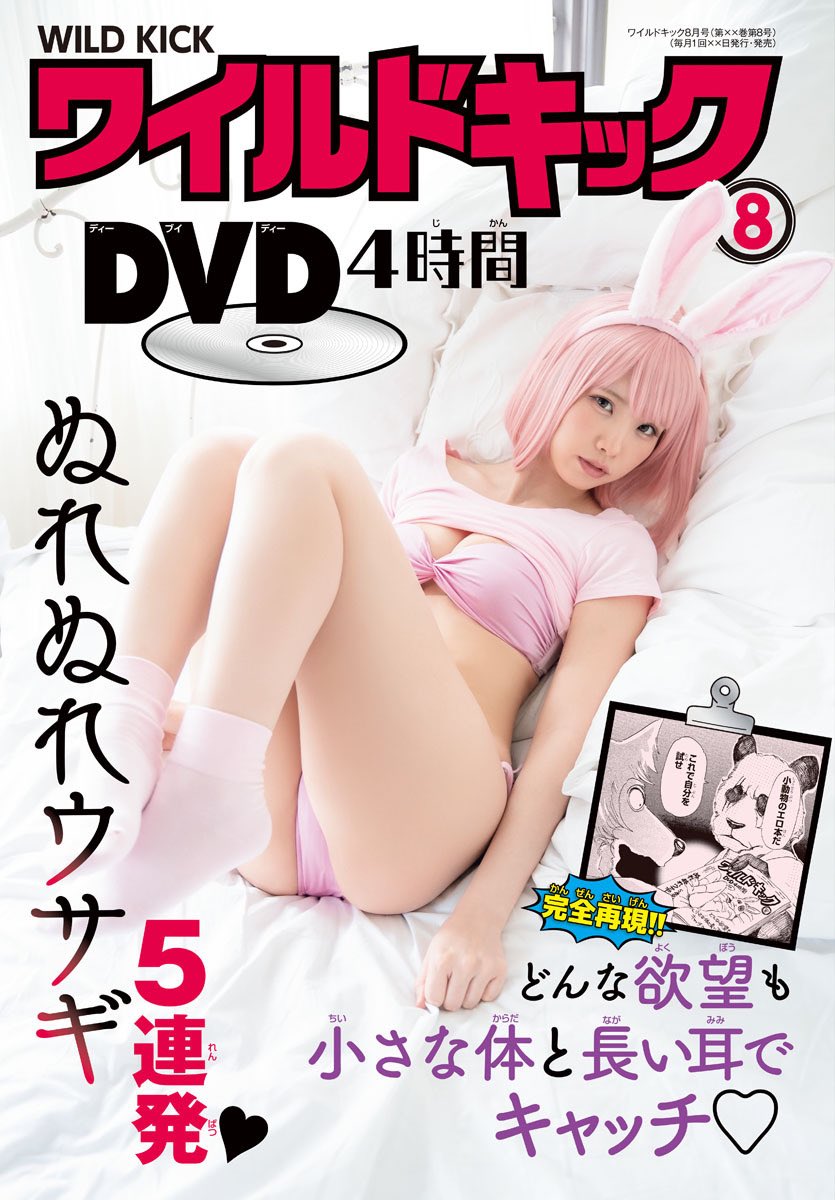 And here’s a good look at the cover for Shonen Weekly Champion. 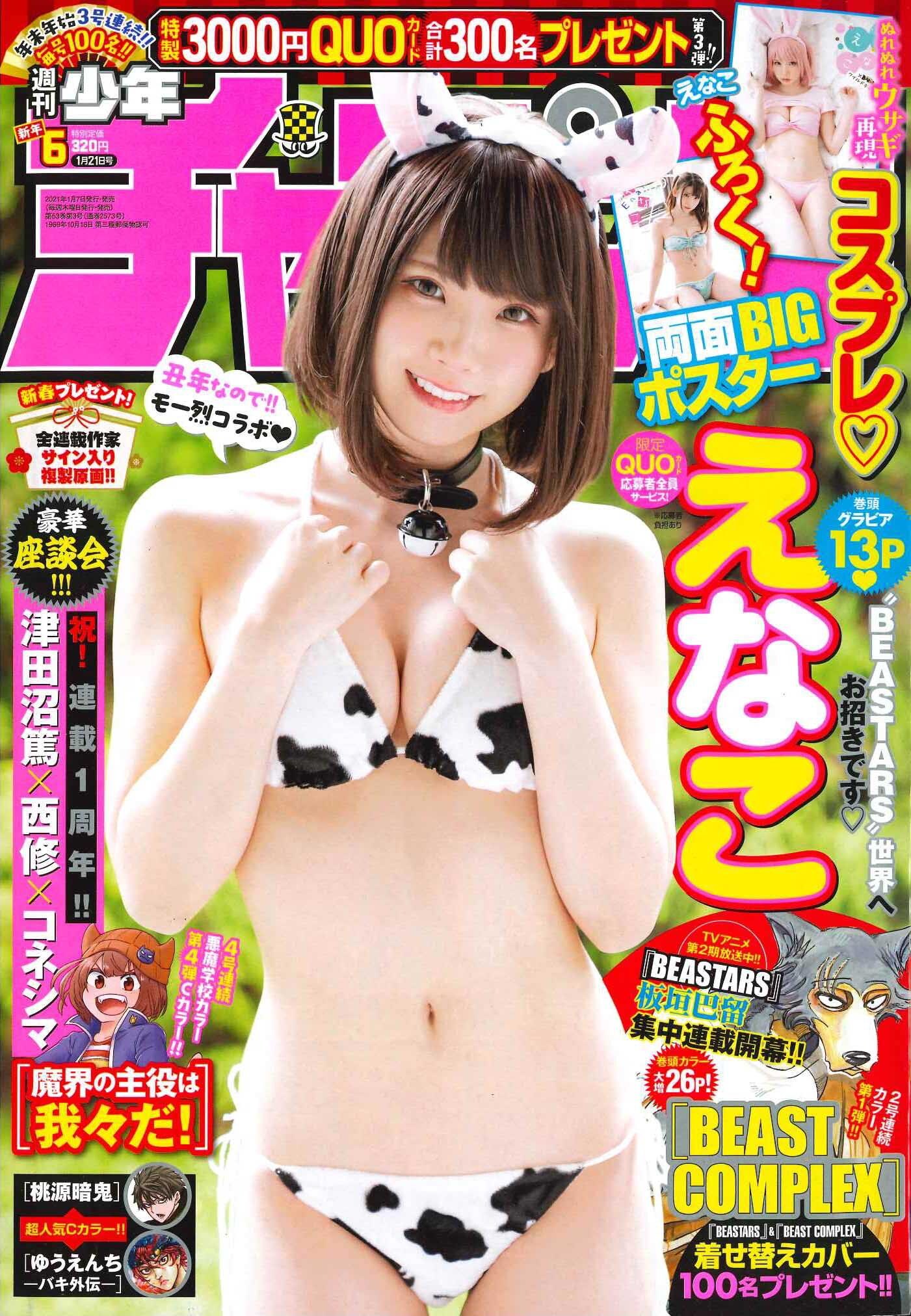 What do you make of Enako’s recreation of the Beastars DVD cover?