A post to the official Marvel website declares, “The first-ever X-Men election is here! Starting tomorrow until February 2, fans can vote at Marvel.com/xmenvote to determine the final member of the first X-Men team of the Krakoan era – and one of the most iconic teams in the Marvel Universe.” 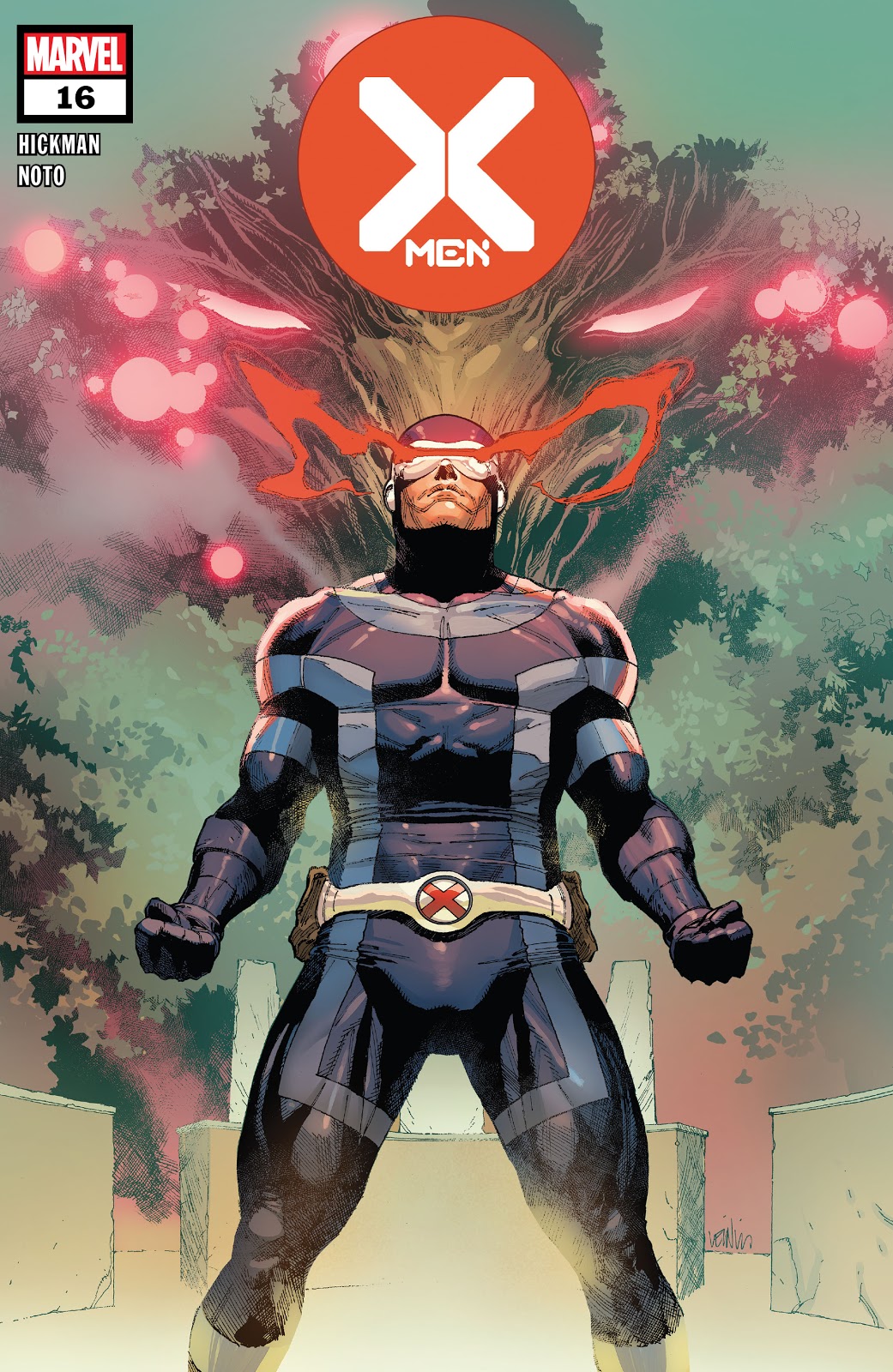 The announcement comes after Jean Grey and Cyclops revealed in X-Men #16 they would let the people decide who would be on the new X-Men team.

Jean states, “If the X-Men are for the people, then we figured it would be best to leave the decision up to them. So…”

Cyclops then chimes in, “We’re going to let the people vote.” 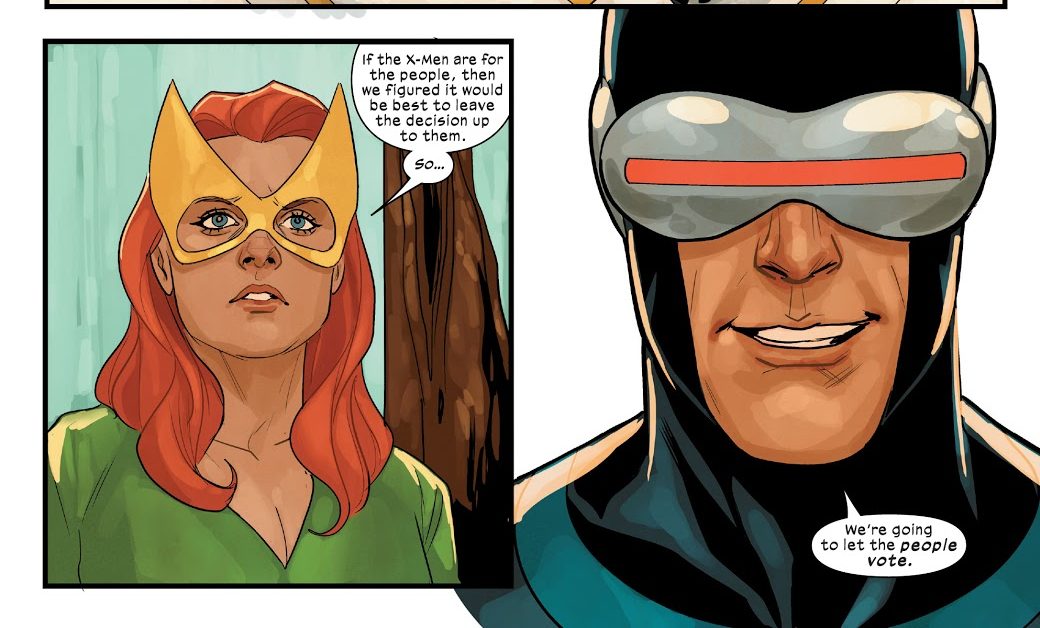 Before their announcement that they would let the people vote to choose who would be on the next X-Men team, the two declined seats on the Quiet Council offered to them by both Magneto and Charles Xavier.

Jean explained their priority was to the X-Men and that “the people of our nation need to feel like someone is acting on their behalf. Not deciding what’s best for them — not deciding what is and is not in their best interest — but someone who fights for them. And that’s us.”

X-Men #16 concludes by stating, “The X-Men are the heroes of Krakoa. For the people, made up of the mutants of our great nation. In the coming days, we will announce the dates of our annual X-Men election and will be accepting nominations for representatives. This will be followed by a formal vote and then an unveiling of your team at the first Hellfire Gala.”

Members of the Quiet Council are not eligible to be part of the X-Men.

In X-Men #17, Marvel would reveal the candidates that are participating in the X-Men election. However, it won’t be for the entire team, but just for the final member of the team.

As noted above, the issue explains that you can vote for your selection on Marvel.com/XMenVote. 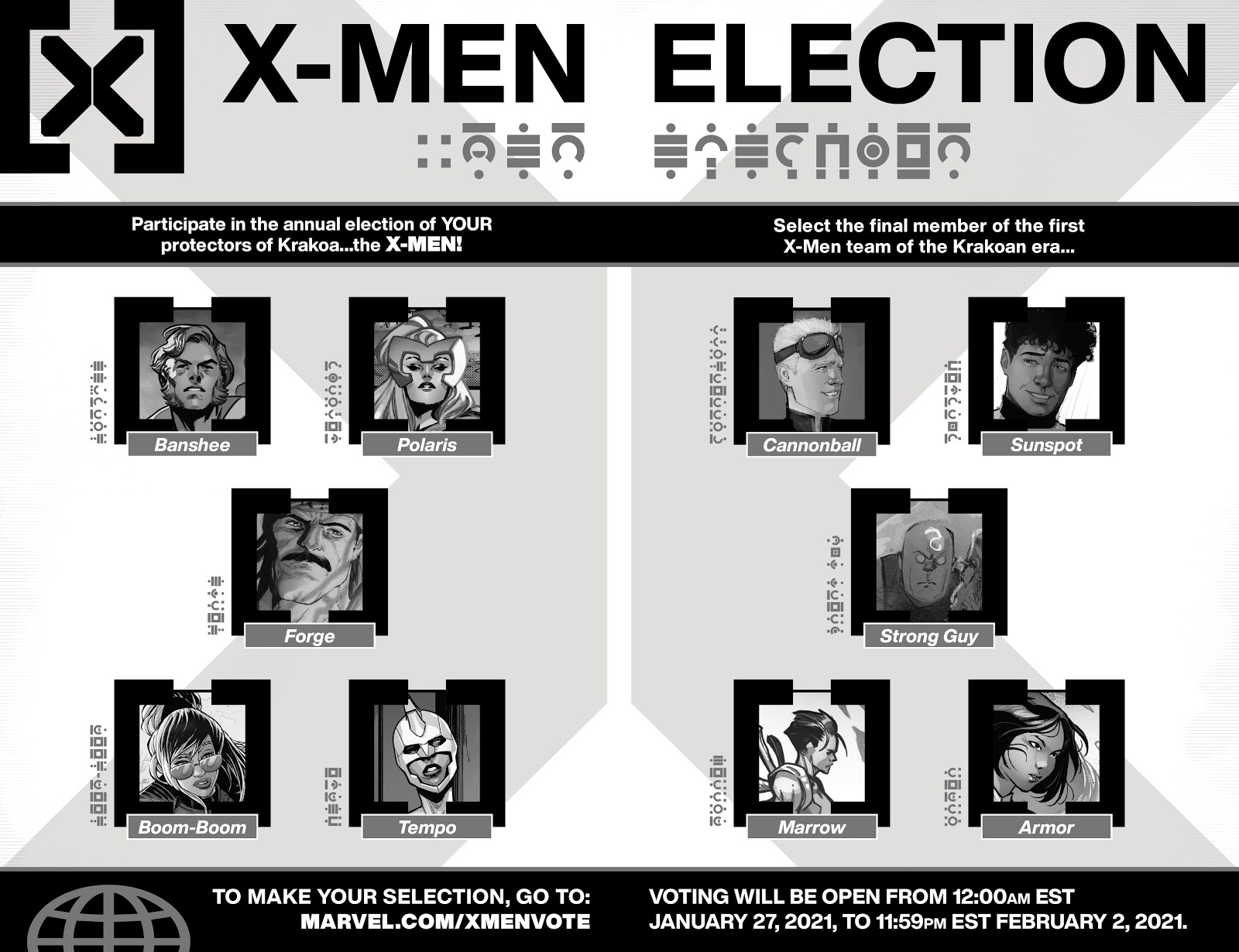 Marvel claims you can only vote once and that the results will be revealed at the Hellfire Gala which will take place in Marvel Comics sometime in June.

On top of being able to choose the final member of this new X-Men team, Marvel revealed that Marvel Insiders “will also  be eligible to enter into the Marvel Insider Drawn into X-Men Hellfire Gala Sweepstakes** starting February 3 until February 14 for a chance to attend the Hellfire Gala itself by being drawn into a Marvel comic book!”

Who do you plan on voting for?