Gilroy launched his hateful attack on Twitter. And notably he does not provide any evidence for his assertions.

He wrote, “People said she was a lousy actor, but I disagree — she played a courageous rebel who fought tyranny for those who couldn’t… but in her heart she was a racist, transphobic, jackbooted thug — who embraced hate. That’s acting.”

Gilroy, who is currently working on Netflix’s Magic: The Gathering TV series, concluded with the following hashtags, “#ByeSpaceKaren #ThisIsTheWay #TheMandalorian.” 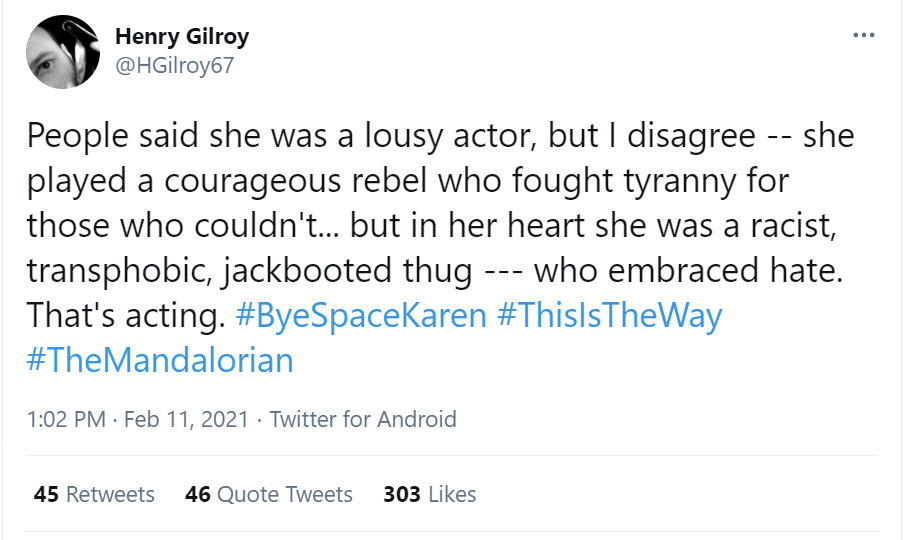 Ironically, Carano was fired for warning about the hate people like Henry Gilroy spread.

She posted to her Instagram Stories a screenshot from warriorpriestgympodcast.

The post reads, “Jews were beaten in the streets, not by Nazi soldiers but by their neighbors… even by children.”

It then features a quote that states, “Because history is edited, most people today don’t realize that to get to the point where Nazi soldiers could easily round up thousands of Jews, the government first made their own neighbors hate them simply for being Jews. How is that any different from hating someone for their political views?”

Gilroy was not the only Star Wars Rebels alum to go after Gina Carano.

Freddie Prinze Jr., who has repeatedly attacked Star Wars fans in the past, posted a gif of a woman slapping another woman that reads, “Girl Bye.”

While Prinze Jr. doesn’t reference Carano at all, it seems pretty clear its in reference to Lucasfilm firing her. 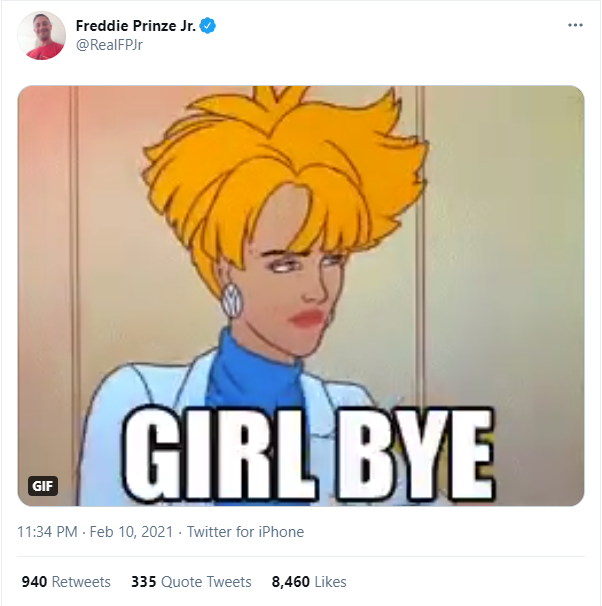 On Jeff Dye’s Friendship Podcast, the voice actor, who plays Kanaan Jarrus in Star Wars Rebels, stated, “I did a Star Wars cartoon, so even I get hate from Star Wars fans when I’m like ‘Look dog, you’re just mad the franchise isn’t aging with you.’ But that ain’t how it works. The first one was for f—-ing kids. The second three, were for different f—ing kids, and this one is for kids. You’re just pissed off that Han Solo gave the f—ing Millenium Falcon to a girl. That’s it.”

The actor would be roundly scrutinized for those comments.

YouTuber Odin’s Movie Blog described Prinze Jr.’s comments as “some of the dumbest comments of any Hollywood actor that I’ve heard in a very, very long time.”

He wrote on Twitter, “Y’all make response videos just long enough to get monetized on YouTube then wanna debate credibility and respect like you’re a ‘real one.’ When all your doing is trying to make money off’a someone and something else. To quote Ed Lover, ‘Come on, son.'” 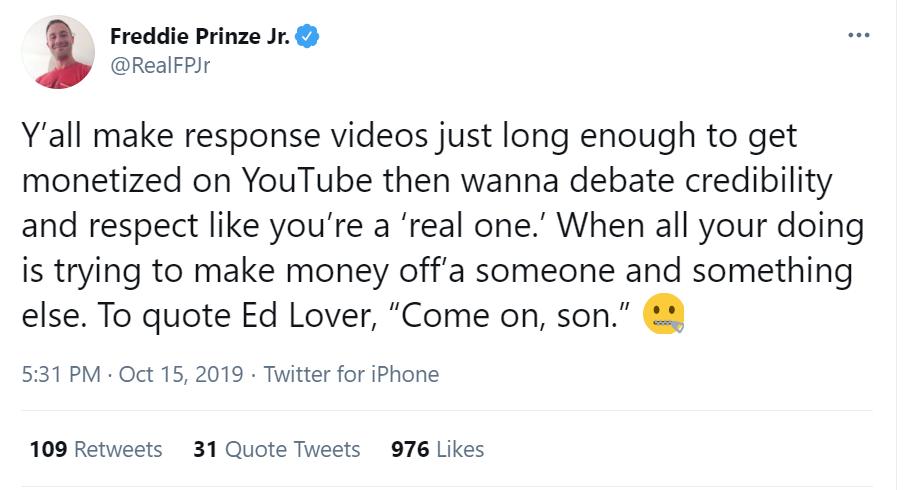 What do you make of Gilroy’s comments? Do you think it is representative of the rot inside Disney and Lucasfilm?