Warner Bros. released a brand new “restricted” trailer for their upcoming Mortal Kombat film from director Simon McQuoid based off a screenplay written by Greg Russo and Dave Callaham and the Mortal Kombat: Rebirth story created by Oren Uziel and Russo.

The official description for the film begins, “n “Mortal Kombat,” MMA fighter Cole Young, accustomed to taking a beating for money, is unaware of his heritage—or why Outworld’s Emperor Shang Tsung has sent his best warrior, Sub-Zero, an otherworldly Cryomancer, to hunt Cole down.”

“Fearing for his family’s safety, Cole goes in search of Sonya Blade at the direction of Jax, a Special Forces Major who bears the same strange dragon marking Cole was born with,” it continues. 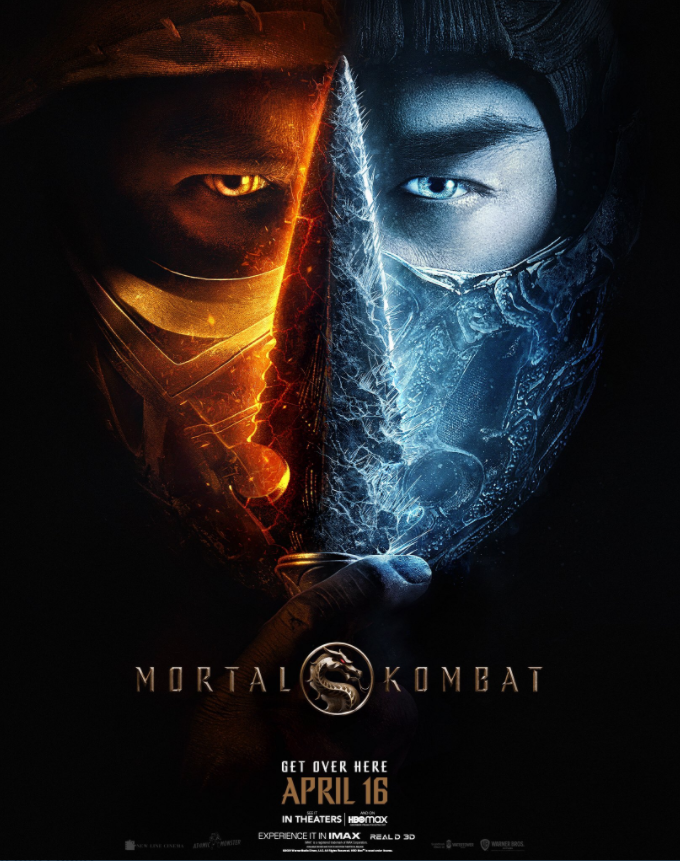 It adds, “Soon, he finds himself at the temple of Lord Raiden, an Elder God and the protector of Earthrealm, who grants sanctuary to those who bear the mark. Here, Cole trains with experienced warriors Liu Kang, Kung Lao and rogue mercenary Kano, as he prepares to stand with Earth’s greatest champions against the enemies of Outworld in a high stakes battle for the universe.”

The description concludes, “But will Cole be pushed hard enough to unlock his arcana—the immense power from within his soul—in time to save not only his family, but to stop Outworld once and for all?” 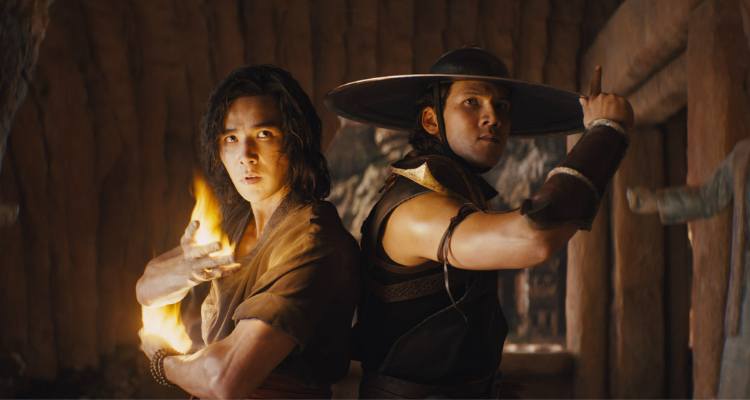 The trailer debut comes shortly after the studio released a new image of Scorpion to Entertainment Weekly.

You can see that image in the tweet below. 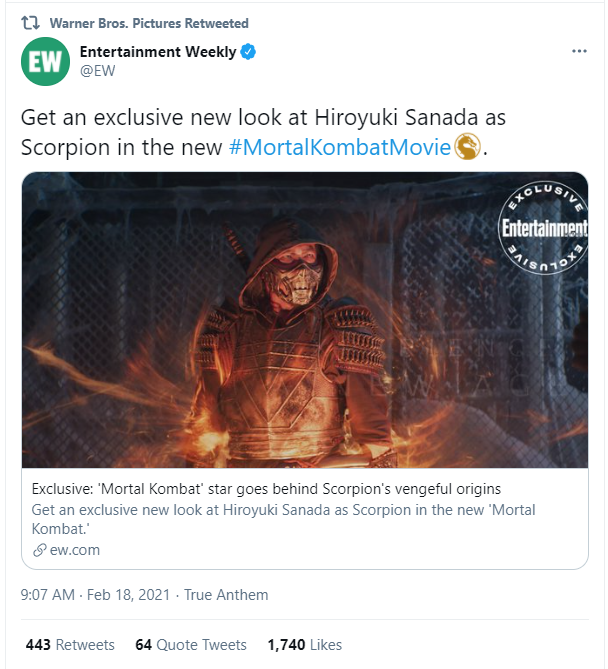 In EW’s write-up, they revealed more details about the film, “The opening sequence goes back to feudal Japan where Hanzo is set upon by Bi-Han (Joe Taslim) in what is the latest move between two warring clans. It’s at that moment Hanzo crafts his signature weapon: he takes the kunai blade his wife uses to tend the garden, fashions it to the tip of a whip, and unleashes hell.”

They would later add, “It won’t be centuries later in the timeline of the film, in the present day, until Hanzo re-emerges, this time with supernatural powers as the fully realized Scorpion from the games — and with him comes another varied fighting style to the character we first meet in the film’s opening minutes.”

Mortal Kombat will release on in theaters and on HBO Max on April 16th.