Intiraymi took to Twitter where he wrote, “Throughout my jr high & high school years we referred to our friend Morty as the Bean. Half of his heritage was Mexican.”

He continued, “We all though it was hilarious, but it wasn’t & I can’t imagine it made him feel good. ”

“This is an example of systematic racism in small towns across the USA,” Intiraymi concluded. 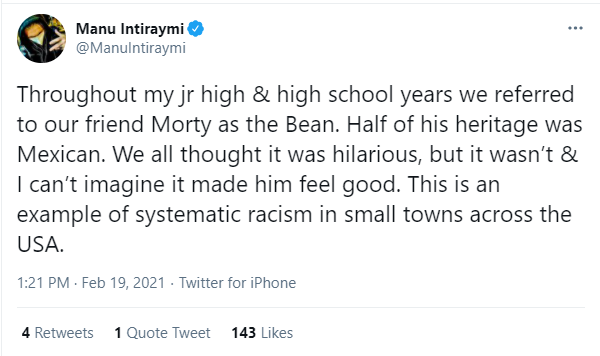 Intiraymi has previously called the American flag as representing “racism” to him.

In June 2020 he wrote on Twitter, “I sit 4 the Anthem & I stand 4 #BlackLivesMatter This land of the free has become a giant hypocrisy. We’re dumbed down slaves working 4 the elite.”

He then added, “The #American flag stands 4 powers that B & it doesn’t mean a whole 2 me, but imperialism, prison system, racism & bad history.” 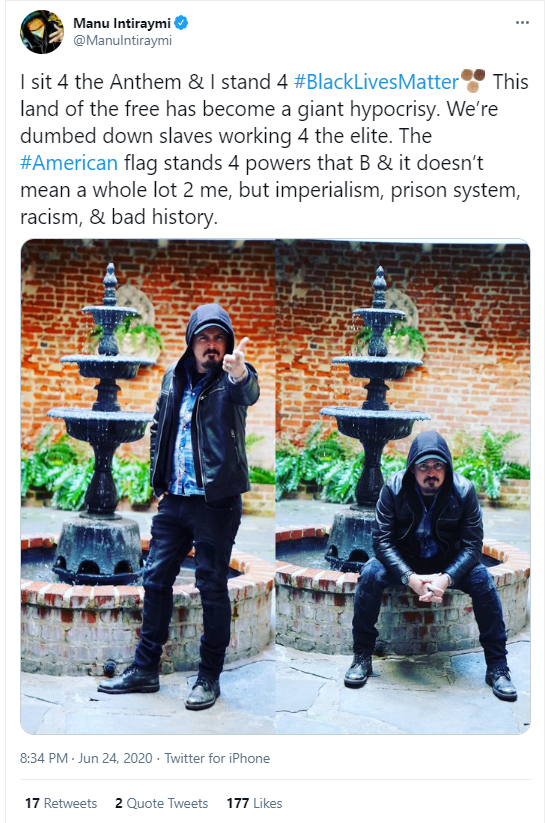 In fact, in December 2017, Intirayami claimed he’s never stood for the National Anthem.

He wrote, “I’ve never stood 4 the national anthem. The NFL spinning players not standing as ‘Un-American’ is ridiculous. It’s about Racism in The Police. It’s about Black lives. It’s nothing to do with National Pride or Patriotism. It’s about young black boys being murdered. It’s about love.” 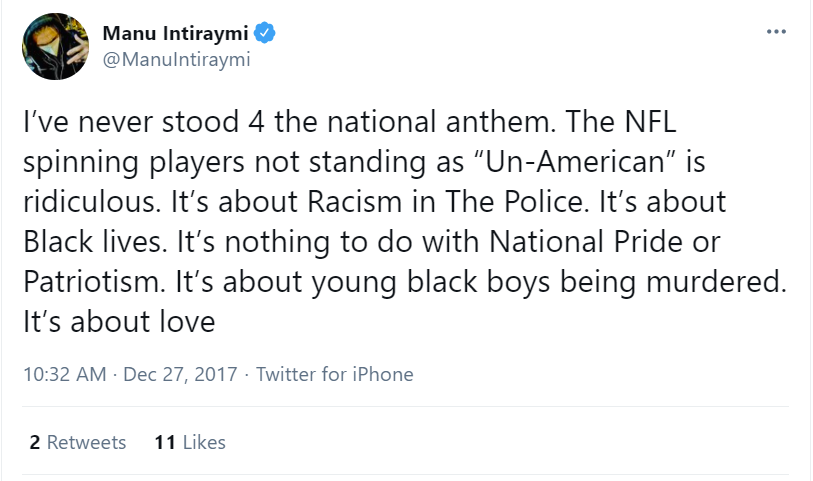 Intiraymi would also comment on racism in response to a George Lopez joke about the two rules of Latino families.

George Lopez says one of the rules of a Latino household is not to marry anyone Black. He is confirming the Anti-Black Racism that Mexicans/Latinos practice then he proceeds to kick a Black Woman out of his show while calling her a bitch. #NoAntiBlackRacism pic.twitter.com/sGbs4lbSSl

Intiraymi responded, “Lighten up on comedians. Sure, Lopez makes a joke about Latino racism.”

He continued, “Granted. If we cant joke about it then we cant have a discussion about it either. We can’t ban racism, its not a thing U can outlaw.”

“We have 2B allowed 2 make fun of our cultures, without being labeled racist,” he concluded. 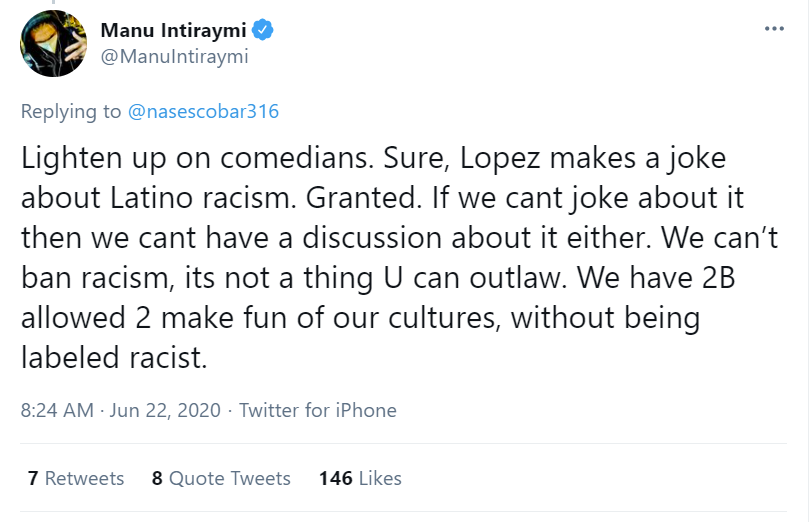 Intiraymi wrote on Twitter, “I’ve been Albino Kid, and if I was in his shoes at 14 and Spacey was 26 I would have hooked up. I’m just being real. Hate me if you chose 2.”

He would later apologize to Rapp on Twitter writing, “Hi Anthony Rapp, I tweeted sumthin the other day whn I heard about U & Spacey & it was harsh. Sorry man. I’m no 1 2 comment as I wasn’t there.”

What do you make of Intirayami’s admission that he participated in systemic racism?