The CW’s latest entry into the Arrowverse, Superman & Lois, premiered with strong viewership numbers as well as audience scores. 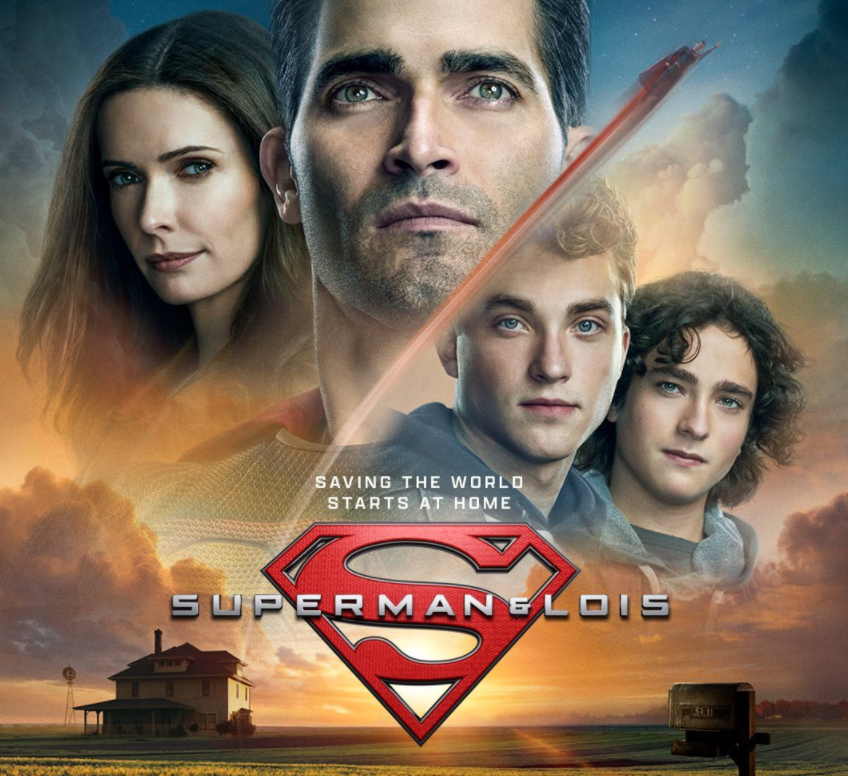 TVLine claims this is the largest audience for The CW in the network’s Tuesday time slot since The Flash Season 5, over two years ago. 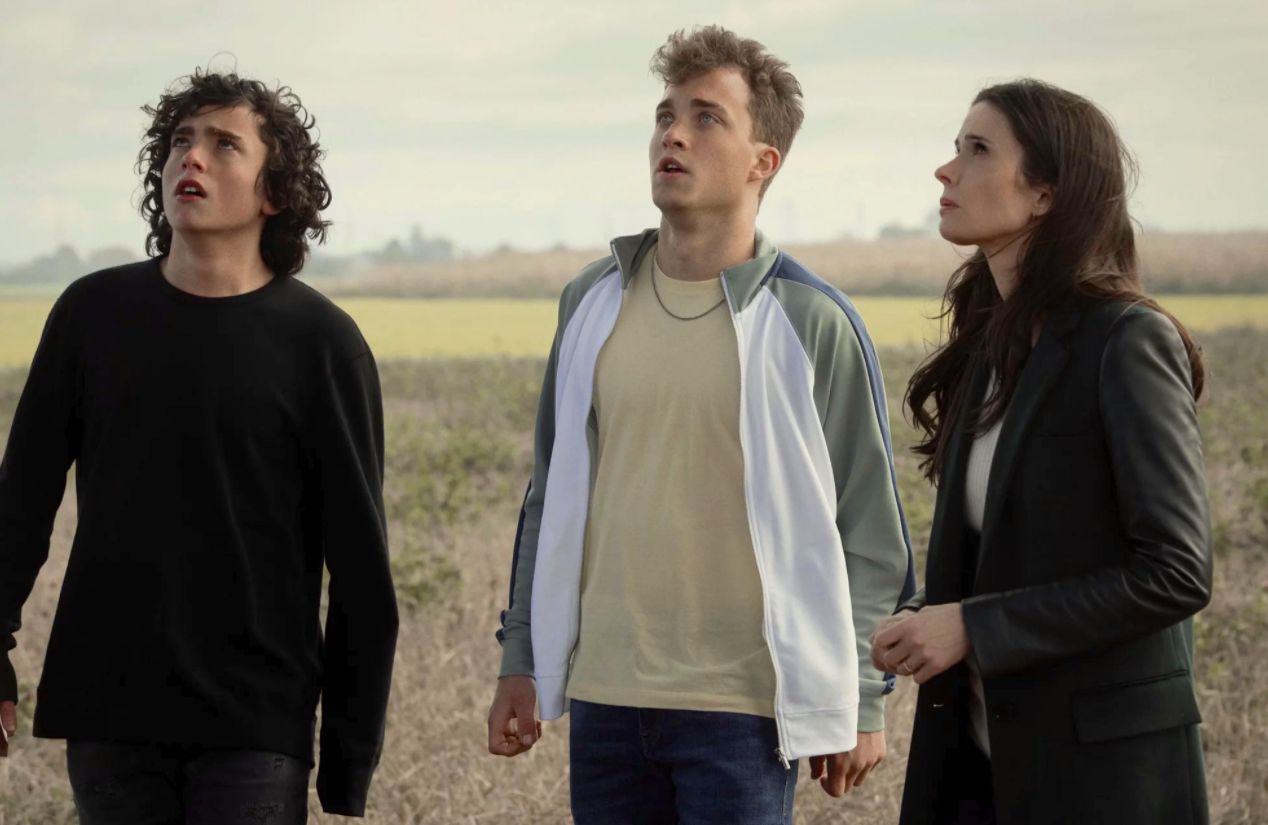 While it only has the premiere episode to go off of, it is also the second most viewed show based on average audience per episode. The only show ahead of it is Walker that has an average audience of 1.962 million after five episodes. 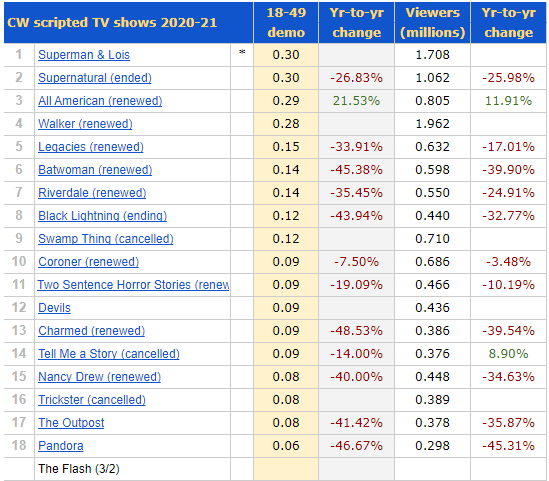 While the numbers are definitely good for The CW in 2021, they do not look so good compared to other season premieres of Arrowverse shows.

Supergirl Season 2, which was the first season the show was on The CW after it originally ran on CBS for Season 1, had a 1.09 rating in the 18-49 demographic and was viewed by 3.063 million people. 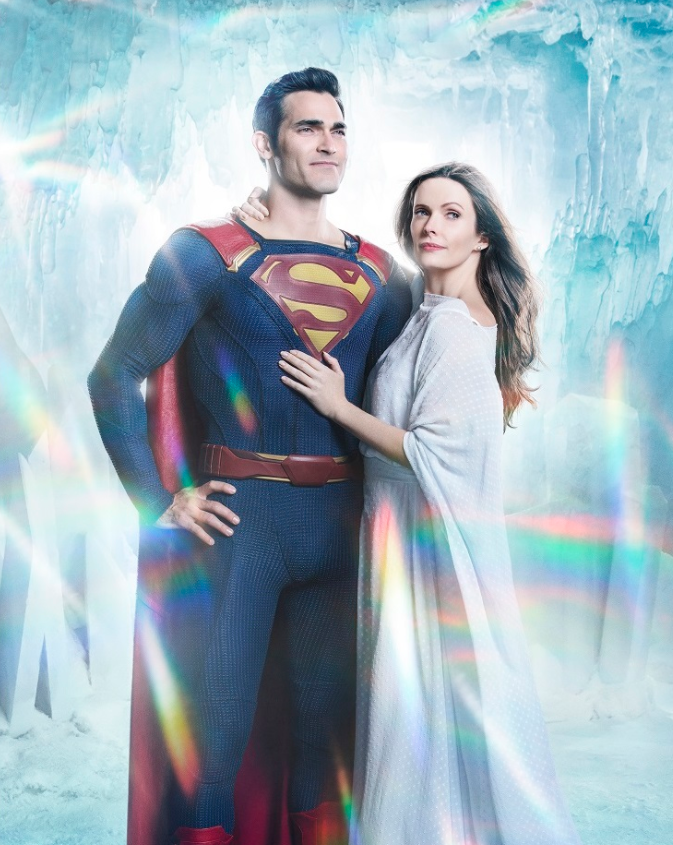 Black Lightning Season 1 premiere had a .77 rating in the 18-49 demographic and was viewed by 2.305 million people.

DC’s Legends of Tomorrow had 1.23 rating and was viewed by 3.214 million people.

Finally, Batwoman had a .47 rating and was viewed by 1.860 million people.

While the premiere ratings for Superman & Lois are much lower than other premieres in the Arrowverse, TV Line claims that 93% of their readers claim to “stay tuned when it lands in its regular Tuesdays-at-9 slot next week.”

And audiences at large seem to have enjoyed the premiere as well.

On Rotten Tomatoes it has an 83% Average Audience Score.

IMDB has a similar score with a weighted average of 8.1 out of 10. 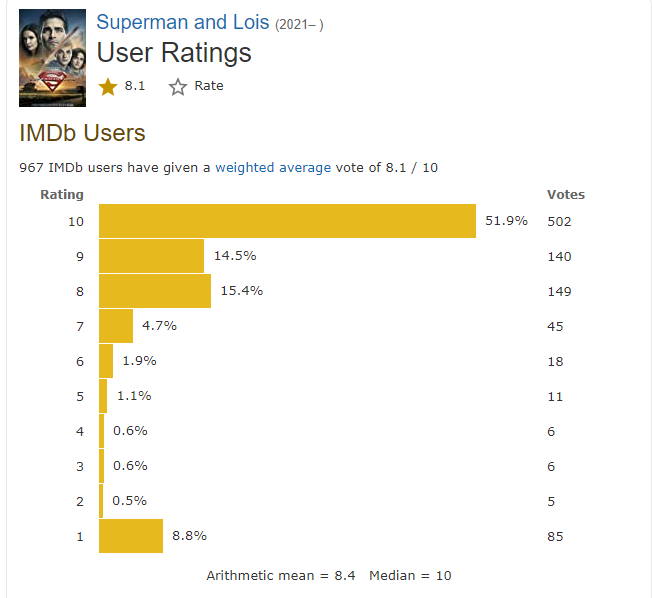 YouTuber Mr. H Reviews reacted to the season premiere stating, “I’m gobsmacked. It’s actually really good. I know. I’m shocked. I’m as surprised as you probably are, a show that is good from The CW.”

He added, “I actually mean by good by a lot of metrics. I’m baffled. Like it was really decent. I had a great time with it. I want to watch this week on week out now. It was so good.”

You can watch the rest of his review below.

What do you make of these ratings and audience scores? What did you think of Superman & Lois?