Artist and Twitter user Batmankm has been publishing a series of posters encouraging people to mask up and get vaccinated. However, a pair of posters featuring Superman and his dog Krypto send the complete opposite message of what he’s been trying to do with the posters.

He shared the posters to Twitter writing, “Post #20 and #21 of my Heroes Vaccinate Campaign. Superman and his loyal pup Krypto. Please get vaccinated when its available and keep up with masks/social distancing folks. LETS DO THIS!!! Please share/re-post.” 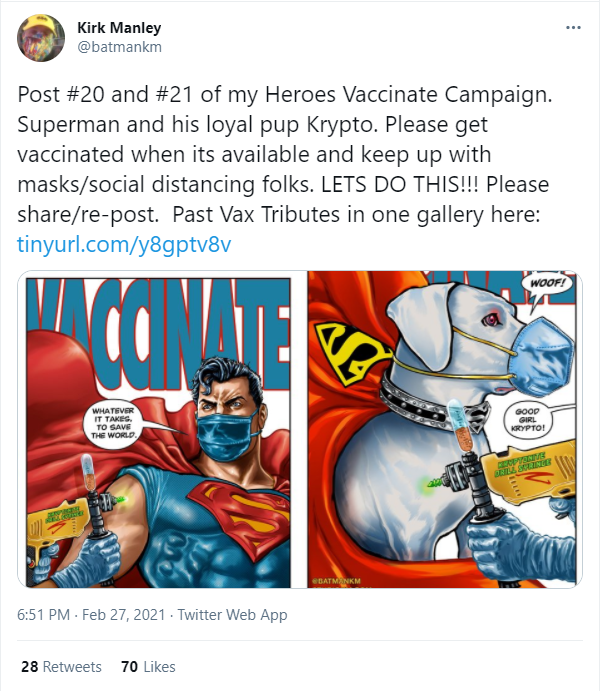 If you look at the Krypto poster carefully, he’s referred to as a girl. Krypto is a male dog. That’s obviously a forgivable mistake and wouldn’t warrant a position on The Daily Stupid.

However, what does warrant a spot is that both Krypto and Superman are receiving Kryptonite vaccines. The gun used for the vaccine says, “Kryptonite Drill Syringe.”

If you know anything about Superman, you know his weakness and that of other Kryptonians is Kryptonite. In fact in Superman #22, Superman actually kills Quex-ul, Zaora, and Zod with a small piece of Kyrptonite. Albeit these Kryptonians are from an alternate Earth. 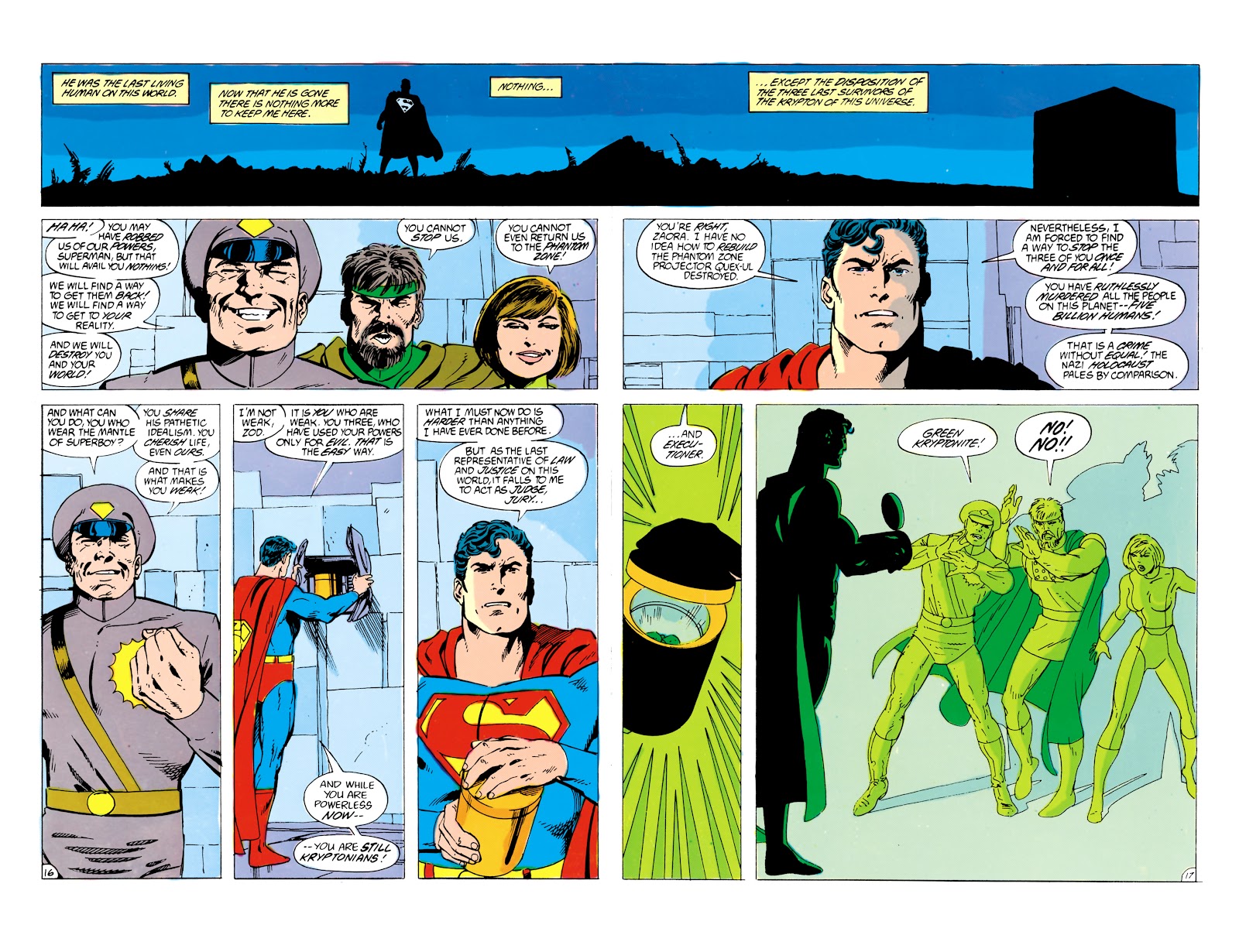 As for what would happen if Superman was injected with Kryptonite, well that played out in Justice League Dark: Apokolips War.

After being defeated by Darkseid, Superman is injected with Kryptonite that makes him utterly weak. In fact, even Constantine is able to punch him. Something that would not be possible if he had not been injected by the Kryptonite.

Superman getting a Kryptonite vaccine would actually cause severe repercussions for him. He would not get it and he most definitely wouldn’t allow Krypto to get it either. It’s completely idiotic!

Amazon updated its app icon after comparisons were made that it resembled Adolf Hitler.

Back on January 26th, Not The Bee reported on the new app icon and claimed, “I mean it’s a smiling mouth with a Hitler stache above it. Look at it.” 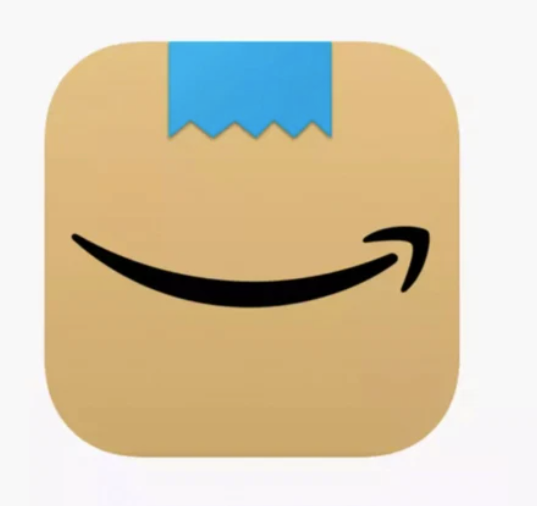 A couple of days later and The New York Post and writer Yaron Steinbuch reports, “Amazon has changed its new smartphone app logo after critics said the earlier incarnation was a dead ringer for Adolf Hitler.”

The new logo now features a blue piece of tape with its corner flipped up. 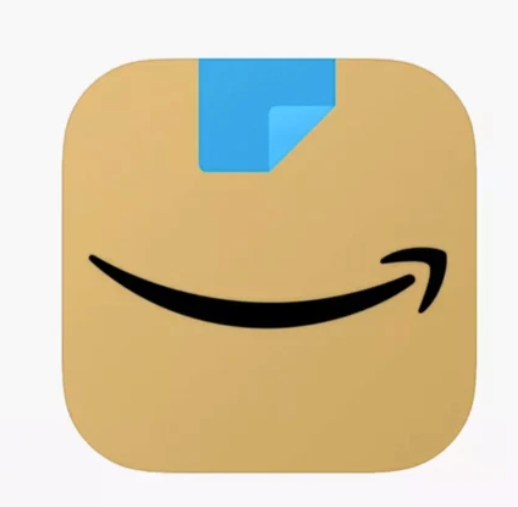 Not everything is Hitler, sometimes it’s just a piece of packing type. This isn’t even stupid. This is insanity.

As first reported by Center on Wealth & Poverty at Discovery Institute Director Christopher F. Rufo and subsequently covered by The Daily Wire, The Arizona Department of Education claims that newborns can be racist as early as three months old.

Rufo reports, “The Arizona Department of Education has created an ‘equity’ toolkit claiming that babies show the first signs of racism at three months old and that white children ‘remain strongly biased in favor of whiteness’ by age five.’ 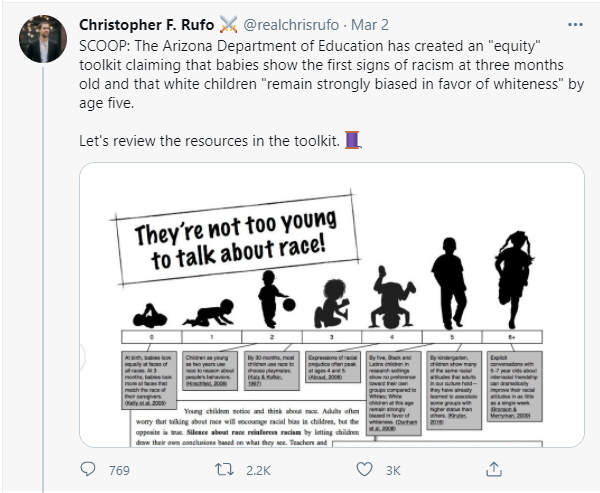 He shared a screenshot from the toolkit. It reads, “At birth, babies look equally at faces of all races. At 3 months, babies look more at faces that match the race of their caregivers.”

It also says, “Silence about race reinforces racism by letting children draw their own conclusions based on what they see.” 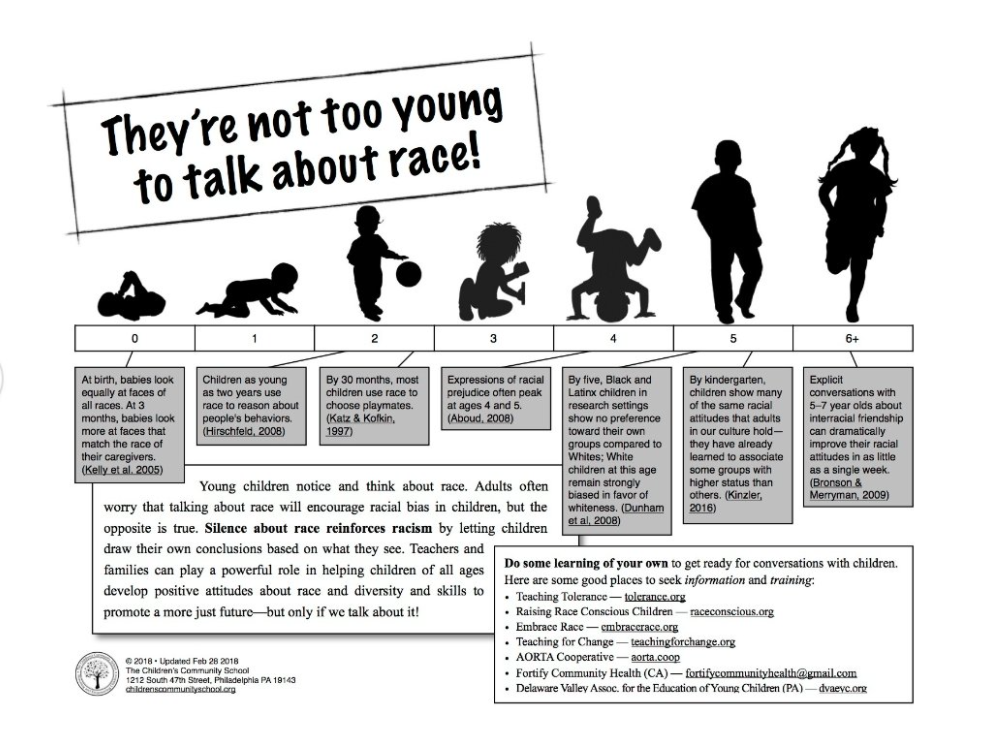 Rufo also reports the Arizona Department of Education “recommends a reading that claims babies are not ‘colorblind’ and that parents must instill ‘antiracist attitudes and actions’ beginning at birth, in order for their children to not ‘absorb bias from the world around them.'” 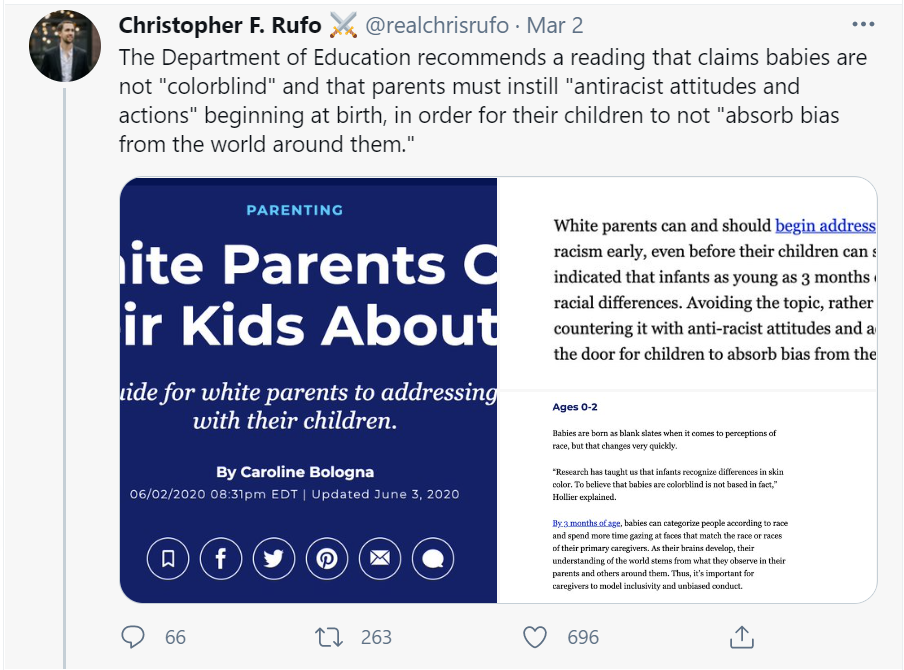 He also reports another recommended reading says, “‘All white people are white in the context of a society that continues to disadvantage people of color based on race.’ The document teaches schools how to ‘change what it means to be white’ and inculcate an ‘antiracist white identity.'” 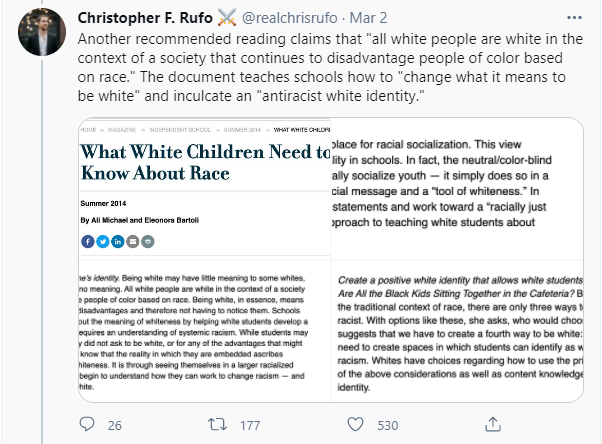 Cue the Billy Madison clip, “What you have just said is one of the most insanely idiotic things I have ever heard. At no point in your rambling, incoherent response were you even close to anything that could be considered a rational thought. Everyone in this room is now dumber for having listened to it.”

She wrote on Twitter, “IMHO: Dr. Seuss books are unnecessarily long, generally annoying, and just not that good. The only silver lining is that the plots are SO convoluted that you can usually skip pages without anyone noticing.”

There’s only 72 pages in Green Eggs & Ham. How did these people get their positions if they are this stupid and lazy?