In a recent interview with Deadline, Schaeffer discussed the recently concluded WandaVision series and her creative process for mapping out the show.

When asked how she prepared for the show and if she read House of M, Schaeffer responded, “They sent me a bunch of the comics and I looked over them.”

However, she went on to say, “I’m not a very good comic reader. I have a hard time digesting the storylines and I never know which cell to look at, and I don’t know, I’m a disappointment, perhaps, to the fandom in that way, but the imagery is always, of course, very startling and moving and inspiring, and it was Kevin Feige’s idea to marry Wanda and Vision to the sitcom world.”

Schaeffer continued, “So, I had those pieces to begin with, and then it was also their desire to explore her grief and that whatever happened in this series, this sitcom situation, was some sort of manifestation of her grief and her desire to live in this fantasy world.” 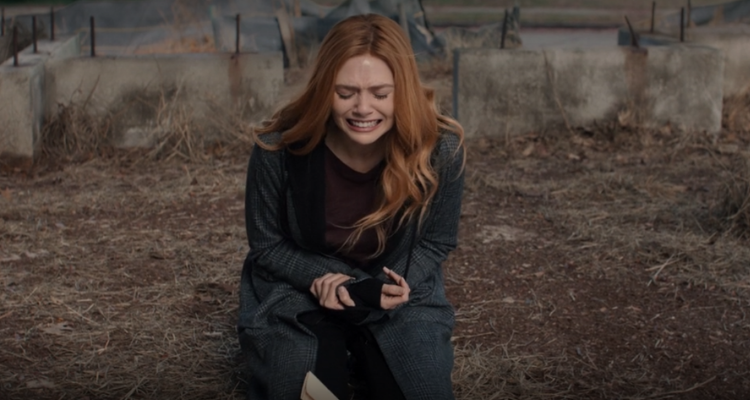 She then seemingly contradicted herself saying, “What I brought was a structure for that. You know, having seen it in the comics, I thought that it would probably be fairly predictable if we told a linear story of, you know, Wanda is upset and she freaks out and she creates this false world and then it’s a sitcom. That didn’t seem interesting to me.”

Didn’t she just say she wasn’t a very good comic reader and that she doesn’t know which cell to look at? But then just a few sentences later she’s saying she already saw a linear story about Wanda in the comics. Which is it? Do you not know how to read comics or did you already see a linear story in the comics you didn’t want to adapt?

Earlier in the interview when asked to discuss setting up Wanda’s notion of grief, Schaeffer also details what Wanda’s story is in the comics. She says, “Her history in the comics is one of loss. That is something that in the comics and in the MCU has often defined her and defined her characterization.”

Schaeffer continued, “She’s been a more serious character and a character who at times seems locked into her own sadness and mourning, and so that is obviously where we wanted to start and what we wanted to build around.”

She then stated, “We could dig into all the different sides of this woman, but in the comics and in the MCU this woman has endured more loss than perhaps anyone, and that was the thing that we wanted to explore and work through with her.”

This isn’t the first time Schaeffer has discussed comic canon. Back in July 2019, the Black Widow writer stated, “I’m not interested in adhering to comic canon that is discriminatory in any way or that violates my values system.”

One has to wonder what in the world she was talking about then, if her recent comments about not being able to read comics is true. How would she even know if comic canon is discriminatory or violates her values system if she doesn’t even know how to read them.

This is the current state of the Marvel Cinematic Universe. Welcome to the new status quo where people who claim they don’t even know how to read comics are claiming they won’t be adhering to comic canon and that they somehow know the characters’ stories.

What a train wreck.