In a blog post published to the official Marvel website, Marvel explains that it is an “exclusive worldwide multi-year sales and distribution agreement for Marvel’s newly published and backlist comic books, trade collections, and graphic novels to comic shops, known as the Direct Market.” 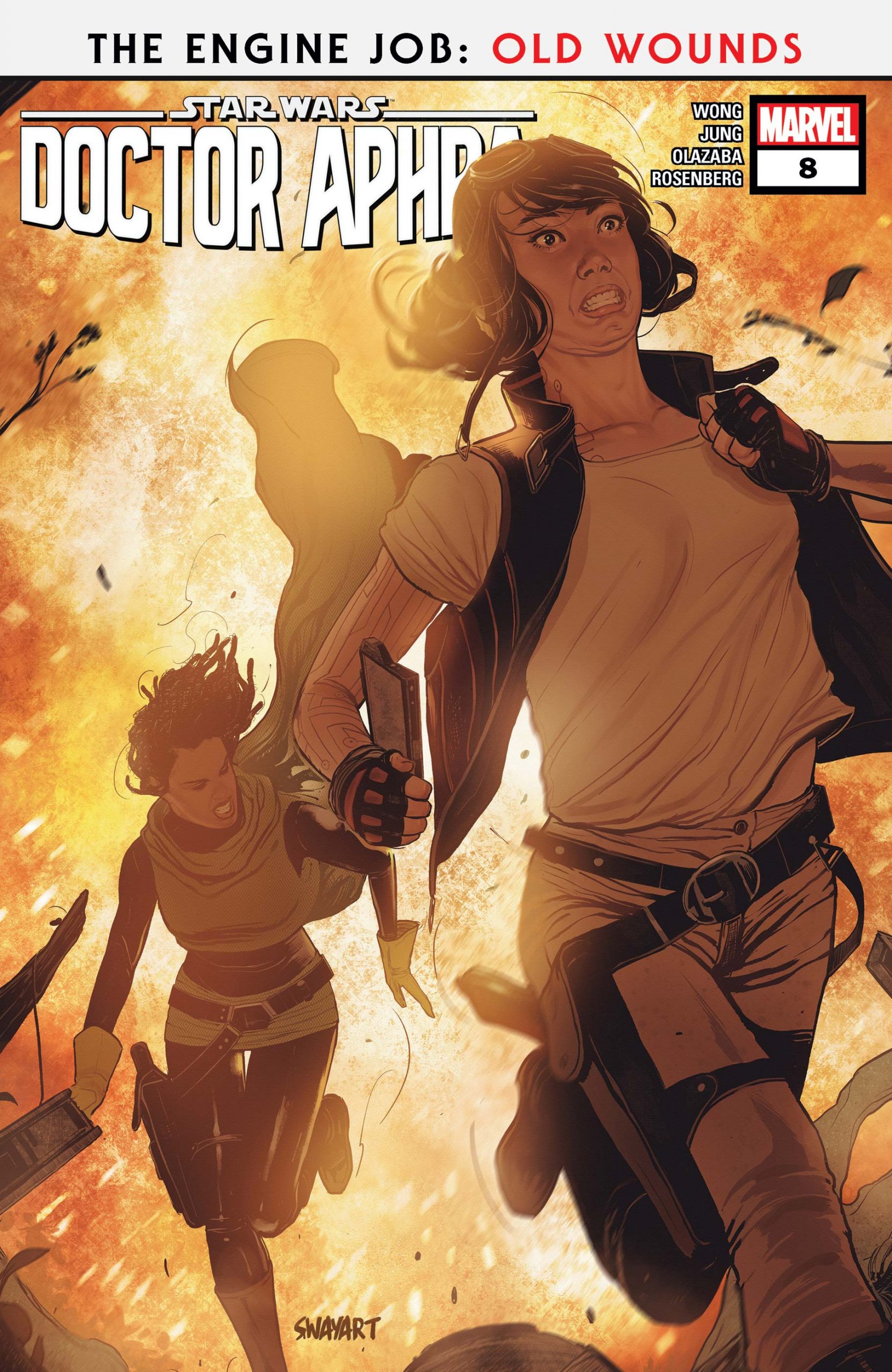 Marvel claims they went with Penguin Random House Publisher Services “to create a sustainable, productive supply chain and enhanced infrastructure for Marvel publications that will benefit comics retailers and fans alike for years to come.”

President of Marvel Entertainment Dan Buckley stated, “Marvel’s entire history is built on telling great stories. And as we’ve seen for decades, those stories go hand in hand with equipping the comic shops who share them. Marvel and Penguin Random House stand by that vision, and we are excited to build and expand those opportunities for our talent, retailers, and fans.”

He added, “Comics are the core of the Marvel Universe, and we are confident this new partnership will continue to grow and evolve this resilient industry. We look forward to advancing our capabilities with PRHPS to serve our fans and the Direct Market. We thank Diamond for their many years of support and partnership as we continue our relationship with them in other areas.” 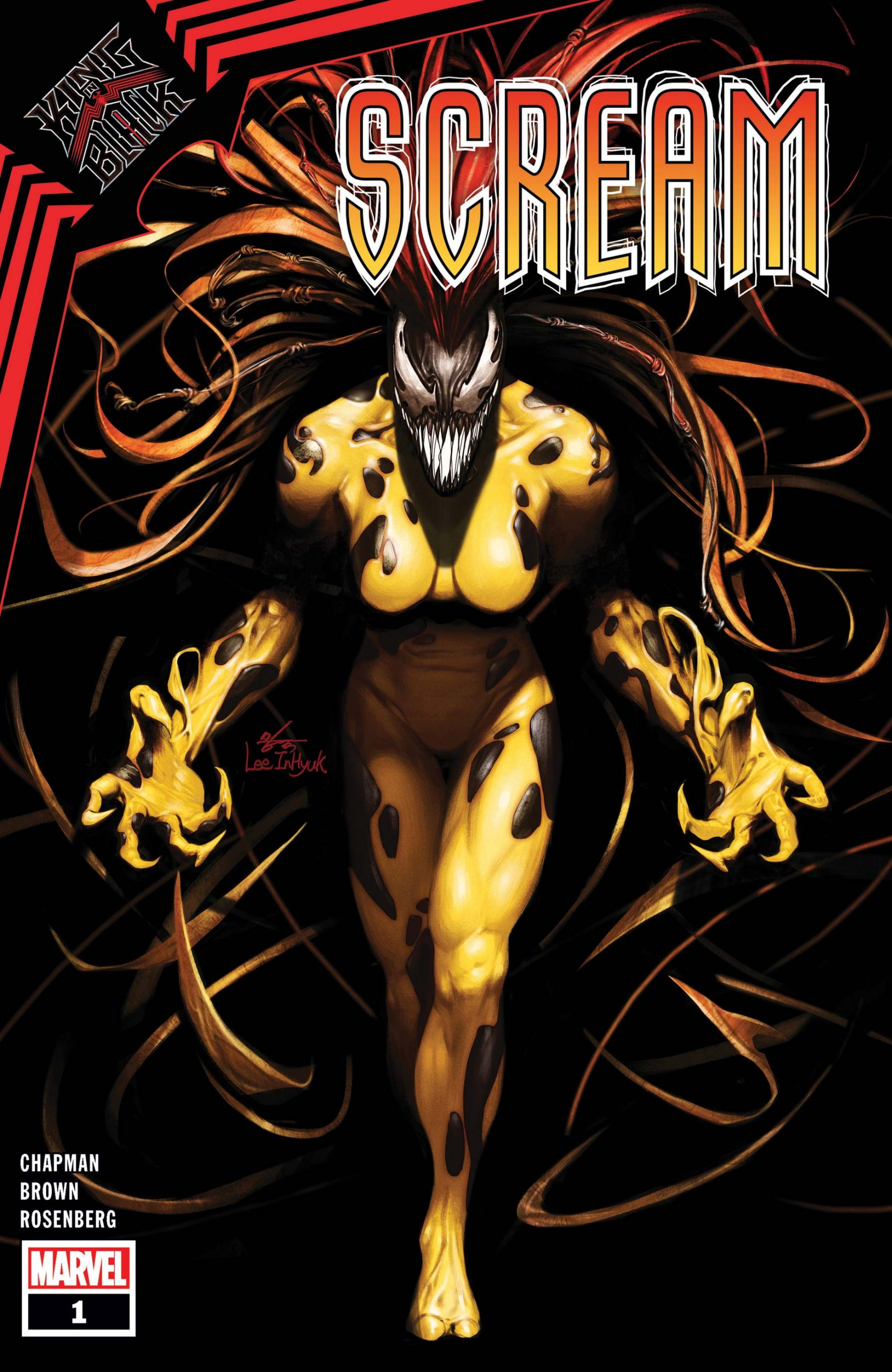 Interestingly enough in the press release, Marvel touts Penguin Random House’s commitment to physical retail and claims they “helped support healthier margins that led to a market turnaround” in regards to physical bookstores.

Marvel hopes, “these past experiences and learnings will be invaluable when adapting for today’s physical retailers in the Direct Market.”

And there might be a reason for that. Icv2 reports that Marvel Comics did not even crack the top 20 adult graphic novels in February 2021. The list was dominated by VIZ Media and manga including My Hero Academia, Demon Slayer: Kimetsu No Yaiba, Attack on Titan, Tokyo Ghoul, Chainsaw Man, The Promised Neverland, Jujutsu Kaisen, and others. 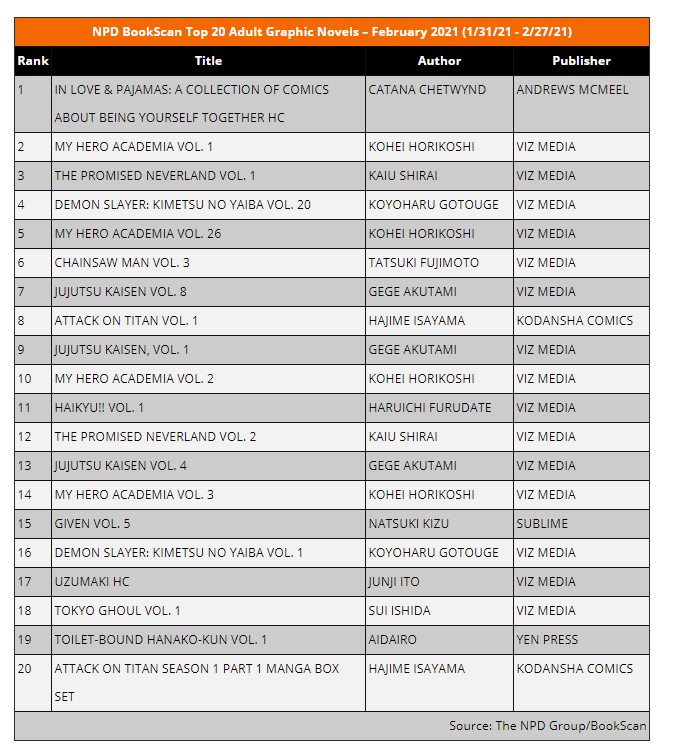 Even if you remove the manga, Marvel Comics’ graphic novel sales appear to pale in comparison to DC Comics. In February 2021, the company only had six entries in the top 20. 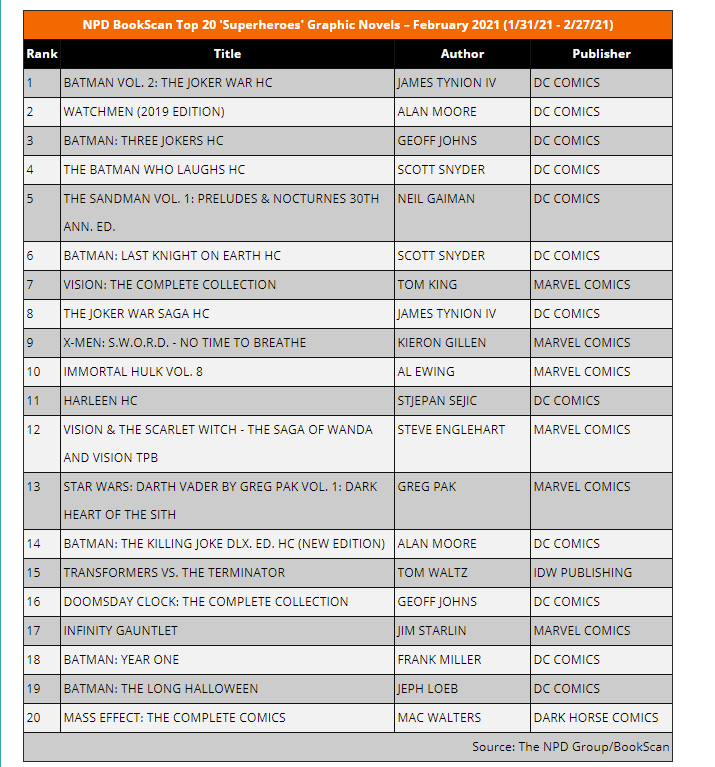 President of Penguin Random House Publisher Services Jeff Abraham is optimistic about the partnership. He stated, “This is an exciting time for comics, and we’re thrilled to partner with Marvel in taking the next steps to support the growth of the marketplace, together with our Direct Market retail partners.”

He added, “Based on the foundation of our relationships with physical retailers, we’re confident in the significant growth of the comic book industry and welcome the opportunity to further collaborate with and invest PRHPS’ resources in the Direct Market. Combining the standard-setting supply chain and sales capabilities of PRH with Marvel’s renowned universe of stories and characters, we expect to reach even more fans of its artists and writers throughout the world.” 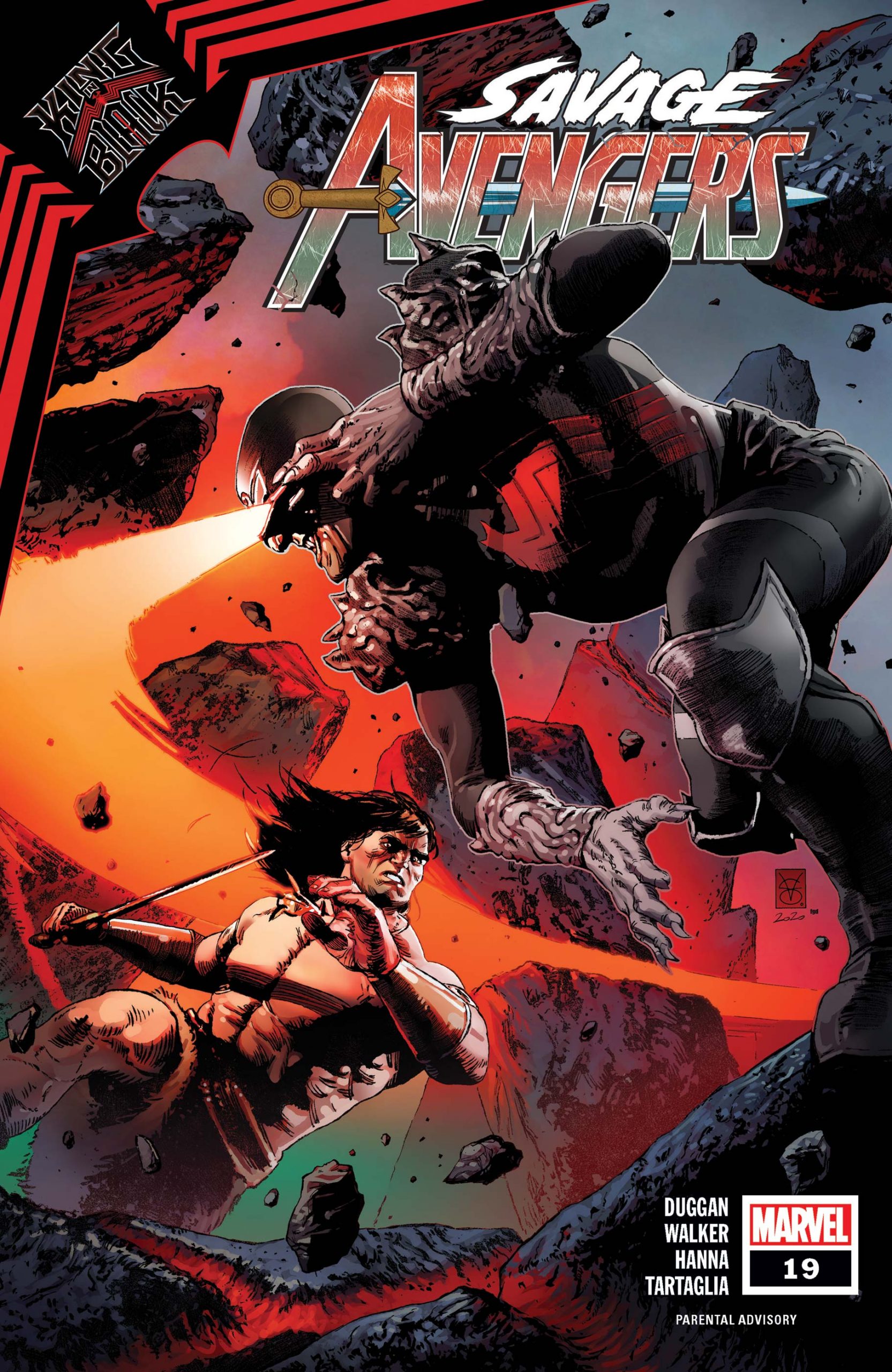 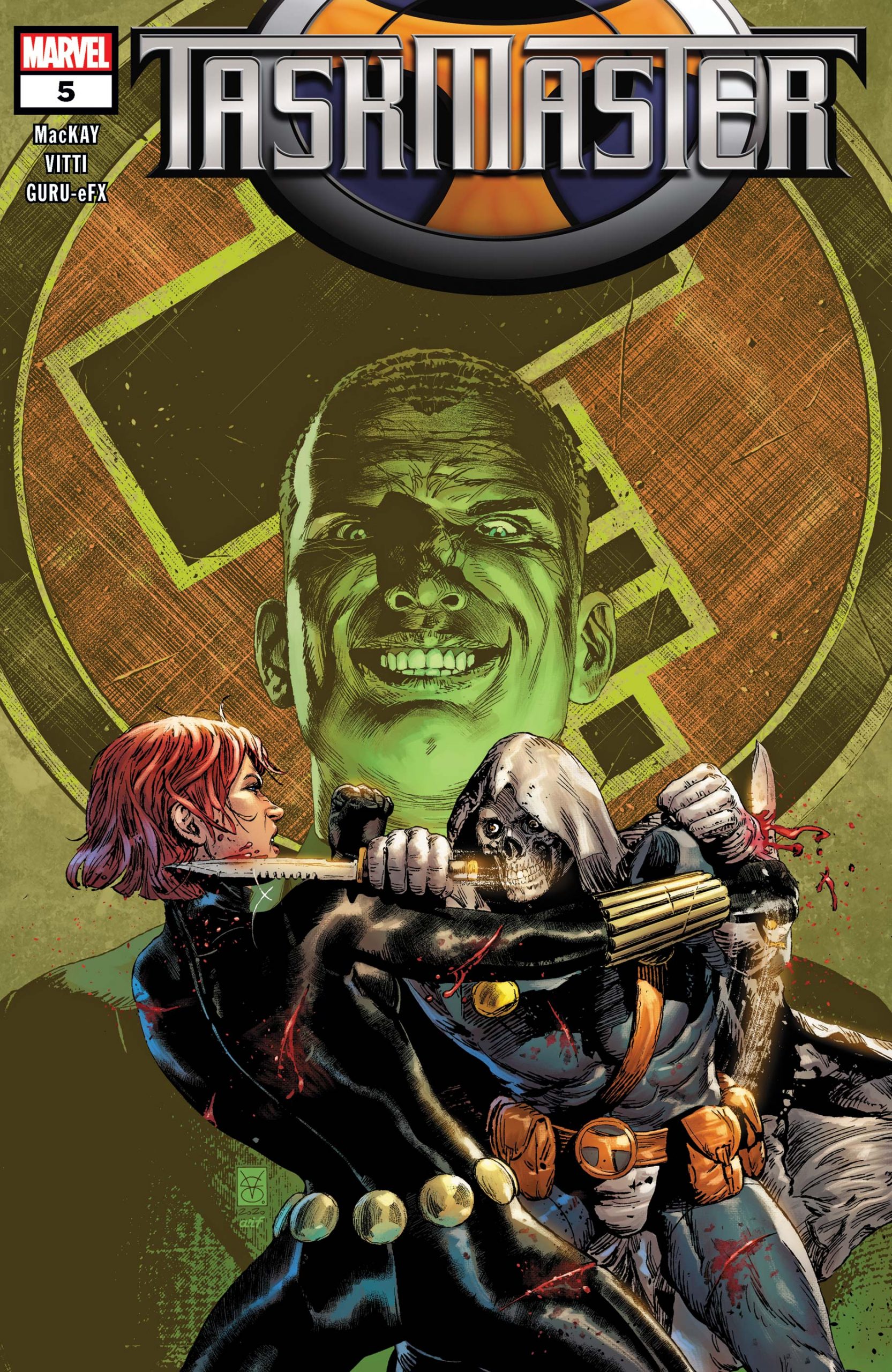 Marvel believes that partnering with Penguin Random House will give retailers “more flexibility to manage inventory and stock their stores to best serve their customers.”

However, Marvel states, “Direct Market retailers can choose to order Marvel products direct from PRH, or alternatively, through Diamond as a wholesaler under terms established by Diamond in the US and the UK. Hachette Book Group will continue to manage distribution of Marvel’s graphic novels and trade collections to the book market.”

What do you make of Marvel’s new deal with Penguin Random House?