Magic: The Gathering players have been taken aback by the recently revealed alternate art reprint for the Faithless Looting card set to be released as part of the upcoming Strixhaven: School of Mages expansion.

A reprint of the card of the same name originally released as part 2012’s Dark Ascension expansion, the Strixhaven reprint of Faithless Looting features a human figure, ‘drawn over’ with rather simple looking graphics to give them the appearance of a blood using wizard, set in front of a mash-up of stained glass images. 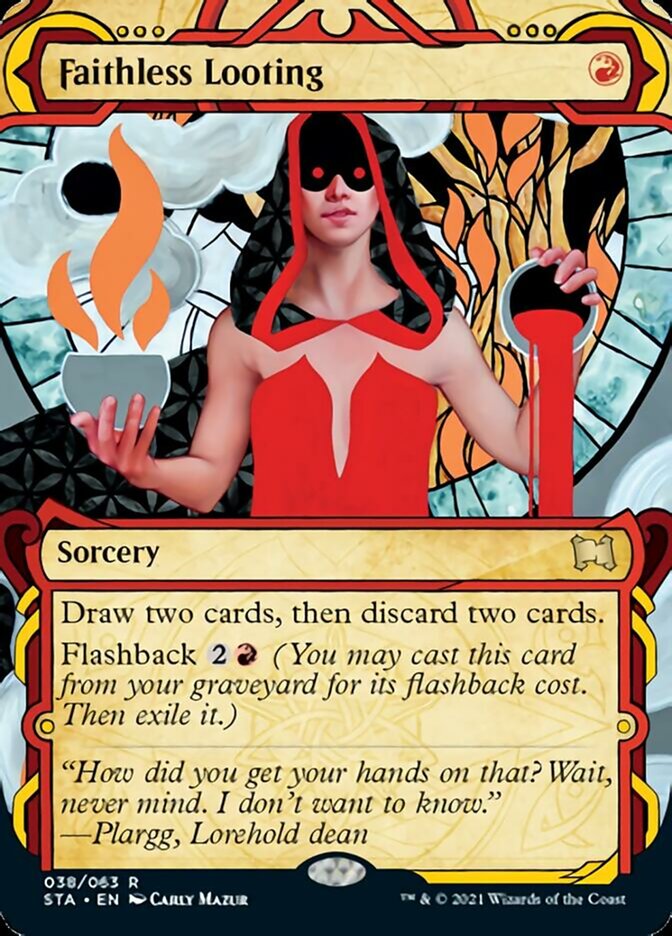 Illustrated by artist Carly Mazur, the simple nature of Faithless Looting’s illustration stands in stark constraint to the detailed quality and expressive juxtapositions seen in her usual bodies of work, as displayed on her personal website. 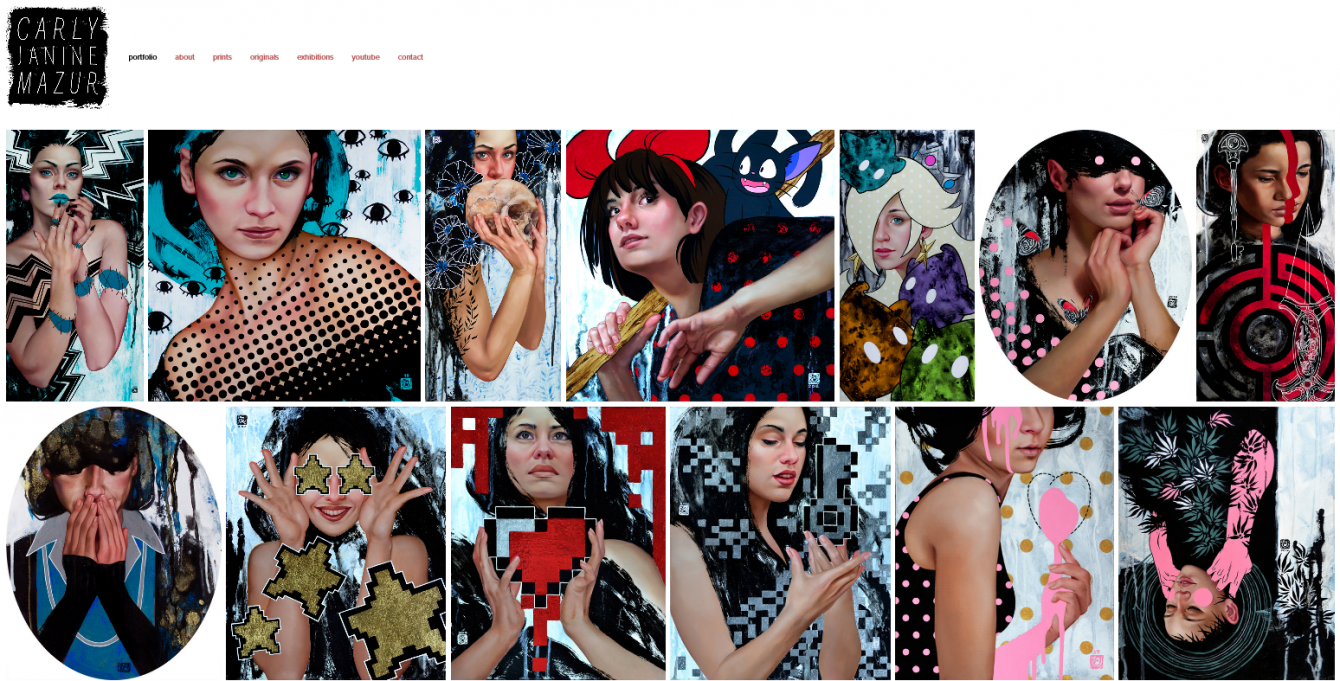 Likewise, her other contribution to the set’s alternate art reprints, Harmonize, follows in Faithless Looting’s idiosyncratic footsteps, rather than those of Mezur’s portfolio. 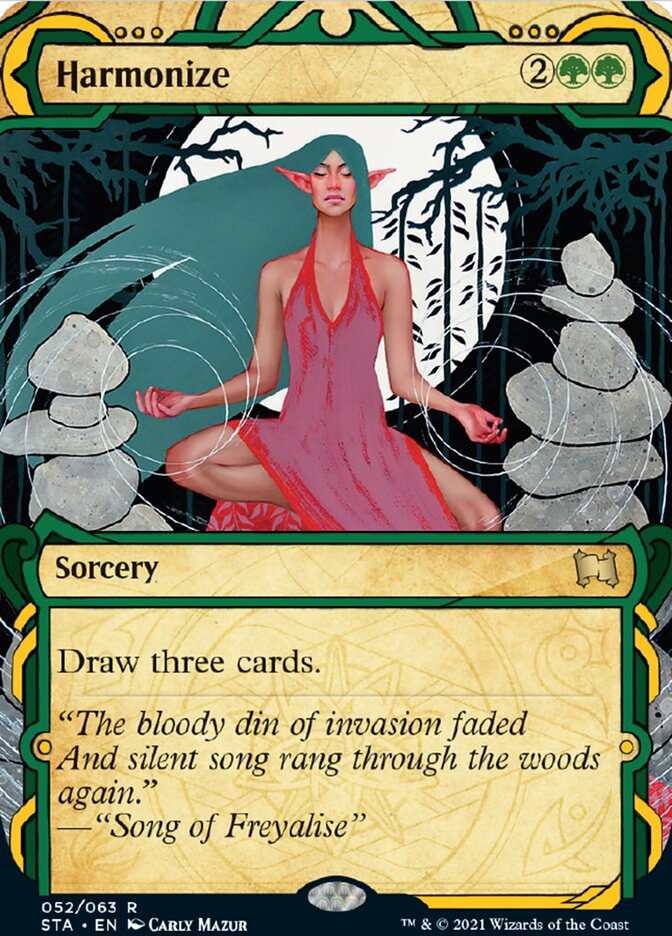 However, this may be due to the influence of Wizards of the Coast Associate Visual Designer Tom Jenkot, who Mazur thanked as the “art director for this set” in a Tweet announcing the card’s reveal. 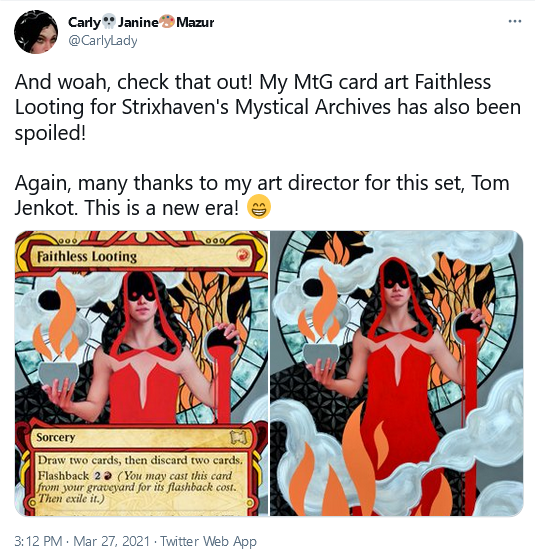 It’s no mystery why some players took issue with or questioned the decision to feature such highly stylized artwork on the respective cards, as they do contrast sharply against not only the detailed paintings usually found on Magic: The Gathering cards, but in particular, the Japanese-styled reprints found in the very same set. 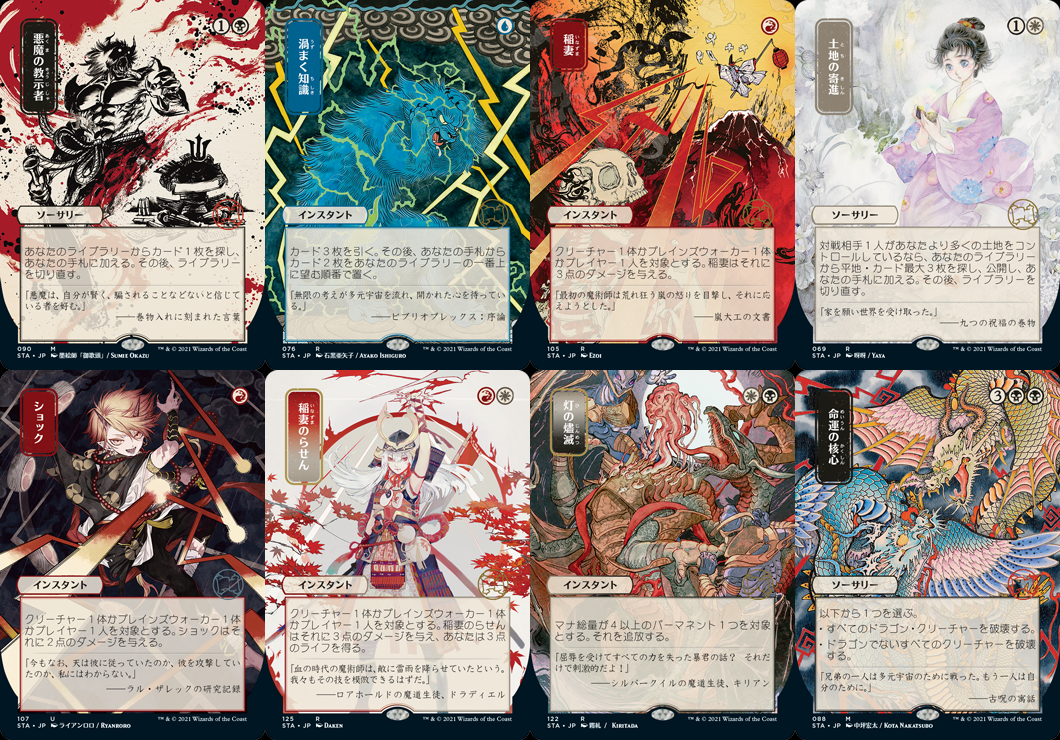 Source: Wizards of the Coast, Strixhaven: School of Mages Variants

In the wake of the cards reveal, Mazur took to Twitter to “thank everyone for all your comments regarding Faithless Looting and Harmonize!”

“Good or bad, it’s given me hype to work more, paint better, and continue to be true to my own visual style,” she concluded. “Cheers, y’all.” 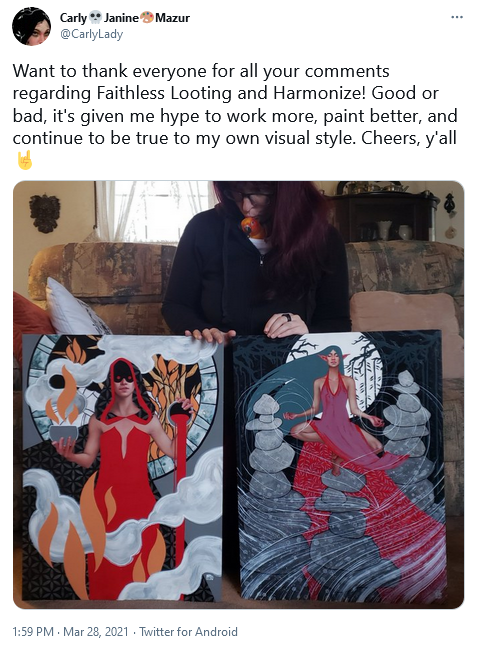 What do you make of Mazur’s alternate art illustrations? Let us know your thoughts on social media or in the comments down below!