Paramount Studios and Star Trek announced they are working on a brand new Star Trek film.

In a post to the official StarTrek.com website, the company announced, “Today, Paramount Studios announced that they will be releasing an untitled Star Trek Universe movie on June 9, 2023.” 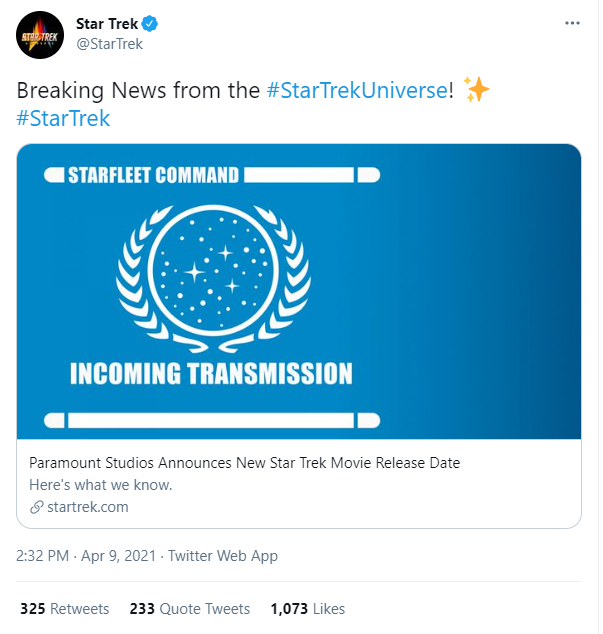 No other details about the film were announced.

The blog post even stated they didn’t know if the film would be set in the Kelvin-verse series, which was launched with J.J. Abrams’ Star Trek film and the latest entry debuted in 2016 with Justin Lin’s Star Trek Beyond.

They also didn’t know if it would pick up after Star Trek: Nemesis and continue where The Next Generation films left off or if they would introduce a brand new story in the Prime timeline.

Star Trek Beyond made $335.6 million at the worldwide box office according to The-Numbers. It went on to have $42.4 million in domestic video sales. It had an estimated production budget of $185 million, meaning it only made 1.8 times its production budget, and is considered a box office flop.

Meanwhile, Star Trek: Discovery, the main TV show that originally aired on CBS All Access has mixed reviews. The show has a 42% Average Audience Score on Rotten Tomatoes. 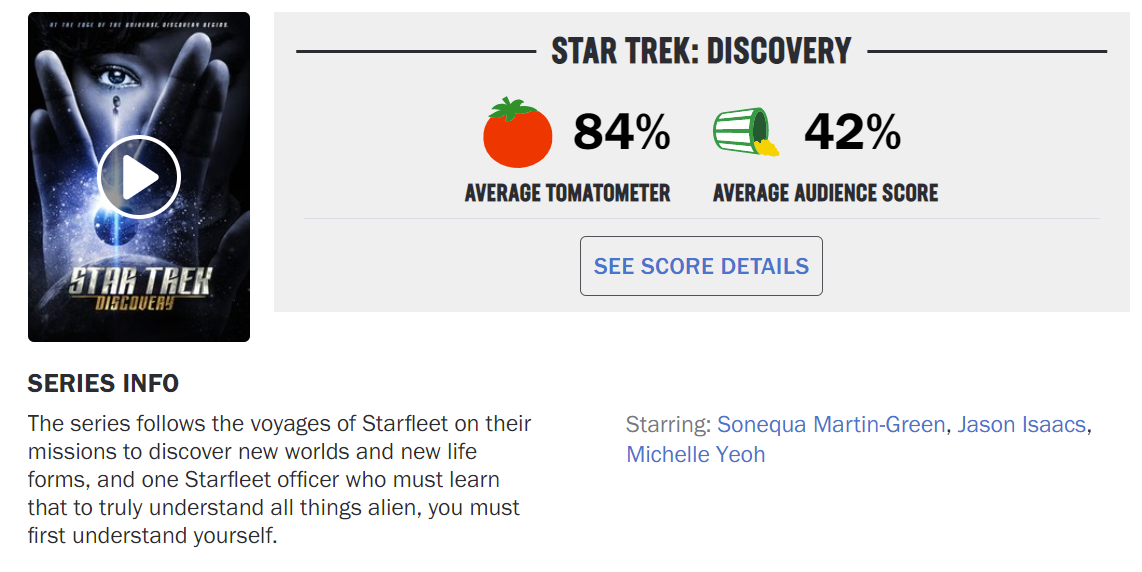 On IMDB, it has a much more favorable 7.2 weighted average User Score from 98,252 users. 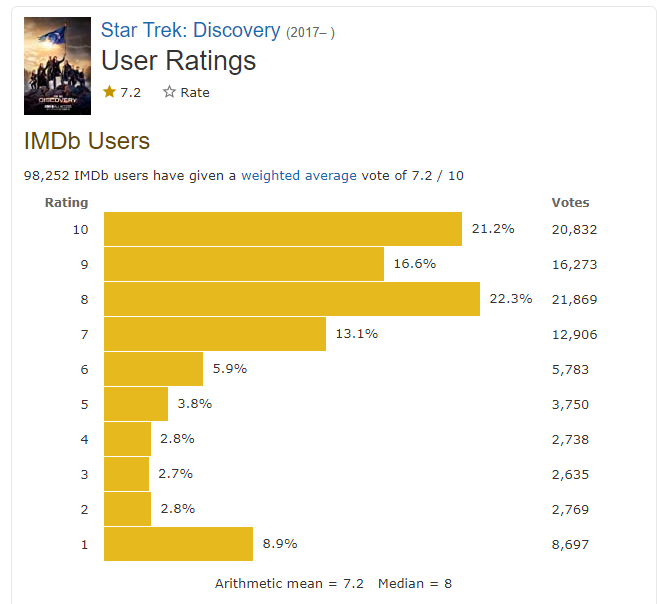 It has an abysmal 3.8 User Score on Metacritic.

Source: MetacriticIt’s more than likely that no matter where in the timeline the film takes place it will be utter garbage as the official Star Trek website has taken to promoting communism as YouTuber Heel vs Babyface points out.

The YouTuber states, “You can’t make this s*** up.” He adds, “All the ideals of Star Trek are pissed upon, but this is what you’ve got to expect when you’ve got a bunch of millennial tosspots, zoomers who hear something that they think sounds great and in practice doesn’t work, but let’s just go for it, why not, okay?”

If the official website is promoting communism, it’s hard not to imagine that their new film won’t be infected with the same garbage ideology making the film just another piece in Hollywood’s propaganda puzzle.