The Falcon and the Winter Soldier Disney Plus series has had no shortage of discussion around it, despite the show supposedly unable to keep a number of eyes to the screen. Now, alongside the racial politics the show is trying to insert into its superhero story, we’re now getting into socio-political messaging.

Spoilers for the show if you haven’t seen it – specifically for the third and fourth episodes. 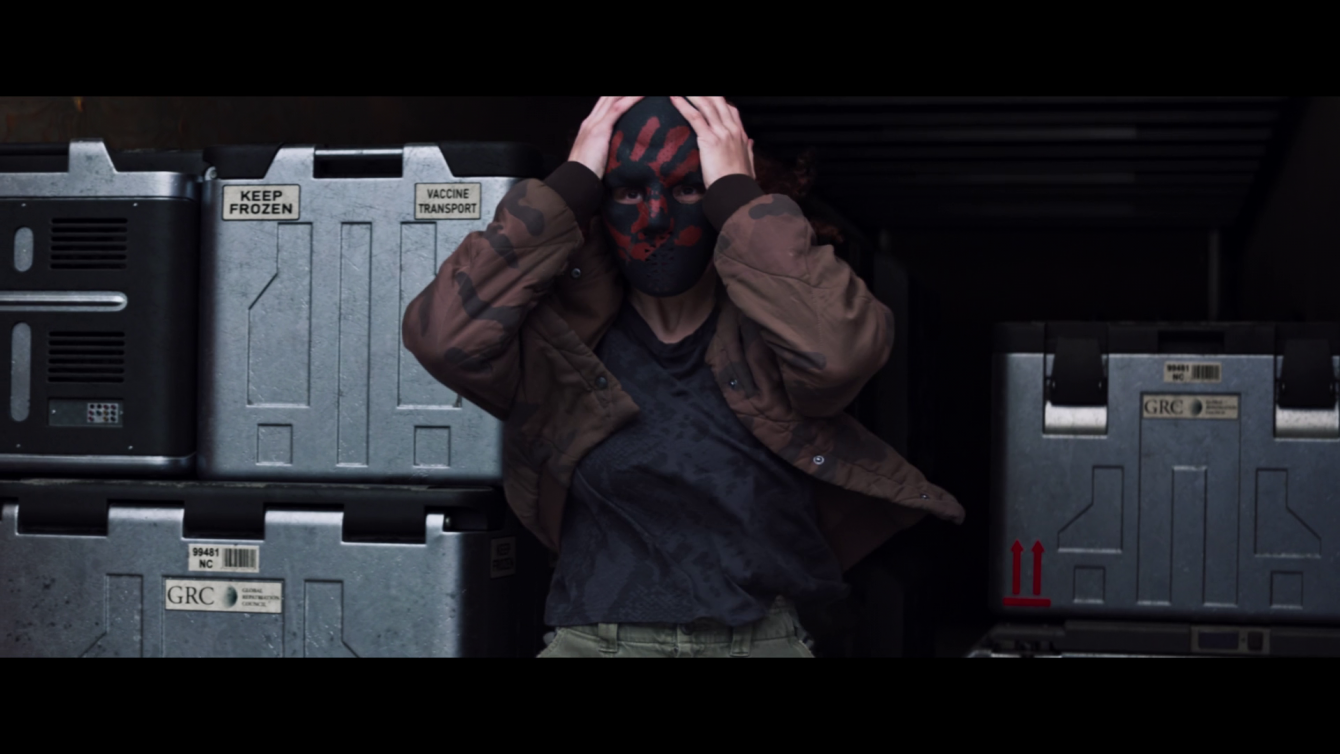 In The Falcon and the Winter Soldier, the audience is introduced to a group called The Flag Smashers, a group of youths rebelling against the government and seeking to bring the world back to how it was before the ‘blip’ (A time where governments were more stable perhaps?) However, the group is also focused on giving shelter and medicine to displaced, a detail which makes The Flag Smashers sympathetic.

In an interview with Entertainment Weekly, actor Erin Kellyman who plays Flag Smasher leader Kari Morganthau, spoke about the role and how she understood the character: Firstly that Morganthau was a gender-swap from the comics, and secondly, that the Flag Smashers were fighting the good fight. 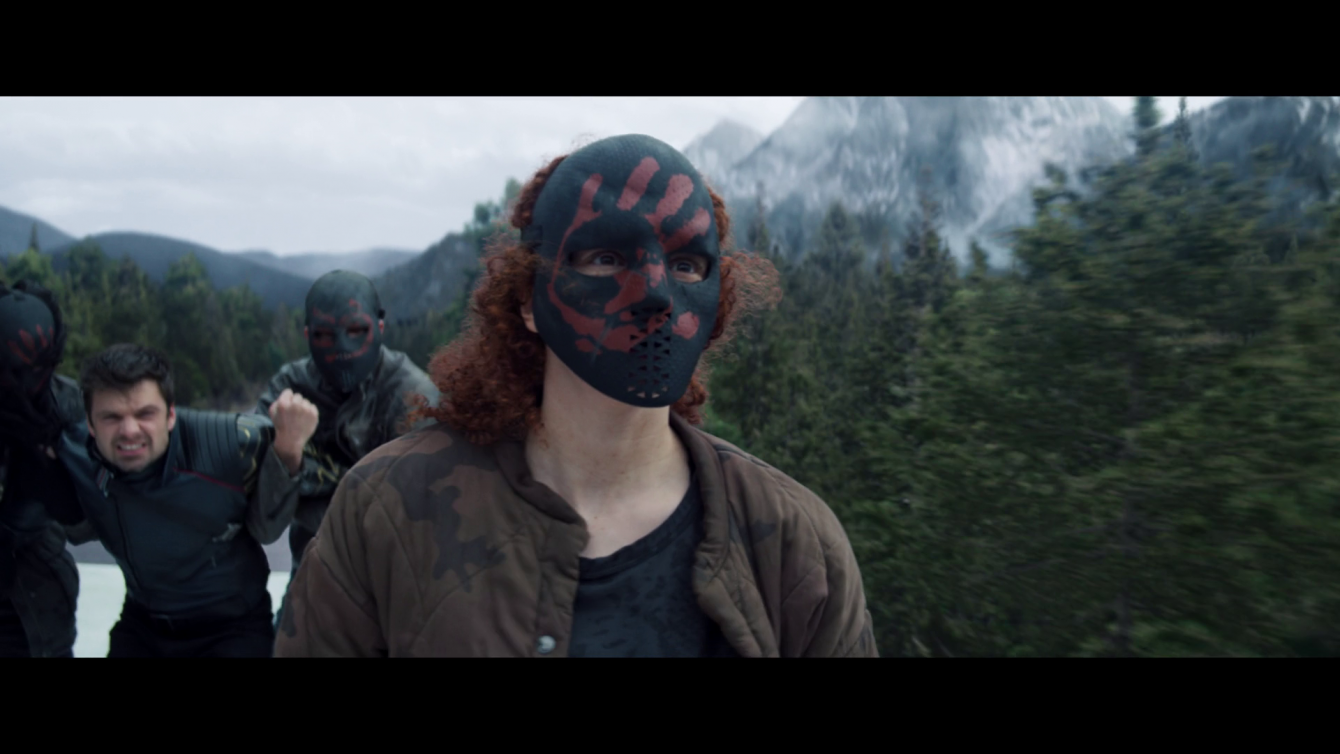 “I thought that was really brave and inclusive, and it was an important thing to do,” said Kellyman. “I was really thankful for that as well. But once I read the scripts and spoke more about her with Kari and] Zoie, [I learned] what she was fighting for, and it’s a good thing. It’s so interesting to be able to relate to what her passion is, and it was really helpful to actually understand her as a person.”

Is the show that brave and inclusive for gender-swapping the comic book character? Not Really. Gender swaps seem to be all the rage with Hollywood right now. It’s nothing really special, nor particularly brave or inclusive. 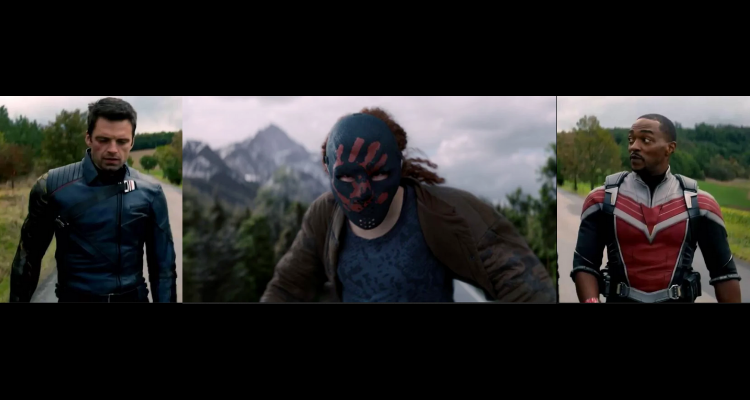 In the third episode of the series, Morganthau and her group takes a number of hostages inside a government building. Her group infiltrates the facility to steal a number of supplies it had been sitting on for quite some time in order to distribute it to kids in various displacement camps.

She then walks out with one of her comrades and refuses to take her own vehicle. The other Flag Smasher questions her decision, but she insists on riding with him. As they enter the vehicle, parked close to the facility, it explodes effectively killing all of the hostages in the building.

When questioned about it by the other Flag Smasher she says, “This is the only language that these people understand.” 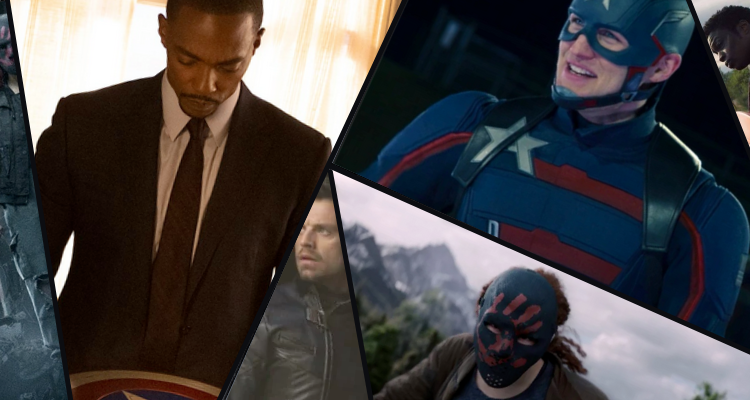 Nothing Matters But Results

This is ends justifying the means. Spurned from the Niccolò Machiavelli idea that appearances, to many, are more important than the reality to the few who can actually confirm the truth of who/what you are. So whatever route you took to get to the destination is irrelevant after you have reached the goal. Just so long as people can see the end result, and not the process and means employed to get you there.

As also confirmed by Mirriam-Webster: “Used to say that a desired result is so good or important that any method, even a morally bad one, may be used to achieve it“ 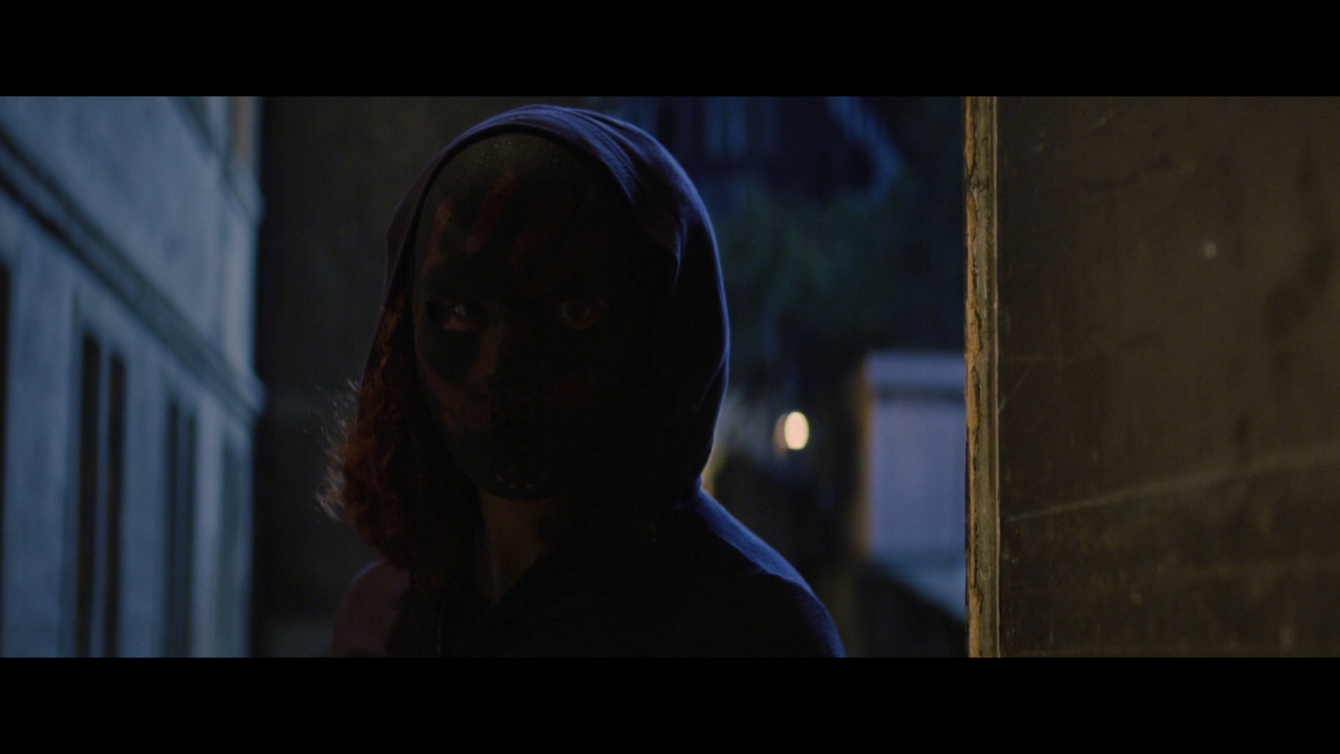 So to say that Morgenthau’s in the fighting for good, is a bit skewed. Kellyman would be better off remaining neutral about her character rather than praising her for her moral high ground, because there is none to be had with this character. Morganthau is a terrorist, even more so than her teammates.

And such a statement becomes more a dangerous precedent for what becomes a tolerated or even celebrated thing for what is considered good in our society. So much as the end result is good, should we disregard the means used to get there? Further introspection should also be given to what’s being presented: that terrorism and the people perpetrating it could have a good goal, it’s only the way they go about it that’s wrong.

At that point, the slippery slope of justification for the actions of a group of terrorists becomes a conversation point rather than what it is – an attempt to justify murder. 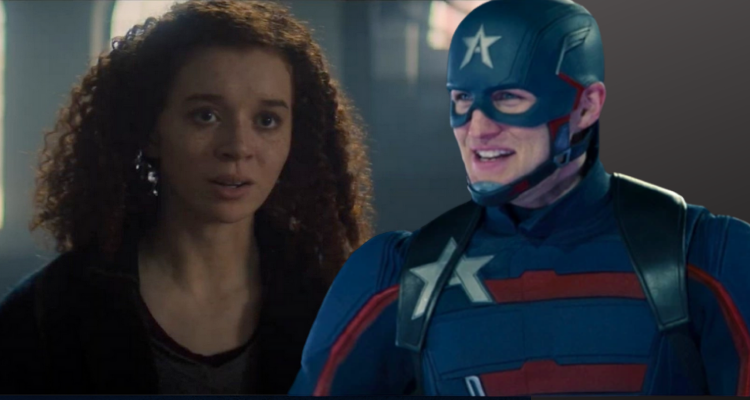 The most recent episode took a deeper dive into that aspect of Morganthau’s ideology. Sam eventually confronts Karli, and with his background in counseling soldiers with PTSD, he comes to understand and agrees with what she wants but remains adamant in his refusal to sign off on her killing people to do it.

The audience also gets to understand a bit more of the world that developed in the five years after the snap, versus the one that came back into play with haphazard results with the blip, as the bulk of humanity returned only to find themselves displaced in a new world which had established itself in the emptiness left behind. 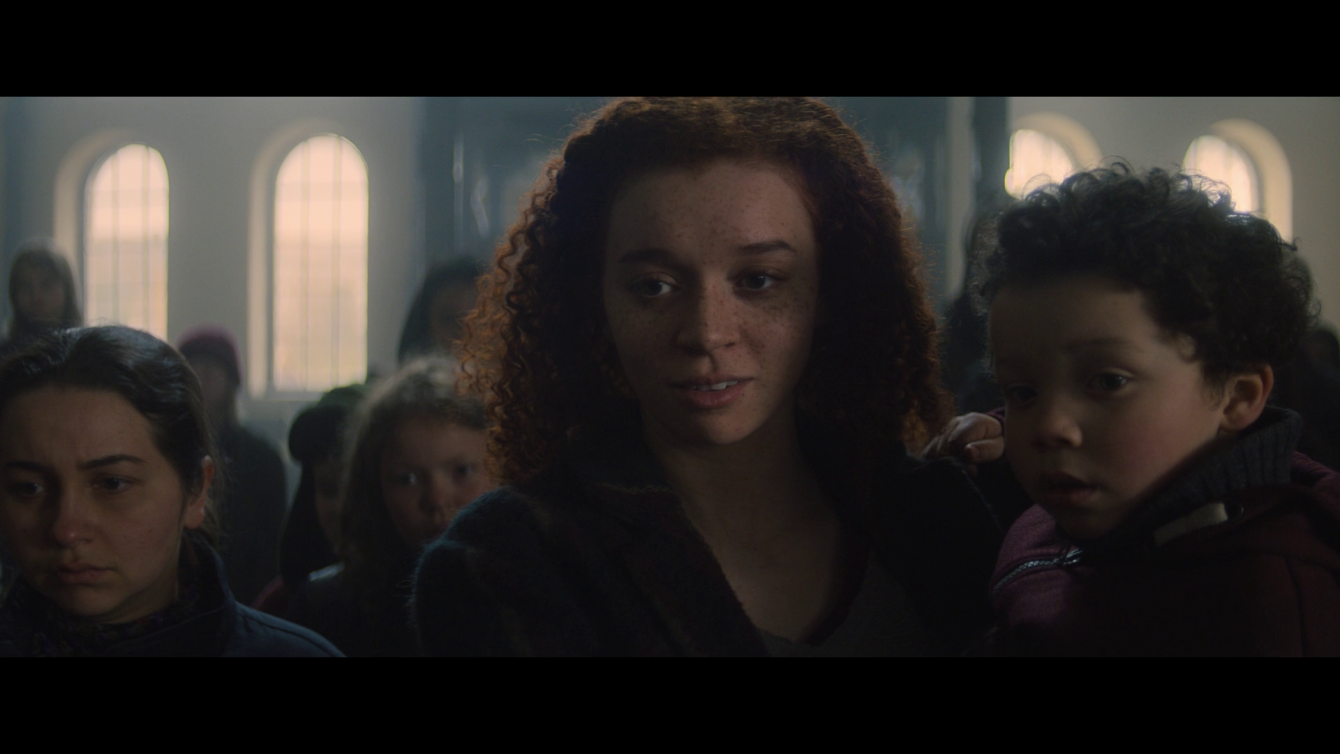 By the end of the episode, what remains frustrating is Sam’s attempt to excuse the murdering of hostages for a chance to talk with the leader of a terrorist group as Walker’s approach, which was to outright arrest Morganthau, made more sense.

Even then, the show seems intent on making Walker a villain more than the Flag Smashers. The symbol of America stained in the blood of its enemies, versus the poor, displaced foreigners who only want to help those less fortunate. 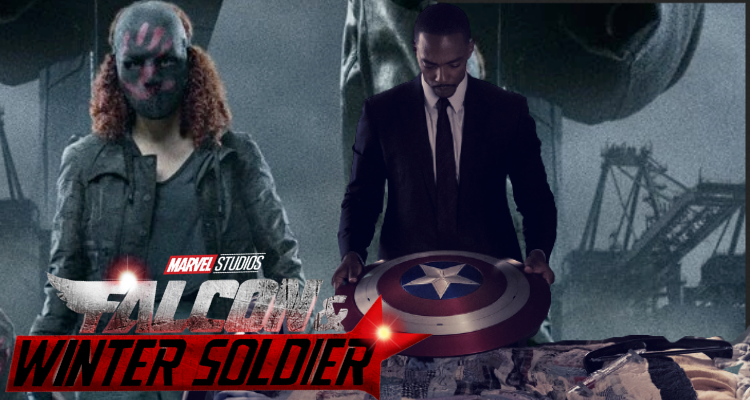 As the episodes continue, there also continues to be a conflict with social issues the show wants to address, versus being an entertaining and thrilling story about superheroes in a modern age. And the confusion with Morganthau’s character just exacerbates problems with the storytelling more than attempts to address them.

But what did you think of Erin Kellyman’s statement? Are we on the slippery slope of exonerating evil acts for good intentions? Sound off in the comments below or let’s talk about it on social media!