Actor John Cleese known for his Monty Python films as well as being the narrator for the Mini Adventures of Winnie the Pooh took to Twitter to mock Hank Azaria and his recent apology over The Simpson’s Apu character. 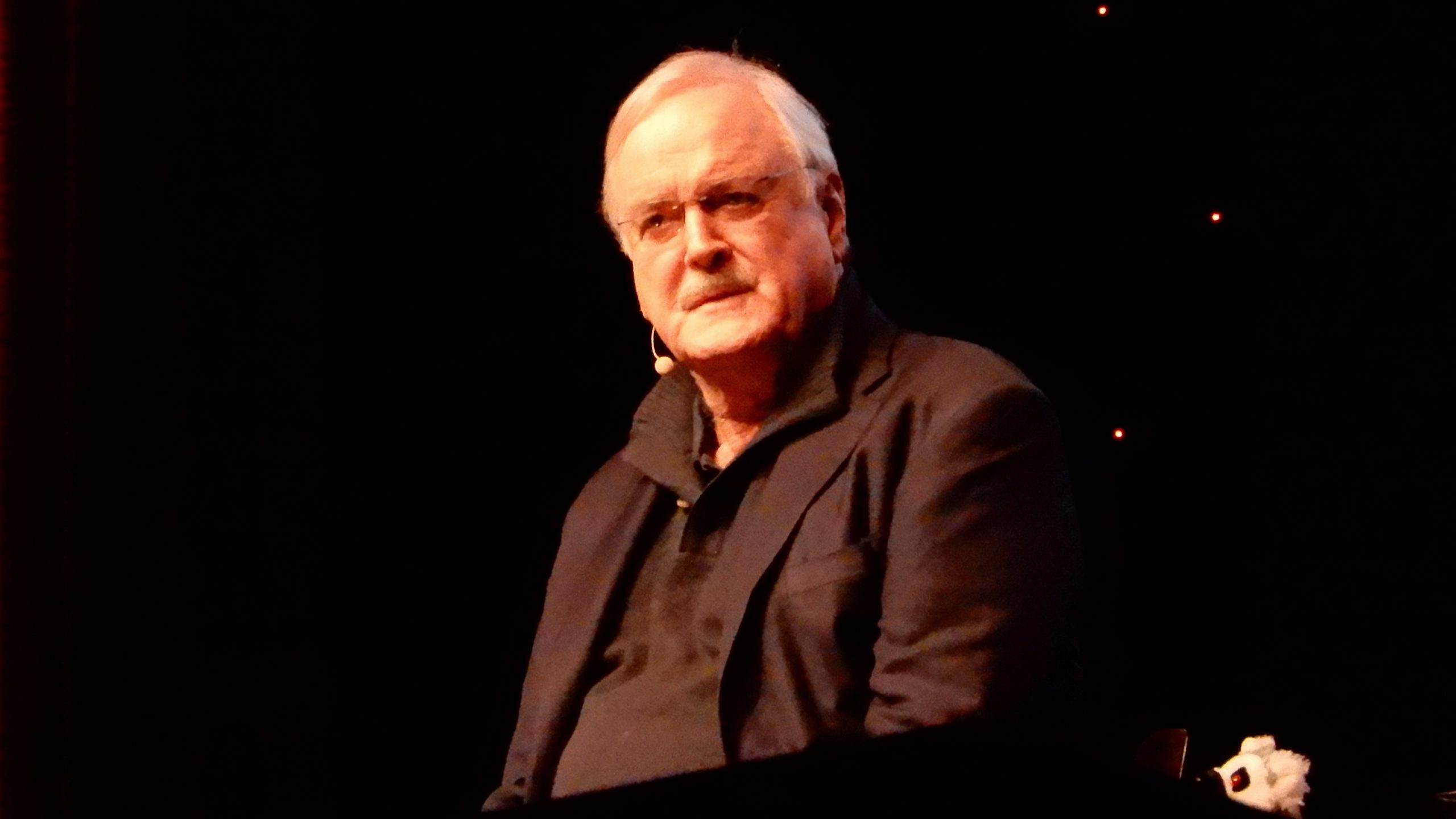 Related: The Simpsons Actor Hank Azaria Bends The Knee, Wants To Apologise To Every Indian In North America Over Portrayal Of Apu

During a recent appearance on the Armchair Expert podcast, Azaria issued an apology for voicing Apu.

While discussing an encounter he had with a 17-year-old who had never seen The Simpsons, Azaria stated, ““I said to him, and I’m going to say to you right now, I really do apologize.”

He continued, “I apologize for my part in creating that. In participating in that. You know, part of me feels like I need to go to every single Indian person in this country and personally apologize.”

Cleese mocked Azaria’s apology writing on Twitter, “Not wishing to be left behind by Hank Azaria, I would like to apologise on behalf on Monty Python for all the many sketches we did making fun of white English people.”

He added, “We’re sorry for any distress we may have caused.” 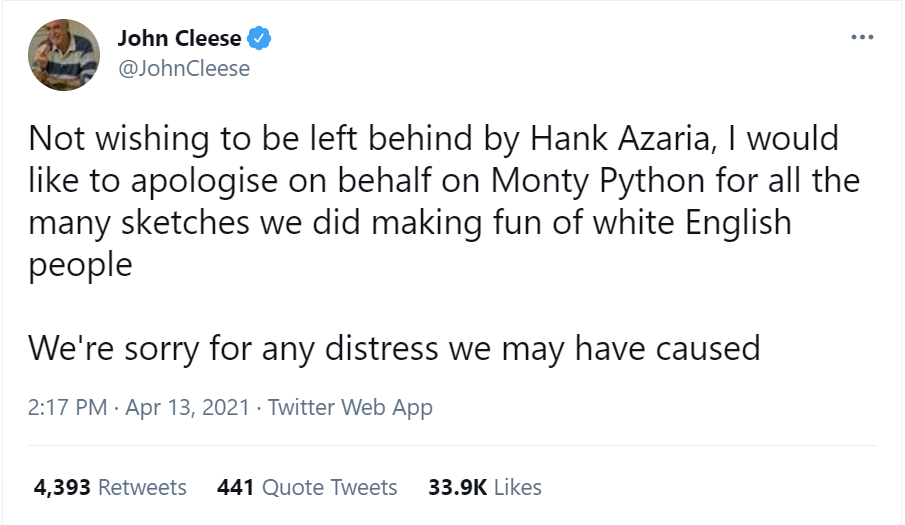 Cleese would continue mocking Azaria’s apology responding to a number of people on Twitter.

In one tweet he wrote, “We settled out of court. Mainly for Nursing Home expenses.”

In another he wrote, “They enslaved us for over three centuries and they owe us reparations.” 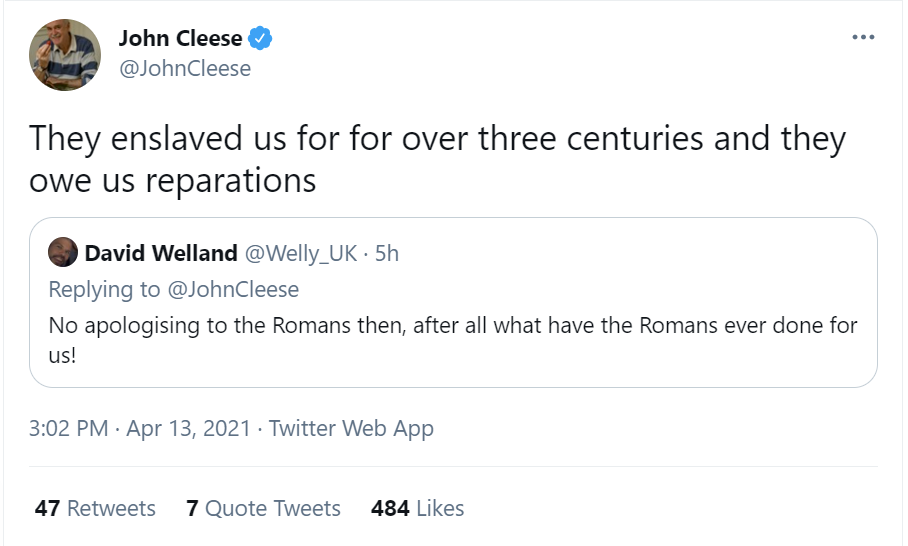 He added in another one, “That makes you all oppressors.” 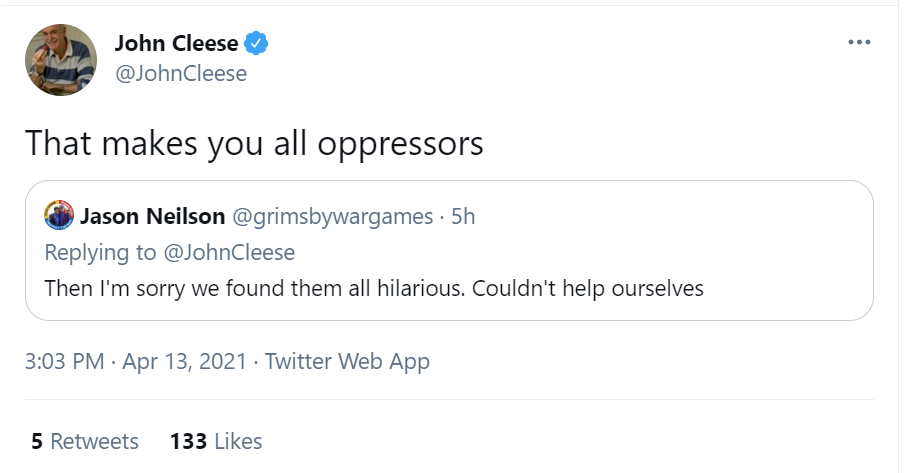 Finally, he wrote, “Don’t bait the Vegans. They don’t have enough on their plate anyway.” 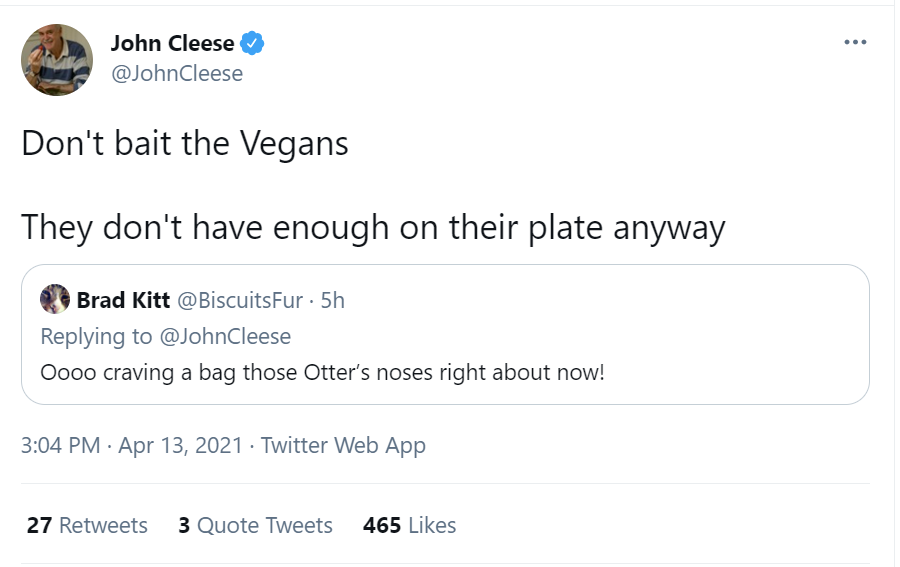 What do you make of Cleese’s shots at Hank Azaria?