The Falcon and The Winter Soldier actor Wyatt Russell, who plays John Walker in the show, recently debunked rumors that he was run off social media.

Alexyablonski added, “do people not understand that the actor and the character are two COMPLETELY different people. wtf.” 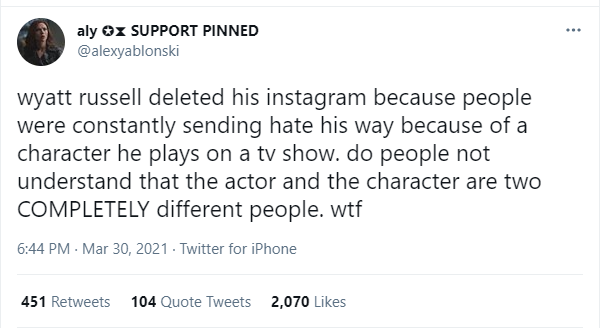 Russell appeared on the Rich Eisen Show, where he debunked the rumors.

Eisen asked him, “Is it true? Have you tapped out of social media because of this, Wyatt, that people are upset?”

He went on to say, “What’s so interesting about the world we’re in now, is that you have these virtual worlds people live in. Like I don’t live there. I proudly, happily live in reality land.”

“But there is a world that I think I exist as an alternate being in an alternate universe that people really dislike, and I kind of don’t mind it. Because there is a representation of art aspect to it, where it’s like this person that doesn’t exist where people just despise and they unleash their hate and aggression and all the stuff,” he continued. 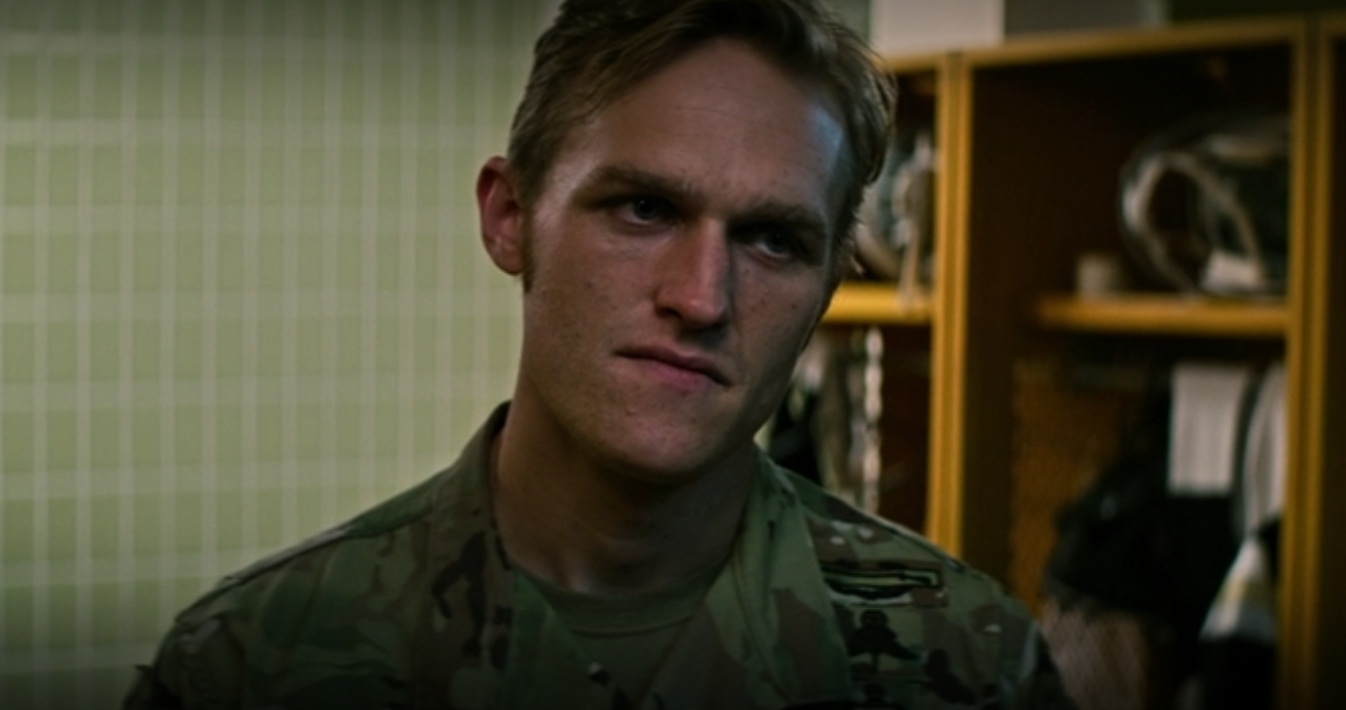 Russel then added, “I kind of don’t mind it because it’s, I don’t know, it’s virtual; it’s not real. I’m just hear in my house sitting around doing nothing and nobody recognizes me and it’s great.”

He concluded, “It’s what it’s supposed to do. That’s your job. I elicit a response from people and they tell me how they feel.” 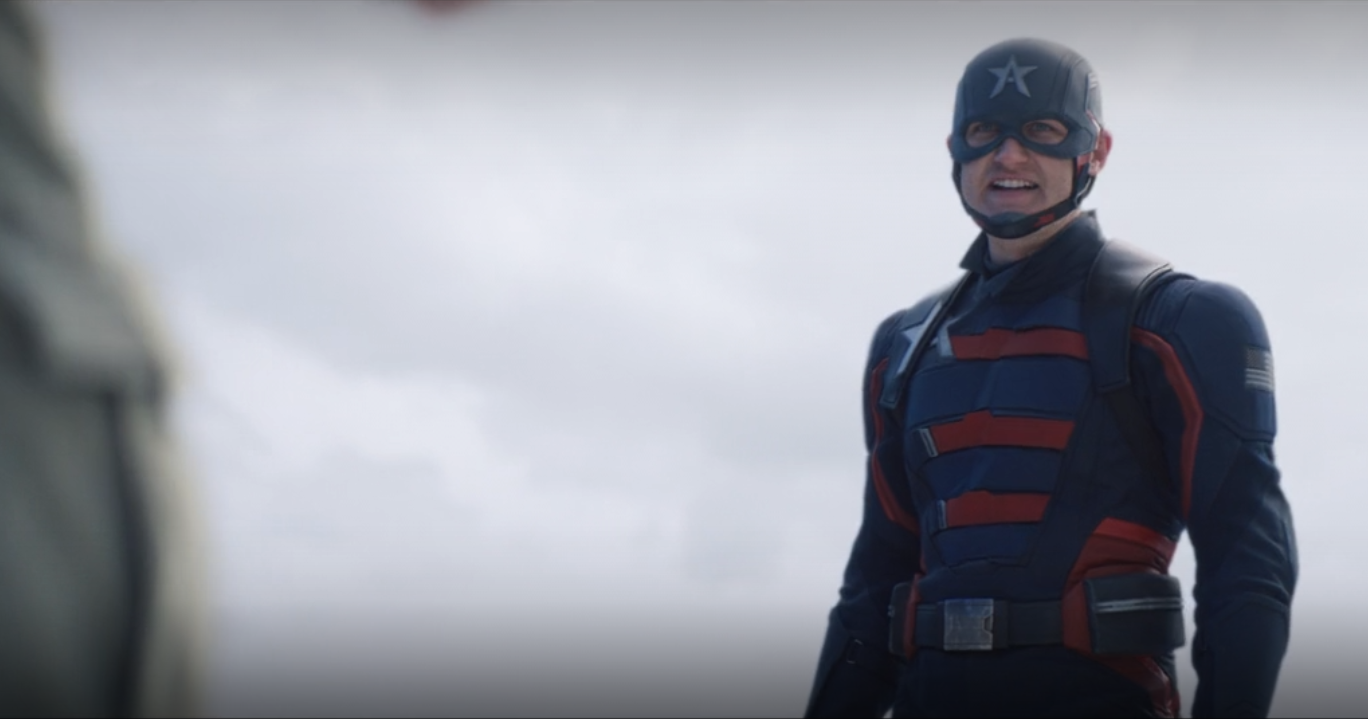 So, Russell did not quit Instagram because he was receiving hate because according to him he’s never had social media to begin with.

He also notes that he’s fine with people eliciting an emotional response as long as they don’t go too far with it.