Developer and publisher miHoYo recently revealed new primogem redemption codes for Genshin Impact as they announced a number of new changes to the game for their Version 1.5 update.

The codes were announced as part of their Version 1.5 Special Program.

There were three codes in total.

The first code appeared at the 18:30 mark of the presentation. It is FS6SU367M279. The code rewards you with 100 primogems and 10 mystic enhancement ores. 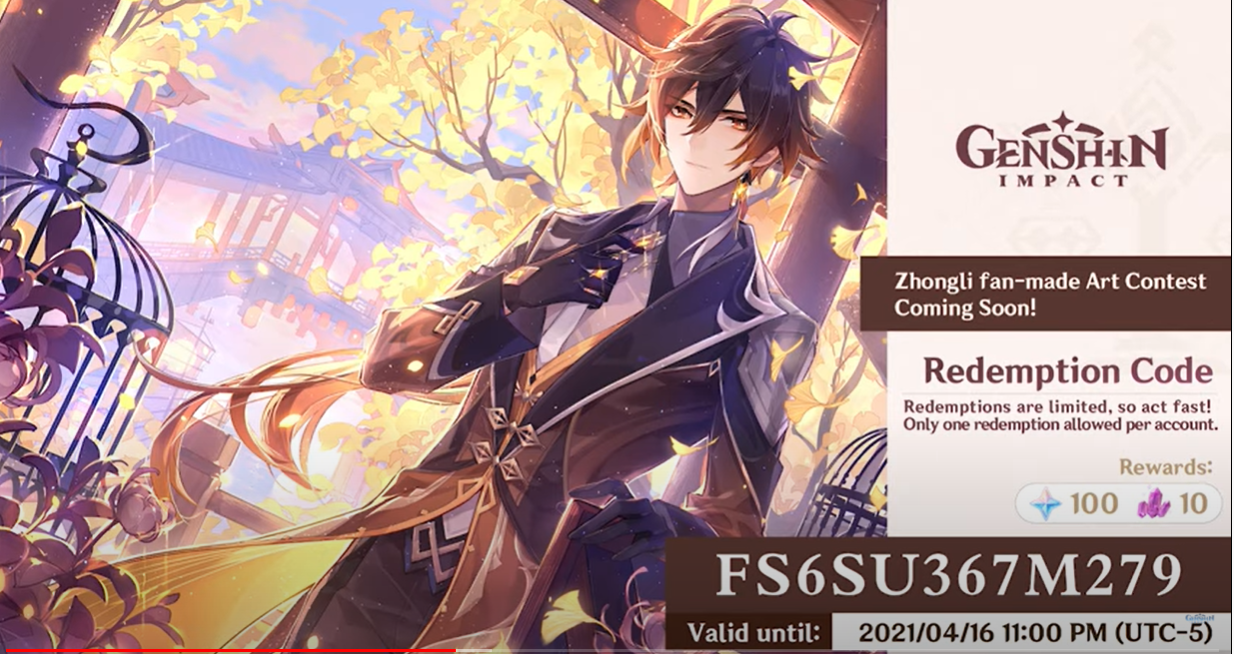 The second code appeared at the 33:46 minute mark.

Finally, the third code appeared at the 45:55 mark.

The redemption codes expire at midnight on the east coast at April 16, 2021. So you need to redeem them today!